Multi-award winning fine art photographer Lorena Cordero’s work merges photography and digital art to create unmistakable, out-of-this-world portraits, which delve into the psyche of her subjects, as well as herself, with every shot. It is this element that makes her work so fascinating; studying “human growth”; Lorena’s intimate series of works often evolve based on the mixed emotions of both photographer and model at the time, as well as being influenced by research into the specific character being depicted.

The evolution of portraiture

The art of portraiture has always been an important element throughout human history. Evolving from the wall paintings in ancient Egypt, portraits were, for centuries, the only way to record a person’s appearance – then came the invention of photography, greatly widening people’s accessibility to this art form.

In recent years, the rise of the ‘selfie’ and modern technology has changed the very nature of portraiture. As a result, artists have taken the art form into new realms, and Lorena Cordero is a prime example of this creative evolution. Growing up in Paris before moving back to her birth country of Ecuador, Lorena also brings a multi-cultural eye to her art. Both playful and emotional, her work with her models has created multiple series exploring the many faces of humanity.

“I love portraits,” Lorena shares, “I love and detest human beings. I love their soul, although I hate the endless twisted labyrinths they/ [we] have to take to get to the soul. I [also] have an enormous respect for the models I’ve worked with. It is not easy to be exposed in front of a camera the way we work.” 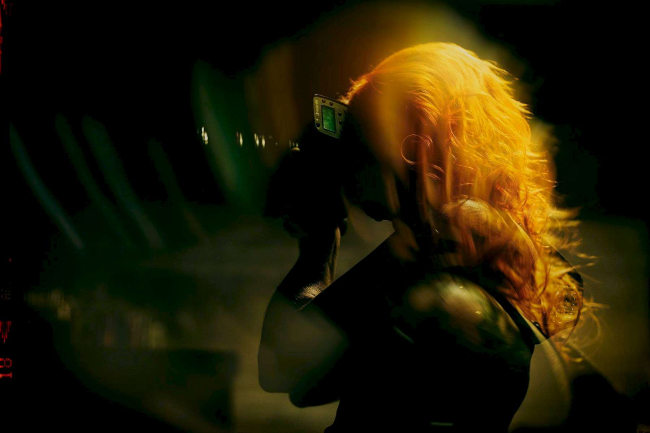 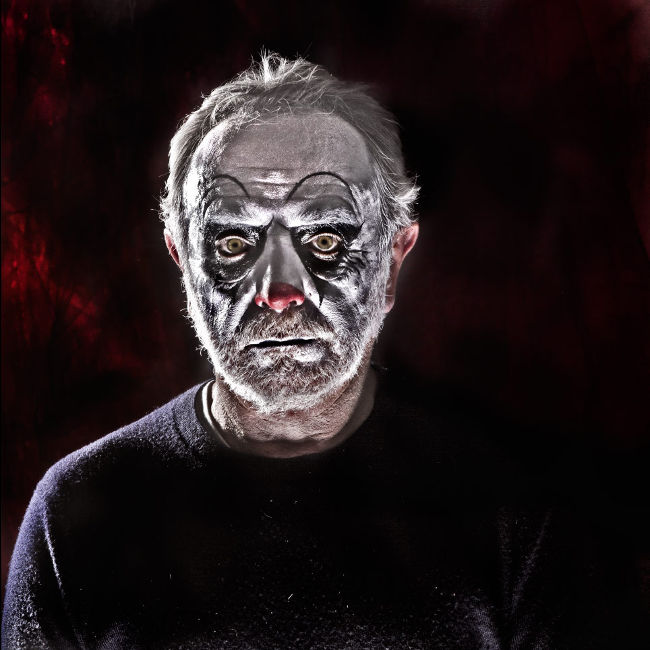 Even if I keep it to myself, it shows (ANIMA series)

“I studied to become a gestalt facilitator.” explains Lorena Cordero, as we chat about the connection she builds with her models. “This led me to work my own issues so I could heal and help heal other people. [It] also taught me to awaken my consciousness and live more in the present. This helped me to be more connected to my subjects, to read their body language and to lead them inside their emotions with a greater sense of empathy and companionship.

“When I’m working with a model on a personal project, I am photographing a part of myself and a part of the model as well. I think that is the magic of photography. I photograph what is there, what I see, what I project and inevitably what he or she projects and feels. The concept of the mirror in the camera is there beyond the existence of the physical mirror itself.”

Lorena’s imaginative portrayals of people led to three central series, which formed her first publication, Laberinto en el Espejo (Labyrinth inside the Mirror). Each series focused on her insights into humanity, forging stark and often darkly surreal artworks which layer image upon image to provide scenes encompassing worlds beyond reality. Though her art can place you far from home, the unfamiliar settings allow you to focus on the characters themselves and explore the symbolism built around them. Below, explore the three central series in further detail. 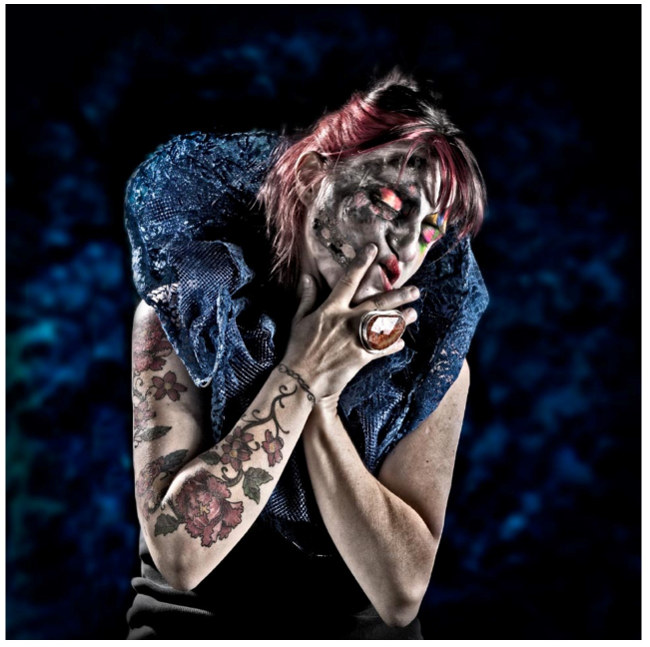 What about Me? (ANIMA)

While the clown can bring mixed emotions, Lorena Cordero utilises this character to explore and portray her models’ most personal emotions. The stark portraits in ANIMA share simple and raw truths – each character feels strangely open and even vulnerable, even though they hide behind the painted masks.
“When I was photographing my series ANIMA, my mother had been diagnosed from cancer. The day she was shaving her head due to chemo I was shooting several people – I was one of them. I took a self-portrait in complete pain, taking my mask away, as I had asked the other ‘clowns’ in the series. I let myself go and cried, feeling my anger and pain in front of the camera. It became so clear to me that allowing my feelings to be photographed, somehow documented, in some way they were free from the boundaries of my body and therefore my soul.” (Image above.)

“I have many stories [from shooting ANIMA], but the one that comes to me over and over is the portrait of Alex. We had a mutual friend, Manuel, who was murdered a month before the shooting – Manuel was his best friend.

“I asked each portrayed person to show me his or her most hidden or recurring emotion. The one that makes us choose our daily mask. Alex said he wanted to work on a peaceful side. He asked that his makeup should go downwards. Finally, he asked me to take his portraits from above [bird’s eye view]. I let him be. The body speaks the truth. The head doesn’t. I started shooting, as I started to check on my camera screen he asked me to show him. We then saw the images together. It was absolutely shocking. He looked so much like Manuel, lying on the floor bleeding. The makeup and posture he chose was his unconscious speaking. He started crying and sat. I started shooting, we actually cried together. It was so honest and intimate. Beautiful!” 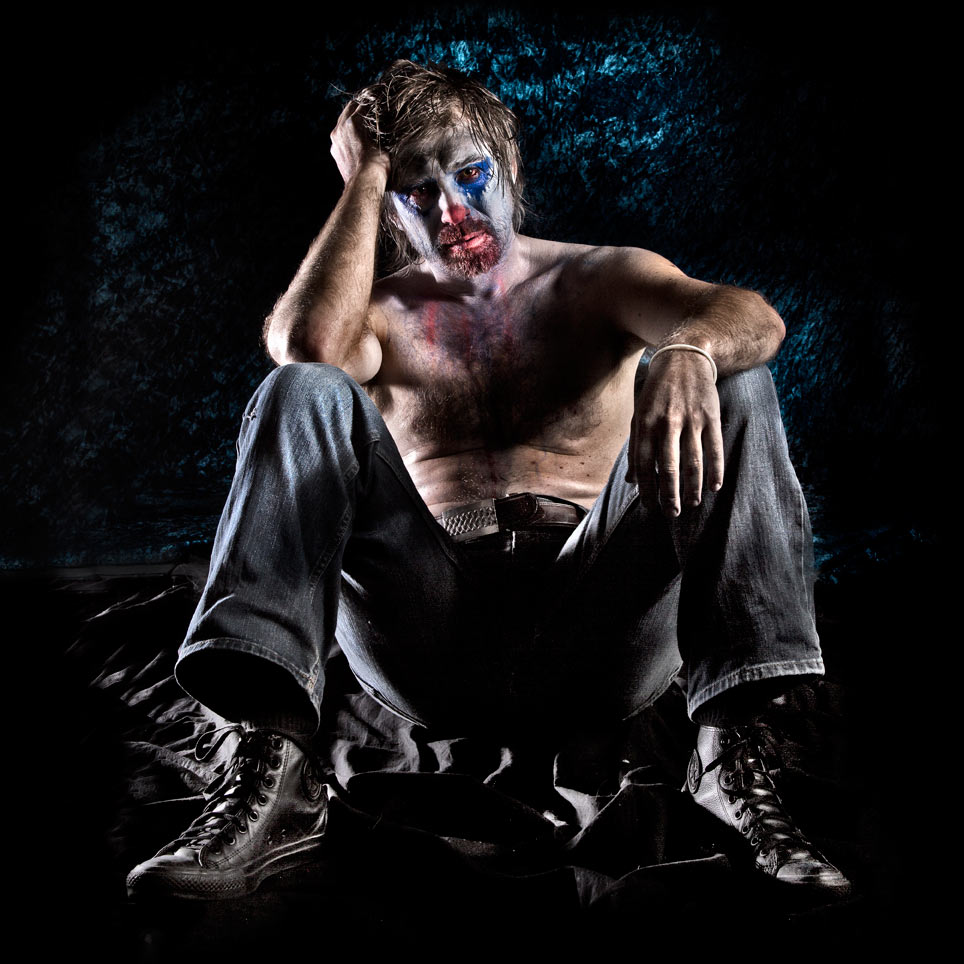 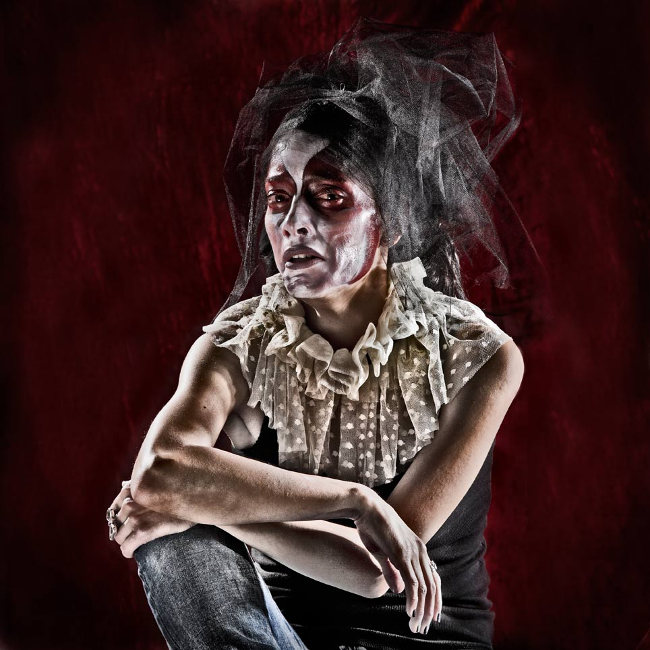 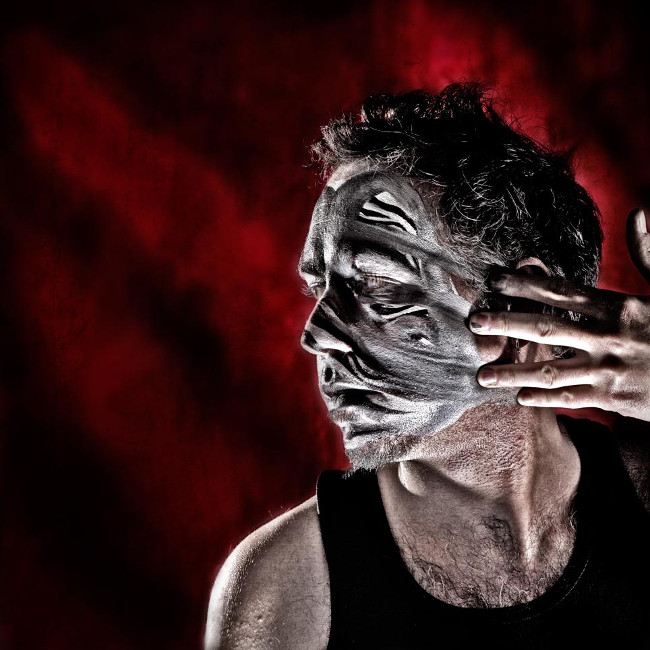 I can’t take no more

Once Upon a Time

The first series in Laberinto en el Espejo, Once Upon a Time, provided fresh interpretations of well-know folklore and fairytales. Lorena saw the original stories change over the years: harsh and gruesome stories turned into fairy tales with happy endings. “[But] what would have happened to Pinocchio years later, would he have become a good boy?” Lorena questions, “Would lies have filled his life? And what about Snow White over the years? Could have Blue Beard slept peacefully with so many homicides in his mind?”. And thus, Lorena Cordero’s alternate endings were born.

“I enjoyed shooting that series a lot.” She shares, with a smile.

Her stories, however, represent more than just fun re-tellings. Each image strips away our connection to the sterile ‘happy ending’; it takes away the sugar-coated pill to remind us of how life goes on. We continue to need love and support to flourish, we must live with our sins, and not everyone can move on from significant life events. The only real ending is death. 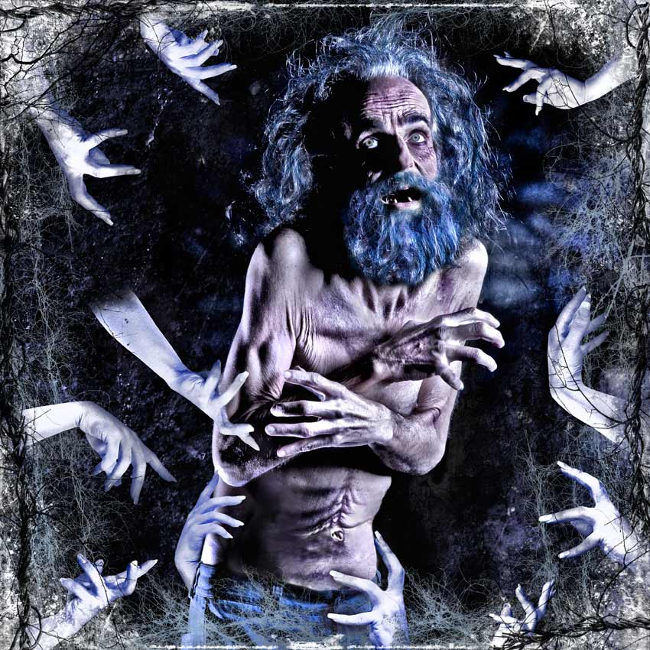 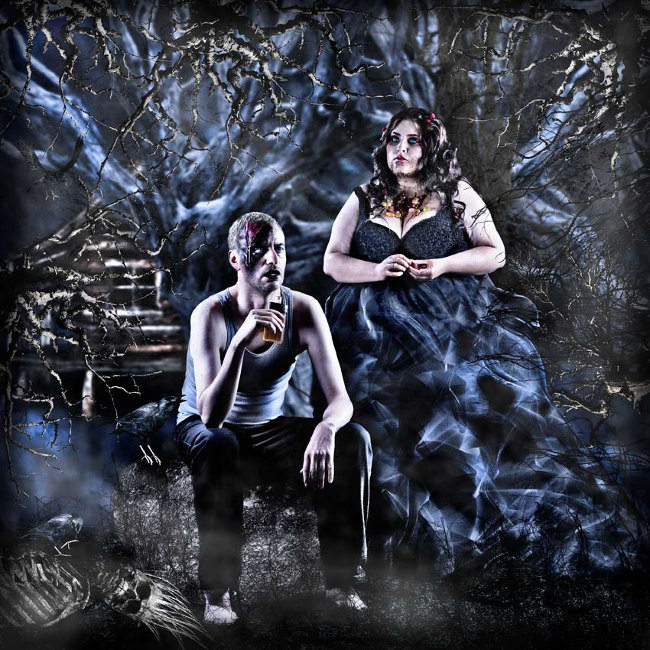 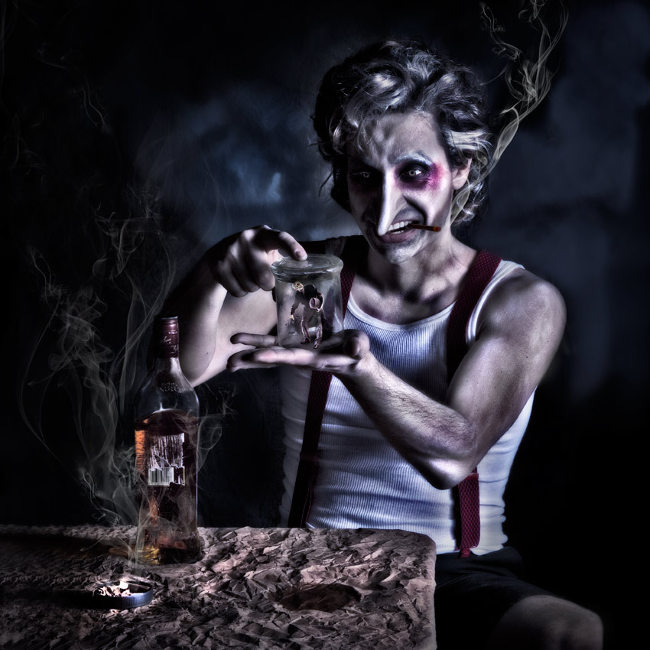 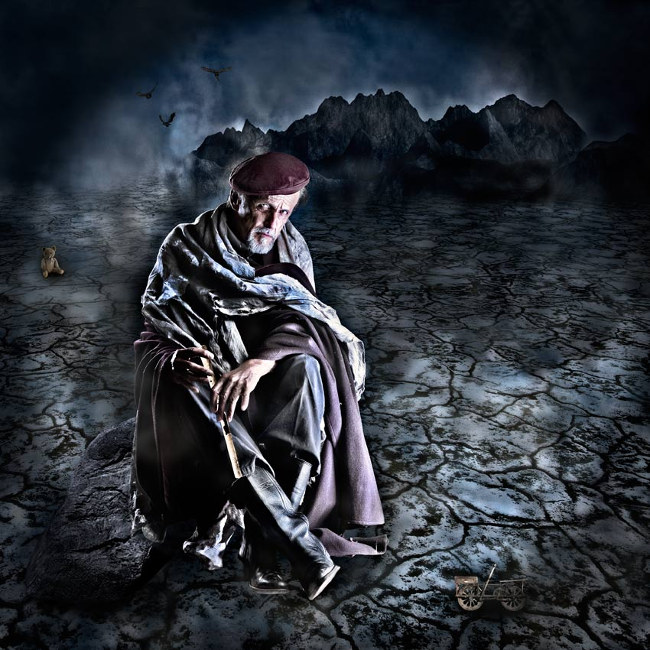 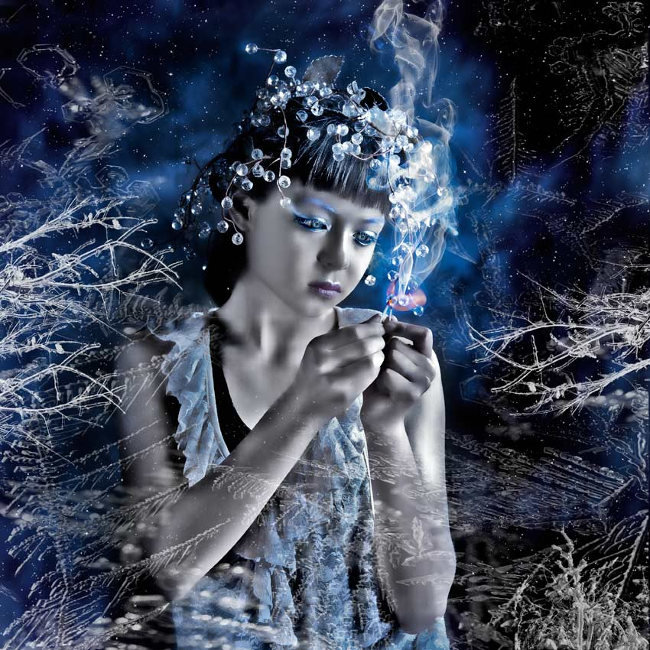 “EGOS was born after a workshop with Gabrielle Roth.” Explains Lorena Cordero, “She created the 5 Rhythms: a meditation through dance, which taught me to explore within myself in a deeper level of consciousness. The workshop was about the ego. I decided to somehow pass on what I had learnt through photography. When I look back, I see how at that time I was already working with my emotions in my images.”

“We are all enfolded in layers and crusts we build day after day in an attempt to protect ourselves from pain, fear, and grief. The ego is made up of these layers – it wants to emerge in different ways. Egos is born from opposite poles, from the eternal human duality. Sins and virtues are nothing more than aspects we have undergone at a given moment. There are, however, some that are closer to the soul than to the ego.” 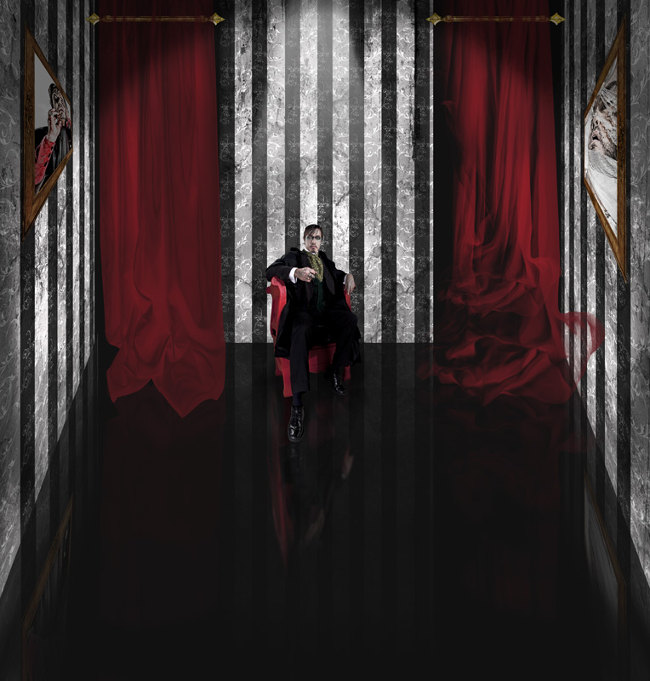 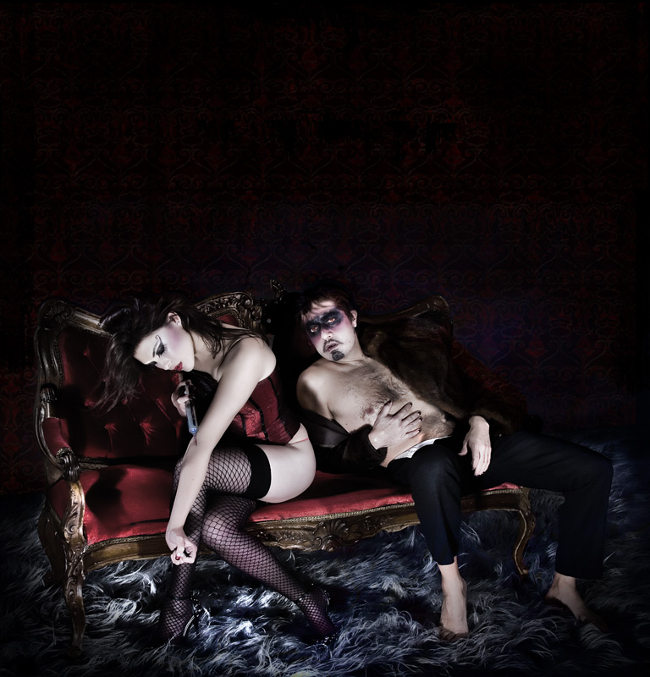 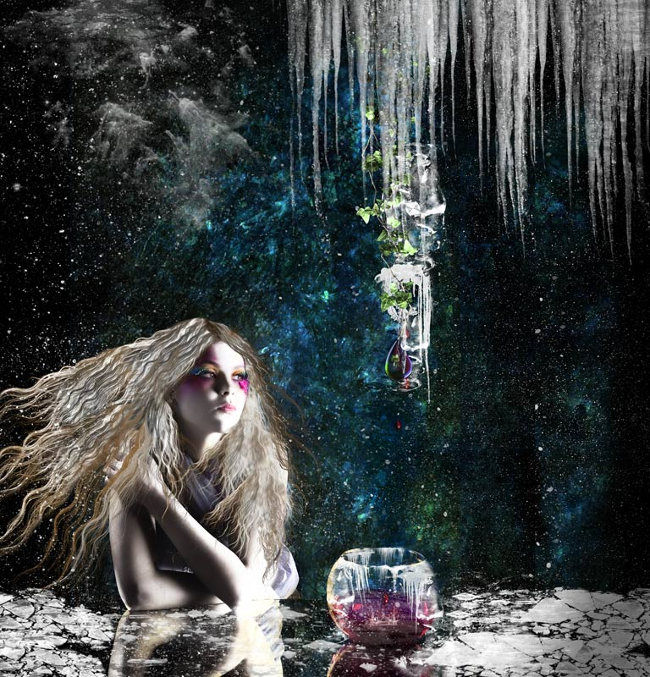 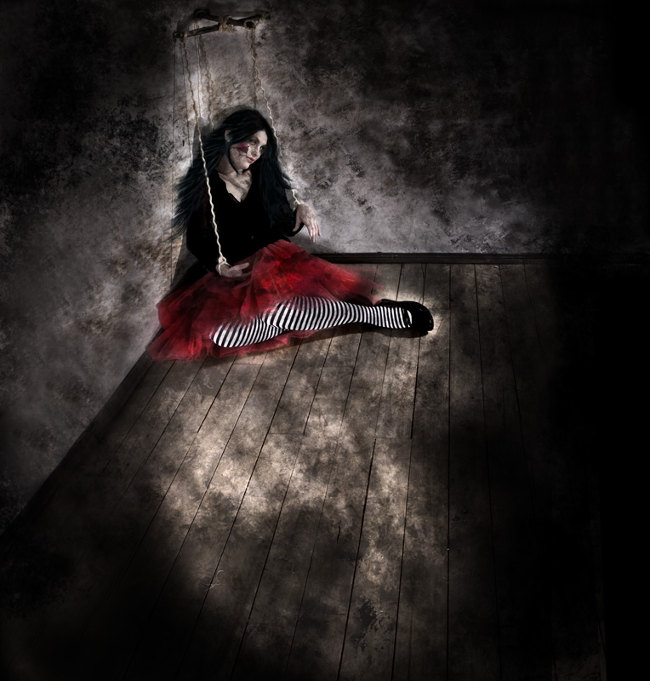 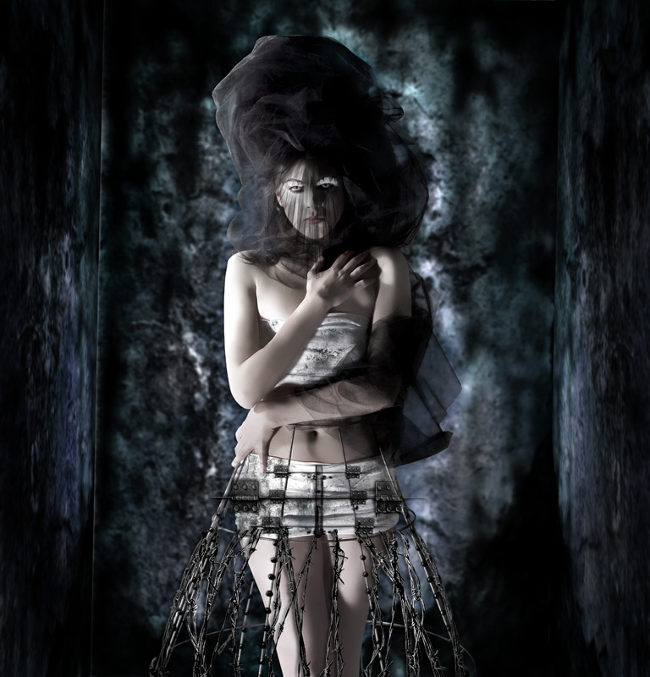 Lorena’s journey, both intimately and professionally, has helped her to reach deeper levels of spirituality which can only further benefit her photography. Since releasing Laberinto en el Espejo, Lorena has been working on two new series, Your Majesty the Queen and AURA, which further log her personal growth through images.

“We, as people, are full of layers. When you take away one layer there is another, and so on. We’ll never finish peeling away all of the layers because we are in a state of constant learning… I feel that for now my path and needs have taken me to seek through my projects deeper ways to grow.”

Lorena Cordero will be releasing her second book of photography later this year covering her newer series.

Tomohide Ikeya: Life Vs. Death With the Gasp of One Breath 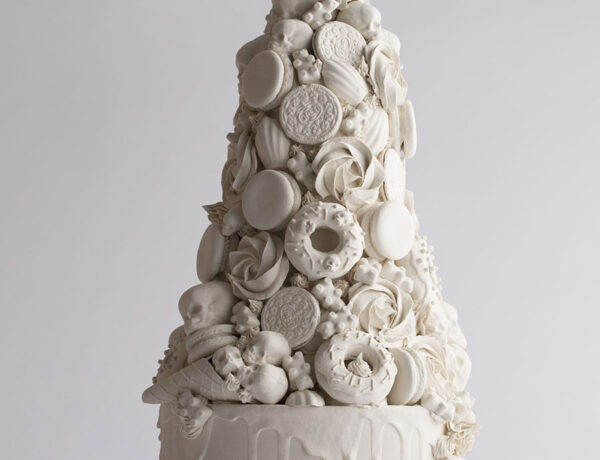 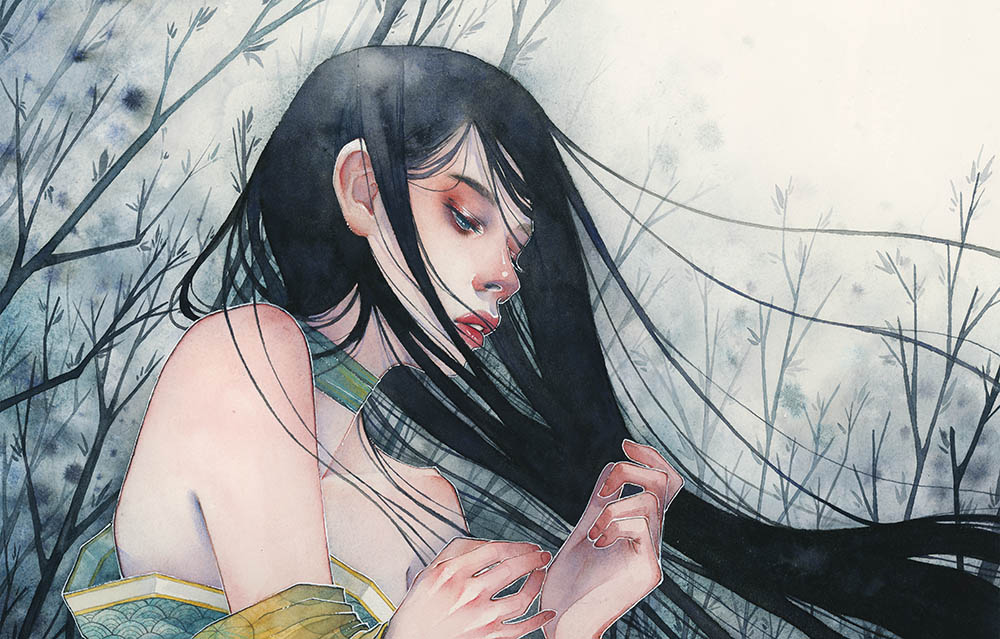 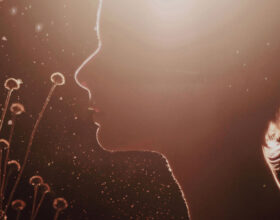