Exploring Kaitlyn Stubbs’ ‘So Far in a Few Blocks’ Exhibition 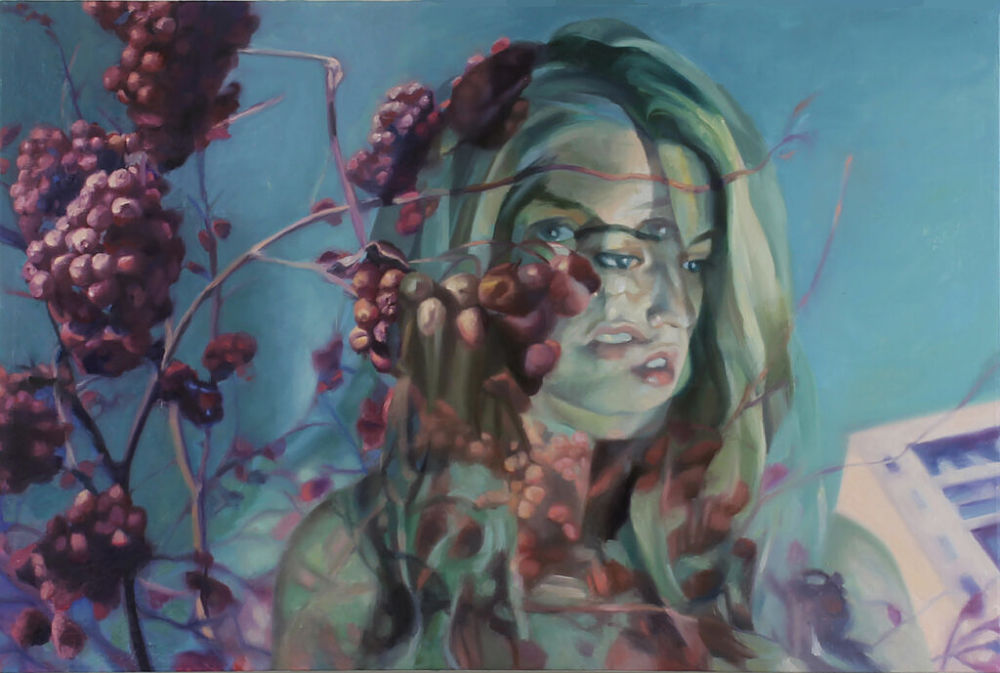 Kaitlyn Stubbs’ practice explores the conjunction of memory, emotion, identity and time through a combination of technical approaches. These include photorealism, expressionism, cubism, and futurism. Her paintings act as palimpsests, which are parchments used for writing in many ancient cultures.

The animal hides the parchments are made from were valuable commodities. They were scraped clean after each use and recycled. The buried remnants of erased text remain in a ghost imprint which scholars carefully excavate and interpret. Kaitlyn Stubbs’ cinematic paintings ask the viewer to detangle overlaid images and infer meaning. What results are dream-like narratives about the progression of time and the fluidity of perception.

The artist presents an exciting solo show of paintings at Gates Gallery in Colora, Maryland, on view May 14 through July 14. This exhibit is the culmination of the Eric Fischl ’66 Artist-in-Residence Teaching Program at West Nottingham Academy. WNA collaborates with Stubbs’ alma mater, the New York Academy of Art, where Fischl is also a senior critic. NYAA is an MFA program and has graduated notable alumni including Will Cotton, Aleah Chapin, Elizabeth Glaessner, Ali Banisadr, among others.

These new paintings catalogue the artist’s environment and experiences living in Brooklyn during the pandemic of 2020. The title, So Far in a Few Blocks, is taken from a St Vincent song about loss, transition and grief in NYC.

Kaitlyn Stubbs creates gestured translations in oil paint of personal iPhone photographs. Each photo documents her immediate neighborhood, her domestic interiors and her intermittent social interactions. The end result is an affecting new direction enshrining crisis and absence in jewel-like delicacy. The works are intimate, all 9 x 12 inches, and proportionate to the standard iPhone photo display setting. Like her older work, they also operate as palimpsests. Rather than a stacking of physical image, they stack concept and ontology.

Under lockdown, I spent a lot of time looking out the window and noticing the particularities of my surroundings. I found myself almost compulsively taking photos as an act of seeing, recording, processing, and offloading. My phone became my default gaze.

The pandemic exploded. Mediated perceptions of our smart devices transformed from convenient distractions to vital windows almost overnight. The virus mutated from newscast background noise, an unlikely catastrophe in late December, to declarations of national emergency. New York locked down on March 22nd. Americans hoarded supplies. They disinfected their groceries, their hands, and spun their wheels indoors. All the while they moderated and compared new behaviors to those of parallel, mediated peers. Togetherness became dependent on a technological illusion.

Kaitlyn Stubbs found her apartment surrounded by potent symbols of the crisis, now immortalized in the popular imagination. Each symbol features in these paintings. The “few blocks” surrounding her apartment include one of the most devastated hospitals of the period, Woodhull Medical Center. A block away to the right is the original Pfizer Building. Pfizer, of course, has helped to alleviate the crisis through their revolutionary mRNA vaccine. A 5G tower sprouts from her own building’s rooftop. Conspiracy theorists were quick to link the burgeoning internet technology with the outbreak.

The paintings assume, as part of their title, the date of the reference photograph. This invites the viewer to follow the progression of the crisis.

In the painting February 9, 2020 (5G Tower), a worm’s eye perspective of the artist’s building documents a street of haphazardly parked cars. No one is outside in what is a very populated, small area. Orthogonal lines direct the viewer’s gaze to the precipice of her monolithic building crowned by a 5G antennae. The side of the building, facing the picture, plane is windowless. A storm cloud shades the otherwise bright day.

On February 2nd the first known coronavirus patient dies outside of China. In two days from the 9th the W.H.O. officially names the disease Covid-19.

In April 8, 2020 (Clementines, Flowers, Floor / Pic from Hollis) A bird’s eye view of a still life sits above a checkered floor. The scene is domestic and meditative. By April 2nd, 10 million Americans had lost their jobs and over a million infections were documented worldwide.

This work offers the most non-human visual perspective of the ten paintings, like the viewer is floating. Out-of-body experiences are a common response to trauma. Victims of crisis often report the sensation of floating or watching themselves from above. Entangling interior beauty from an impossible vantage with the date in the title is a profound example of ontological palimpsest.

I find the process of snapping a photo then translating it through paint to be a meditative and transformative exercise in slow looking — imbuing care and tenderness into the image, a quasi-cyborgian collaboration between my phone and me.

Beyond the repetition of cultural symbols associated with the disaster, Kaitlyn Stubbs establishes a set of personal hieroglyphs. They include references to fire, electric wires, cage-like balconies, crosswalks, empty cars and windows. In discussion, Stubbs referenced the glass screens of smart devices being the same material as exterior windows. Clearly, During the pandemic no one could leave through either, but they could look.

By expressively reinterpreting documentation of her personal environment, she warms the cold vision of the machine eye with humanness. That humanness, prevalent and semi-hidden, sometimes feels bored, sometimes isolated but mostly revelatory in the spatial details of visual experience.

These paintings are executed with the immediacy of John Singer Sargent’s expressive realism. They render the stratified truth of the crisis, captured as mediated technology, through transformative mark making, humanity’s first method of documentation.

Society has come to a point in technological evolution where virtual imagery is prolific enough to threaten our subjective experiences. In a profound and material way Kaitlyn Stubbs imbues warmth and hope in the reinterpretation of an unimaginable human disaster. The disaster is not only the pandemic but the potential loss of unmediated sight. All we can control as humans is our subjective perspective and personal actions. It is a hopeful gesture to make art as an act of processing loss. So Far in a Few Blocks transforms grief into beauty. 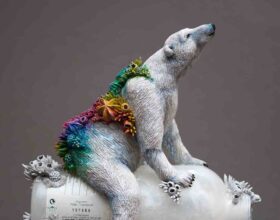 Beautiful Bizarre Art Prize: Check out some of the great Sculpture entries! 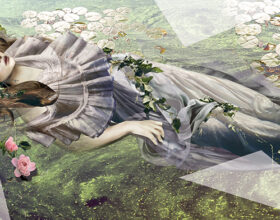 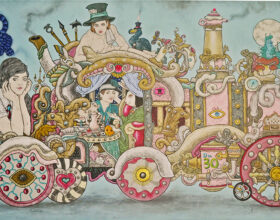 The Phantasmagoria of Gromyko Semper: Interview