“When I’m old, I want to be saying, ‘We were there to see the moment when women could go outside and feel safe, when they could feel secure in the workplace,’ and I’m so excited, because it’s starting to happen; women are becoming the protagonist.”

Figurative painter, Kathrin Longhurst, contributes to this vision of her future with her artwork. 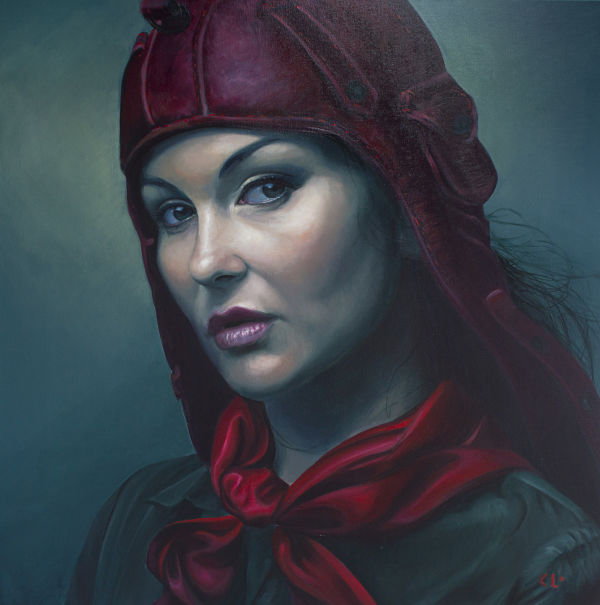 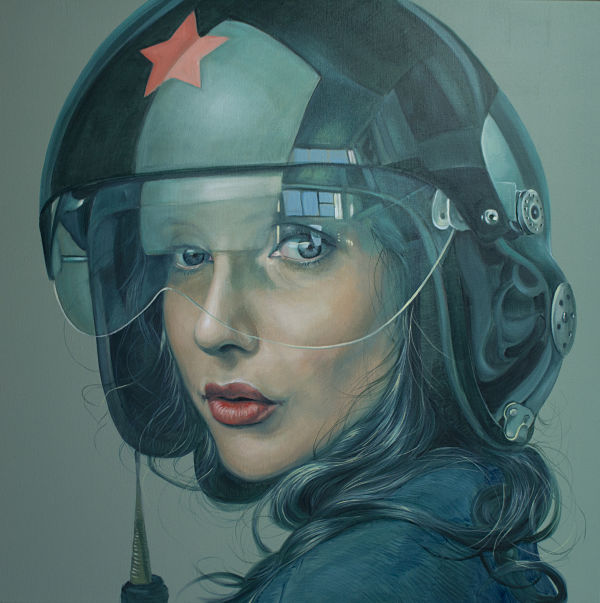 The effect of the mediums Kathrin uses create a nostalgic atmosphere; a reflection of history blending with the strong profile of the female character today. Both of these mirror Kathrin’s own life experience, her childhood spent in East Germany behind the wall, before moving in adolescence to Sweden and being exposed to a socialist, democratic world. 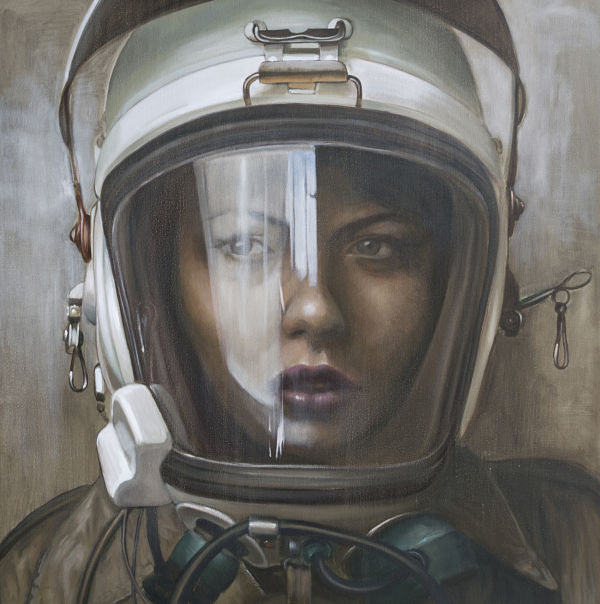 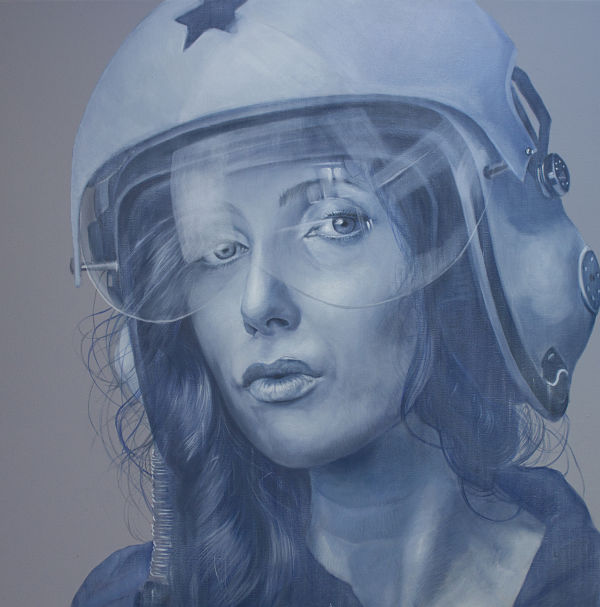 Her life experience is threaded throughout the exhibition, with her figurative paintings of women wearing military gear contrasted with different elements expressing their femininity. Using rich, intense and dark colours that, in her words, “want to be heard, and want to be seen,” she expresses the power in female sexuality. 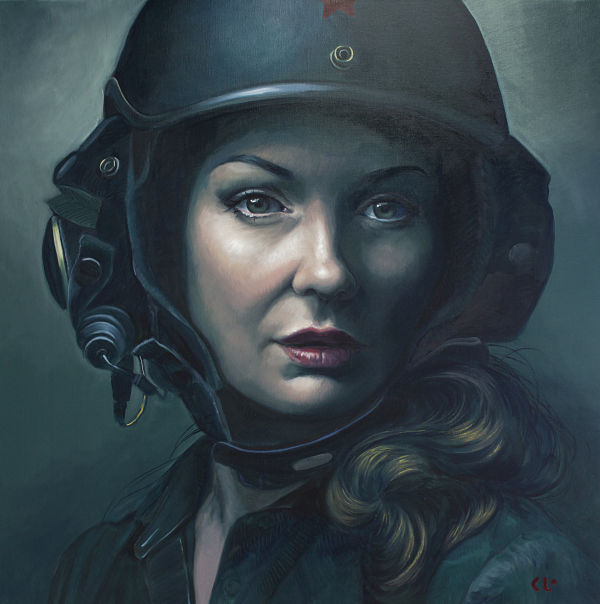 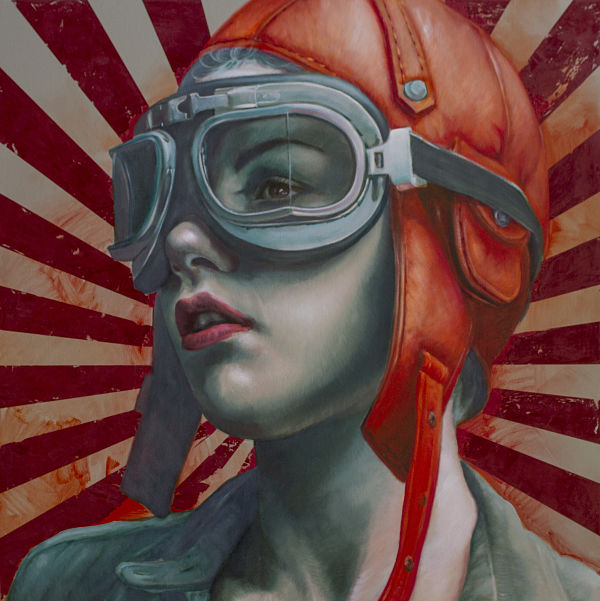 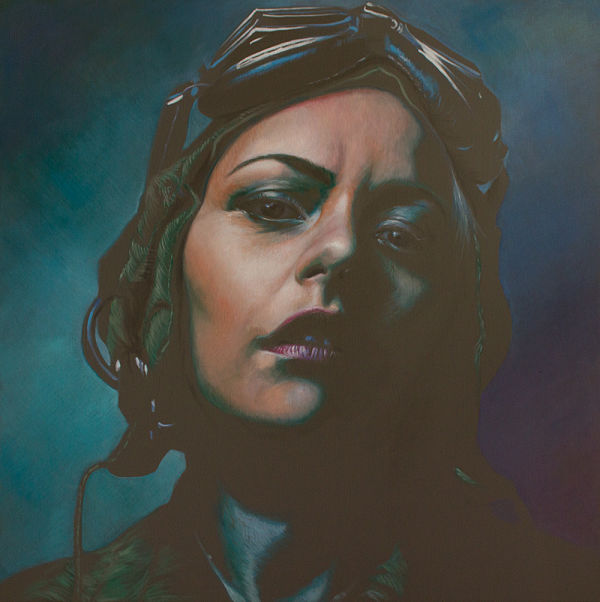 While her upbringing is reflected in her paintings, Kathrin also draws inspiration from modern day female fighters, such as Malala Yousafzai, an activist for female education, Michele Obama, former First Lady, and in Australia specifically, Rosie Batty, an activist campaigning against domestic violence.

All of these influences are represented in her exhibition, with the triptych titled, “Ode to Feminism,” drawing upon each of these. The centre piece of the triptych was inspired by Eugène Delacroix’s painting, “Liberty Leading the People,” and hosts a more modern bare-chested Liberty to bridge the gap between past and present and highlights the transition that is still happening for women.

Just as the need to represent strength is important, so is being proud and accepting of femininity. “Blush,” “Chanel,” “Coco Noir,” and “I Love You” each further intensify the balance between strength and feminine sexuality, mixing perfume, bullets and hand grenades to show that women don’t have to give up one aspect of themselves to embrace another. Both are natural elements of their character. 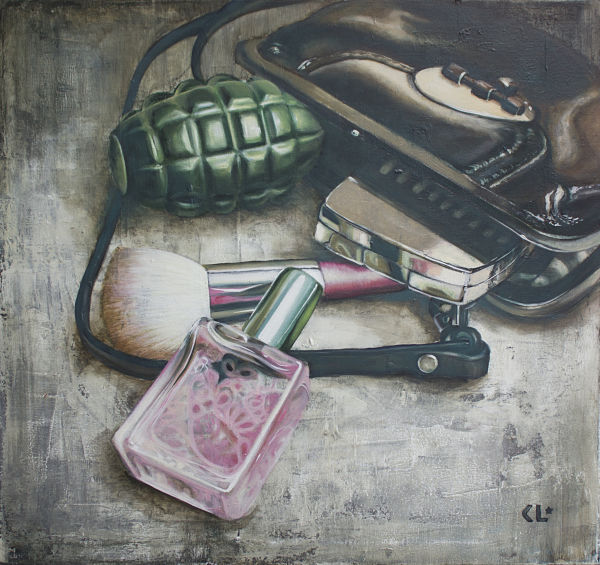 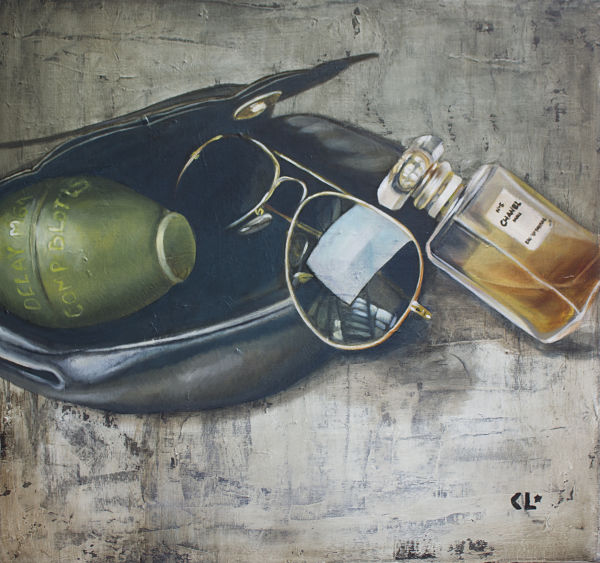 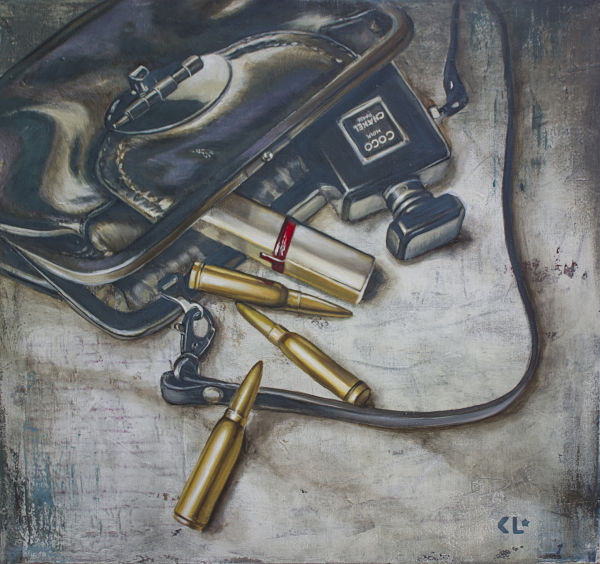 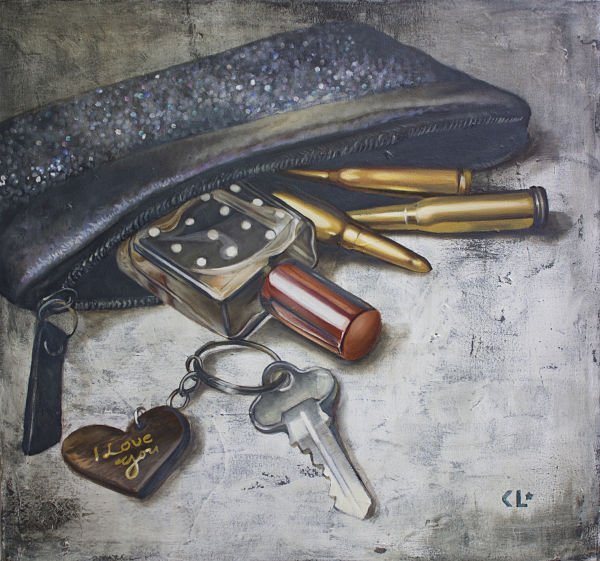 During our interview, Kathrin discussed how the movement on female recognition and empowerment is expanding in the art world, with others championing the cause of promoting equality for women. Many of her pieces have been  acquired by The Bennett Art Collection, which focuses their Collection solely on figurative paintings of women by women.

“They noticed that work by women artists makes up only three to five per cent of permanent collections,” she says. “They focus on only collecting pieces created by female artists to do their part to change this. It’s really wonderful.”

Getting a glimpse into her studio during our interview impacted my own perspective on female power, and her exhibition evokes intense emotions of vulnerability, strength and pride. Don’t take my word for it though, go see for yourself and keep an eye out for an upcoming show along the Gold Coast in October, 2018. 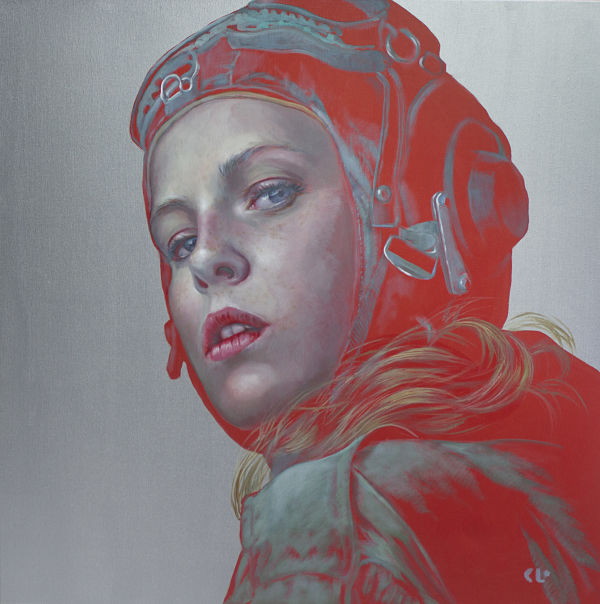 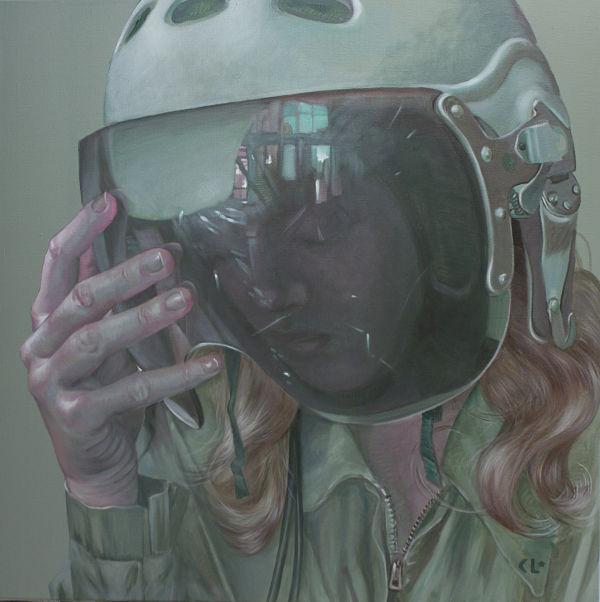 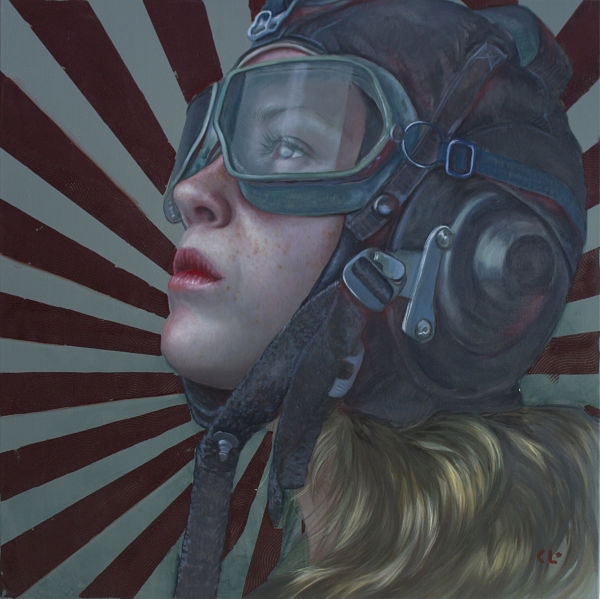 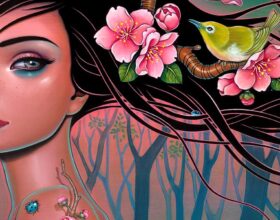 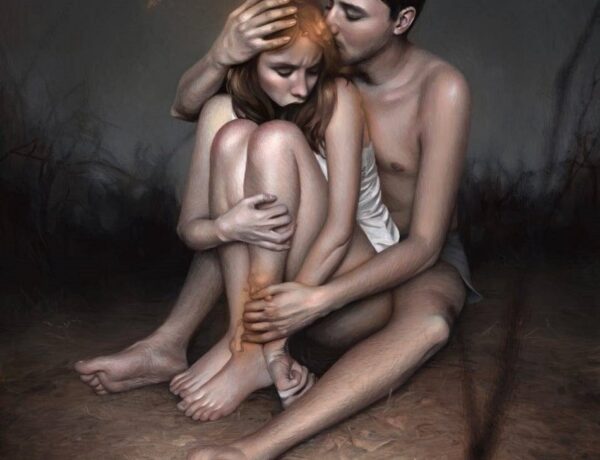 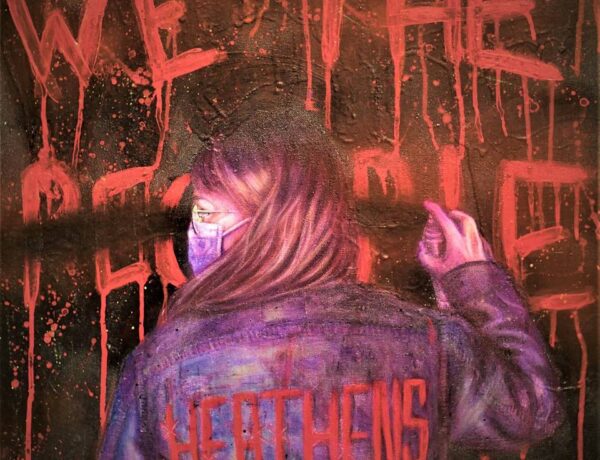