In tonight’s dream, you’ve sipped from Alice’s “Drink Me” flask and speedily shrunk to the size a wee mouse, but instead of tripping through wonderland, you’re parachuting dreamily into the assemblage art of Kris Kuksi, where you are encircled by Baroque-influenced, H. R. Giger-esque landscapes. Anxieties aside, you are awash in a world in which your beady little eyes stumble and trip across a flotsam of miniatures that both enrapture and frighten. 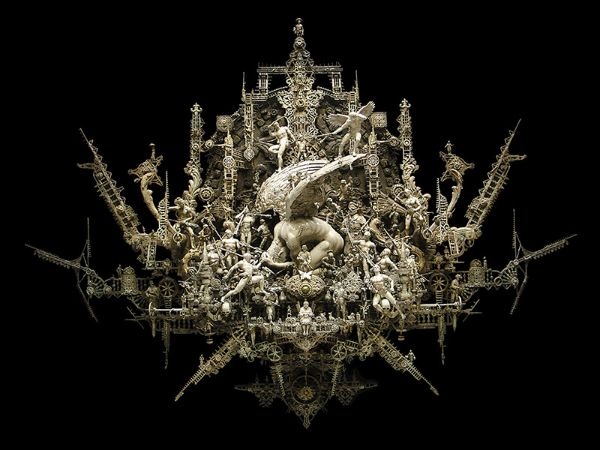 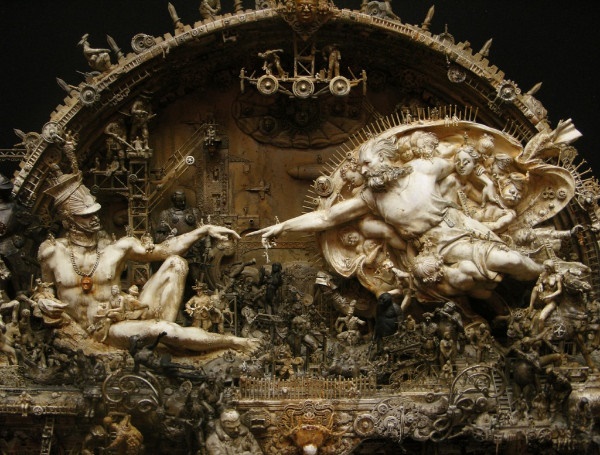 “The intricate details of the assemblage,” Kuksi’s website states “bring to life the nuances of the narrative, and it becomes clear, that every one of the thousands of pieces within was chosen, plucked from this vast world of material objects, and placed with intention in the context of the sculpture.”

And if one must make an auditory comparison, Icelandic post-rock band Sigur Rós fits the Kuksi bill, for its experimental, extended vocalizations, tinkling chimes, and bowed guitar execution (all supported by dramatic, rolling drumming) the album bolsters the emotionally complicated atmosphere generated by the artwork. Look up their 2013 album “Kveikur” and spin it while viewing the work. I’m sure you’ll get the reference. 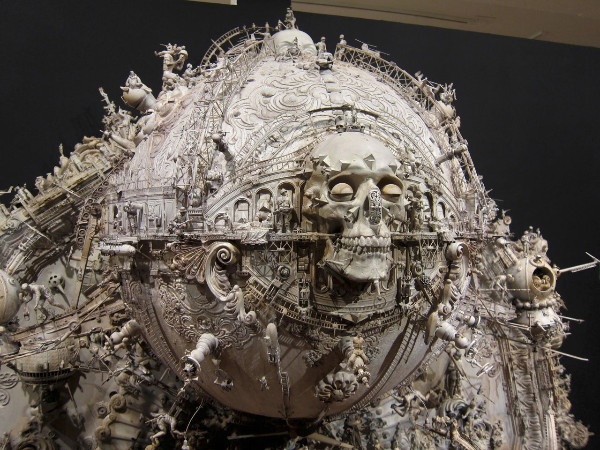 The recurring scroll and swirl motifs implemented by the Kansas resident and father of three, evoke an ancient Gothicism bathed in the monochromatic, form-freezing ashes of Pompeii, while Kuksi’s underlying structural elements of circles and rectangles halt the complexity of the metropolis-like gestalts that unfold in this work. Here we are given the visual springboard of compositional symmetry and uniformity of color, and from that place we can safely dive into the chaos and wonder of these meticulously assembled worlds, that present like a horn of plenty spilling forth its splendor of weapons, wings, and wanton lust. 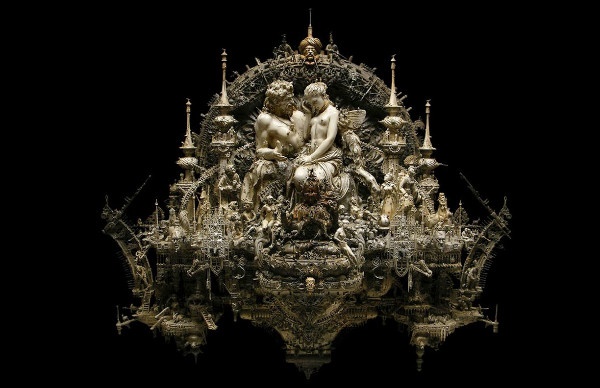 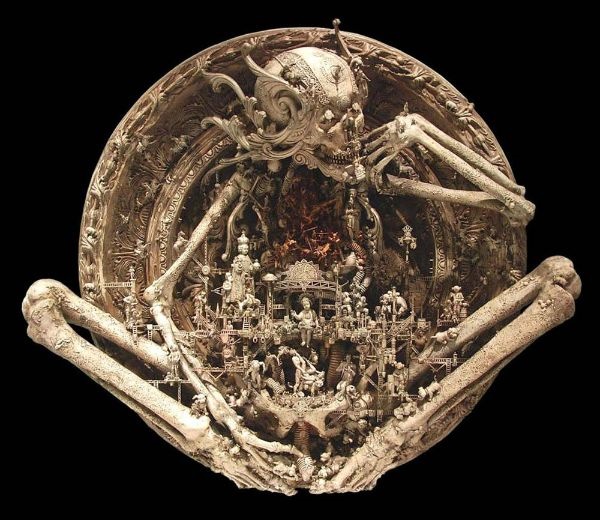 In his book, “How To Look At Modern Art,” Philip Yenawine states that “Art is supposed to operate as a medium of communication – which implies that we understand it – acting as an outward sign of interior truths.” Kuksi’s impressive track record (more than one hundred exhibitions worldwide), and solid fan base (58K followers on Instagram), prove he’s a solid communicator who speaks in symbols and structure  us humans can understand.

In a world in which the constant bombardment of various digital magnets such as iPads and smartphones have stolen our hungry attention spans away from real, sensually-immersive (as opposed to “virtual”) experiences, artworks such as Kuksi’s serve up an imperative meal; one that satiates our fundamental need for a terrifically romantic, terrifying story.

Keep a watchful eye out for Kris Kuksi’s upcoming October 2017 exhibition at Joshua Liner Gallery in New York, and stay plugged into his work via Instagram, Facebook, and on his website. You can also pre-order his forthcoming book, “Kris Kuksi: Conquest,” which includes 200 color reproductions and intricate details of his works,  by clicking here. 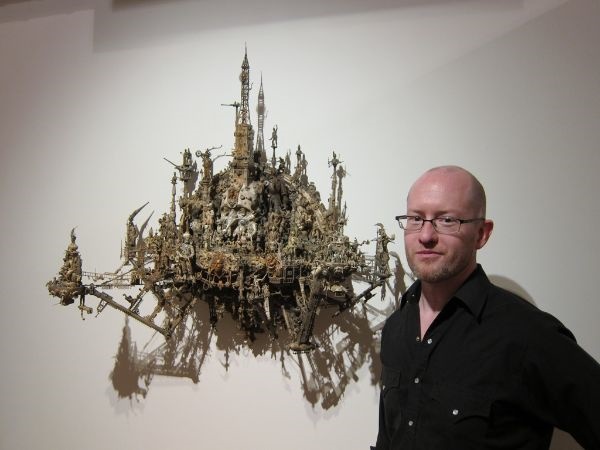 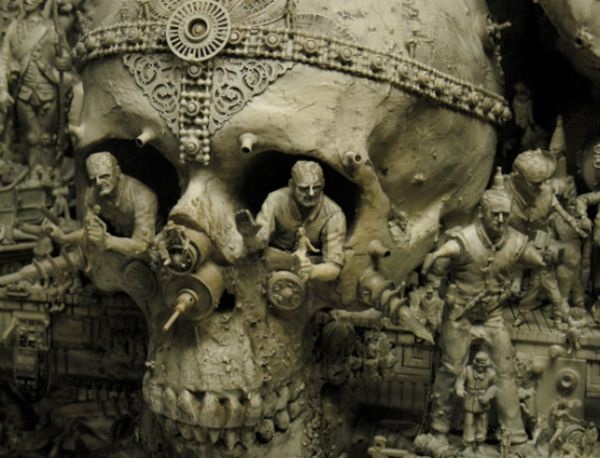 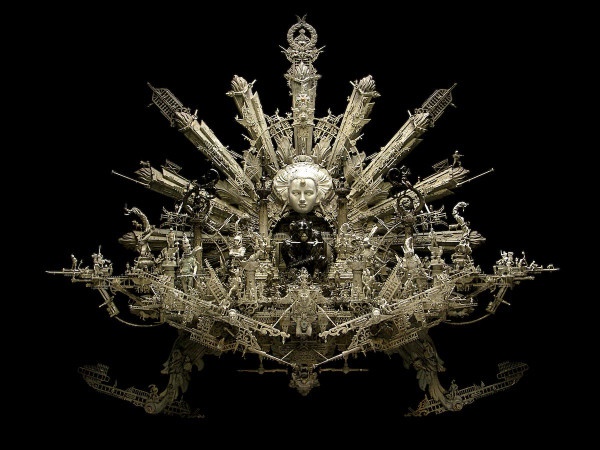 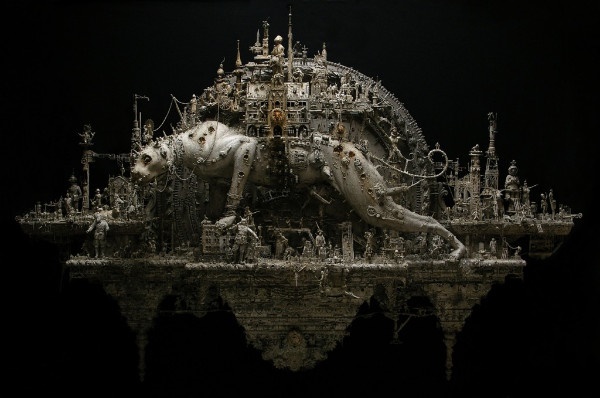 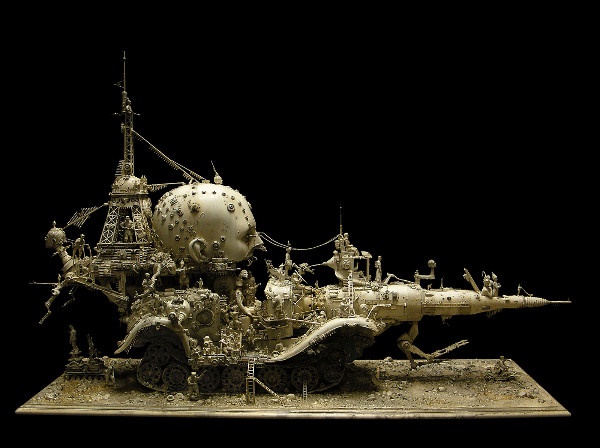 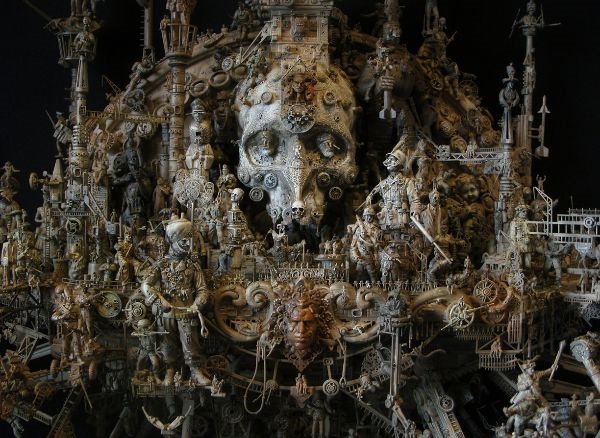 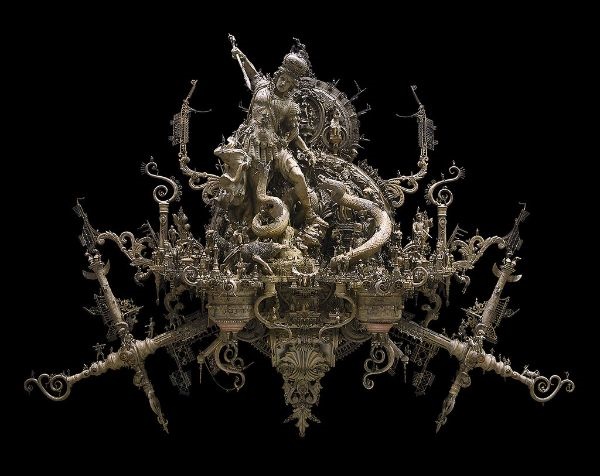 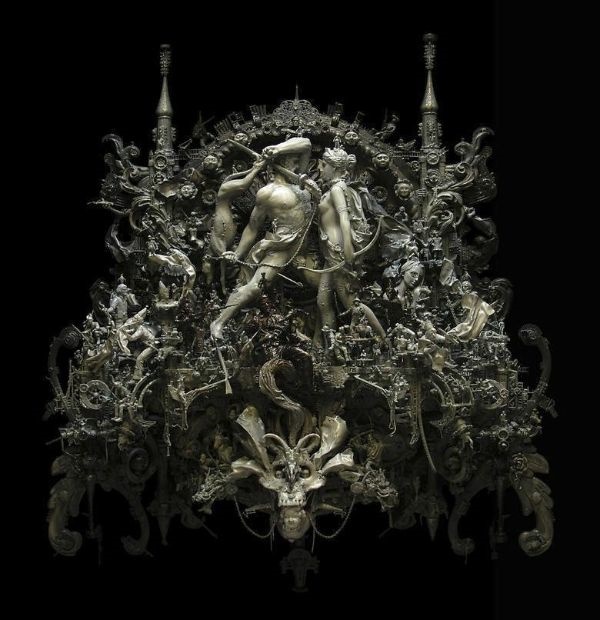 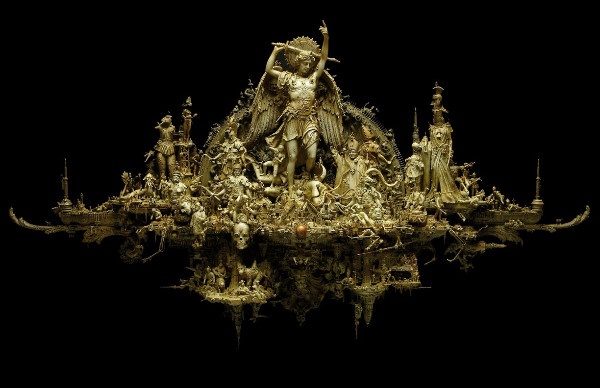 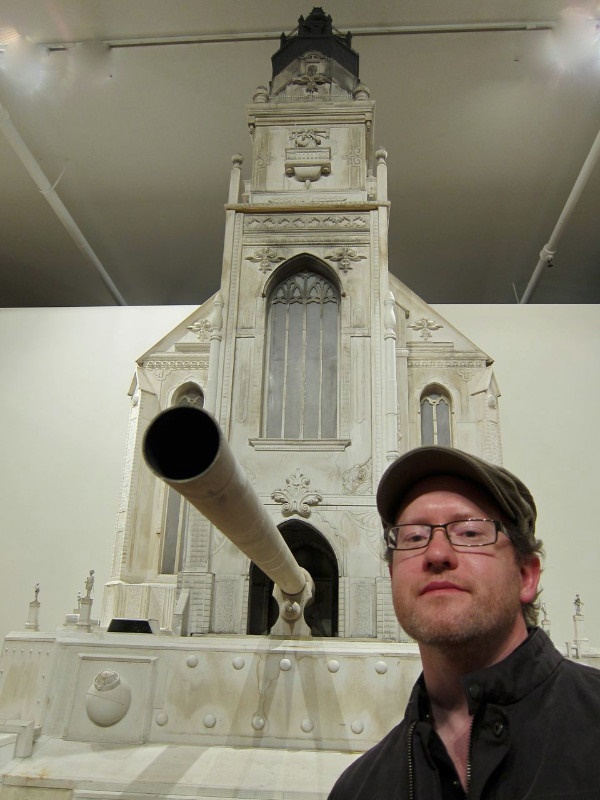 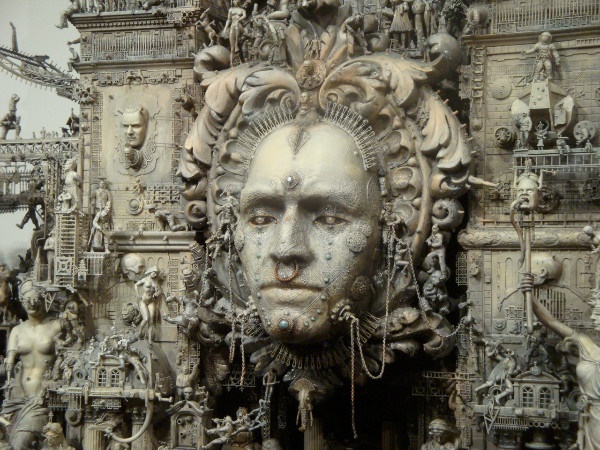 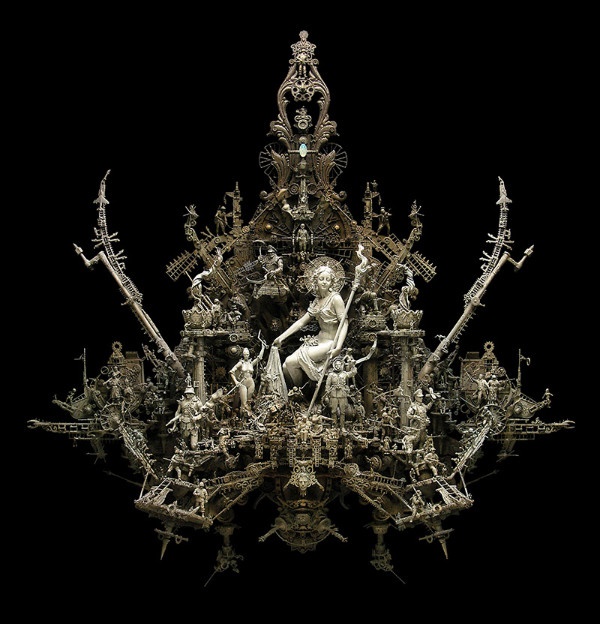 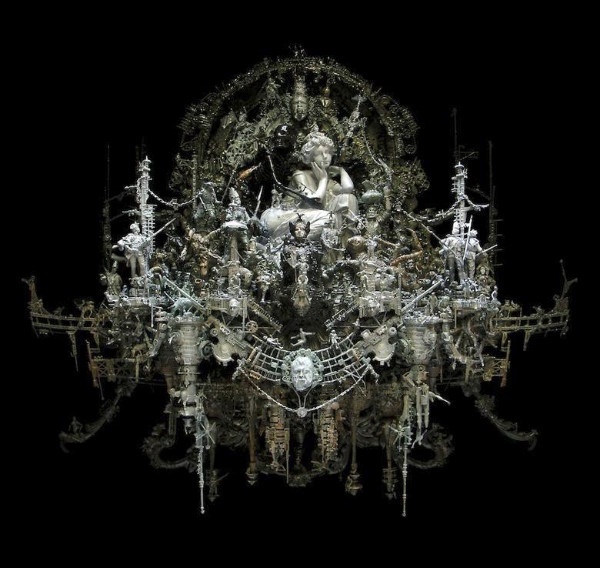 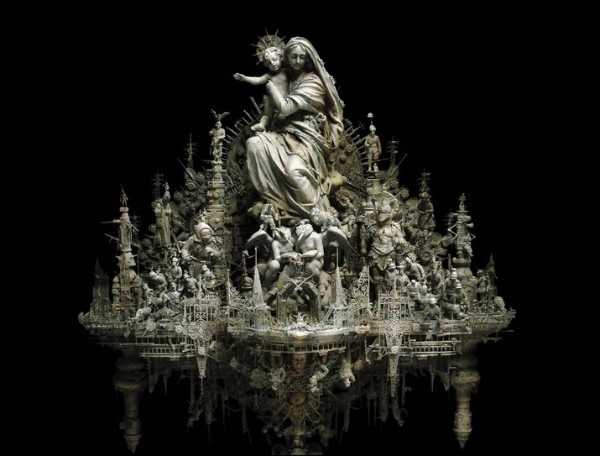 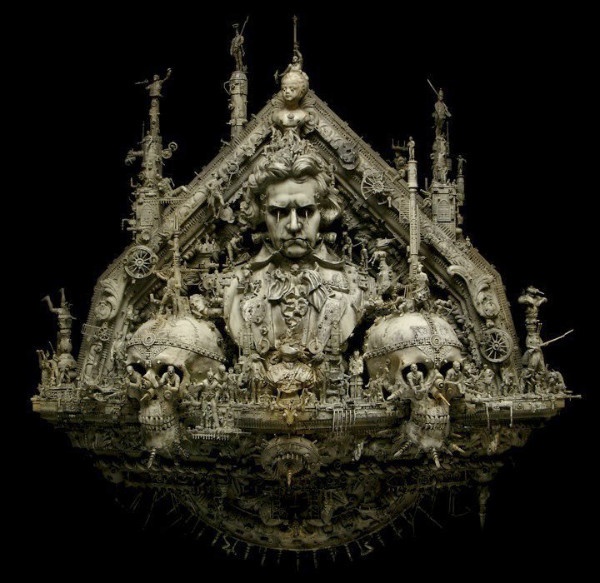 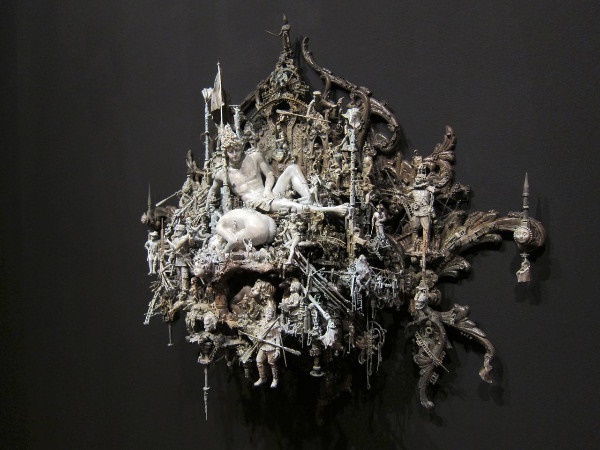 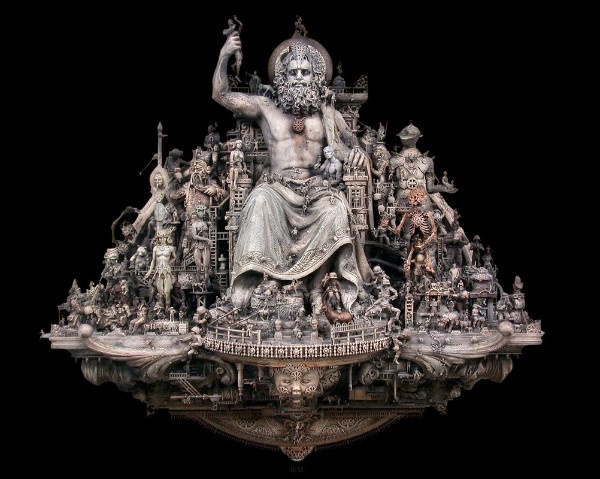 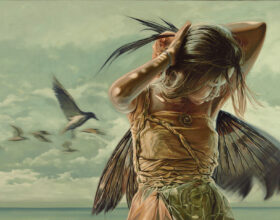 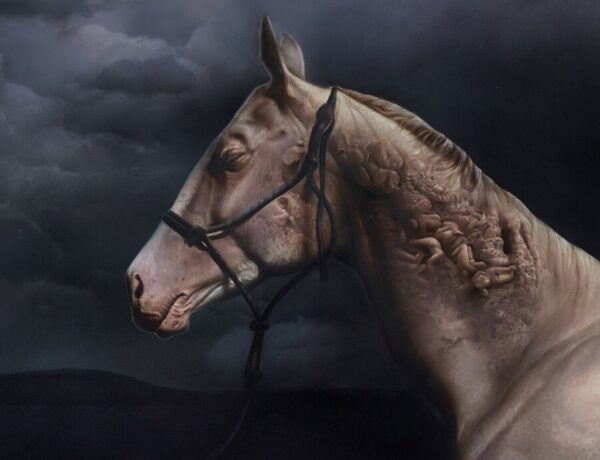 Roland Mikhail: The Long Signature of Time and Devotion 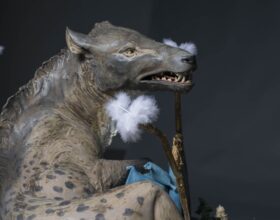