What happens when modern life feels as though it’s spinning out of control? Scandinavians seeking a natural remedy for an unbalanced emotional state may choose to engage in the uplifting, nature-centric practice of friluftsliv (“free air life”). Those in the Japanese culture might practice shinrin-yoku (“forest bathing”), in which deeply ensconcing oneself in the woods yields meditative and naturally medicinal benefits. There’s another marvelous spirit-elevating option, however. Opticfantasia refers to the fine art of getting lost in Scott Mills’ stardust-injected representations of a kaleidoscopic kamikaze Mother Nature. Ohhh. You haven’t heard that term before? Well your peepers know exactly what I’m talking about and I have every confidence that your brain will catch on really soon. 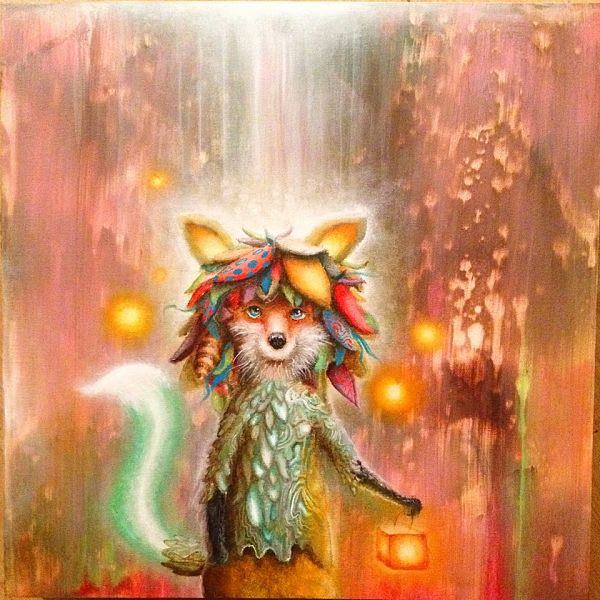 These fantastical wildlife scenarios, rendered in an insanely electric jellybean palette, give the eyeballs a wonderful reason to do happy little aerobic exercises, don’t they? The otherworldly plane of critter existence that Scott Mills brings to life serves up a unique form of mood enhancement! This passive yet nevertheless body-boosting activity could easily rival friluftsliv and shinrin-yoku combined, but with none of the excessive perspiration or turned ankle peril. One of the tremendous joys of partaking in this technicolor canvas expedition is observing that the laws of physics, gravity and pure logic concurrently hang their tails in shame while they are swiftly ushered out the back door. No, no, no. Skedaddle outta here! You want to get in on all of the tasty acrylic action, oh mystical muse of divine inspiration? Then get one thing straight – left-of-center is where it’s at.

So exactly who is the paintbrush wielding entity channeling Mother Nature’s majesty and mystical allure in such a loopdeeloo manner? Why, it’s none other than Asheville, North Carolina dwelling musician/artist Scott Mills, but you knew that part already. Let me fill you in on all sorts of interesting goodies about him that may not yet be on your radar. 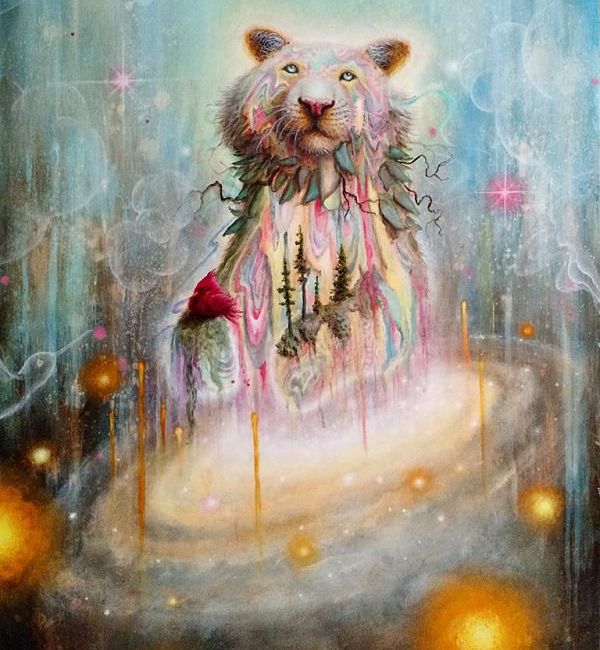 The guitar-saxophone-piano playing, electronic music composing Renaissance man counts Roxy Music founding member and newly inducted Rock and Roll Hall of Famer Brian Eno among his greatest creative inspirations. Unlike the Brit-born fine art graduate – who famously collaborated with David Bowie and David Byrne among other notable right-brainers… a formal art education wasn’t a part of Scott Mills’ story. Judging by the depth and breadth of his highly original portfolio, however, it clearly didn’t have to be. 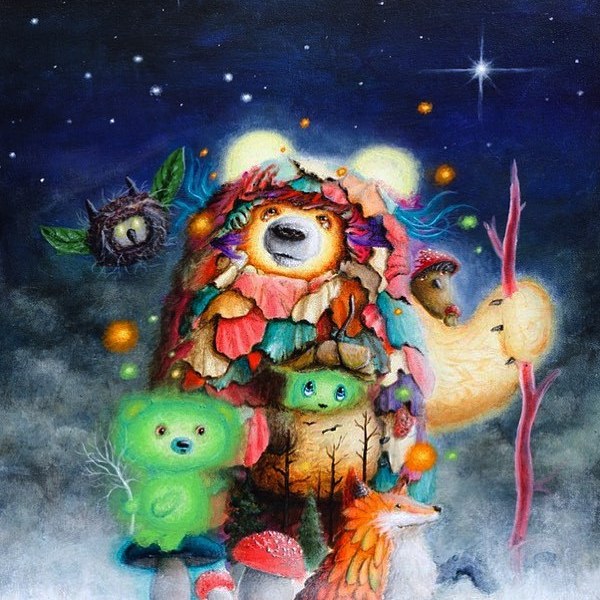 The self-taught, paintbrush-pushing maestro has a very liberal dose of imaginative oomph flittering about in his genetic material courtesy of his artsy mother and musical father. Not surprisingly, Mills pursues both of his twin passions, painting and creating music, professionally. Does this creative spirit, who has also experimented with watercolors and even sculpture, know in his bones that he was put on this earth to wield the brush extraordinaire? “I always loved art back in school” and “I knew I had a wild imagination” but “music was my (initial) entrance into the creative world.”

A kindergarten-aged, piano-experimenting Mills became enthralled with the seemingly infinite musical compositions he could create simply by hitting the same few keys in different sequences. He found that type of no rules, creative exploration to be liberating, resulting in his current commitment to embracing artistic open-mindedness. Resisting the urge to believe whatever naysaying poppycock his inner critic dares to poison his mind with has also been a boon to his artistic process. Whenever he starts to think that his latest painting is “too fussy or over-thought”, he presses the reset button by focusing on the simple pleasure of “every brushstroke and mark”. 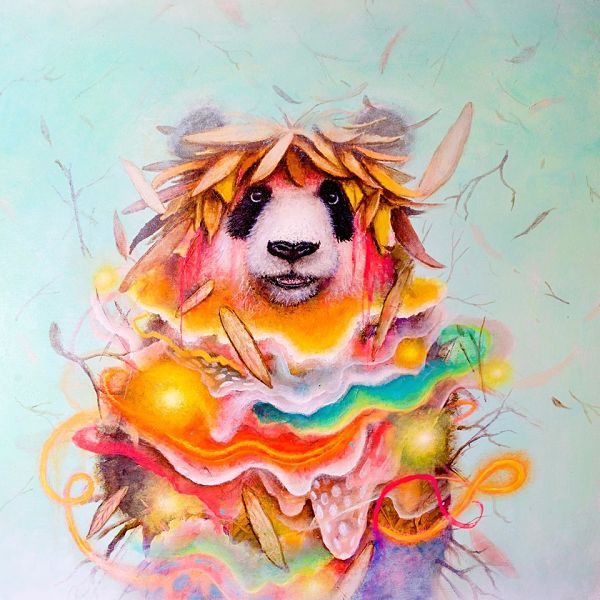 Setting a clear intention during each painting session to remain curious, engaged and, most importantly, joyful, has resulted in a body of work that Mills hopes is emotionally resonant. Being mindful as well as respectful of the twists and turns inherent within the creative process has, furthermore, enabled the unabashed nature-lover to transform happy little Bob Ross-ian accidents into eureka canvas gold. In his own words:

“One of my favorite pieces, After A Very Very Long Nap, started out as a sad little tree and not a very good one, either. I started to add little bits to it and it formed this silhouette that was the shape of a bear. I think that feeling of making mistakes, or what seem like mistakes, and turning them into something greater is embedded in that piece.”

It is only within the past 8 years that Scott Mills has really grabbed his art career by the jugular, pursuing it with as much enthusiasm and commitment as he does his musical endeavors. On occasion, Mills has admittedly pondered the, “What if I had attended art school?” question, specifically as it applies to learning new artistic techniques or dabbling in diverse mediums. One could easily argue, however, that his lack of formal artistic training enabled him to entirely dodge clonesville aesthetics, resulting in the explosion of symbiotic nature-creature imagery that has become his signature art print. 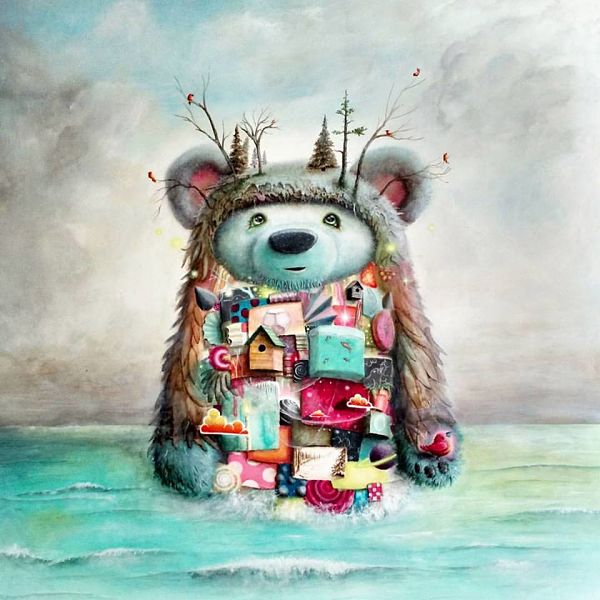 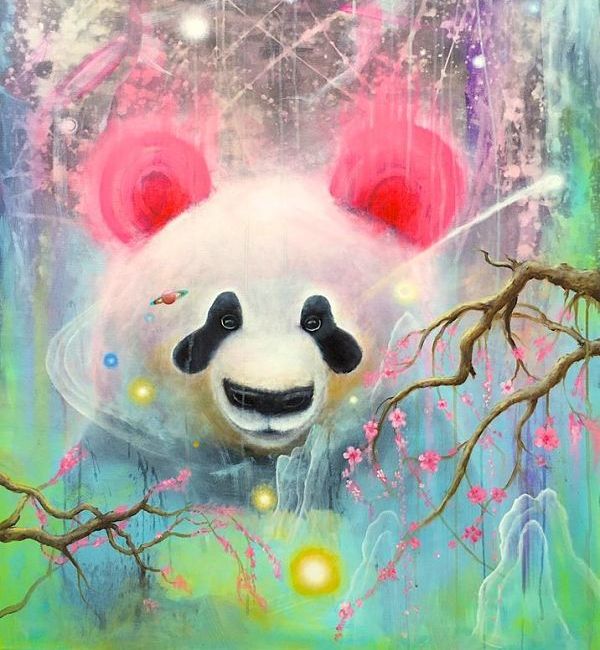 Scott Mills’ works of art almost always feature one or more of Mother Nature’s seemingly nurturing wild woolies caught up in a playful specter of eye candy enchantment. Sure, each face could happily take up permanent residence within the pages of a beloved picture book but this painter’s work is a cross generational crowd-pleaser! Those locked in the drudgery of adult-ing might find that    e  v  e  r    s  o    s  l  o  w  w  w  w  l  y   absorbing the charming details present upon each of Mills’ canvases can lift the spirit while also preventing dreaded smile muscle atrophy from prematurely marring their visages. 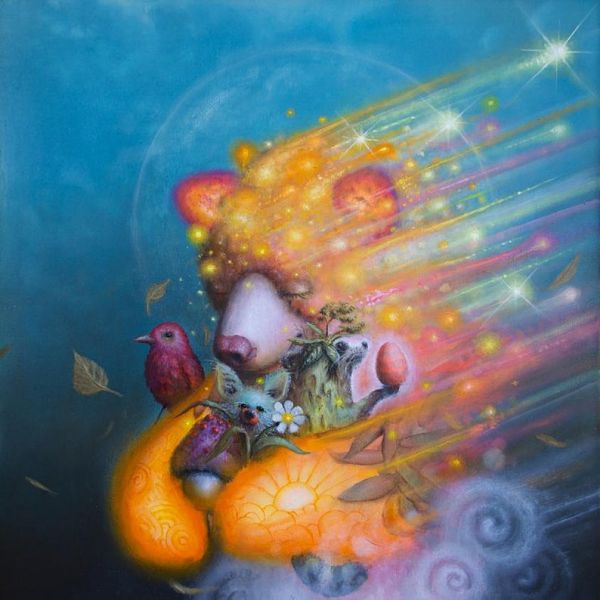 Mills’ imaginatively hybridized main characters reflect his tremendous reverence for the natural world. “I am fascinated by symbiosis, where different plant or animal species find ways of co-existing and benefiting each other through that relationship.” As such, the majority of his creatures are depicted as life sustaining ecosystems for myriad fauna, flora, or in certain cases, a dizzying swirl of luminescent interplanetary matter. Their radiant auras – some of which seem to be engaged in a dramatic tango with the wind or quite possibly even an entity far beyond human comprehension – succeed in carrying forth the artist’s goal to “evoke a feeling of an alternate reality” that is bound together “by an atmosphere”. Windows-to-the-soul eyes and botanically or mystically embellished coats make the beholder even further smitten with his earthy ensemble of bears, tigers, and foxes (among other unexpected subjects).

If you’re wondering how Scott Mills arrives upon each of his artistic compositions, he has run the gamut from keeping a running list of potential titles for future works to quick-sketching rough concepts. For the most part, however, he flies by the seat of his pants. The spontaneity of “painting without an idea in mind”, he notes, has paved the way for the visual evolution of his works of art. He makes a point of dialing into the unique vibe of each piece by allowing the personality of each subject to unfurl in its own time – sometimes in a mere few hours, other times for months on end! This creative sweet spot has more often than not yielded works of art that he feels especially proud of since they were birthed organically. 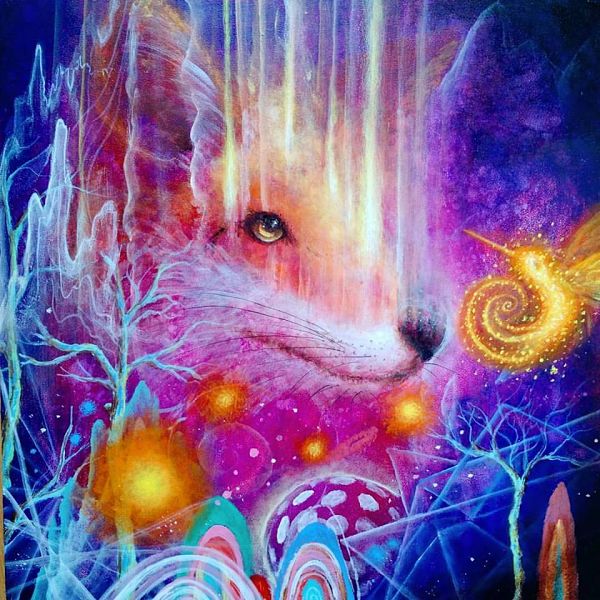 Oils and acrylics are the mediums with which Mills experienced his own personal artistic epiphany. Countless examples of Mills’ prolific oil output — using Gamblin, Winsor & Newton, and Old Holland’s admittedly pricey yet “buttery and rich” paints — can be seen throughout his 2017/2018-dated Instagram and Facebook posts. In 2019, his ever-endearing animal entourage has been mainly rendered with Golden and Liquitex Heavy Body acrylic pigments on canvas and wood. Fans of the rapidly drying canvas colorant can probably understand why Mills and acrylic paint have been two peas in a creatively cozy pod as far back as the infancy of his art career. 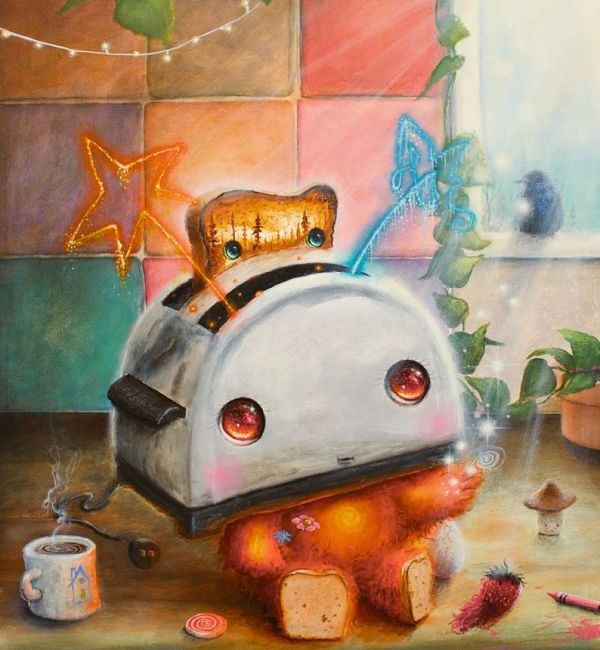 For all of the Beautiful Bizarre readers out there who question whether you have an artistic leg to stand on, consider sharing your creative passion with the world Scott Mills-style! Honor the creative spark that flickers within your soul, no matter the educational journey that you’ve taken thus far. He strongly believes that those stirred by an inner muse can identify their “own uniqueness” by being “fully engaged with the process” of creating.

T.L.C. (truly liberal creativity) is a driving force for art dream manifestation but it certainly doesn’t hurt to adopt a few individualized guiding principles. For Mills, his “imitate, integrate and innovate” credo has served him quite well because he recognizes that “the world is hungry for authentic expression”. The artistic products of the imagination, he believes, have the potential to be extraordinary when they are born out of a joyful mindset.  This, he feels, applies to one-of-a-kind artistic trailblazers just as much as it does to those who tread the path carved out by their artistic heroes. I don’t know about you, but my oils and brushes are summoning me this very instant. 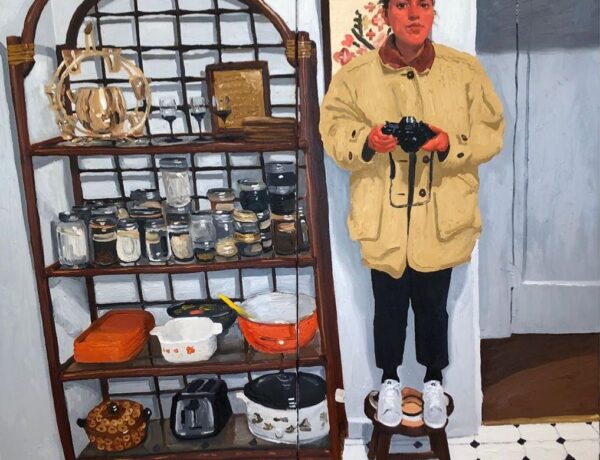 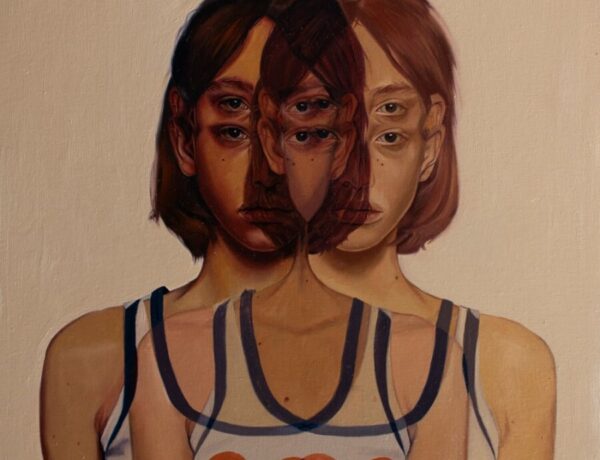 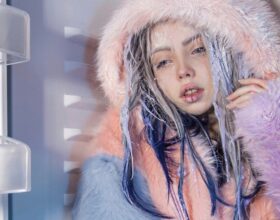 The Cute and Weird Universe of Ellen Sheidlin

Don’t Miss Out! Only 1 Day Left to Enter the Beautiful Bizarre Art Prize

How Do You Keep Rooted in Your Values / Beliefs?