Angus McDonald: The Striking Stillness of Being

Angus McDonald‘s paintings capture the ever-escaping march of light. His works seem to freeze the world around his subject. This depiction may be an attempt to render the illusiveness of light and the beauty that it brings to the eye.

If we take a closer look at his ‘Dove I’ we can see a vibrant white dove seemingly captured mid-flight in a background of rich blue brush strokes. The contrasting white and blue push the dove into our eyesight. But it’s the subtlety of the white that McDonald has used to capture the fleeting beauty that light brings to the flutter of movement. The white peaks at the tips of the dove’s wings, but McDonald has used a translucent white to express to the viewer the delicate play of light through a feather. This attention to capturing the subtle beauty that light presents is further accentuated by the intentional stillness rendered into the dove. This stillness avoids the blurred flutter of a beating wing and holds the fractional moment frozen in time and space. These choices almost allow one to be able to walk into the world, created by the painting and truly examine the play of light on a feather while a dove is in flight. The fleeting interactions of light are what he has captured in his works. It is this attention and ability to examine the play of light that makes McDonald’s works something to behold. 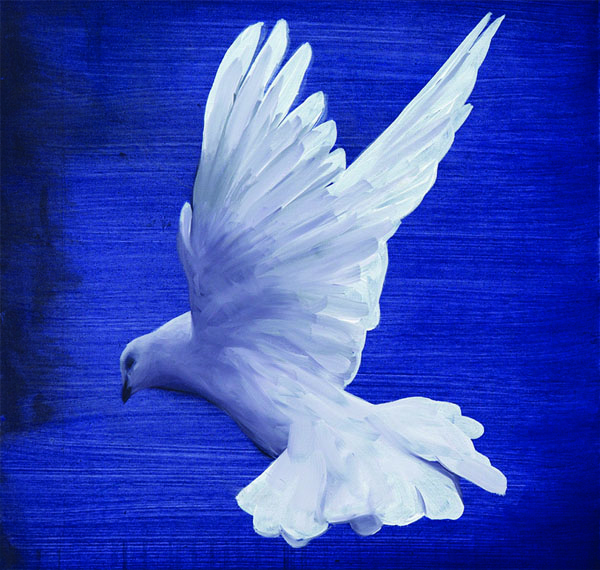 The stillness that McDonald renders into his work also helps to illuminate the heightened ‘drama’ of a moment in the face of an ever-changing world around us. It is then this play of light across the surfaces of his subjects that sustain the eyes’ gaze. This stillness of a moment of drama is evident in his ‘Dove I’ but is strongest in his ‘Pieta’. 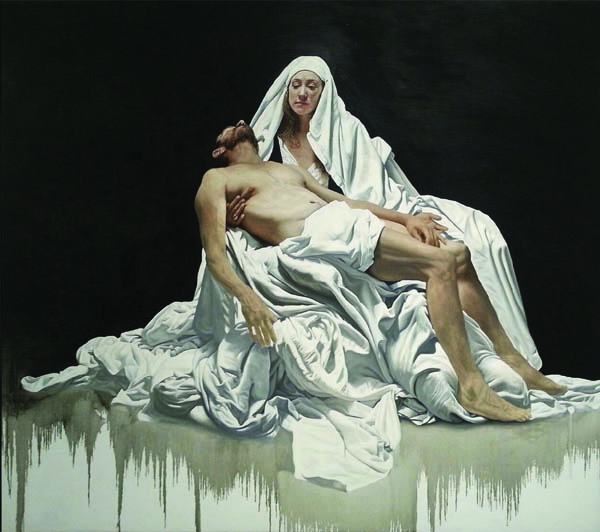 In his Pieta, he has taken the visual iconography of Michelangelo Buonarroti’s Pieta. To this, he has applied the stillness of a frozen space and time, that not only heightens the drama of Jesus cradled at the base of the cross by his mother, but allows one to examine the interplay of the light across the textures of the skin and that ruffles across the folds of the stark white linens. 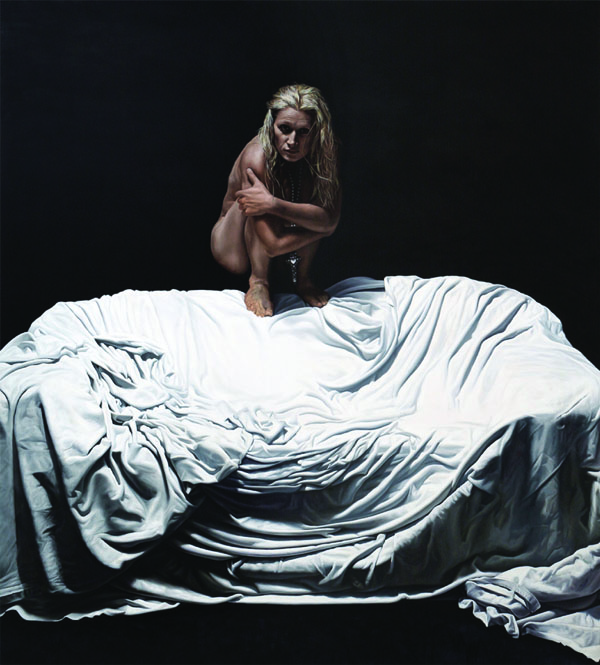 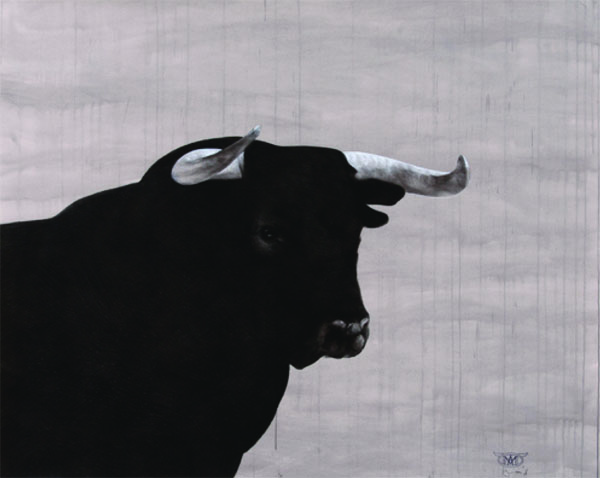 The examination of light is what McDonald sees as a critical feature that ties his work together.

“I’m interested in light, sometimes in the most mundane way. The physical world we move through is wholly described by intensities of darkness and light – it’s all around us, omnipresent and unresolved in a constant cycle of adjustment; casting shadow, adding brilliance and generating reflection. This same darkness and light exists within us as well. The metaphysical idea of light as a pictorial means to touch something beyond what we know is a longstanding driver in my work.”

His work with light seeks to illuminate some intangible drama that plays outside the physical world we inhabit. What it is, I do not know. Works like McDonald’s collaborate this urge that seems ever to drive us in its direction. 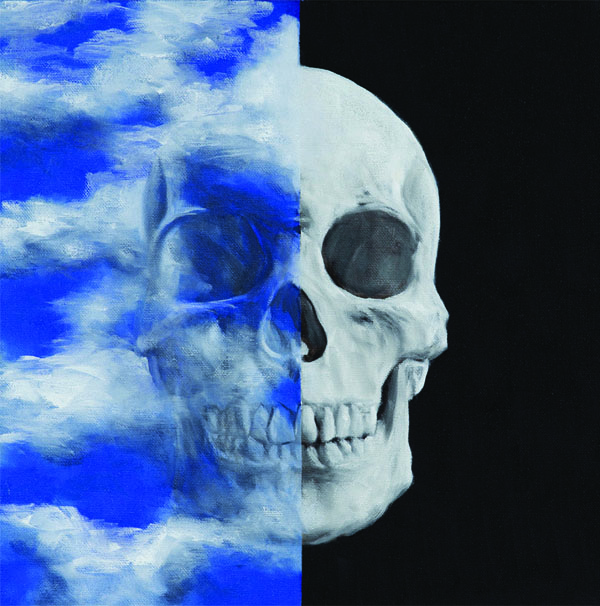 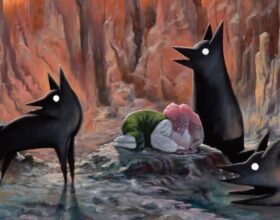 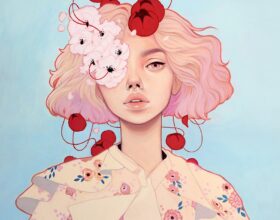 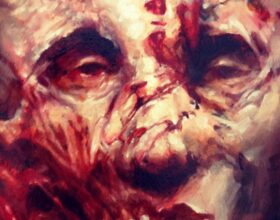 Kylie Dexter: Roving in the "Dolldrums"