A man who has spent his life obsessing over the minute emotions that crosses a woman’s face, Ikenaga Yasunari’s art is nothing less than remarkable. His ability to not only capture the pensive looks, hidden feelings and deepest thoughts is incredible to behold, and even more so that it’s done with natural, mineral pigments – a technique he has spent decades perfecting. Ikenaga’s attention to detail is in each floral pattern, in each fluttering eyelid, in each beautiful woman’s sigh, and it’s almost palpable. I was delighted to interview him for Beautiful.Bizarre, in which he shares his thoughts on the world, why Japanese women are the most wondrous to behold, and what drew him to choose a life passionately spent in the arts. 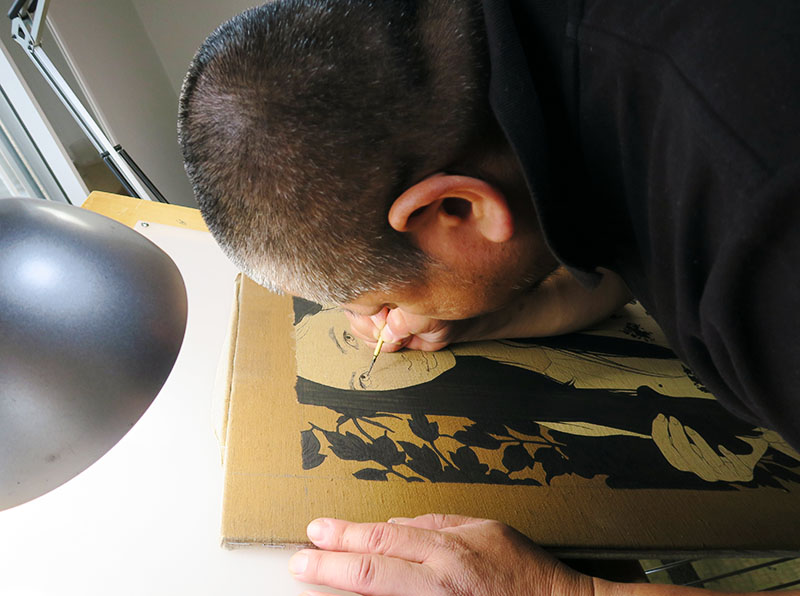 Firstly, please tell me about your journey into finding this calling in your life.

I never wanted to be a painter, because I realized that I had been born to be a painter at the age of three when I achieved self-awareness. It is the same as those who never want to be human being born as human beings. Living as a painter is not hope, but giving up destiny. Because I did not stop to paint while in my dark days.

What is your process from the moment you have an idea for a concept to its completion? How long does it take, do you use models, sketches, specific fabrics, and equipment? Where do you find inspiration for each new delicate piece? 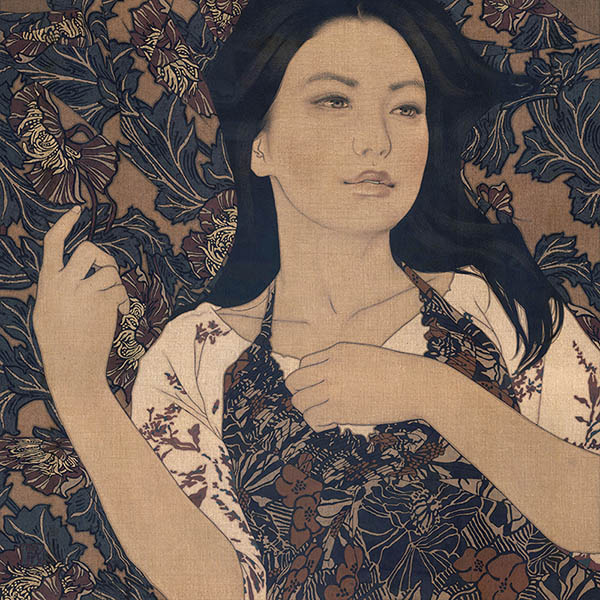 Your work is defined by beautiful, gracious women juxtaposed against a flurry of floral patterns – bringing subtle warmth and happiness to the viewer. Who are these women you paint, full of pensive emotions?

When I first started, I began by painting my lover. I painted her in undefended positions, asking for something, and pouting in her daily life – stealing a look at her. One day I waited for my lover to come home and jumped out and painted her, remembering her expression.

At present, I mainly paint young actresses, so it is getting difficult to draw the subtleties of emotion and gesture glancing at them. But I prefer to paint their ordinary scenes than to force them to strike beautiful and well-proportioned poses. All scenes I draw should exist in women’s behaviour. I can paint only the behaviours they let me show. 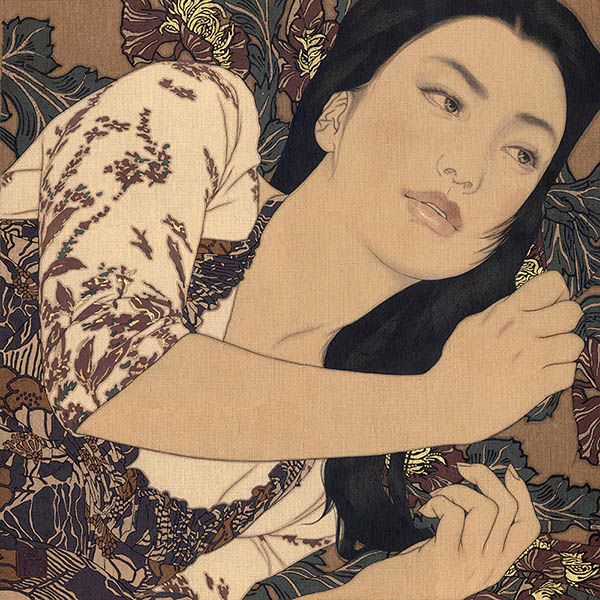 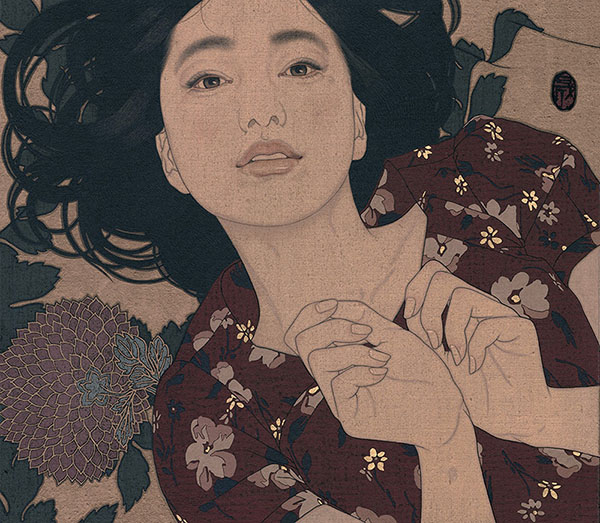 Take me through a typical workday. What time do you rise; do you work on the same project until complete, or on various ones throughout the day?

Although I do not decide what time I get up, I take two hours to clean my atelier and prepare for pigment in the morning. If cleaning gets along, the whole day will go well. If not, the day won’t work fine. I am not good at living as a human being in the same way as a painter. Because I don’t have particularly proficient skills, I continue painting and drawing until I go to bed, but the writing brush does not advance too much. I draw three pieces a month and it is approximately two pieces every month that I complete.

The way in which you infuse the present with pigments and forms of the past is fascinating. How long would you say it took you to master the technique of mineral pigment painting?

Oil paint lets its highly viscous paste glue to canvas, but mineral colours, which are crushed into low powders, are glued to Japanese paper or silk cloth with a low viscosity. The mineral colours continue flowing as far as I move a writing brush and do not colonize. After studying oil painting, I began to use mineral pigments, so it took more than one year to become accustomed to it – and almost 20 years were needed to find a skin colour of my own style. 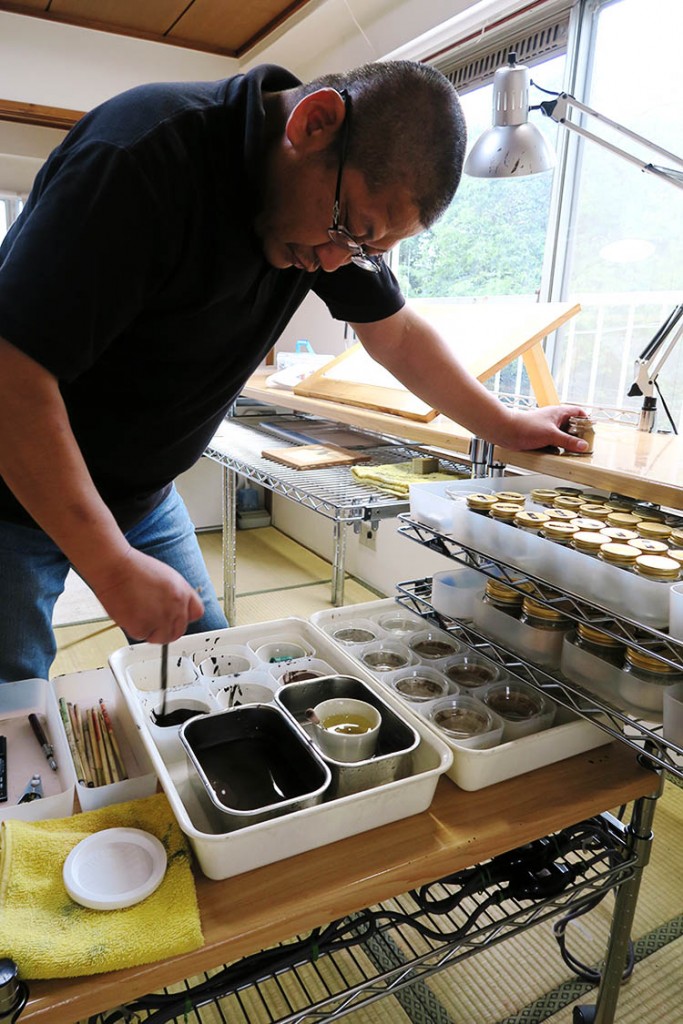 What is it like being an artist in Japan? Is there a large industry and market for the particular art you do, or would you say your work is very niche?

It is said that the number of painters who earn a living by their paintings is about one hundred in Japan. Compare this with its economic scale, and it might be low. In Japanese painting, this genre of figures (especially beauties) has not been painted for 50 years. This genre originates in that boom of “painting of beauties” lasting 300 years from the time that an “ukiyoe print” came to a peak during the 1900’s, and ended rapidly. After it, the artistic expression that was “painting of beauties” was succeeded by photography, gravure magazine, animated cartoon, MANGA (KAWAII), but the intrinsic “Japanese” painting did not produce new styles of “painting of beauties”.

I am convinced of this, and since several Japanese painters have begun to finally draw “painting of beauties” after an interval of 50 years, it now has a big market. I stated that there are relatively few people who paint professionally but having said that, the art market of Japan is on the same scale as the idol market. It is an appropriate market size to the economic scale of the country when one puts the markets of art, idol, and MANGA together, and it is quite a phenomenon of the Japan characteristic. 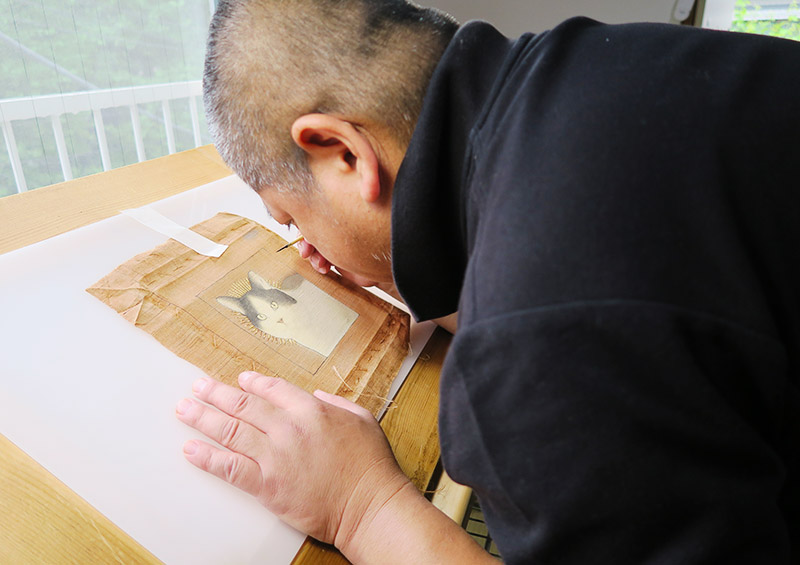 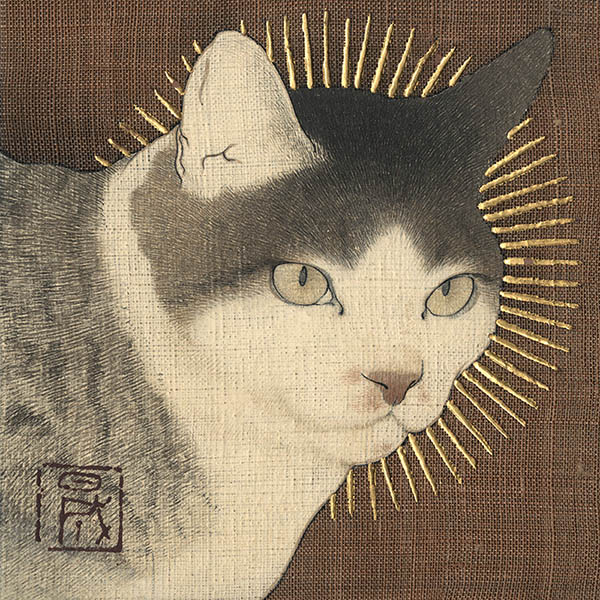 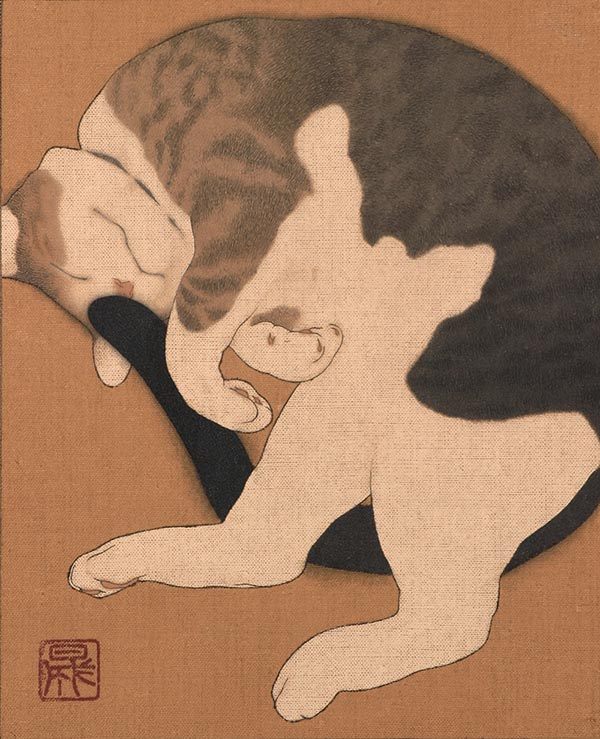 How healthy would you say the 21st century is for artists working in traditional mediums? Is there still a strong place and focus on arts, or has the rise of the internet crowded some of them out to a certain extent?

In the same way that the photograph and the spread of print technologies had taken the place of a painter’s role, this might occur by the spread of the internet and artificial intelligence. But at the same time, the internet has made the world small for painters and made them known internationally. The development of AI means it has become easy to create images of the pictorial approach instantly. If the development of the 3D printer is added to it, I may produce “pictures” without a painter’s special ability. However, time is needed for AI learning a little more because, on the other hand, the line drawing (outline) is a concept – not a numerical formula. The thought of the Orient finding “outline” in a natural object is the lase forte of painters, I think. 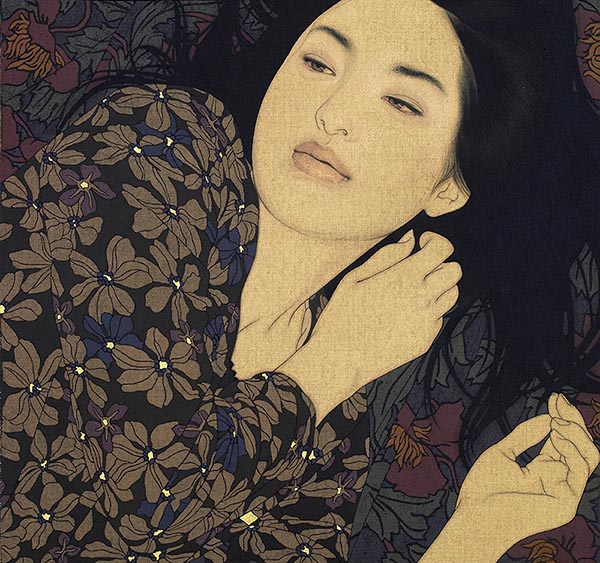 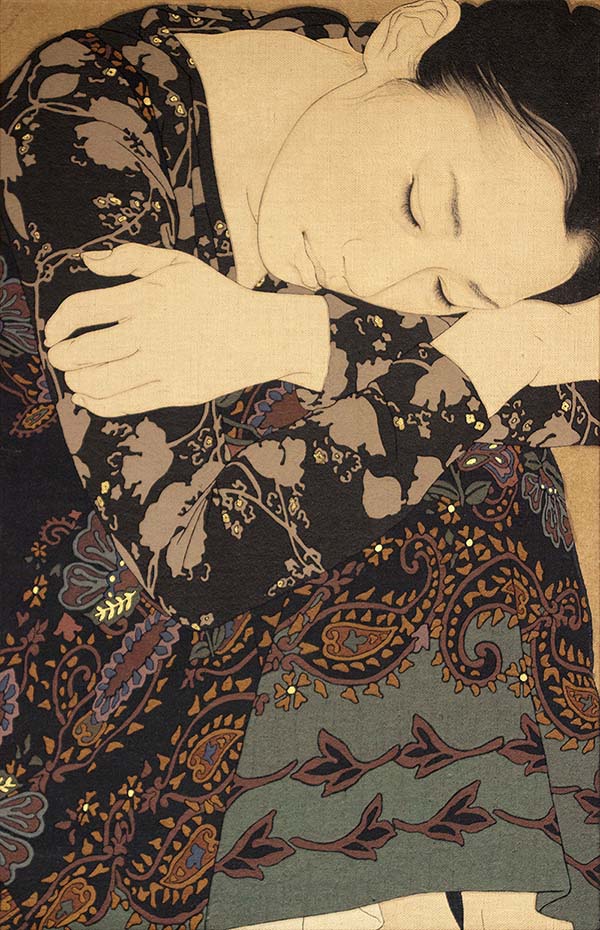 Where do you see yourself in the next 5-10 years? Do you think you will still be pursuing the same type of art, or are there other things that interest you that you’d like to explore?

There are three kinds of war in the existing world.

“the war of territory”

“the war of money”

“the war of thought”.

We artists copy Western sculpture to study the era and learn artistic anatomy – and to learn the golden mean (canon) of the West as the supreme beauty. And the diffidence that we Orientals feel every day may be as a result losing such a “war of thought”.

Are there any upcoming exhibitions, art books or events that our readers should know about?

I am planning on publishing three art books in the next year. 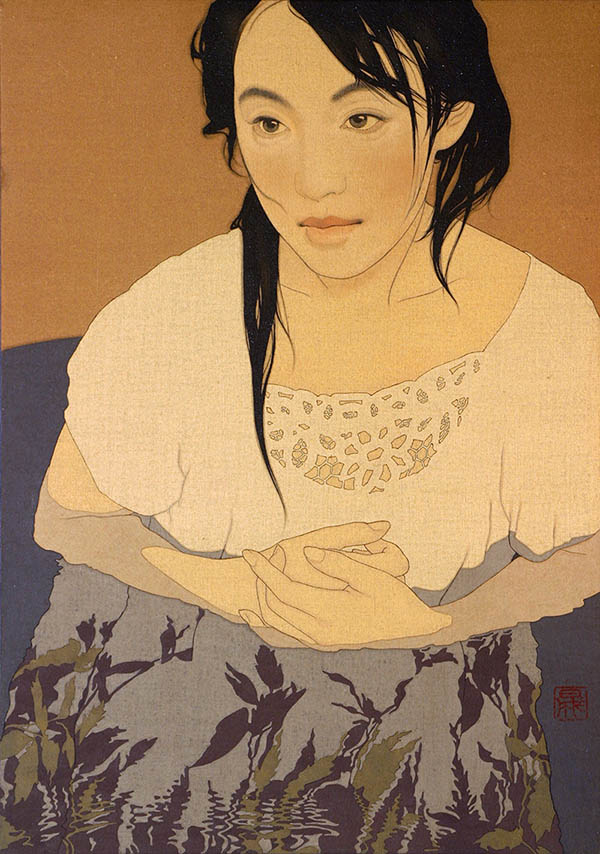 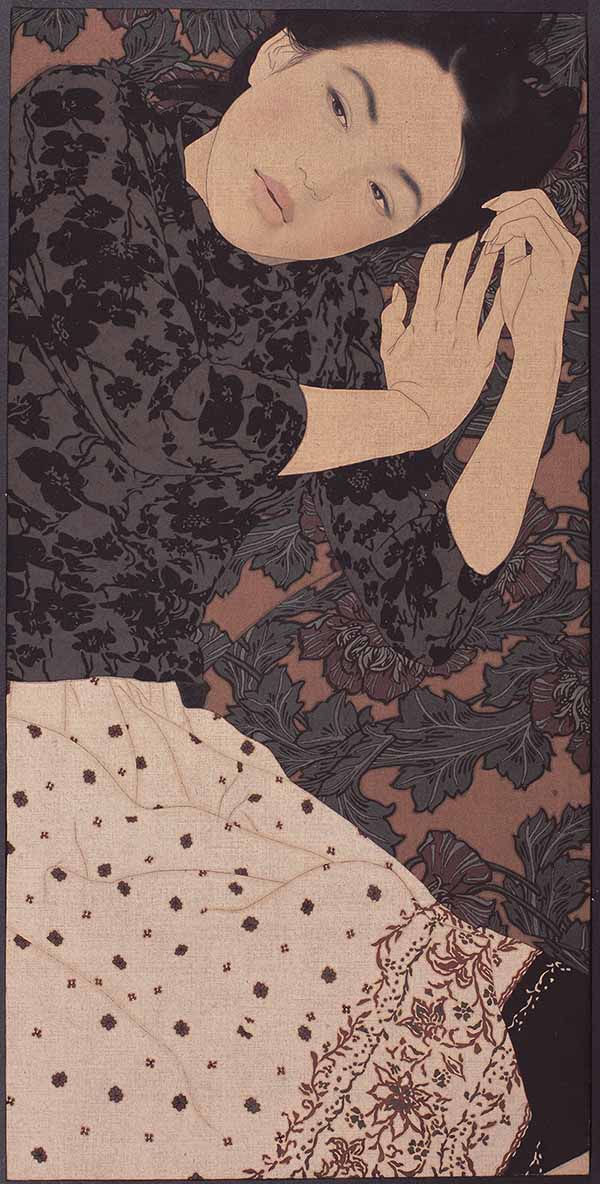 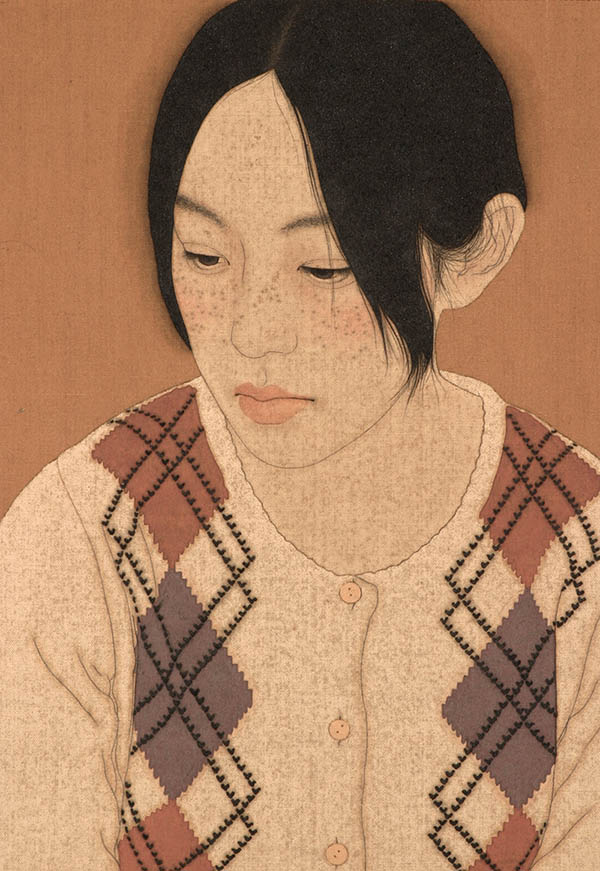 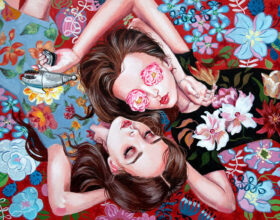 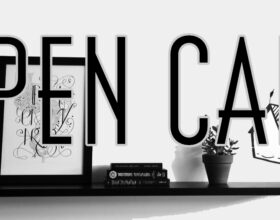 Open Call: Let the Fear Wash Over You 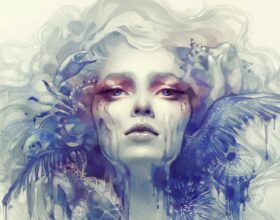 Gallery @sebastian_foster_ has published its annual Fall Print Set, marking the 10th anniversary of the first yearly effort. The new print set features 20 works by a diverse community of illustrators, artists and painters like the featured @anne_siems_art. So, if you are looking for a meaningful gift for your loved ones (or yourself!), check out the gallery’s page for more information!