Whimsical paintings of floating heads, cute one-eyed cats, and various hybrid creatures. Each one of them is a display of Naoto Hattori‘s astonishing mixture of playfulness and serious dedication to his work. Just look at those intricate details!

Hattori was born in 1975 in Yokohama, Japan. He has been drawing and doodling ever since he was three years old. He studied graphic design in Tokyo before he moved to New York to study in the School of Visual Arts where he received his BFA in Illustration. 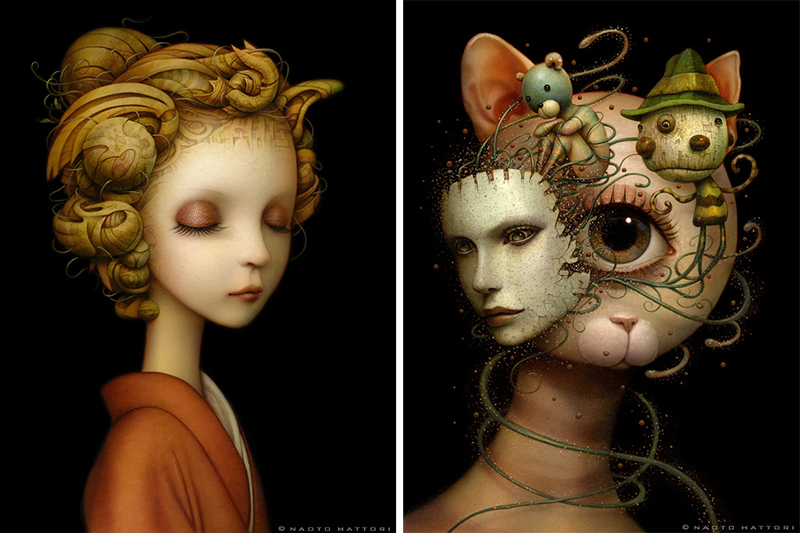 Ignoring all rules, Naoto draws and paints whatever comes into his stream of consciousness. That’s the way he has been drawing ever since he was a young child. However, it doesn’t mean that he just grabs a canvas and starts to paint on it without knowing his intention. Actually, he starts each painting by making many sketches to put all his thoughts together. He says that – in order to start painting a new artwork – he needs to be obsessed with his vision first. 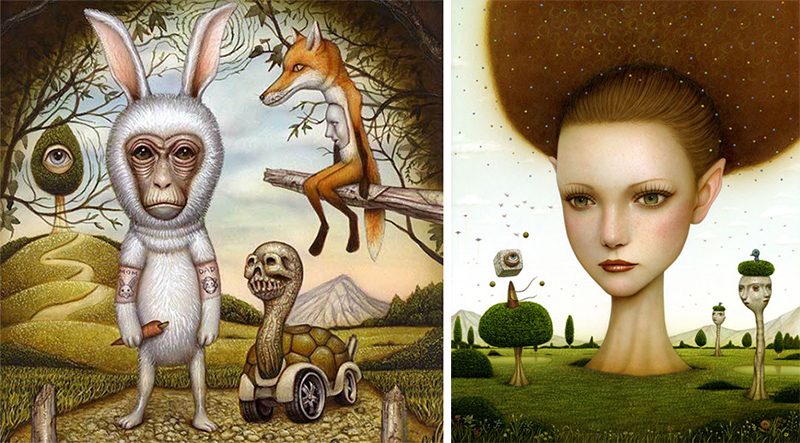 He likens his painting to children’s drawings. Children do not think about or censor their drawings. They draw anything they want without caring about what other people think and whether their drawings correspond to reality. Just like surrealists, children often come up with idiosyncratic and whimsical drawings. 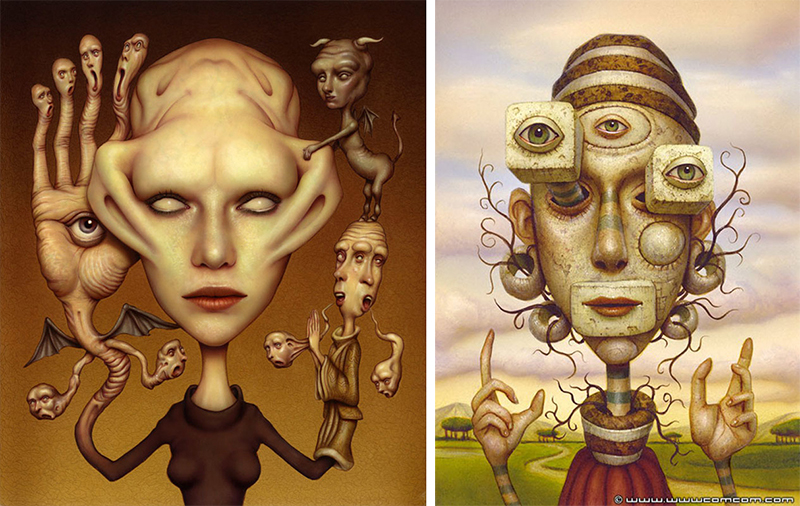 In fact, in order to become a surrealist, one needs to be able to think in a childlike manner. According to Andre Breton’s Surrealist Manifesto (1924), surrealism is a “[p]sychic automatism in its pure state, by which one proposes to express . . .  the actual functioning of thought. Dictated by the thought, in the absence of any control exercised by reason, exempt from any aesthetic or moral concern.” 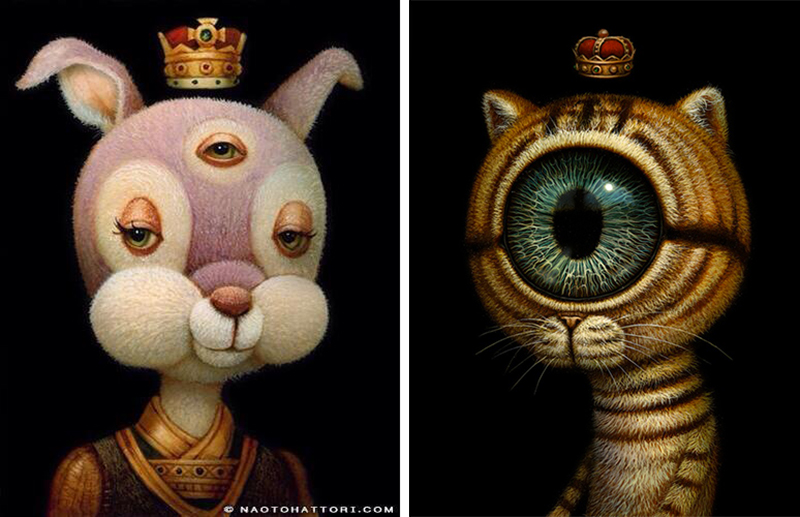 “I try to express something from my inner mind. I like to see what’s really going on in my head, and then find something from the stream of consciousness and paint it. Sometimes it comes out very weird and twisted, but I like to paint exactly what I see with no compromises. That way I can explore my feelings and find something that I really want to paint.” – Naoto Hattori

However, unlike young children, Naoto Hattori has been perfecting his craft for many years. On weekdays, he often spends 12 or more hours on his paintings; and when he doesn’t paint, he often sketches new ideas that come to mind. 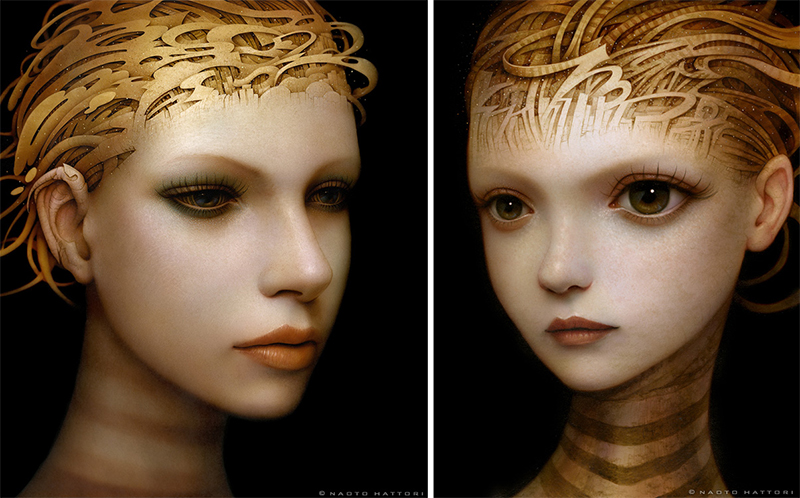 If you happen to be in Rome between April 12th and May 6th, 2014; you can attend his new solo show – Nothing But Perception – at Dorothy Circus Gallery. 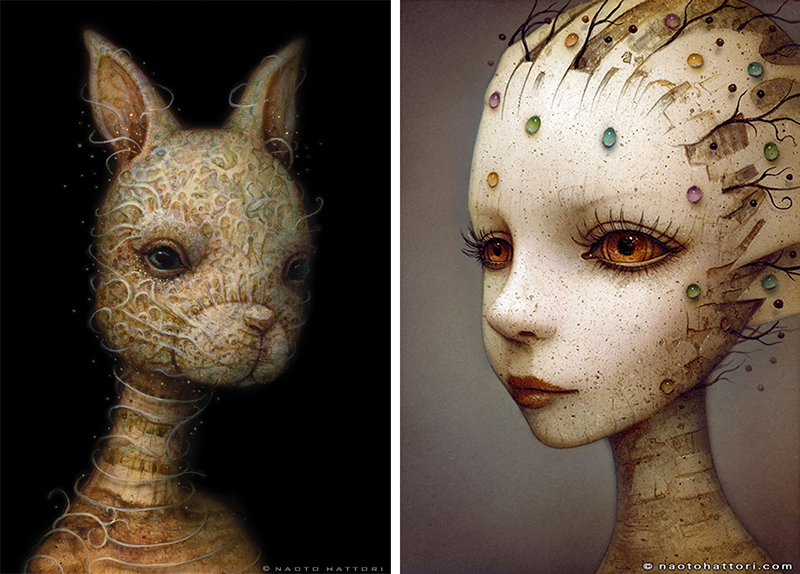 “My vision is like a dream, whether it’s a sweet dream, a nightmare, or just a trippy dream. I try to see what’s really going on in my mind, and that’s a practice to increase my awareness in stream-of-consciousness creativity. I try not to label or think about what is supposed to be, just take it in as it is and paint whatever I see in my mind with no compromise. That way, I create my own vision.” – Naoto Hattori 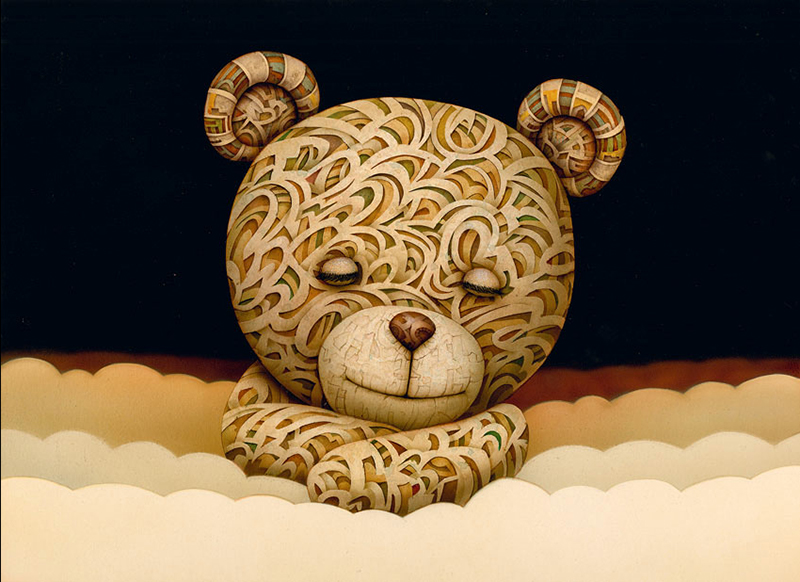 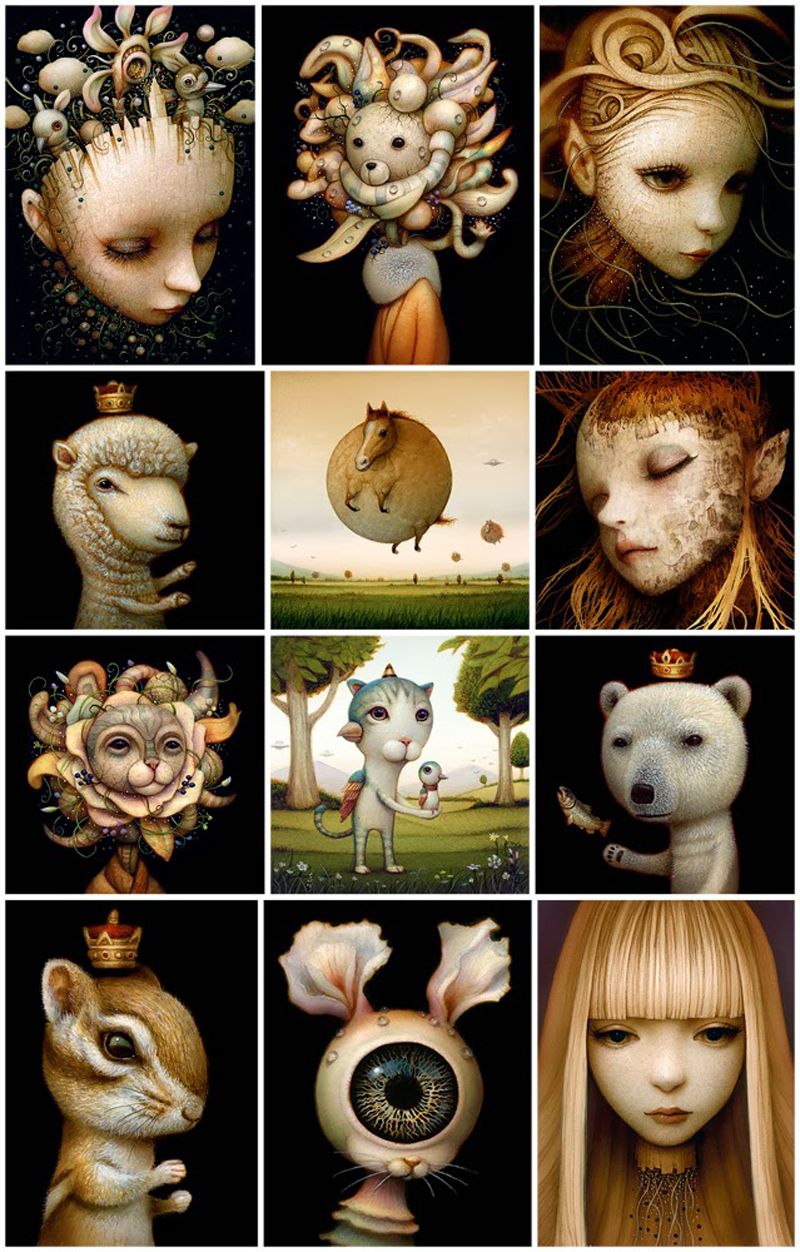 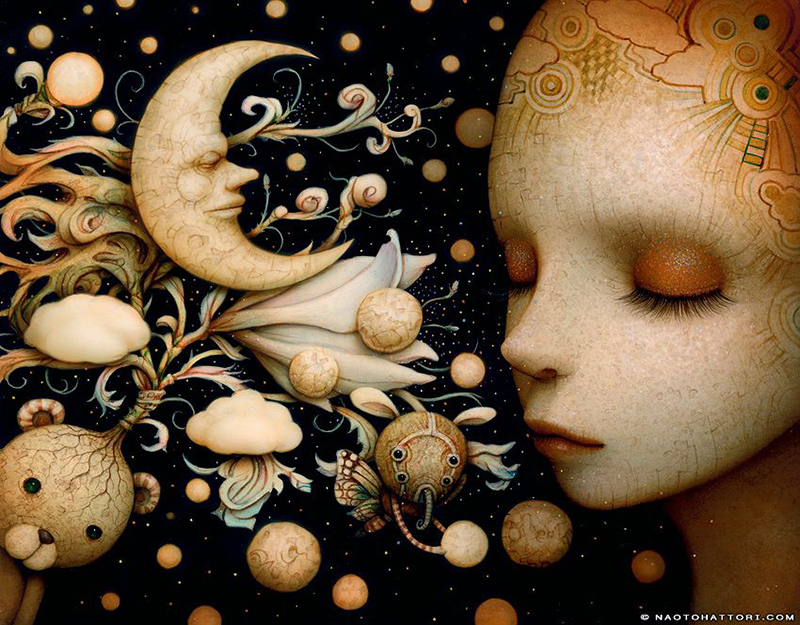 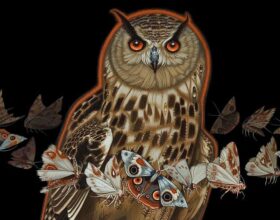 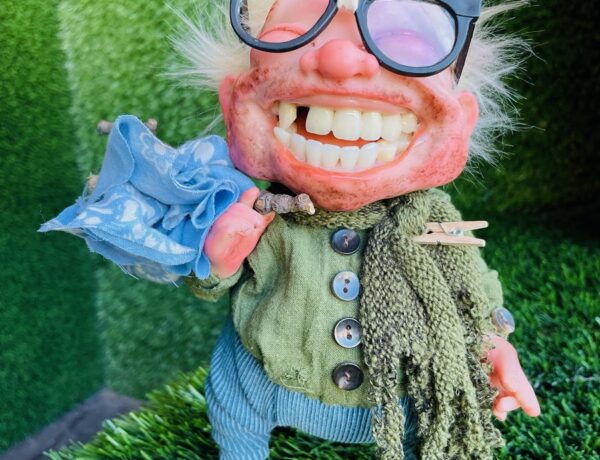 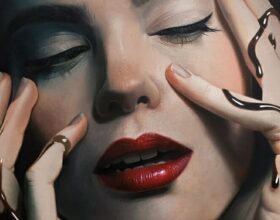