Nestled behind the hustle and bustle of everyday life is your joyful imagination… just waiting for you to open the door and explore it. Come along on the journey as Haven Gallery welcomes you to join them in celebration of solo exhibitions by Amahi Mori, Jamie Winn, Phoenix Chan, Calvin Laituri, and Rebecca Yanovskaya. Sure to pique your artistic senses, each of these new bodies of work entices your curiosity and keeps you wanting more.

Amahi Mori, “Flow in the Dream”

Haven Gallery is pleased to present Japan based Amahi Mori for her first solo show “Flow in the Dream”. “Flow in the Dream” features nine works on paper that offer poetically symbolic portraits of living organisms. From the small and fragile wings of a butterfly or leaf, to the hardened gleam of pearls or the supple form of the human body, Amahi gracefully laces these lifeforms together through her delicate technique and monochromatic palettes. A fixed moment in time that focuses on celebration of life and the essence of being alive, even if just for a brief moment. An equatable link between flora, fauna, humankind and the animal kingdom, as life for all is ephemeral, and all living beings are connected through this transience. Such notions embrace notions found in Buddhism, Shintoism and Animism, practices commonly practiced in Japan both historically and in current day. Each drawing commemorates the span of existence, the continuation of life through and the glimmering beauty of these brief but bright moments in time.

Haven Gallery is pleased to present New Orleans based Jamie Winn for her first solo show “Mechanical Menagerie” at the gallery. “Mechanical Menagerie” features twelve automata (moving art) or dioramic sculptures depicting animals during their nocturnal outings as they fly, hunt and leap throughout nightfall. Winn’s sculptures are whimsically narrative and invite the viewer to take part in the often private meanderings of furry and feathered beings. Each sculpture combines the artists realist watercolor technique with her inventive engineering of gears, pulleys and belts, to make animated stories that mimic the natural movements of her animal sitters. Winn combines these practical applications of the animal kingdom with spooky aesthetics as graveyards and lonesome homes to create a surrealist play on storytelling.

About the Artist // Jamie Winn is a painter and accomplished tattoo artist based in New Orleans, Louisiana. Her striking mixed media automata pieces combine crank shafts and customized light sources into multilayered watercolor paintings on wood. Winn’s macabre style resonates with a wide range of influences including traditional tattooing, principles of animism, vintage aesthetic, magical realism, Louisiana culture, as well as her family lineage of engineers and clockmakers. Her narrative work is both eerie and humorous, often reanimating deceased creatures, portraying vulnerable animals exploring the night, mischievous sheet-covered ghosts haunting abandoned houses, melancholy maidens of the age of spiritualism, and undead skeletons ringing their own coffin bells. Jamie Winn’s work is a harmonic celebration of mechanics, mortality, the supernatural, beauty, tragedy, and storytelling. In her own words, it is “a reminder of just how strange the world can get”.

Phoenix Chan, “Nice to Meet You”

Haven Gallery is pleased to present Phoenix Chan for her second solo show “Nice to Meet You” at the gallery. The exhibition will display five new artworks; each demonstrating Chan’s skillful use of gouache and colored pencil as she adorns her feline protagonists with intricate and worldly costumery. Her sitters pose stately, as commonly found in traditional portraiture, accompanied by smaller companions such as birds and mice. Her attention to detail and focus on various cultural garb is a nod to her interest and studies at the Fashion Institution of Technology during her undergraduate career.

About the Artist // Phoenix Chan is an artist and illustrator who was born in Hong Kong and is now currently living and working in New York. She is a graduate of the Fashion Institution of Technology (FIT), earning her BFA honours degree in Illustration. She has since gone on to work for a long list of commercial clients and has exhibited her work in numerous galleries.

Haven Gallery is pleased to present “Ruin and Renascence”, a collection of new ink works from New England artist Calvin Laituri, for his second solo show at Haven Gallery. “Ruin and Renascence” is a series that chronicles an ongoing narrative reminiscent of the cyclical nature of life. Buildings once teeming with life and function, as commonly found throughout the US and abroad, now appear as lonely mammoths in rural landscapes. Each structure finds itself accompanied by a silhouetted canine who reinvigorates our interest in the delicate sensibility of these places and their lost functions. A shadow of the past or ghost of the future, this guide connects us to these periods of time to remind us that despite the imminent denouement of all life, existence is reborn. A nod to the slow but sure moment of time, reminding us not to forget our past and relish in the beauty of these times, places and their functions.

Laituri’s work is made up of highly skilled line work, built from a push and pull approach where ink is laid down on his clayboard medium, and carved out with sharpened tools, resulting in highly defined and meticulous strokes reminiscent of a cross hatching technique. Each drawing cultivates its monochromatic palette to emphasize the artists control of values, contrast, mood and narrative, as inspired by printmakers and artists of the past. This dichotomy of technique serves as an accentuation of the artists play on dualities throughout his work.

Artist Statement // The heart of New England is riddled with fading remnants of a regional vernacular. Born from a time when news traveled at a canter, these distinctive local shapes in the built environment once arose naturally. The inherent value in such structures is their innocent response to climate, their natural setting, regional identity, and local material. To live in coexistence with the chapters of seasons was a necessity. “Ruin and Renascence” tells the story spanning the solstices in a region along the Connecticut River, following a black hound as an allegory of Winter amidst various timber-framed artifacts that epitomize the area.

Rebecca Yanovskaya is a freelance illustrator working in the fantasy realm. She frequently illustrates mythological stories, natural forces, and aesthetically strong characters. Rebecca’s influences include decorative arts, neoclassical and Pre-Raphaelite arts, and theatrical costuming. Despite most artists in her genre using digital and traditional painting tools, she has made the choice to construct her pieces with ballpoint pen and gold leaf. As one of the only primarily ballpoint pen artists working in fantastic realism, her work is easy to identify. A combination of epic scope and moody atmosphere define her signature style, in what can be described as the “Art of the Sublime”.
Clients: Royal Canadian Mint, Princessa Productions, Easton Press, Magpie Games

Rebecca is a graduate of the Illustration program at Sheridan College. She lives and works in Gardner, Massachusetts.

“The Golden Age of Illustration”

Haven Gallery present a group exhibition that explores the styles, palettes and narratives from “The Golden Age of Illustration” and asks artists to pay homage to this time through their own style and artistic expression. This period of artistry was from 1850 to 1925 and includes some of the most famous works found in publications and magazines. A time when many of the best artists of the time drew and painted the stories and advertisements that marked the lives of many. 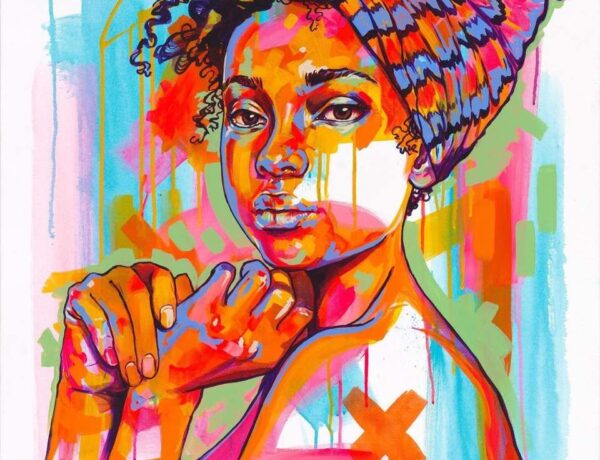 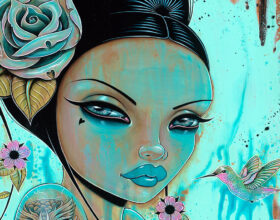 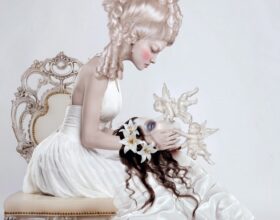