Interview with Jim McKenzie: A Masterpiece in the Making

If you haven’t already, it is probably time to jump onto the Jim McKenzie mobile and start following this new modern day visionary and his work….even if, just to say “I knew him when…”. Jim is an American, New York based artist, proficient in many areas, drawing, digital art, painting and sculpture, as well as a director, a former teacher at The School of Visual Arts and an animator at Aardman Nathan Love.

His work depicts surreal wonderlands, characters full of personality saturated with joyous colour and emotion, and behind these pieces there is a talented, heart-warming guy with photos full of iconic artists, directors, actors and Jim……. this is no ordinary person getting himself photographed with the greats, this is a guy who knows what he wants and surrounds himself with likeminded and successful people. 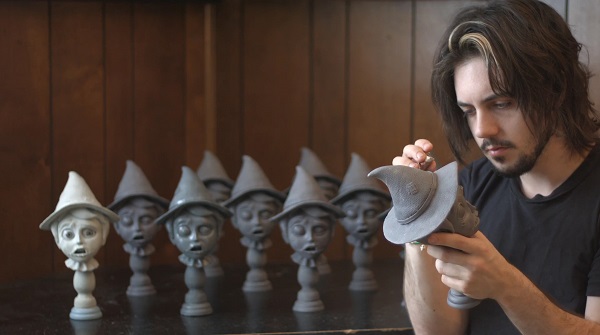 A talented artist, Jim expresses himself in many ways through his work; he sets a charming tone amongst his characters, funny, disturbing, strange looking and representative of his vision. His message is clear, and he cultivates these vibrant and complex beings and brings them to life. His style is strongly visual, with some darker hidden agendas, he hides the imperfections of life underneath colour and humour, and this could be why we can so comfortably ease into his world .

Does he make this look easy? Yes he does! Do you somehow think he was gifted with way more hours  in the day than you have?. Probably. Will you fall in love with his work? Of course you will, he is a clever guy. Let’s take a look into his world, ask some questions and try and take a deeper look into his mind. Just like on “Fantastic Voyage”, but with a better spacecraft and less organs. 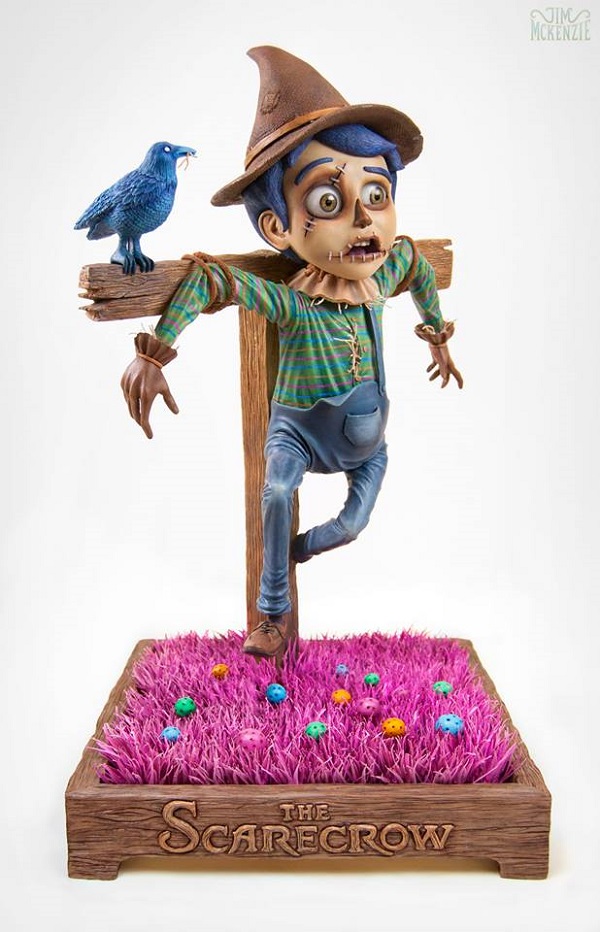 You have accomplished some amazing achievements to date, if you could go back in time and see yourself now, do you feel you are heading in the direction that you always wanted?

I know you have some incredible influences and inspirations in the art/movie world, who would you say has been your biggest inspiration?

I’m constantly inspired by the people around me, my co-workers, fellow artists, and the endless feeds of art on social media. I try to go to as many art openings as possible to get a sense of what’s out there. One of the most mind-blowing shows I’ve seen recently was Mark Ryden’s Dodecahedron exhibition. It was very inspiring to see such an intensely detailed show. I went home that night and stayed up until 4AM sculpting.

You have become an incredibly busy guy in the last few months and you seem to be often working on a few different things at one time. I would love to hear what a perfect day looks like to you, how do you balance all these different positions?

I’m constantly working, but for the most part, it’s all fun work, which makes things a lot easier. I think it’s good to have multiple and different types of projects overlapping each other. You never get bored and when one project is done, another one is already in the works. There are times when it can get a little overwhelming if I overbook myself with deadlines but you just gotta plan it right and give yourself enough time to properly get things done. A perfect day for me would be sculpting with no deadlines what so ever. I’d also be sculpting in a big open field in this scenario… possibly wearing a Link costume. “Hi-Yah!” 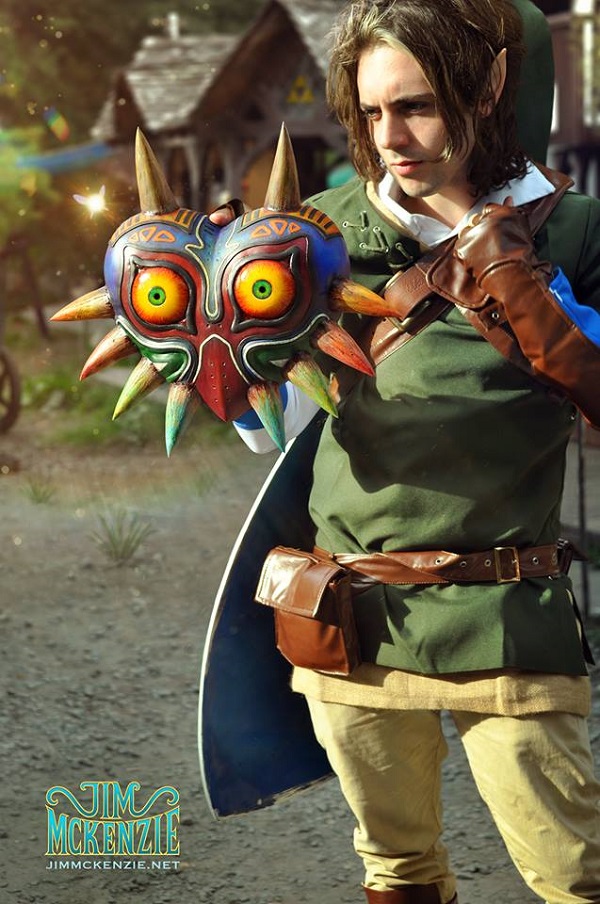 Although you seem to make your life and achievements look effortless on your socials, how much do you think is luck vs hard work, taking risks, motivation and expertise?

I am a big fan of luck but it’s not something I tend to rely on, especially when it comes to things that are important to me. Like any body of work, there is an immense amount of effort and planning that goes into it. Social media is more of a tool that highlights certain aspects of the process, and if you’re the curator you’d probably want to highlight the best parts. If I were to post my every waking hour you’d say, “Wow, this guy has a crazy boring feed! It’s just pictures of him sitting at a desk drinking coffee.”. So yes social media is great for highlighting your work, but I don’t want to give people the impression that my work is effortless, especially young artists. It’s important to know how much time is actually spent on certain things. This is why I enjoy filming making-of videos. It gives viewers a deeper insight into the process.

When was the first experience in your life when you realized you had the power to do something meaningful in this line of work?

To me that was never even a thought in my mind. I’ve just been doing what I’ve always been doing and it wasn’t until very recently that a large number of people started reacting to it. Last month I was signing some of my new scarecrow figures at New York Comic Con and someone told me that they bought tickets just to see me specifically. I thought that was absolutely crazy- in a good way of course. It was definitely an eye opening moment for me.

What is the most challenging aspect of your work?

Having to give it away. Every piece of art I make is essentially a commission for myself so when my art sells it’s a very bitter sweet moment for me. On one hand I appreciate that someone besides myself is interested enough in what I have to offer that they’d give their hard earned money for it. On the other, it feels like I’m saying farewell to one of my inanimate children and not knowing where they’ll be living for the rest of their days. 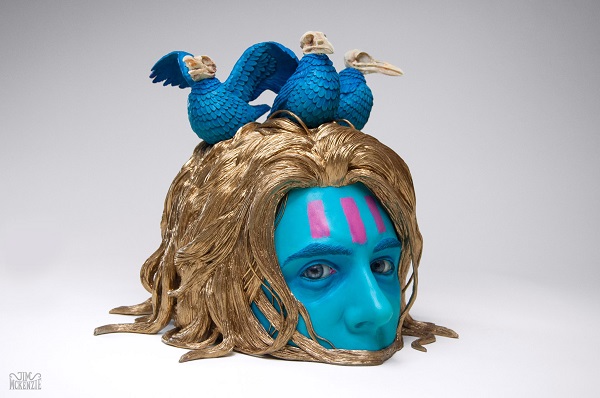 I feel like colour is an important aspect in all of your pieces? Even in your “darker” pieces, your use of colour is vibrant and exciting. How do you decide on the palette for your works?

Color is just as important as subject matter. It sets the tone of what emotion you want to convey. I tend to stray away from dark colors. Sometimes it’s not an overly intentional decision but rather an instinctual choice to keep things vibrant and fun, even when the subject matter may be dark. 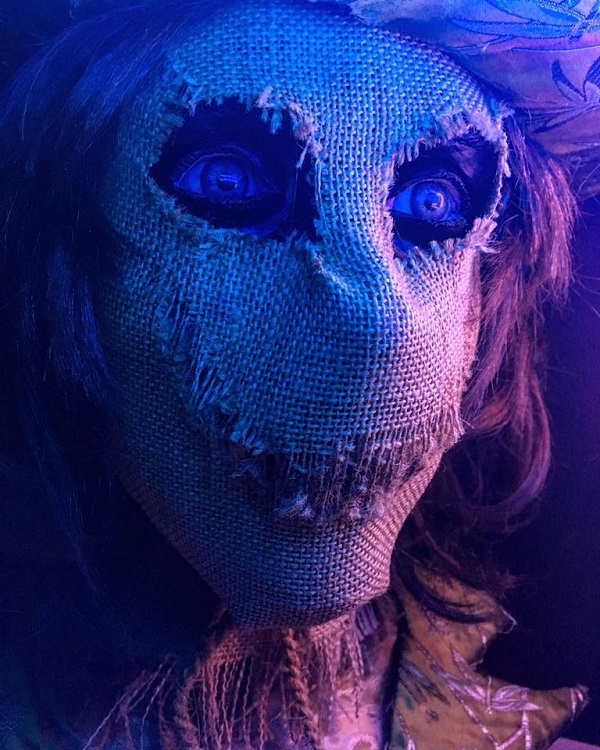 You have something about you that seems to attract all different people to be mesmerized by your work. I experimented with this and showed a really broad range of people the making of the Scarecrow. Everyone adored it, regardless of their taste in art. What do you think attracts so many different people to your work?

I couldn’t tell you, but I’m glad people are enjoying the work. There’s a lot of myself in everything I make which some people might relate to. My inner child decides what I’m going to create and my inner adult pulls it off for him. We’re a pretty good team. 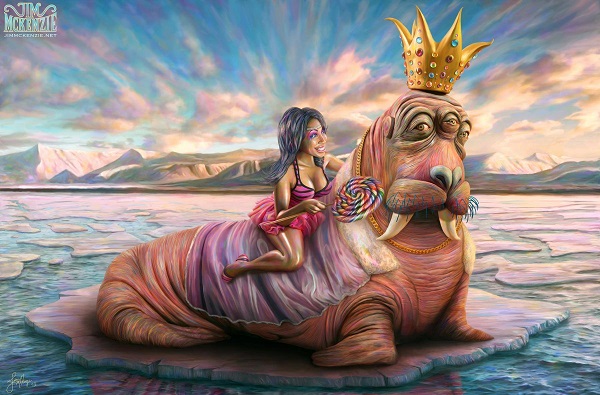 I am so excited about your upcoming live action web series “Makin’ Things”.

“Makin’ Things” is my new faux instructional art program for kids which takes place in 1990.

I’ve recently been getting tons of inquiries to start making step by step YouTube tutorials on how to make things. I thought it would be funny to take that idea and push it to the extreme by creating a mock public access program out of it. A week before I released the first episode I went online and announced that I was going to be putting together an informative and instructional art web series for all the world to see. I’m afraid I may have crushed some souls because there’s nothing informative about this show what so ever.

My character on the show is a soft spoken and somewhat creepy clique art host. I spent two months growing the worst possible mustache I could grow just to play this character. There’s also a muppet-styled version of my dog “King Gordo” who is my sidekick on the show and together we “teach” kids how to create their very own masterpieces. 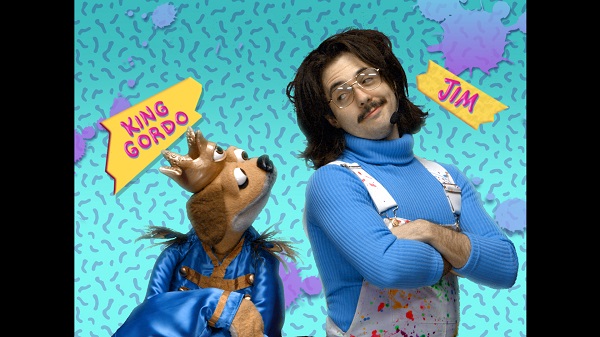 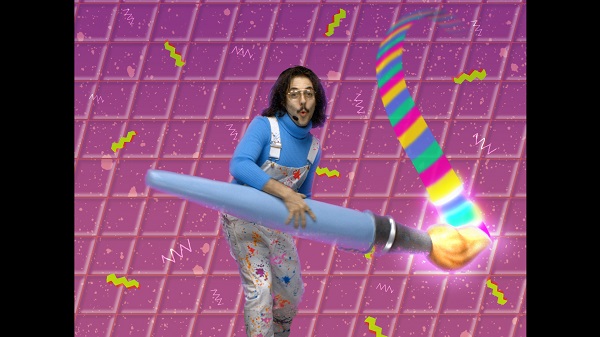 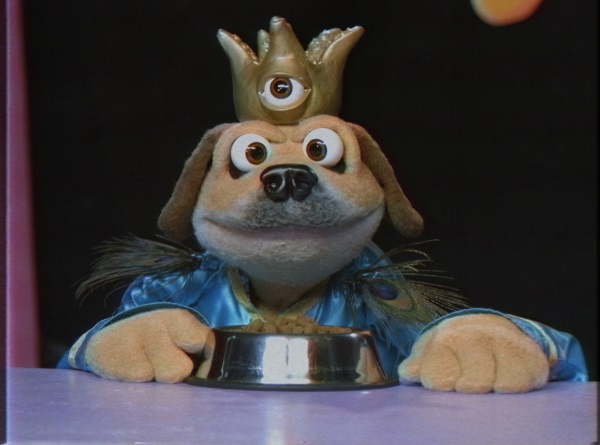 I would love to hear more about any other upcoming projects on the horizon!

There’s a bunch of new fun stuff in the works for 2017. My office neighbor, Morgan Spurlock just invited me to take part in an amazing new show that he’s curating at Kimball Art Center in conjunction with Sundance Film Festival. It’s called “Thirty-Three”: Celebrating 33 years of the independent film spirit and the Sundance Film Festival. The show opens January 11th.

I’m also coming out with a new vinyl toy of “King Gordo” next month with 3D Retro.

Oh, and can’t forget about the “Hearts Blood” group exhibition September 2017 curated by beautiful.bizarre at Haven Gallery! I’m looking forward to what next year brings to the table.

What is your favourite drink?

If you could be any fictional character, who would it be?

If Hollywood made a movie about your life who would play the lead role?

What was the last book you read?

“Our Revolution” by Bernie Sanders

What makes you angry?

What makes you happy?

Pick one super power you would like to have?

The ability to turn objects into candy. 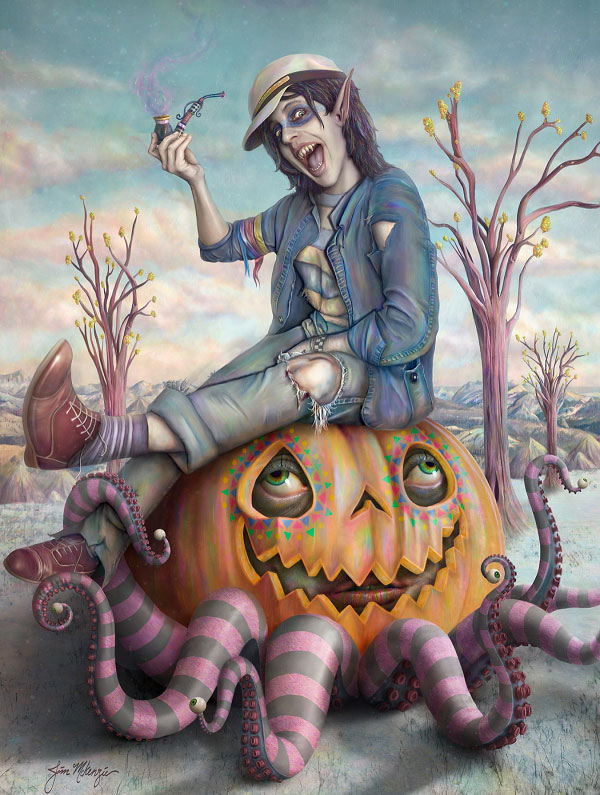 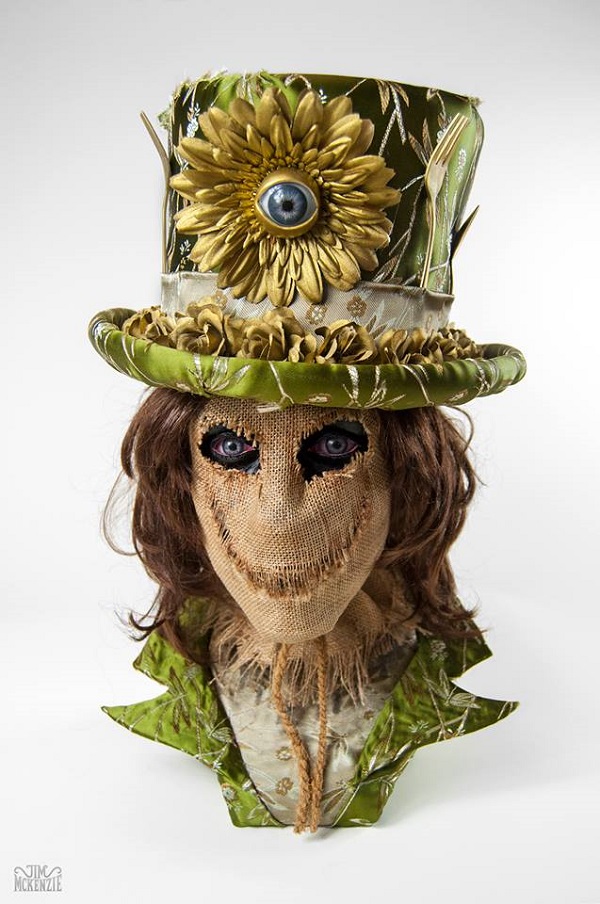 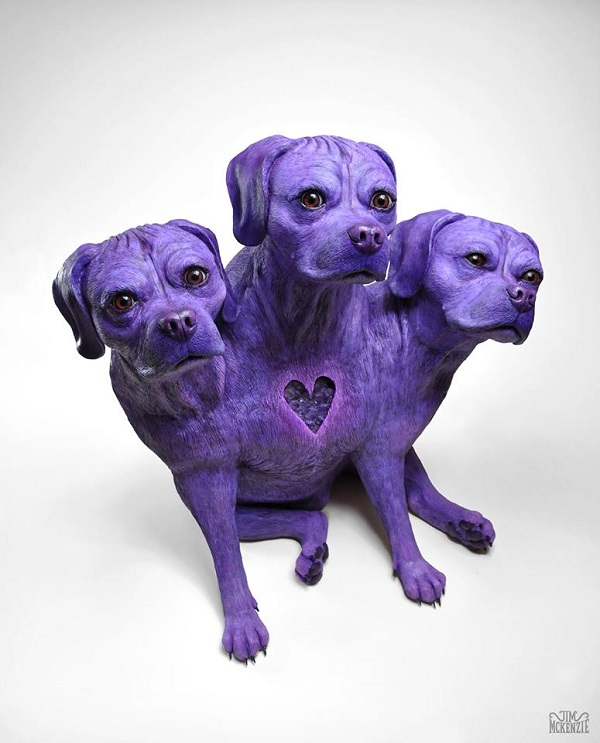 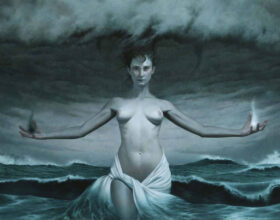 A New Dawn: IX Arts in the Year of the Rooster 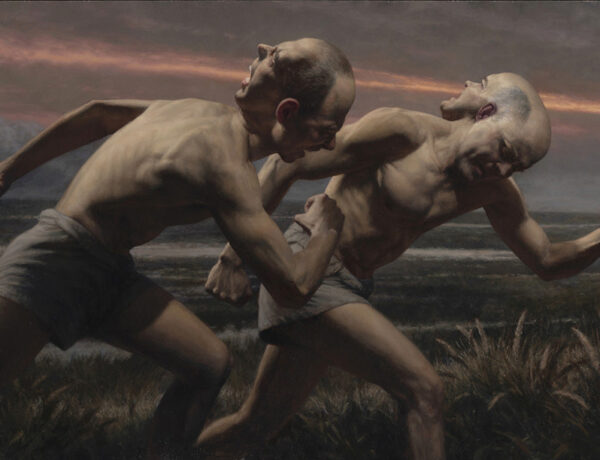 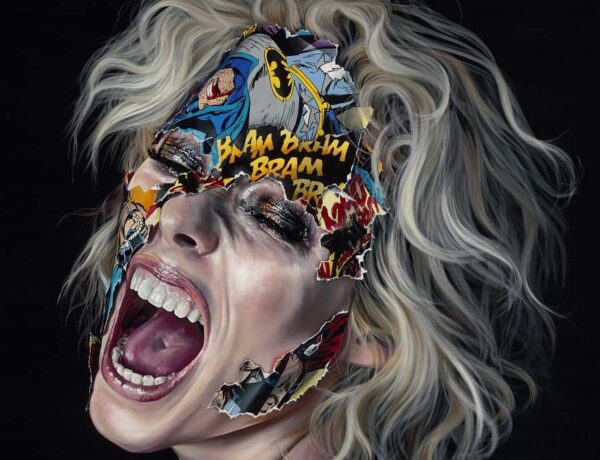 Edith Lebeau: 'When the Light Goes Out' @ Modern Eden Gallery