San Francisco artist Chuck Sperry has earned his right in the rock ‘n roll hall of fame….. not for music but for his incredible talent of designing and silkscreen printing distinctive rock posters, he has a slew of famous names that he has worked with and his artwork has been exhibited at some leading art and music institutions. Chuck has honed his craft to perfection, with 20 years of experience behind him, now is the perfect opportunity to see some of his work at Spoke art NYC.

Chuck’s solo “Helikon” is currently on view with a new set of screen printed editions on oak panel. Along with these works you can also view some posters from Chuck’s personal collection, rare custom framed and fully archival rock posters that highlight a segment of rock poster history. Find any means possible to head to Spoke art until December 11 to see Chuck’s new editions on paper, on wood panel, archive wood panels (including one Semele!), gig poster retrospectives and over two dozen custom framed pieces from Chuck’s personal archive. You can even pick up the book release of Chuck’s new limited edition monograph! Who doesn’t love the melding of these 2 art forms together! Music and art combined with some rock and roll history and new incredible works! Get there quick or head over to the web page as online sales have already begun! 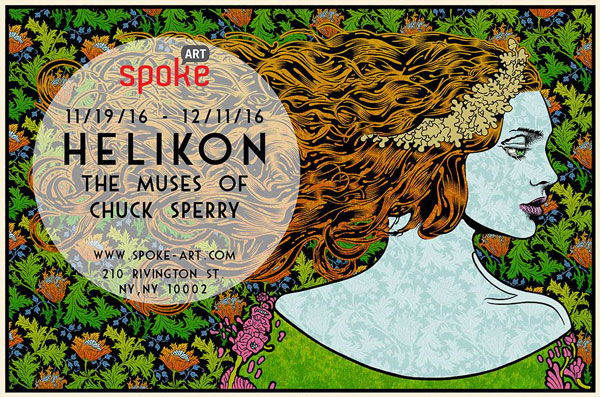 SPOKE NYC is pleased to pleased to present HELIKON, a new solo exhibition featuring the work of San Francisco based artist Chuck Sperry. Following his two wildly successful solo exhibitions in Los Angeles (2015) and San Francisco (2014), Sperry continues to expand his on-going Muses series with a new set of screen-printed editions on oak panel. In addition to these new works, a selection of rare gig posters from Sperry’s personal archive will be displayed, all custom-framed and fully archival, highlighting a comprehensive segment of rock poster history. With nearly 20 years of experience in screen-printing under his belt, Sperry has re-defined the rock poster genre with his distinctive voice. Thousands of fans religiously follow his career as he’s created gig posters for The Who, Joan Jett, Pearl Jam, and The Black Keys, to name a few. Playing off the classical Greco-Roman idea of “muse”, being a source of inspiration for all things art and music. Sperry’s figures are emblematic of the energetic creative spirit represented in his work and the bands he showcases. Influenced by the psychedelic art ,nouveau style, Chuck has propelled the American rock poster genre to a new level of fine art status with his print work.

In addition to the gallery exhibition, Sperry’s new monograph “Helikon” a compendium of his work inspired by the spirit of the modern rock poster, graffiti, and the utopian ethos of 1960’s psychedelia, will also debut at this exhibition. Each image in the book is paired with the prose or poem — from Homer to Nick Cave — that inspired each. Over a dozen photos by Shaun Roberts gives the reader an intimate portrait of the artist at work. Forward by New York Times’ bestselling author, Charles Bock, Beautiful Children, Alice & Oliver (Random House), and Best of NYC Culture 2016, Village Voice.

HELIKON opens on Saturday November 19th from 6 to 9pm. A new paper edition print will be available with accompanying variant editions. All sales will be conducted in a first-come first serve manner with limits per collector. Complimentary beverages will be served and the artist will be in attendance.

Chuck Sperry is a legendary Rock poster screen-print artist currently working and living in the Bay Area. Creating iconic gig posters over the past 15 years in his signature psychedelic style, Chuck’s work has been exhibited at leading San Francisco art institutions including the San Francisco Museum of Modern Art and the Yerba Buena Center for the Arts; his prints have been archived by the Achenbach Graphics Arts Council, The Oakland Museum of California, San Francisco Public Library (Main Branch), the United States Library of Congress, and the Rock and Roll Hall of Fame.

Spoke Art is an art space specializing in new contemporary painting, sculpture and illustration with an emphasis in accessible programming. Started in 2010, the gallery now houses two locations, one in San Francisco’s Lower Nob Hill neighborhood and one in New York City’s Lower East Side. Each space rotates monthly exhibits that feature a wide variety of solo and group shows, many of which feature an international roster of represented artists. 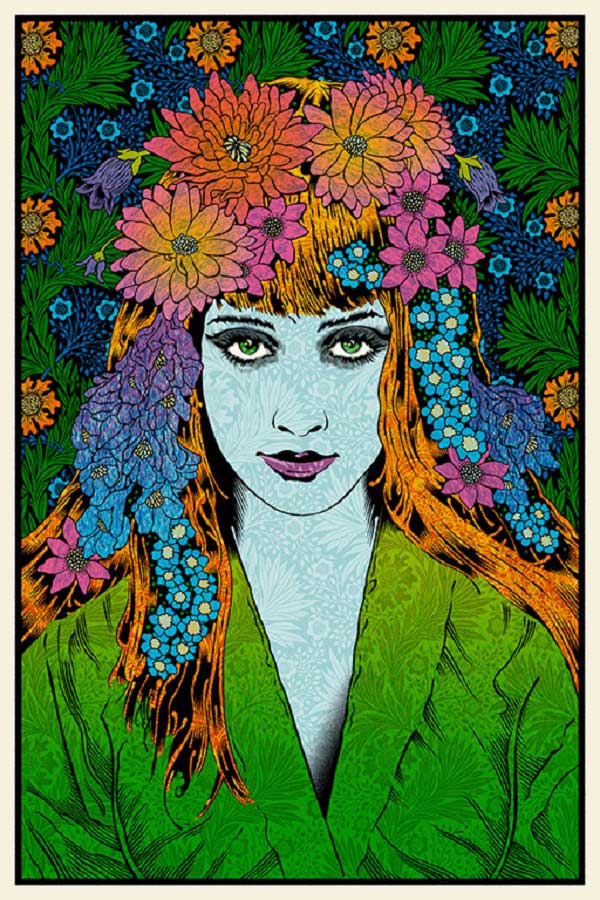 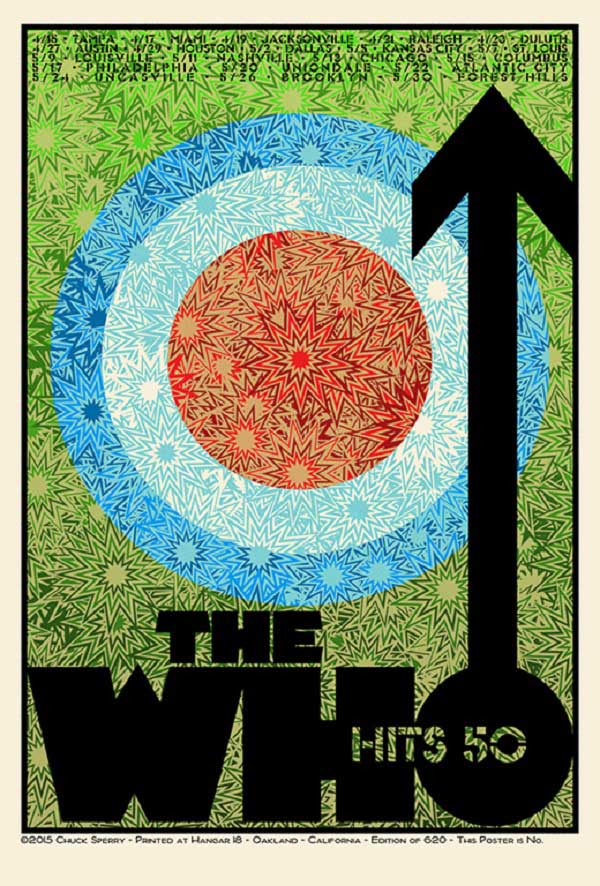 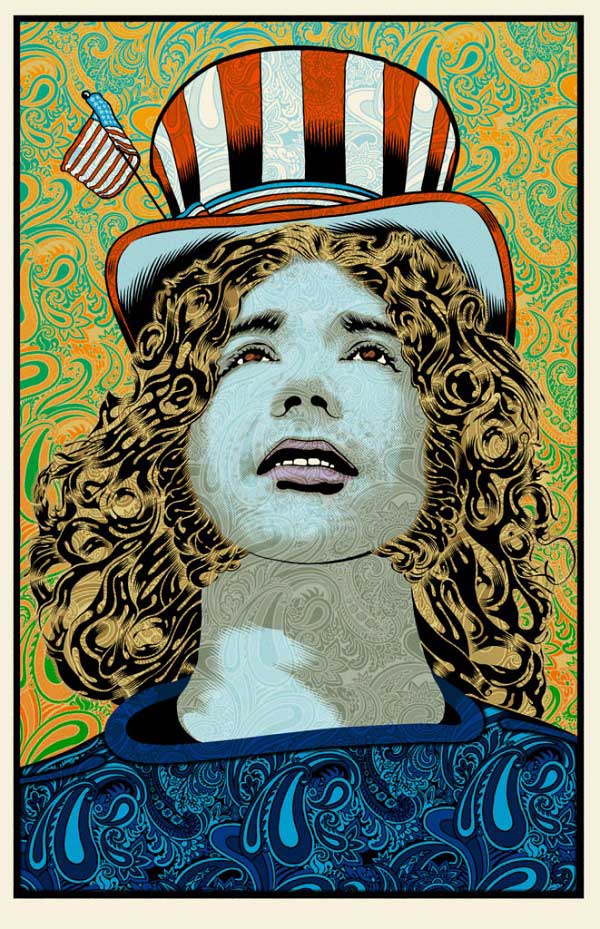 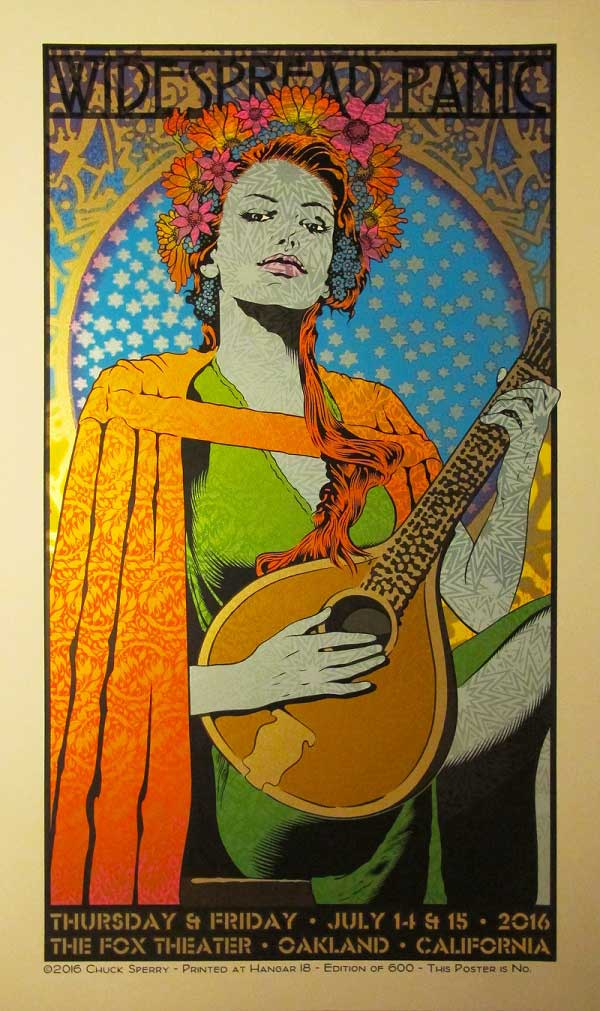 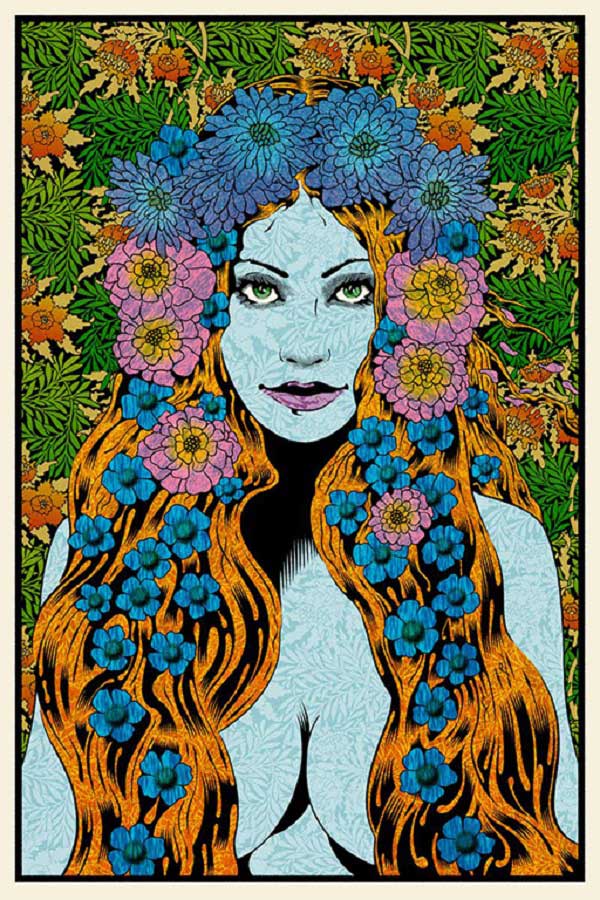 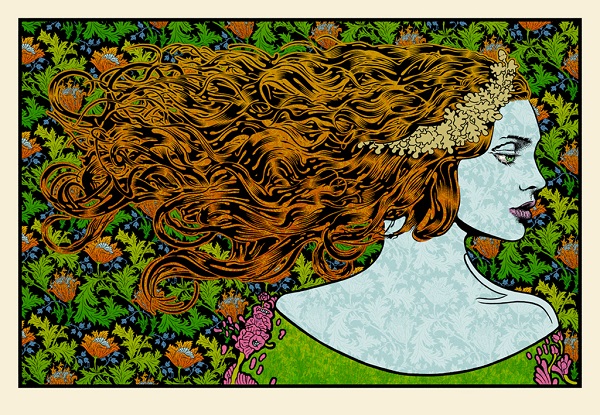 HELIKON: The Muses of Chuck Sperry 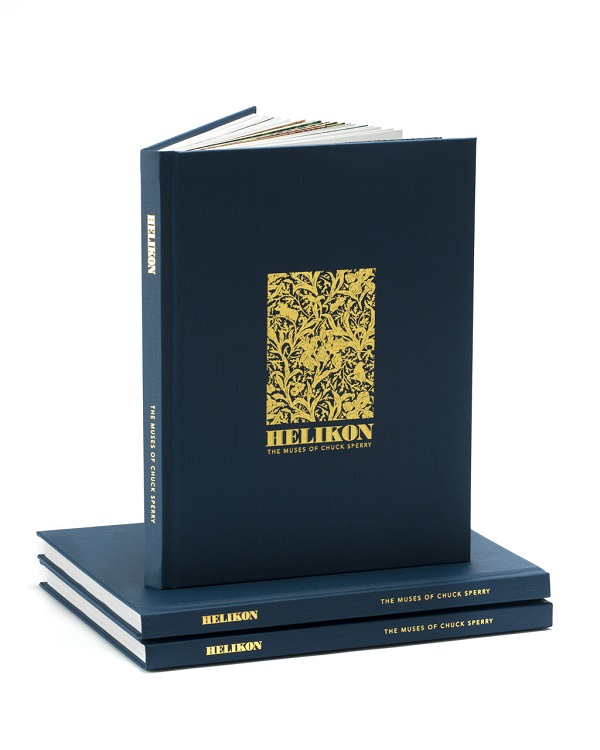 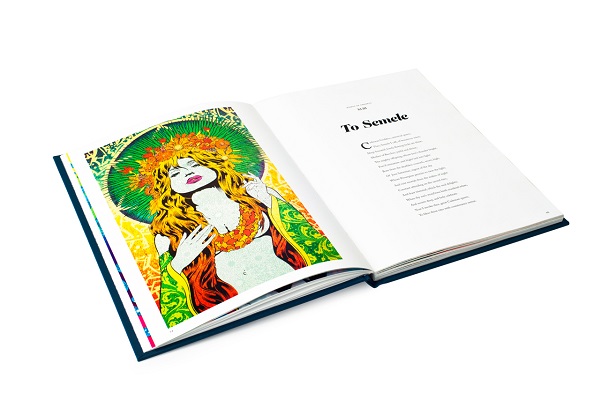 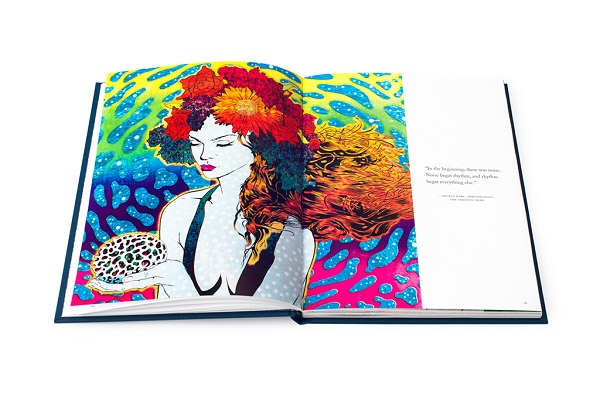 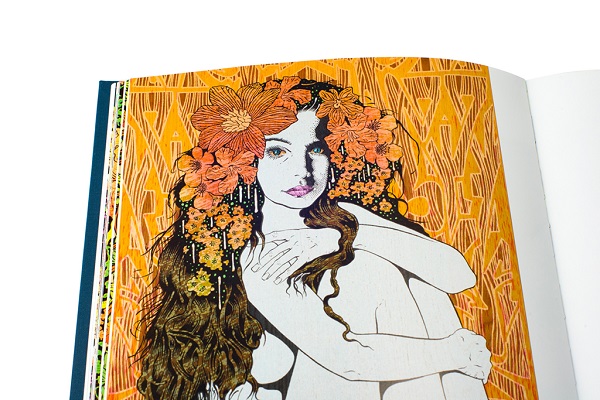 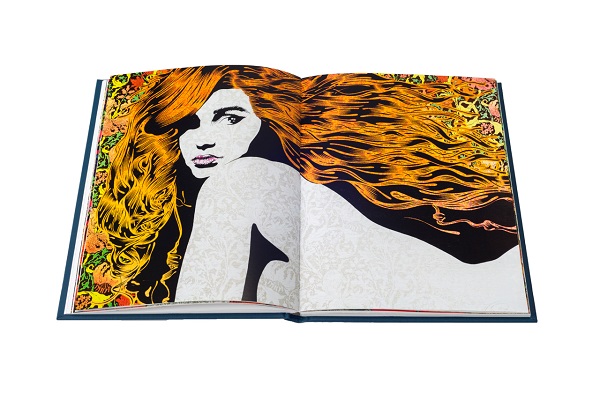 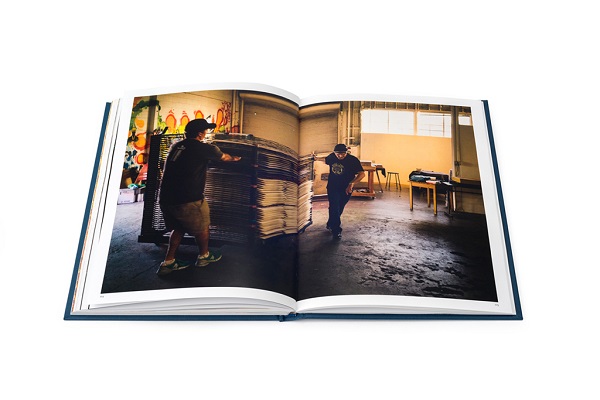 Freaks and Americana @ CHG Circa 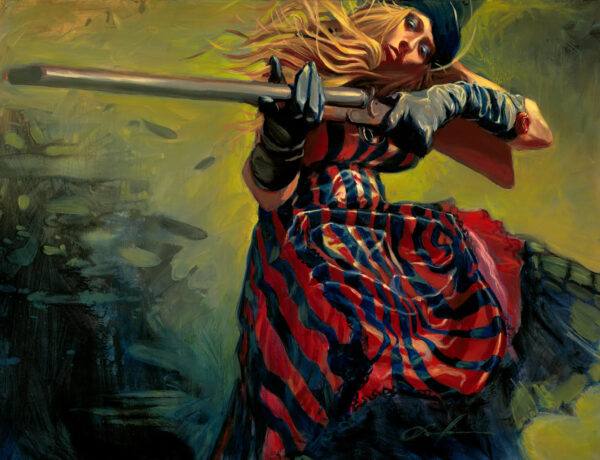 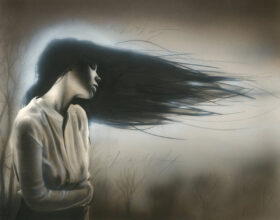