Allen Williams delves into realms beyond our own with such a sensuous insight, no matter how dark or alien his work may first seem, they always emit a curiously pure hospitality of their own. As an award winning freelance illustrator and concept artist, Allen has built a profound portfolio with clients including Guillermo Del Toro, Barnes & Noble and Paramount. Part of the beauty within Allen’s productions falls to the open interpretations that he encourages from his viewers; the raw receptivity his works invite allow you to generate personal associations that only add new layers to each piece.

This Saturday, October 8, Allen brings a collection of new works to Krab Jab Studio in Seattle, finally unveiling a selection of artworks that have emerged, patiently, from their cocoons. In anticipation, beautiful.bizarre’s Natalia Fedoruk chatted with Allen in a brief interview to find out more about his work and his Gods of the Wyld.

Allen Williams: “Gods of the Wyld” 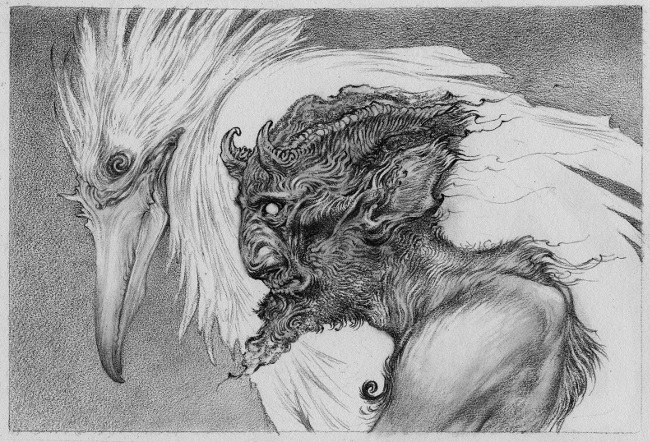 Natalia: ‘Gods of the Wyld’ – this in an intriguing title for your solo show. Was this a concept a long time in the making?

Allen: Yes, I suppose it was about two years from initial concept to the show. I, of course, was working on many different projects during that time.

N: Were there any particular elements or experiences that drove the works you have created for Gods of the Wyld?

A: They are the beginning, you could say, of a larger world… a larger narrative concerning the way I’m led into the work that I do… the work that is the most personal. 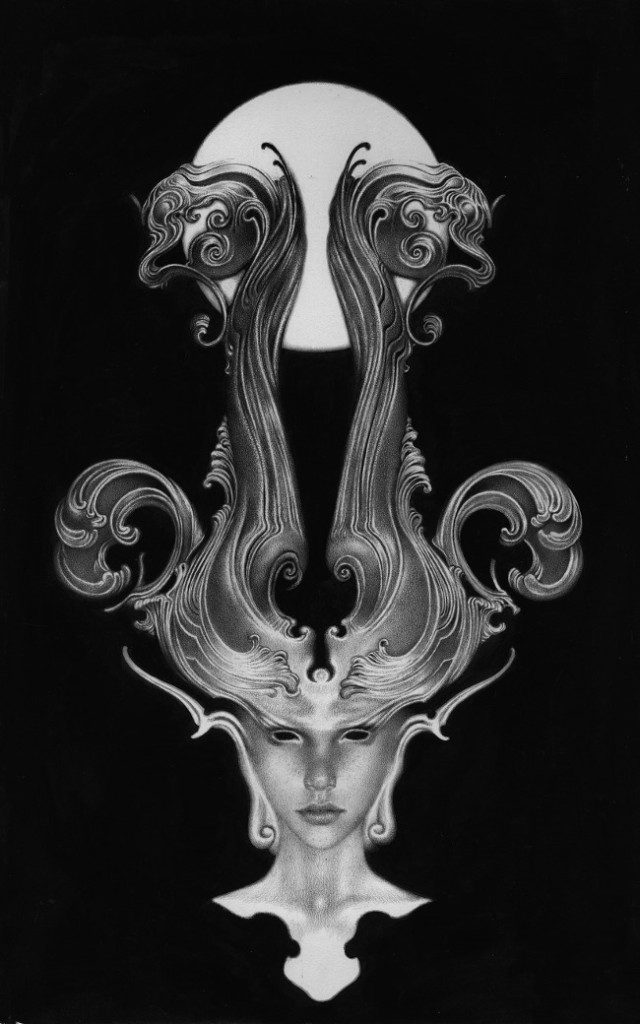 N: Do you have any plans for a topic in the Artist Talk at the opening reception, or are you planning on keeping it spontaneous on the night.

A: I think we’re supposed to Skype for the talk, but no I don’t really have any plans other than to show up and chat for a bit… see what develops. We have just made a very difficult move half way across the country so we are truly in flux and Skyping is the best alternative.

N: It will certainly still make for an interesting opening reception! Looking at your pieces for the show, you have a very distinctive technique – do you feel your artwork has evolved at all over the years?

A: Oh yes, as it goes along everything changes to a greater or less degree, sometimes very fast to the onlooker. 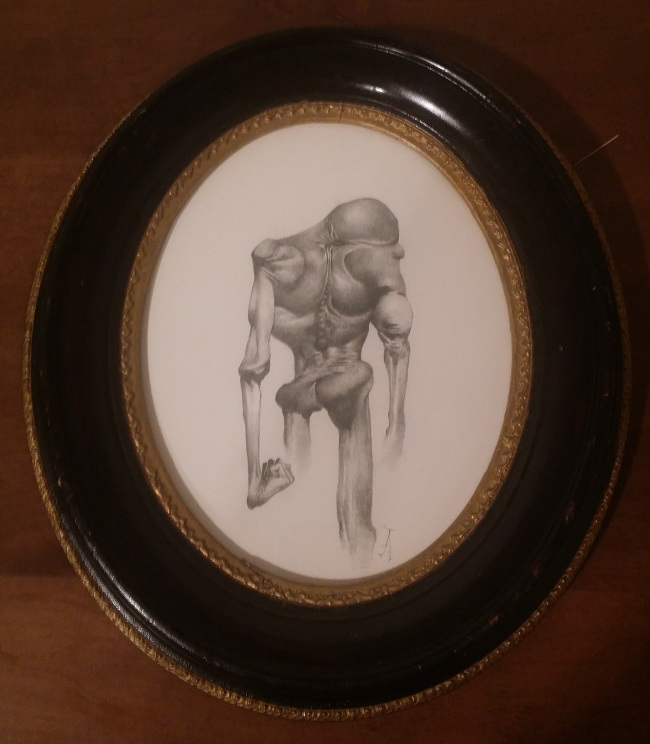 N: Working with both paints and graphite, is there a particular medium that you prefer?

A: I don’t really have a preference but more a response to what I think needs to be done. I am most comfortable with graphite, just because I have worked with that particular medium much longer than paints, but I do love them both.

N: I imagine to create such intricate pieces takes a lot of patience…just look at the detail! Does it ever get tedious?

A: I’m not sure tedious is a word I use much… usually when most of the decisions have been made and it’s just a question of rendering, I slip into more of a meditative frame of mind. Many times that’s when the next seed begins to germinate. 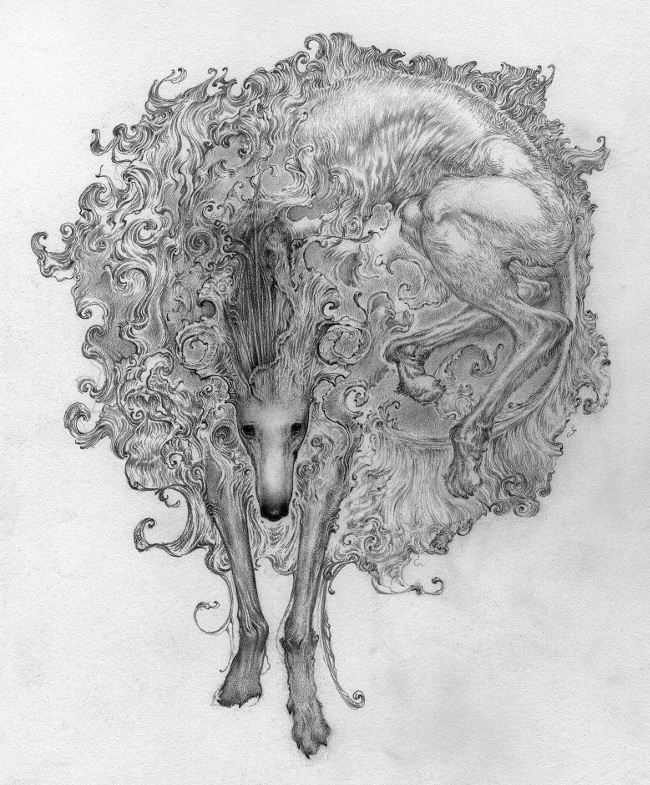 N: Are there particular sources of inspiration that you go back to when you need a boost?

A: Not a specific source, but many. Like all artists, I have a library of books and bookmarks that I cycle through constantly.

N: The elements of nature that weave predominantly throughout your artwork suggests you have quite an affinity with the natural world and mythologies surrounding it. For me personally I see an acute intimacy with raw life, and even the concept of death.

A: Well yes, those two are so tightly woven that you cannot fully understand one without the context of the other. What’s interesting to me is that so many people see things like skeletal forms as a metaphor for death, whereas I see it as the structure of life. The dominate theme that silently accompanies most of my imagery is that determination… that the grotesque somehow equals a negative spirit is incorrect. Just as you cannot rely on beauty to indicate goodness.

N: This links in rather neatly to my next question; some people see your work as rather ‘dark’, others depicting it as representing beauty in a less-traditional fashion. How do you see your own artworks?

A: I see my art as independent of that constraint. Much of the evil in the world happens in the light of day just as many souls are saved in the midst of night. This refers back to the assumptions that have been packaged and sold in the world… that beauty equals goodness; let us sell you the path to goodness.

N: Honing back in to Gods of the Wyld, the show is being supported by sculpture pieces by Forest Rogers and the Shiflett Brothers, and a piece by Stephanie Law. I believe that all of these accompanying pieces are based on your works. What is it like to see your creations interpreted by other artists in this way – and to be born into something in 3D?

A: It is amazing to me to see someone be inspired by what I’ve done and take it in their own direction. It’s transformation, the highest form of inspiration, as opposed to appropriation, the poorest. 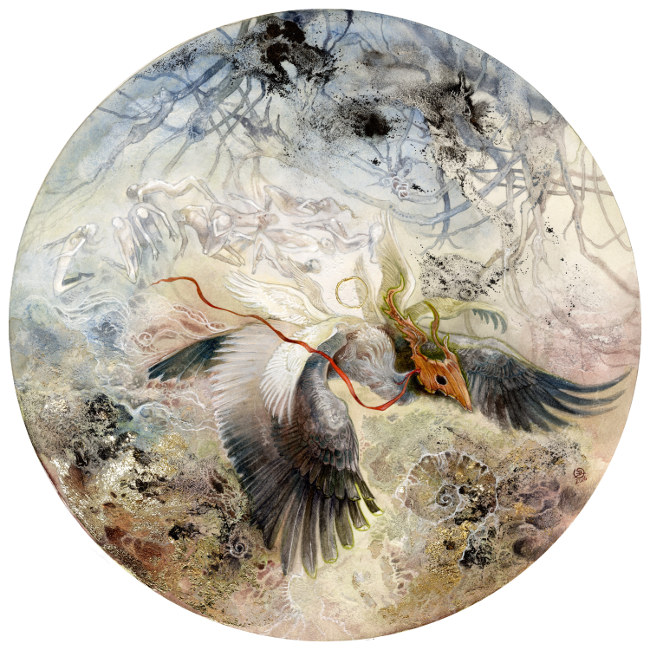 N: Other than your artwork being the grounding for the accompanying sculptures and painting, did you have any influence over what they were creating?

A: Oh no, I stayed out of their way as much as possible. When I asked them to participate I also said please go in your own direction. Pick a piece that interests you but feel free to deviate as much or as little as you wish.

N: Are there any particular pieces the audience should keep their eyes open for at your show at Krab Jab Studio?

A: Mae the Grim. She’s a persona that’s been traveling in my mind for a while now… years actually. 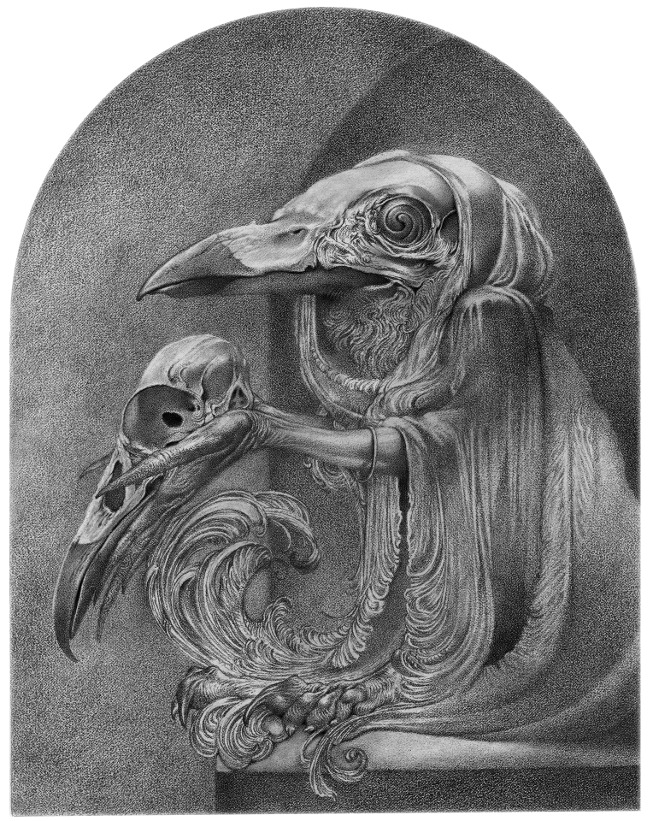 N: How exciting that she finally emerges… and at Krab Jab too! Last question: do you have any other upcoming shows?

A: I will be at Illuxcon in a couple of weeks, but only for the weekend Showcase. I have a few other plans but mostly they’re personal projects.

N: Thank you Allen Williams for your time, we are really looking forward to the opening of your exhibition this Saturday!


Goyds of th Wyld by Allen Williams will exhibit until Saturday November 5, 2016. If you would like to find out more about Gods of the Wyld, you can visit Krab Jab Studio’s website or event page. 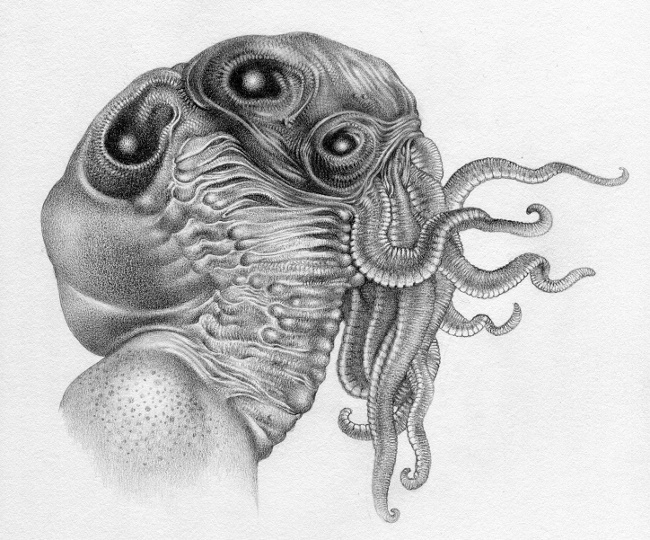 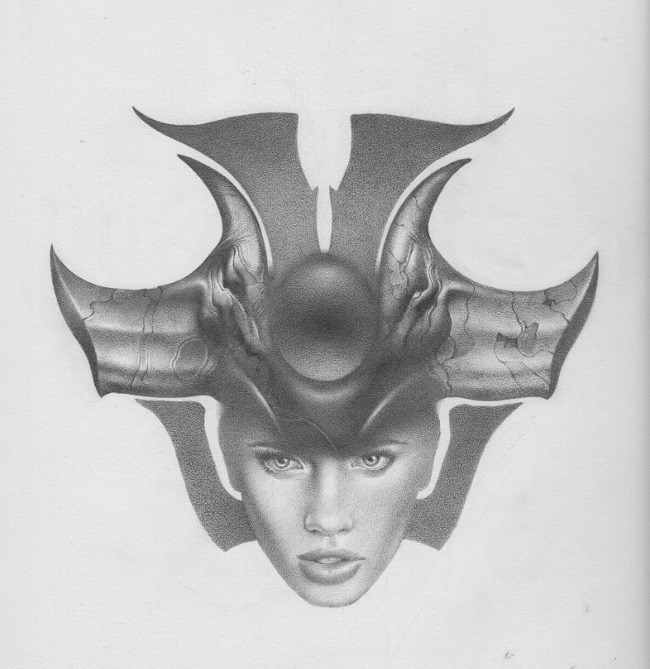 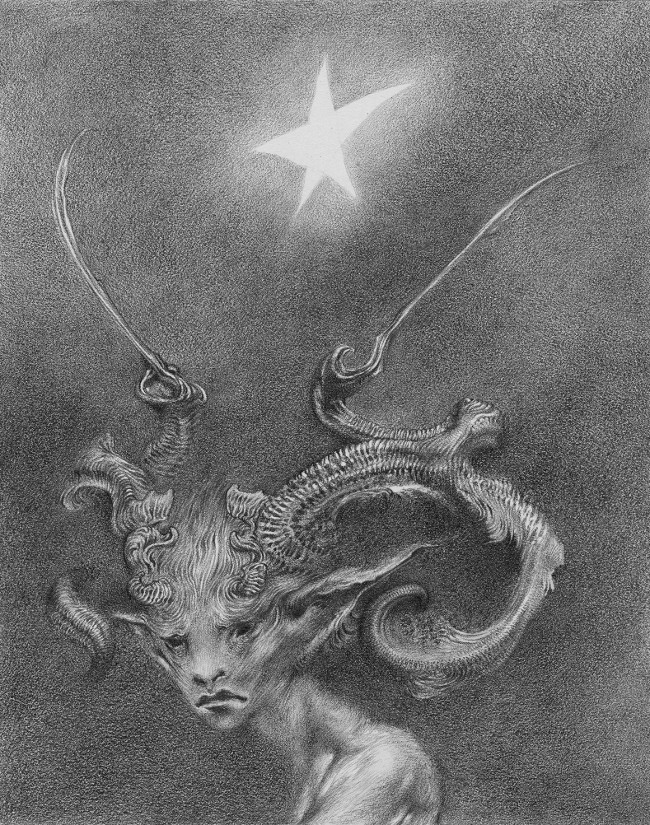 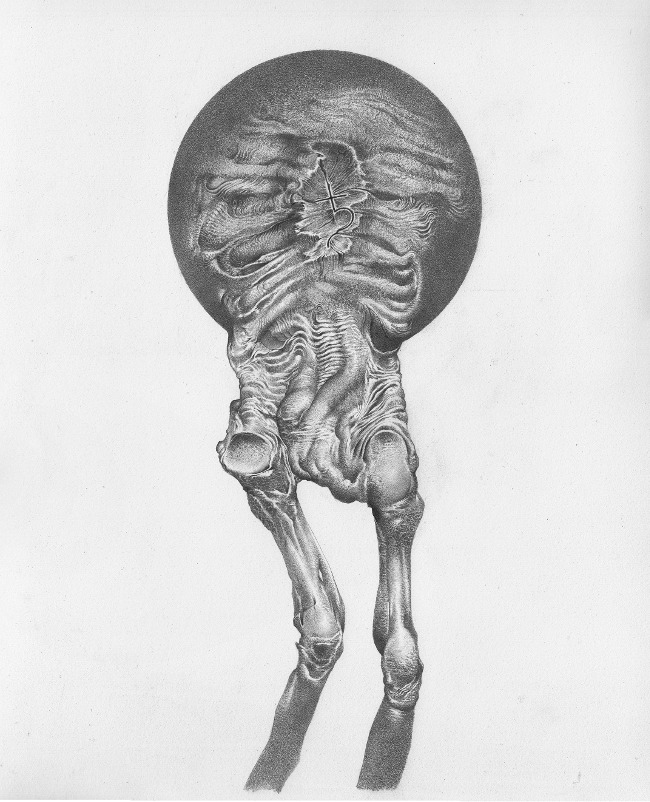 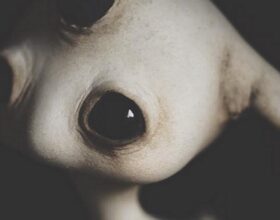 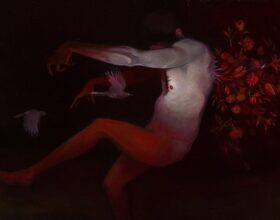 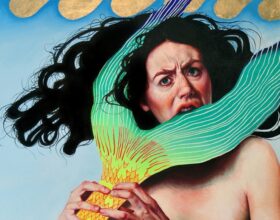 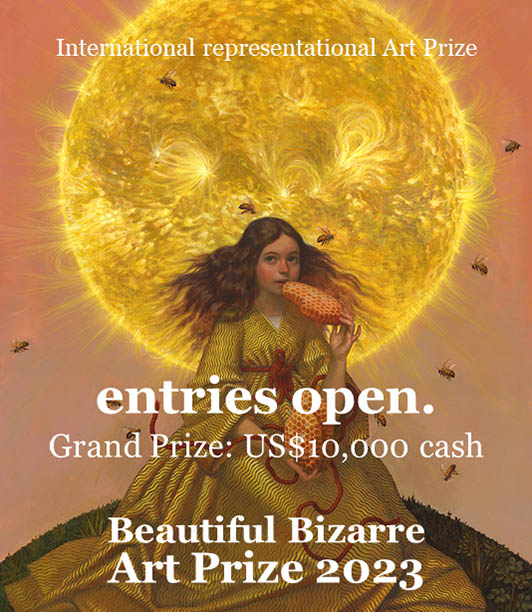