Chet Zar presents Conjoined V at Copro Gallery, a collaborative series in its fifth year featuring the works from over a 120 artists.

One of the first experiences you would have on the opening night of Conjoined V was walking past the live neon light sculpture installation by Rick Zar. For thirty years Rick has been working with neon and soft glass. What I found interesting about Rick’s work is that in order for his work to show one must be in darkness. Rick works in a dark world, within which he brings illumination—dare I say Rick Zar is a bringer of light? 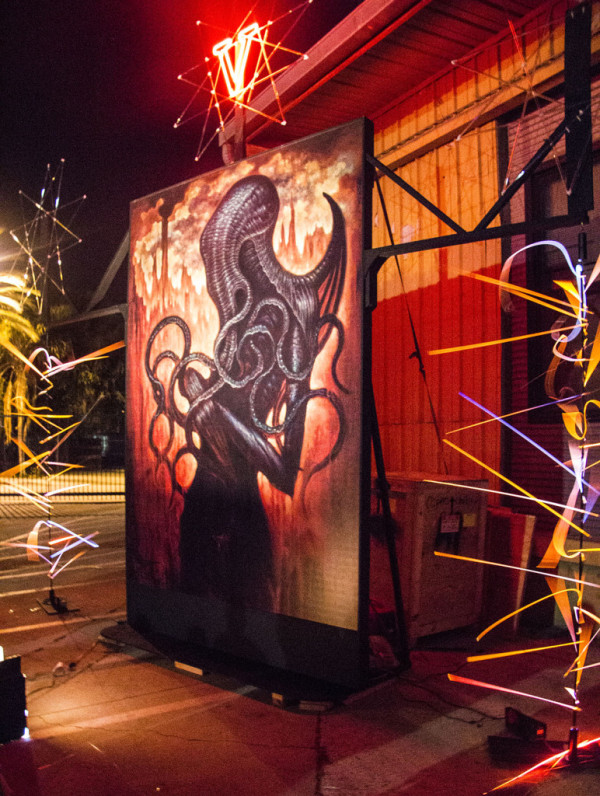 Aside from live sculpture his art is primarily known from his photography work with neon light. I’m reminded of Picasso’s light drawing how Rick captures neon light in motion, which results in obscure revelations of alien forms, as though he evokes spirits through neon illumination.

Once upon entering the gallery a sarcophagus of civilization stands before us like an ancient artifact prophesizing the empire of our modern ruin. This is the intricate work of Krystopher Sapp’s Metropolis. Standing center in the mechanics of modern civilization the human form merges with the industrialization of urban development, fusing organic consciousness with the mechanical ritual of colonization. In Krystopher’s work, pandemonium is an anxious system desperate to defend, zealous to expand, and disposed to self-destruction. 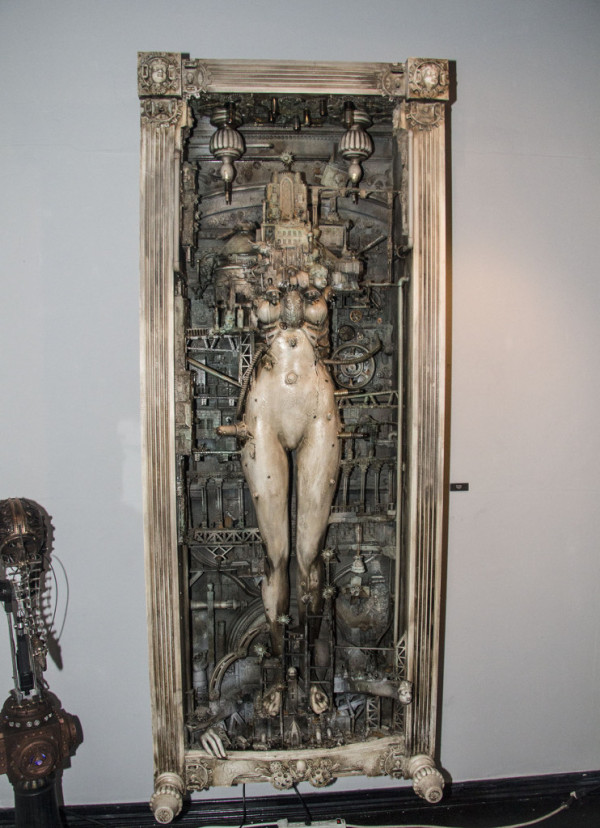 It is in this very hallway that one can look in the two gallery rooms and notice the macabre hyper-surreal works that make Halloween look like Christmas, though one could argue Western holiday consumerism to being a formidable foe to an army of demons. This show does raise a question of what these artists find beautiful in these dark works. These paintings and sculptures are fine art, requiring many hours of disciplined attention to create.

With works such as Meesha Goldberg’s painting Partial Eclipse of the Witch, a commentary on both our perception of feminine power and those who are connected with earthly energy, as well as the history of how society persecutes that which they do not understand, the tone for the entire show is set. There are over a hundred artists at the show and each would give a different answer why they created the dark works that they did, but one thing that I could say they all have in common, is that their work is a manifestation of the result of an internal dialogue between them and the darkness within them. That result is a healthy acceptance of these “monsters” that are a part of human nature by placing them in an area in their life that is not only safe for them, but perhaps beneficial to others.

As Meesha puts it, “I think it is really healing to recognize darkness and recognize your corporeal and fleshy mortal nature and to come to terms with those aspects of yourself so you cannot just say I’m a good person, and get righteous about who you are without accepting your own flaws or your own violence that you’re capable of. I feel like that’s what I try to say in my painting too—as trying to reconcile with those parts of yourself so that they’re not repressed, and you’re acting from full knowledge what a human being is.” 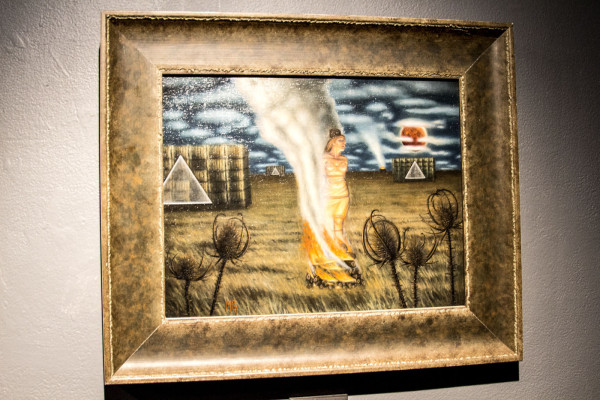 I spoke with artist Taslimur about his photograph piece, Cryptid, that he co-created with partner Michaela Bookout, who both modelled and created the beetle-wing frame. Inspired by the swampy landscape he saw on a road trip from Orlando to Miami, Taslimur recreated a swamp in his studio, literally, from the water to the plants. Everything that is seen in the photograph was part of a set he created with Michaela, meaning that no Photoshop was involved in the post production of this work, which I found this approach quite a contrast from the digital manipulated surrealist images that I’ve seen of his work over the years. However, when I look at the creature half immersed in the swamp, half human and half beetle, resting upon her own reflection, I see a projected image of Taslimur’s pure self unrefined and non-processed by a digital veil of perfection. This organic work, set in the muddy waters of a swamp, reveals the kingdom of a goddess creature. For me, this reflects how richness and greatness is to be found within the true order of one’s nature.

“I don’t think darkness has anything to do with macabre or the grotesque. It’s the essence of an object or person or a place. It’s the person who is seeing. It’s their perception. If you learn to look at everything in a positive and beautiful way and reflect your own energy into it then it’s always good.” Taslimur 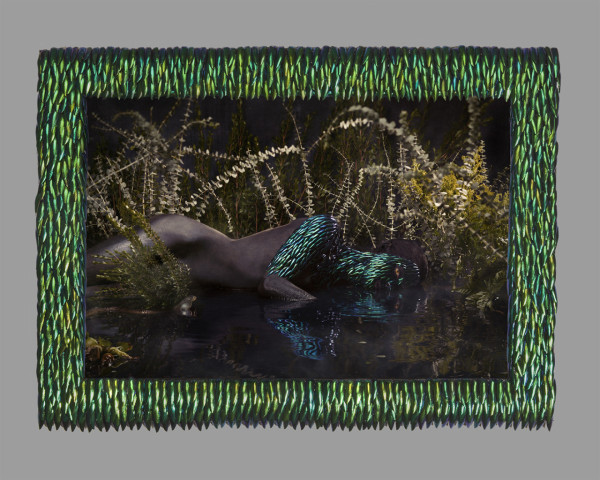 This beauty in darkness was further exhibited by the peculiar work of Ave Rose. Famous for her taxidermy sculptures, Ave has invited you to enter an imaginative world of the Watchbot Vivarium that includes over twenty-five robots created from small watch parts with real gemstone eyes, filled with rubies, amethysts, sapphires, and garnets. As previously defined, darkness is not necessarily the macabre or grotesque, but a psychological experience of perception. It’s alchemy or as Ave puts it, “It’s a positive energy. It’s knowing that no matter how dark things can get you have the power to create something full of light and full of beauty.” 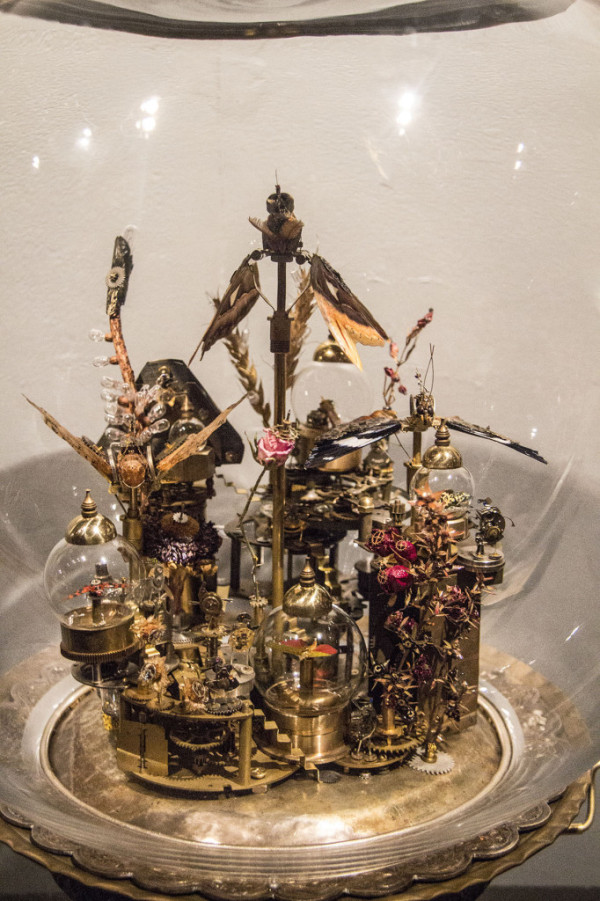 This point is literally exemplified in the works of Chris Haas who uses skeletons to create beautiful pieces of art.

“Bone is hard tissue. It means all the soft tissue and everything else has not been able to last through time and through the elements, but what did last and is still lasting is this hard tissue. It’s very energetically powerful. And I try to keep an upmost respect at all times for the animal that used to inhabit it.” Chris Haas

When I see works like Chris Haas’ sculptures the American Indian blood in me becomes energized. I think of the mentality of harmonizing oneself with nature, which is not learning to maximize one’s exploitation of organic environmental resources without exhausting the ecological system, but to adapt the processes of nature into one’s psyche and lifestyle, including death. 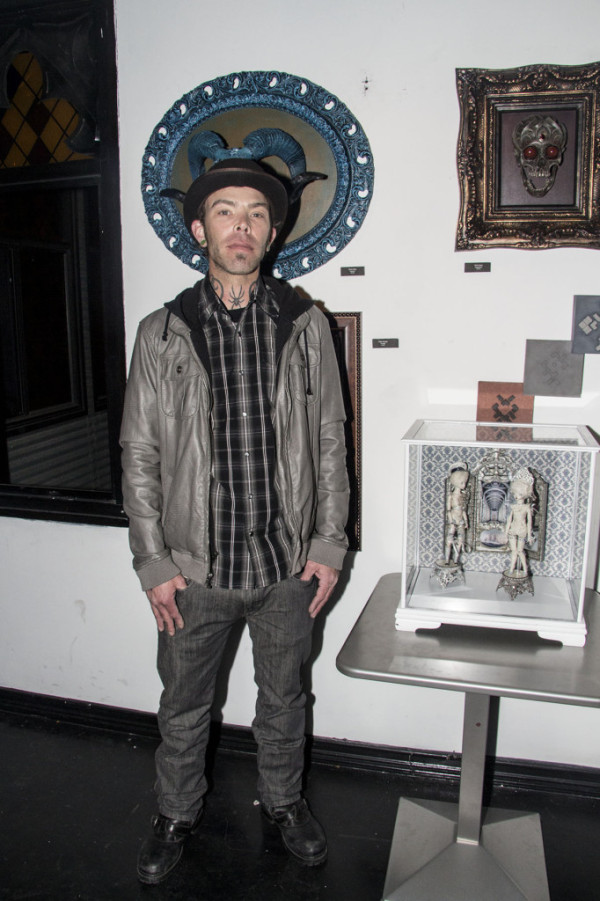 Some might not be able to get beyond the many grotesque forms of Conjoined V, but at its spiritual essence, this show reveals a change of consciousness in society—not that people are going to hell, but that they are learning how to rebuild a greater system from out of the destruction that has wrecked this world for thousands of years. As Chris Haas puts it, “I think that a lot of people are waking up. I think that we’re on a dawn of a new era of awareness, and hopefully a huge change.”

From Krystopher Sapps Metropolis to Ave Rose’s Watchbot Vivarium, these Conjoined artists see a lighter future amidst the dark presence of modern society. They are teaching us how to transform our current circumstances into something beautiful. And as forewarned in Meesha Goldberg’s painting, to not learn from these prophets would result in the persecution of the embodiment of our very hope. 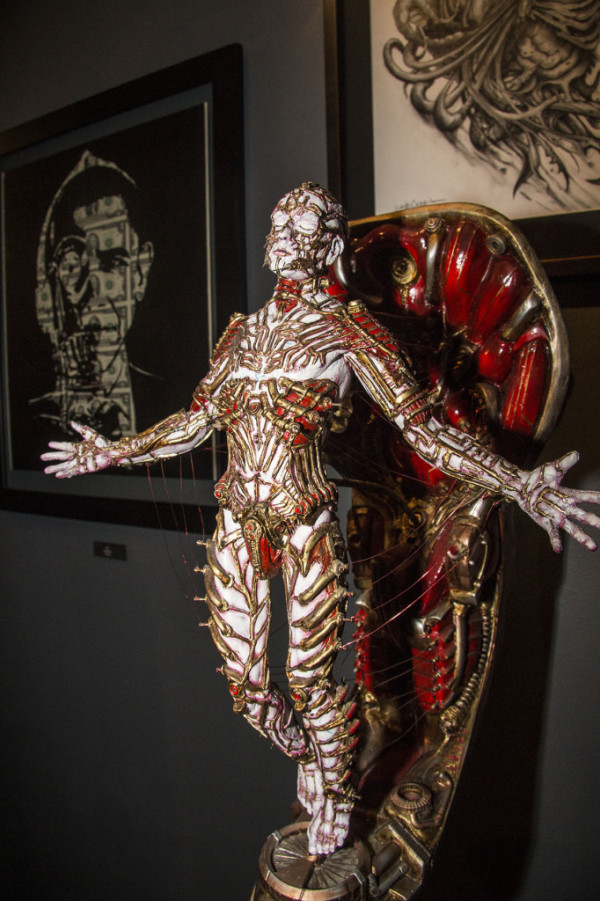 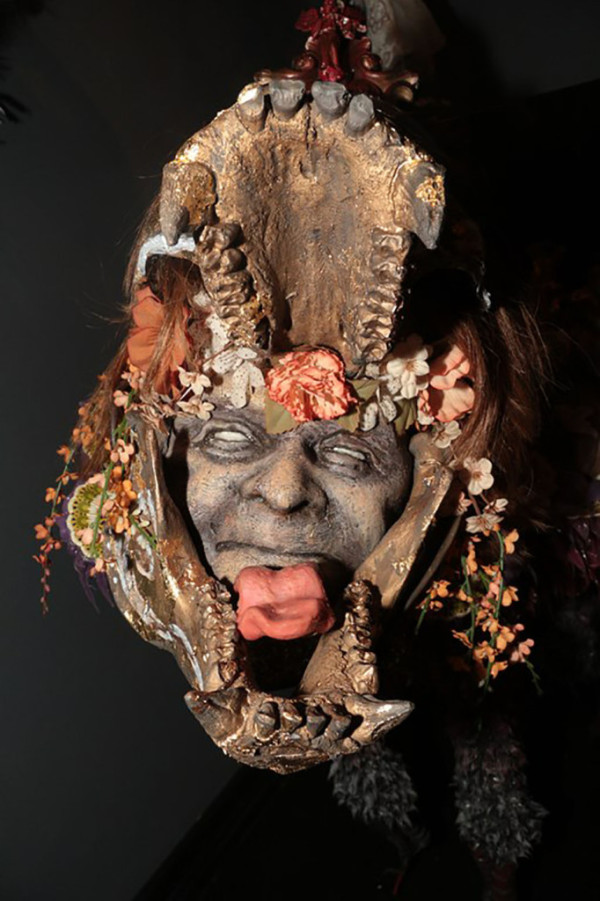 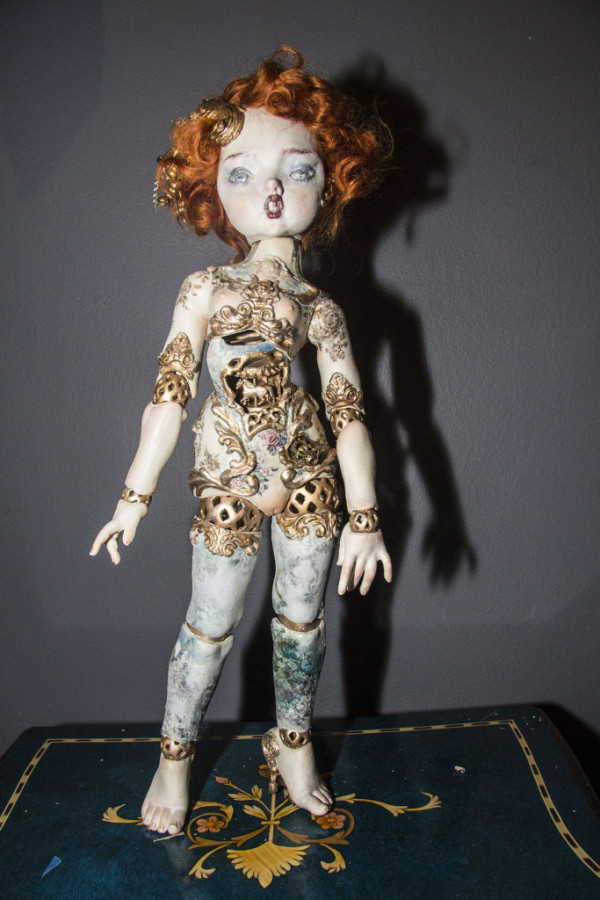 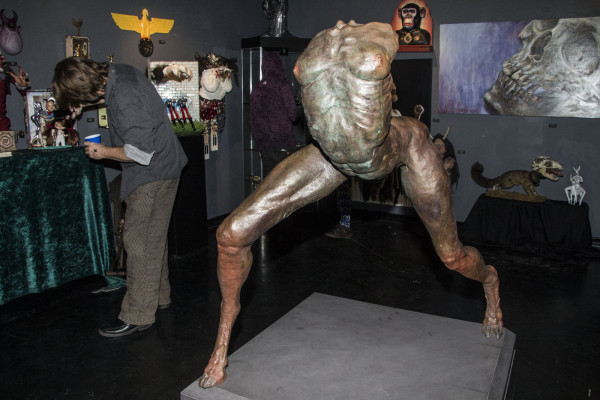 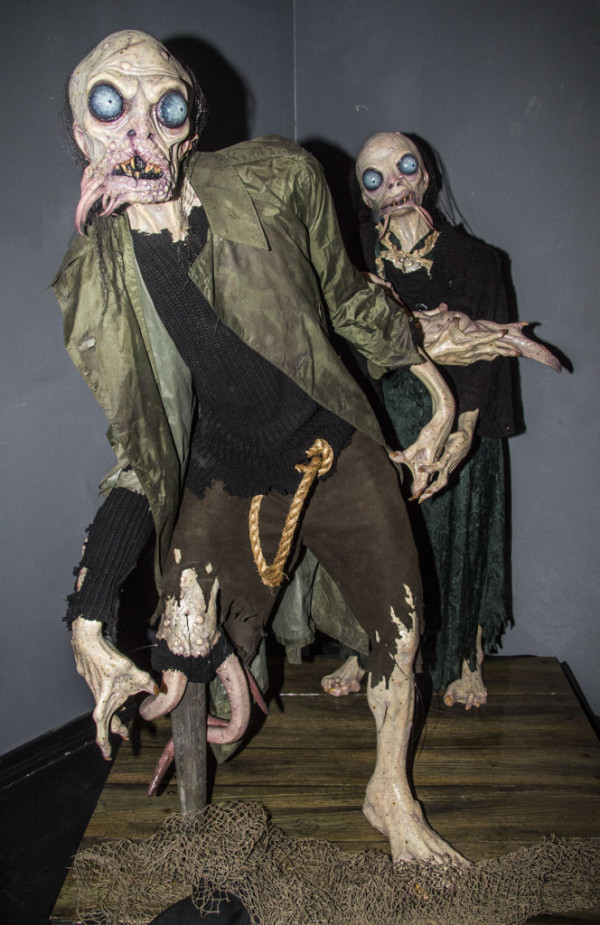 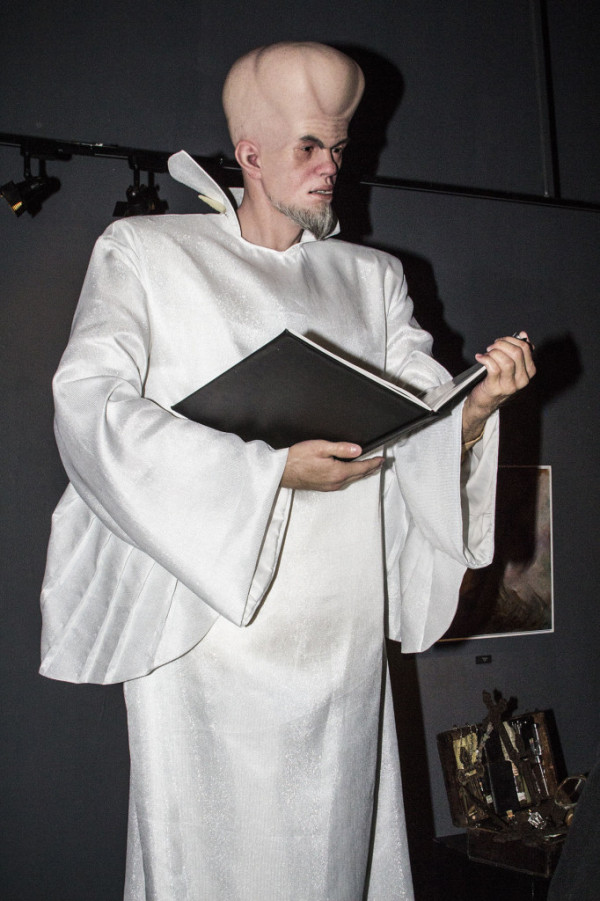 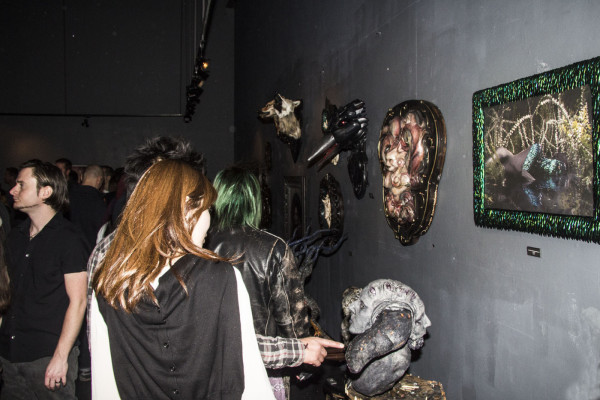 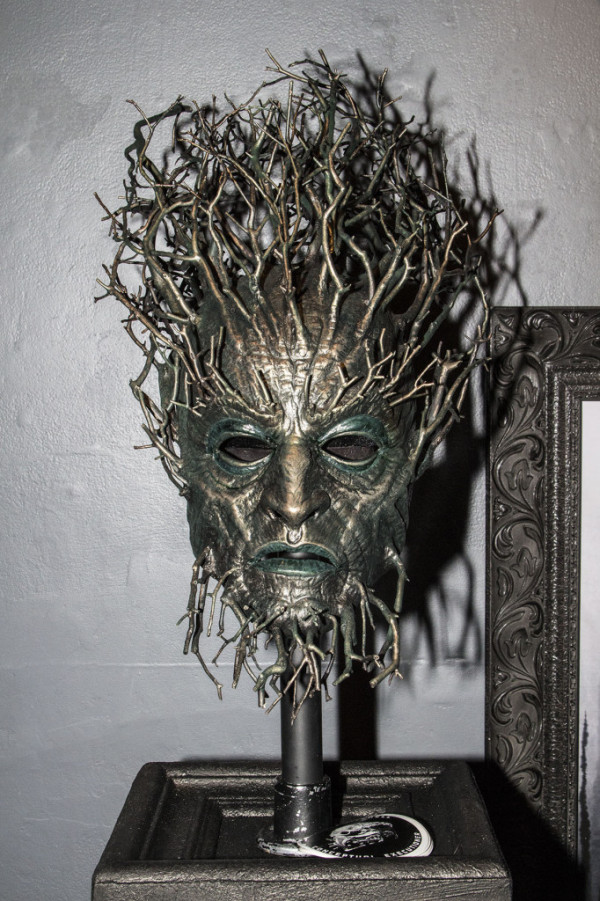 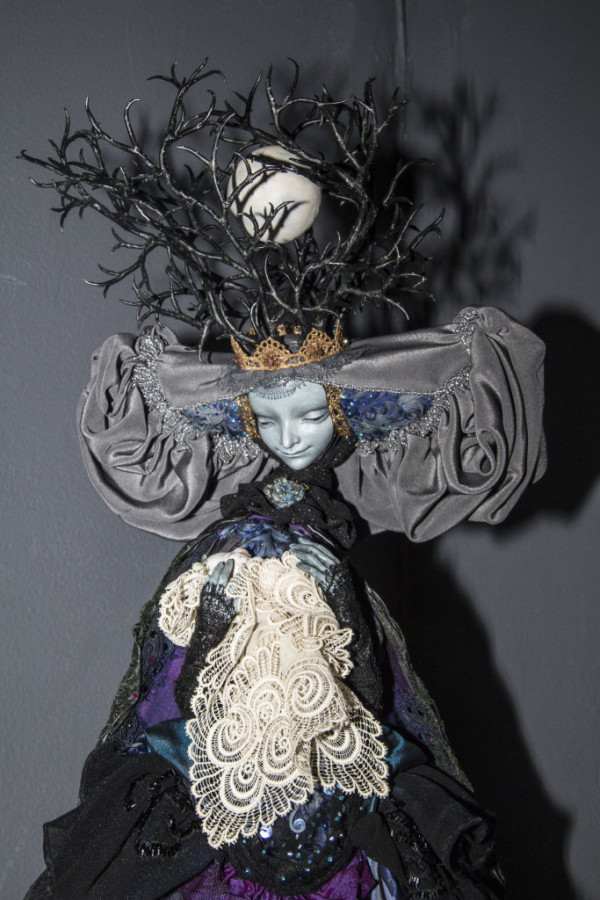 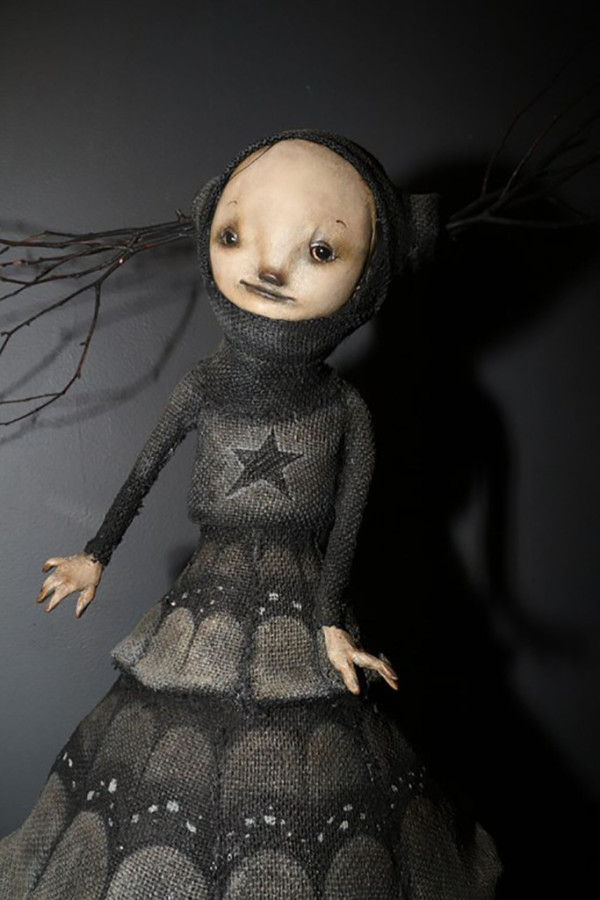 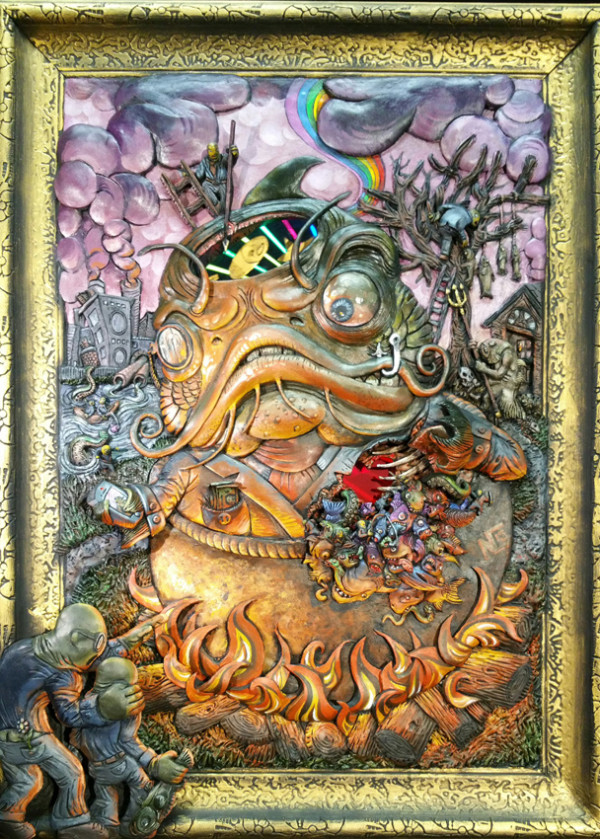 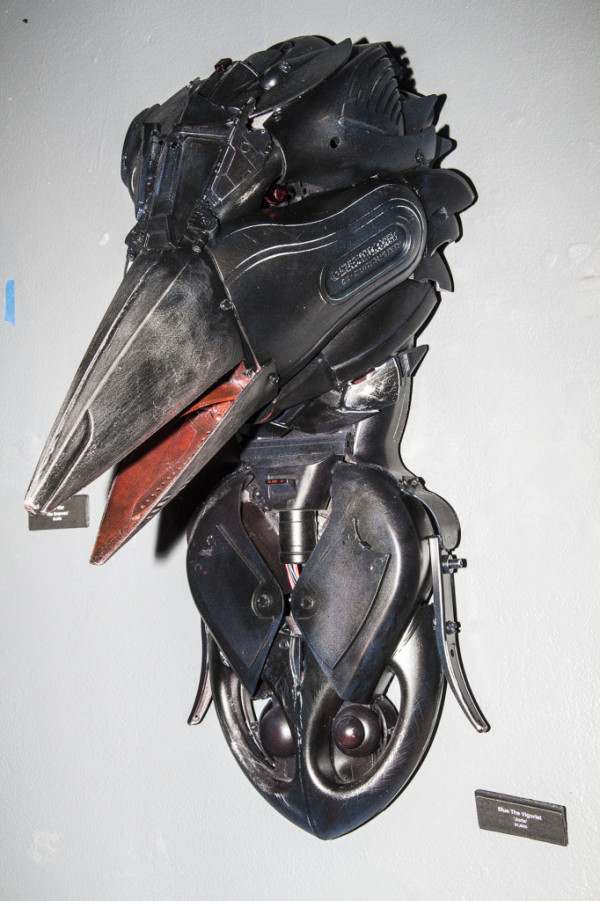 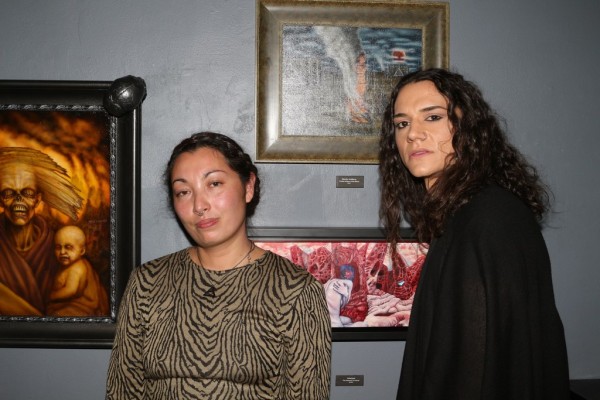 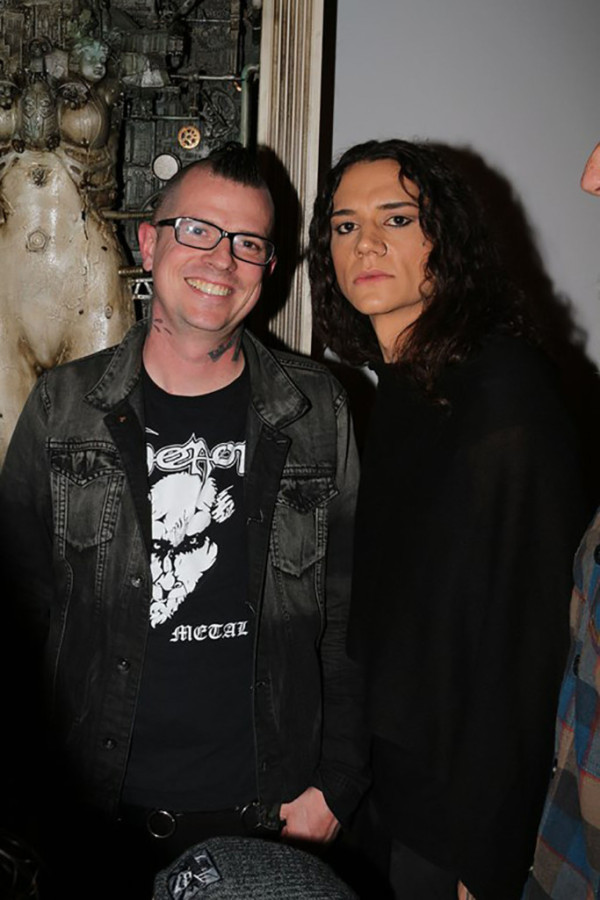 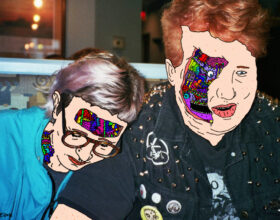 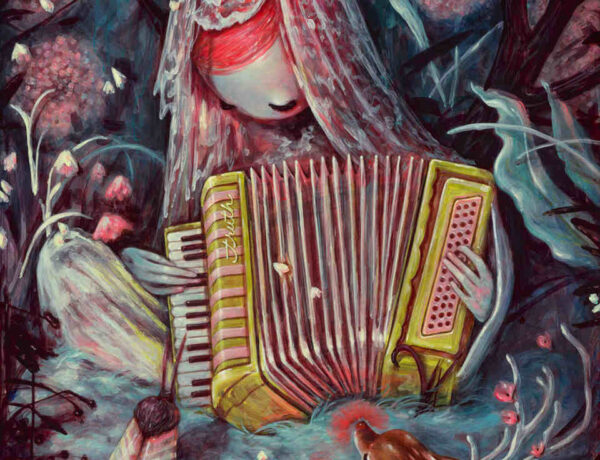 Brandi Milne: Everything I Ever Was @ Corey Helford Gallery 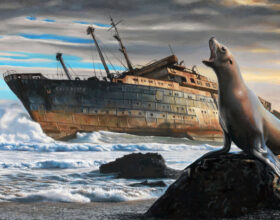