After any amount of time looking at the animal protagonists in the work of New York based painter Martin Wittfooth you will certainly come away with a reduced liking for the one species never depicted in his works – our own.  Hauntingly beautiful, and executed in a style reminiscent of the masters of centuries past, Martin nevertheless taps into the heart of a very modern dilemma… how can we share this world with other life when so many of us choose to live in a state of willful disregard?

Interview with Martin Wittfooth  in conjunction with his editorial in Issue 017 of Beautiful Bizarre Magazine. 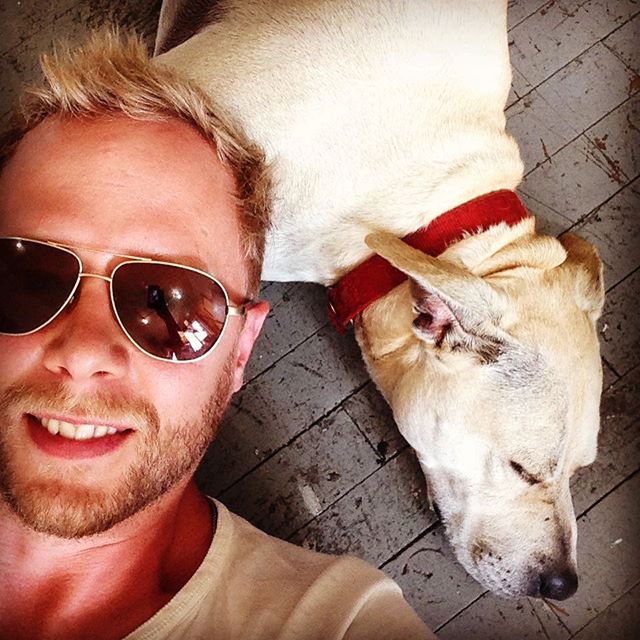 When looking at your work and trying to nail down a specific influence I must admit I was stumped! While surreal-realism (or is that realistic-surrealism?) is widely practiced today, with your use of the classical techniques, when combined with the animal as protagonist, you seem to have found a voice that is exclusively yours.  Did you set out to present something unique, or is this something that evolved with your artistic practice?

I arrived at my “style” through a long period of searching, trying different techniques, trying to emulate something a previous artist had been able to evoke in a work. It felt like a long time just trying to figure something out, and there’s no clear point in time where it felt that things clicked together and my work began to feel like my own, and not just derivative of something that I was trying to learn from. I’ve picked up a lot of ideas and pointers from visiting galleries and museums, and while living in New York I have gotten to do quite a bit of that, and in that same time my work has arrived at some place that I feel is its own organic thing; still going through changes and new explorations but with a more solid base to launch from. 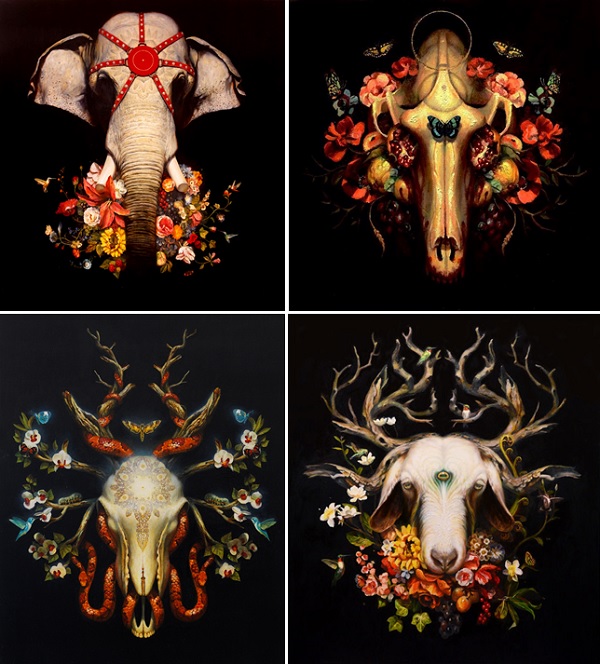 While I am sure that you are asked often about your use of animals as the centrepiece of your works, as an analogy for the impact of man on the world… well, I’m not going to be any different! What I would particularly like to know though, is about when you made the conscious decision to exclude the human form from your work. What was the germination of this central theme of your oeuvre?

I decided to remove the human figure from my work (yet retain a suggestion that a human fingerprint has an influence on the scenes I paint) sometime during my two-year Masters program when I first moved to New York in 2006. I wanted to see if I could express emotion and ideas without the aid of a human agent. Earlier I thought about incorporating human forms but found that in an attempt to carve out my own identity as a painter I stylized them heavily and didn’t feel that I could bring forth a kind of gravity that I was seeking to work with. Once I removed the human figure this started to emerge. I attended a lot of painting classes back then and feel like my skills grew in conjunction with this new avenue of exploration, and now a decade later I’m still on that path. 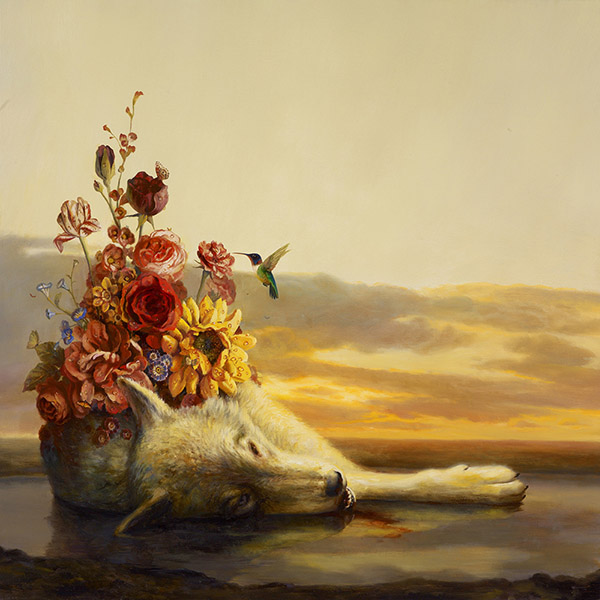 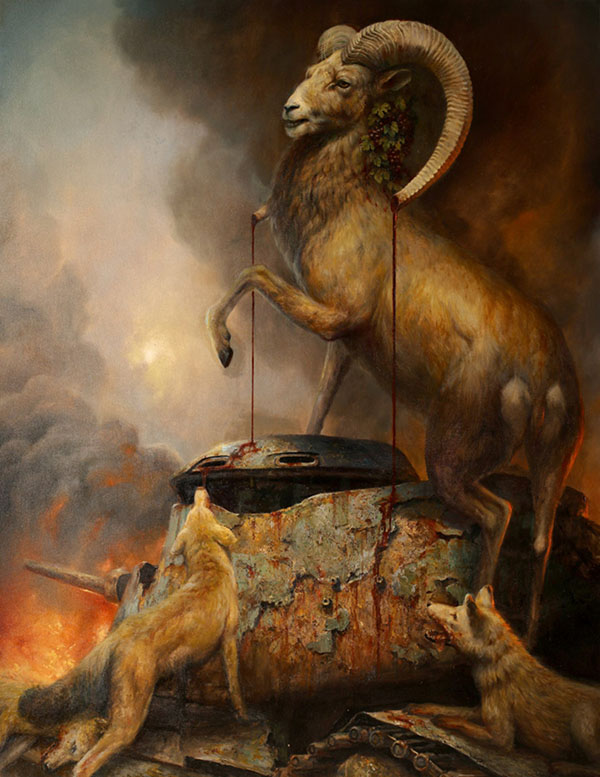 With your upbringing in Canada and Finland, the move to NYC must have been a shock to the system. Did you feel a disconnect from the motivations and style of the tutors and other students at the School of Visual Arts because of this?

The program at SVA had twenty students per year, and everyone I shared that program with had their own ideas of what they wanted to achieve and aspire to. Some went into editorial illustration, others to creating children’s books, and myself and maybe one other person decided to pursue the gallery art route. So in a sense I was out there on my own, but the school made a point to connect everyone with artists and events that might be of specific interest to them, so I felt that there was good support despite me flying solo so to speak. That was a valuable lesson in itself: to be tasked with finding an independent direction and exploring it deeply, in a brand new environment filled to the brim with intimidating but enormously inspiring talent. I wouldn’t change anything about the experience. 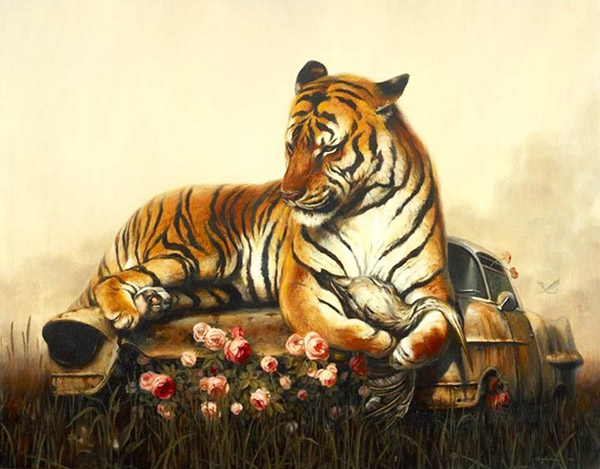 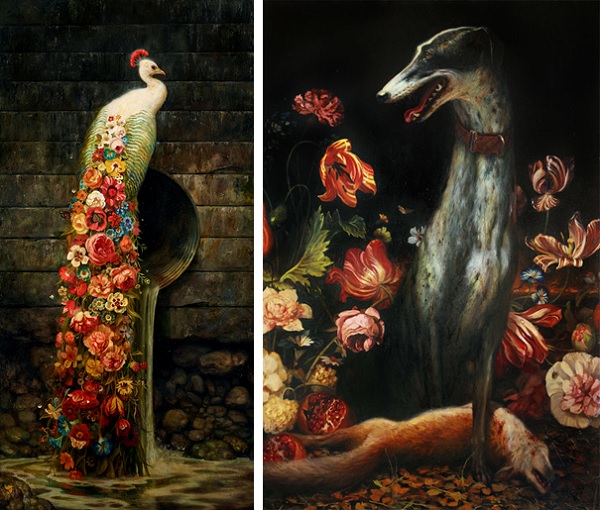 The other striking aspect of your work – overall that is, there are many striking features to individual pieces – is the classical style. Who were your main influences, and do you use classical techniques or have you created your own to replicate that style?

I like to think of my style as a stew of a lot of different influences, the majority of them classical. I like to use this as a symbolic device, insofar as it might suggest a reminder to a bygone kind of spiritual connection to the world around us – a world that our materially-obsessed species has exploited, pushed to the margins, and largely forgotten. It might just be subjective, but the dance with paint (and clay and bronze in sculpture) in certain classical pieces feels somehow deeply connected to a dialoguing with the living world happening outside of the limited human story, while simultaneously playing with the magic of symbolism and allegory to speak to us of the human condition in the time that it was created. The philosophies, the struggles, the highs and the lows, the “vibe”, so to speak. It’s all there, if we follow the lineage of image-making all the way back to the caves. My artwork turns to a relatively short period in European painting history for the majority of its technical inspiration, as there’s something there that conveys a feeling that just fits right. That said, I want my work to feel trapped in two worlds: the nostalgic past, and the troubled now. 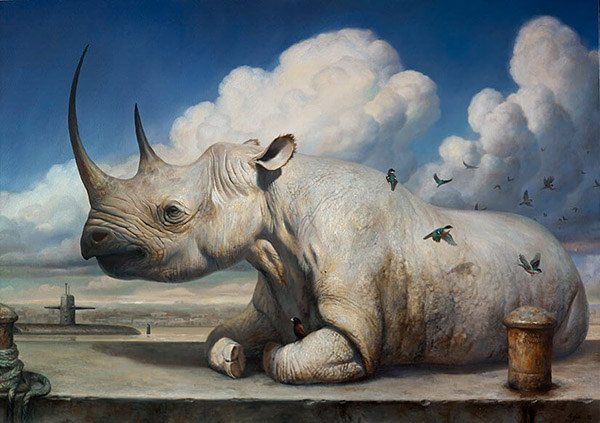 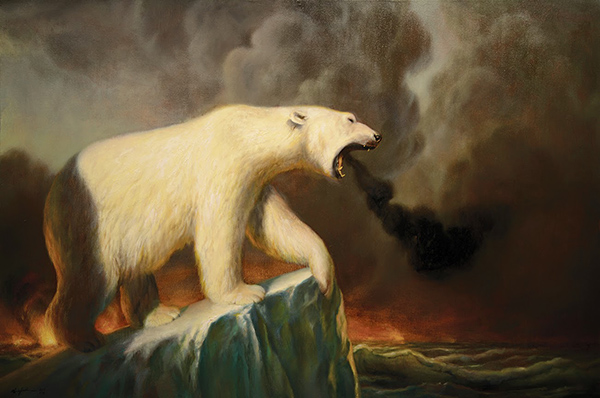 Could you let us know about your process, how do you move from initial conception to completed work, and which part of that process do you find the most demanding?

With an idea in mind for an image, I start with a small thumbnail sketch and make some written notes to myself, to just figure out key concepts and compositional elements. From this stage, I often go on a reference quest to shoot things that will be useful to look at for whatever I’ve chosen to include in the painting. I compile everything into a digital composition, and once that is pretty well worked out I move onto the painting stage. I tend to abandon the digital comp about halfway through the painting so as to move into a kind of playful mode where I just let the painting dictate what it wants to do. This stage generally feels the most rewarding to me. It’s often difficult to figure out exactly when a painting is finished, so that can often be the most frustrating part, to know when to fold em. 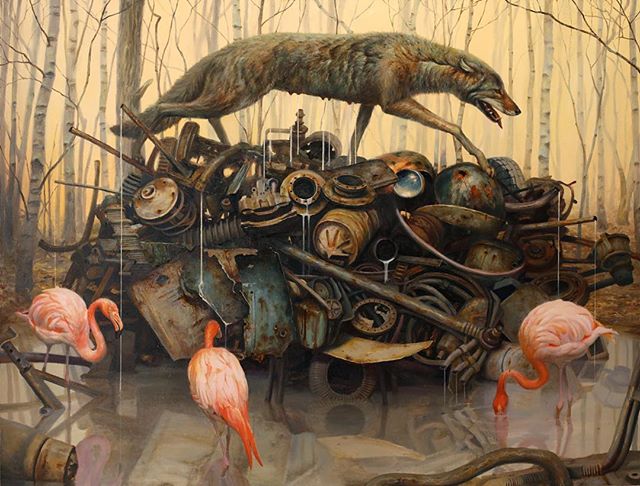 Do you want your work to document the adverse effects of humanity upon the natural world, or do you want to educate / change behaviour among your audience?

I guess maybe both, though I don’t like to paint with a “phantom audience” in mind. Ultimately, I’m really just painting for myself, with risk of sounding selfish. The reason I may object to that adjective being placed on my approach is that I think that the themes I’m working with are of genuine interest to me (they trouble me), and when translated from a sincere place I think that art has the best chance at honestly connecting with a viewer. In other words, just making the work because it feels like it needs to be made, without real regard to the result, tends to yield work that is free or pretense, and feels genuine. I’m not someone with a subjective story that I find interesting enough to paint about, but our collective situation as a species, at odds with the very world we emerge out of, is something that I care to comment about, to explore through allegory. I hope that it resonates with those that see the work I make, but ultimately I’d also like for everyone to have an individual response to it, rather than be told clearly what it is they “ought” to see. 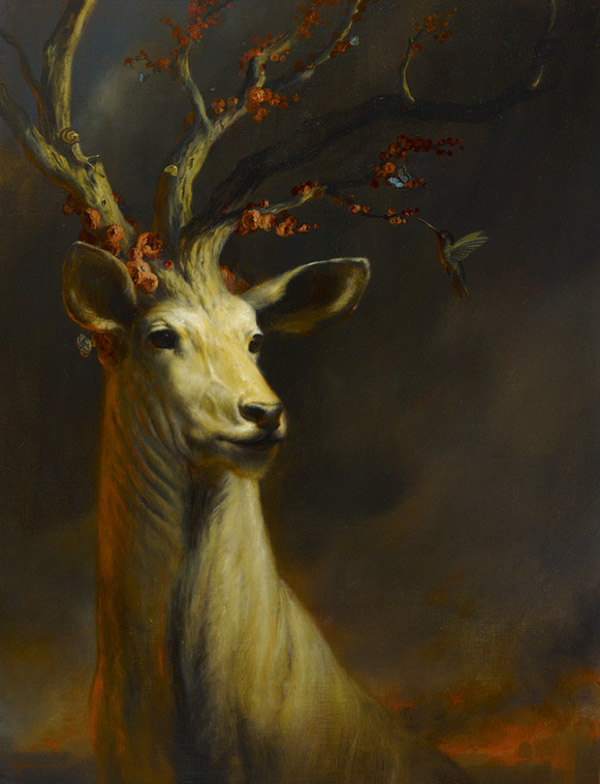 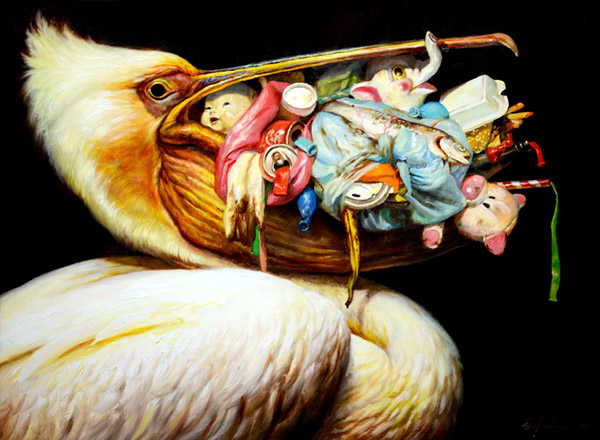 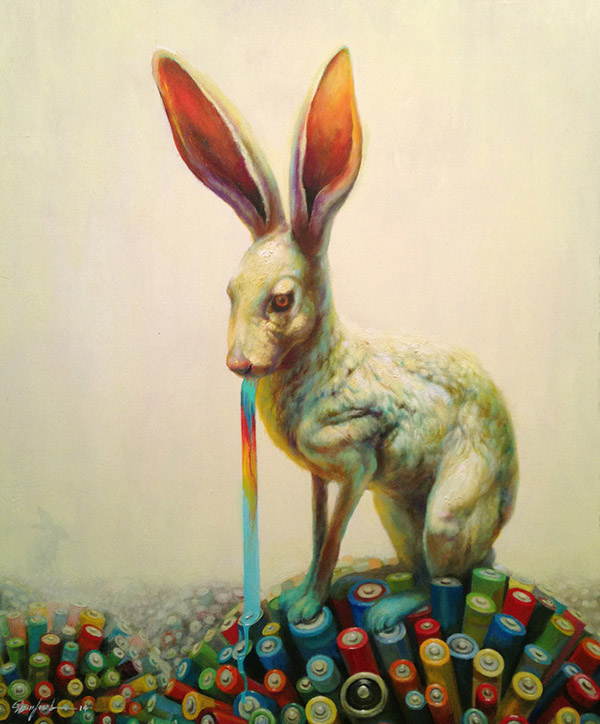 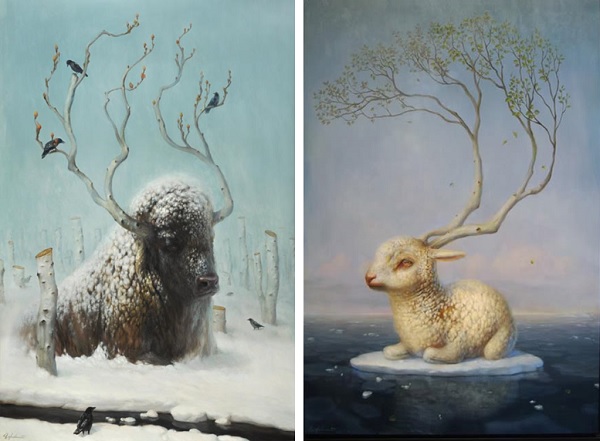 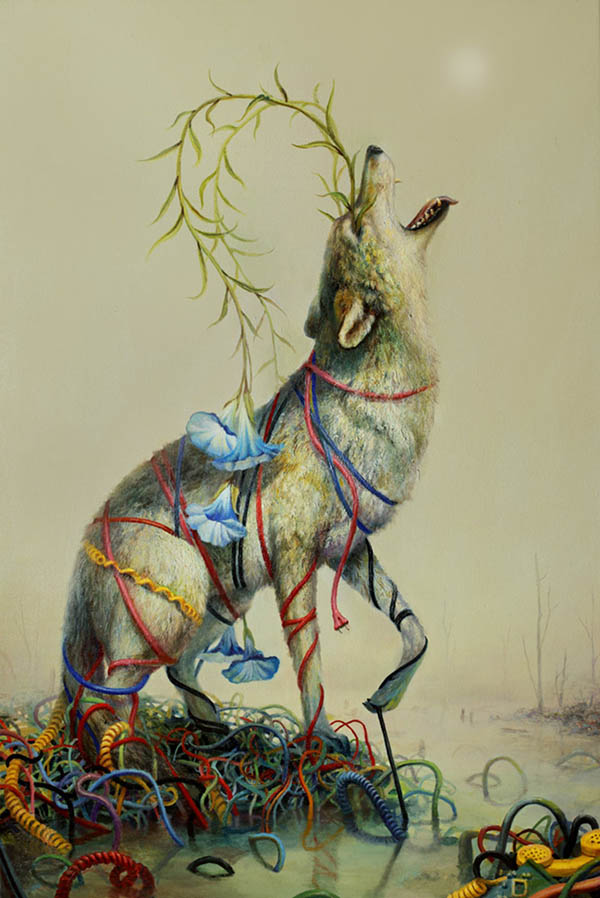 The Mythical Animals of Ellen Jewett: Sculpture Brought to Life 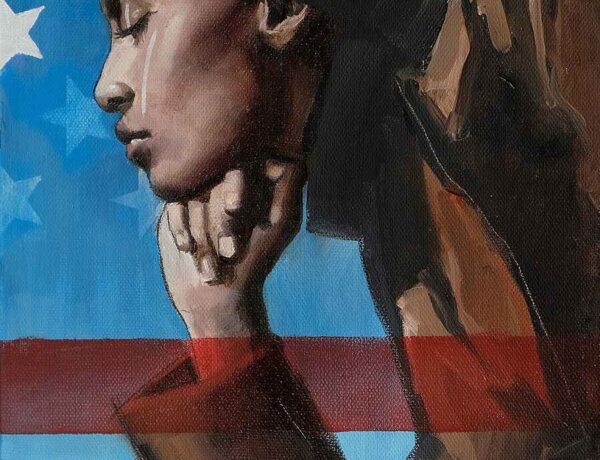 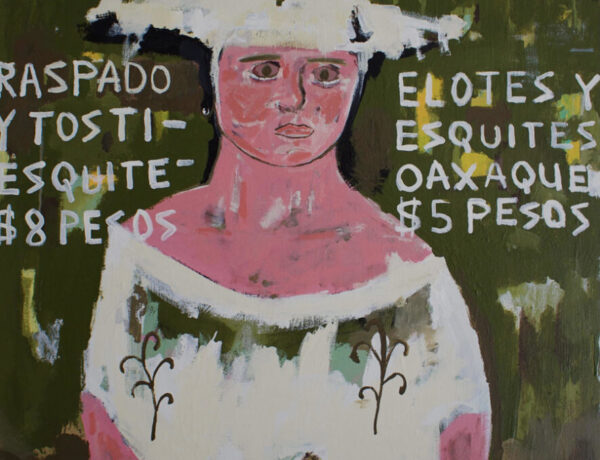 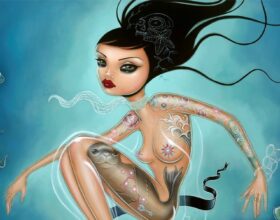 How Did You Find Your Personal Style?