Every month Beautiful Bizarre Magazine chooses one of our favourite artists TAKE OVER social media for the day. For August, we chose Martin Wittfooth to share with us the artists who inspired him throughout his artistic career. Just in case you missed it, below we present the full TAKE OVER. 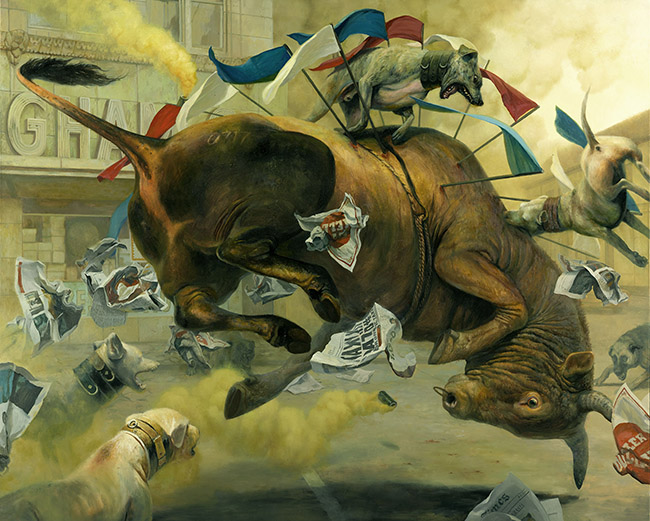 Martin Wittfooth // “Conquest” // This is a new painting destined for my next solo show, “Domestic Katabasis” in October at Corey Helford Gallery. It is a response through painting to the volatile, confused, divisive, and combative social climate of the day. There’s a ferocity and frenzy woven into the new series that I think comes through in a way that I intended here. I enjoyed exploring the madness in the image at a large scale (the piece measures 85” x 105”), and feel like the various parts move well together, also aided by the fact that the composition is planned inside the framework of a golden spiral. 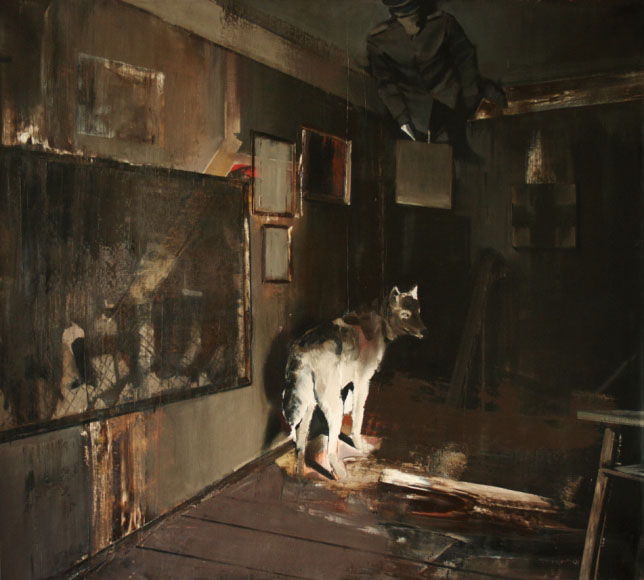 Adrian Ghenie // Ghenie is incredibly inspiring in his elegant combination of abstraction and representational imagery. His compositions are always fascinating and defy any conventional “rules”, while still feelings balanced and harmonious. I’ve always admired his color palette as well: I feel that it often harkens back to Francis Bacon with its lean toward the grotesque and melancholy, yet there’s often a refreshing hue or value carefully thrown in that intercepts the moodiness and morbidity, and makes for an uneasy yet alluring pandemonium. I enjoy this balancing act in his work. 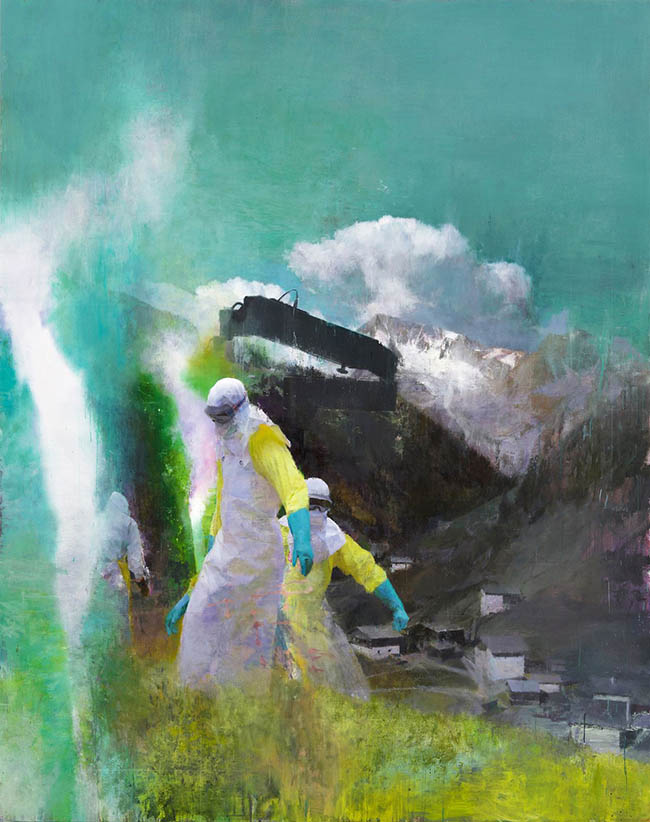 Justin Mortimer// I’ve often thought that I’d like to loosen up my own work – in the paint handling and how I compose my images – and am perhaps most inspired to go in this direction as a result of looking at Mortimer’s work. I’ve followed him for years now, and have always been mesmerized by how every square inch of his paintings is treated. As with Ghenie, I love the careful play between the abstracted forms and compositional choices coupled with meticulously painted representational elements. I also love how dark and unsettling a lot of his work is. 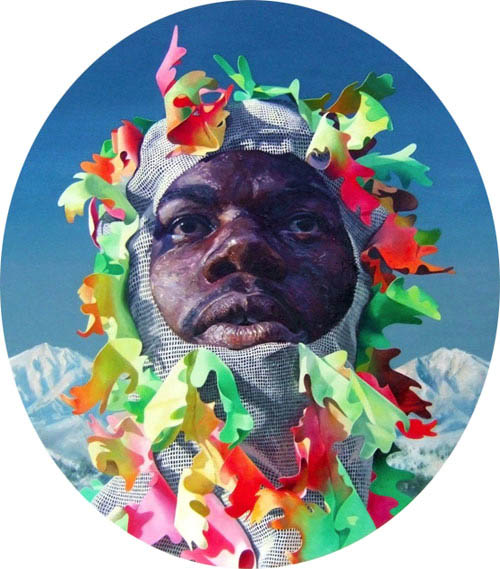 Robin F Williams// Williams’ work has a wonderful, playful palette that I’ve always found refreshing and interesting. Her compositions often place figures boldly occupying the majority of the visual field, which I think makes for arresting and dynamic images. 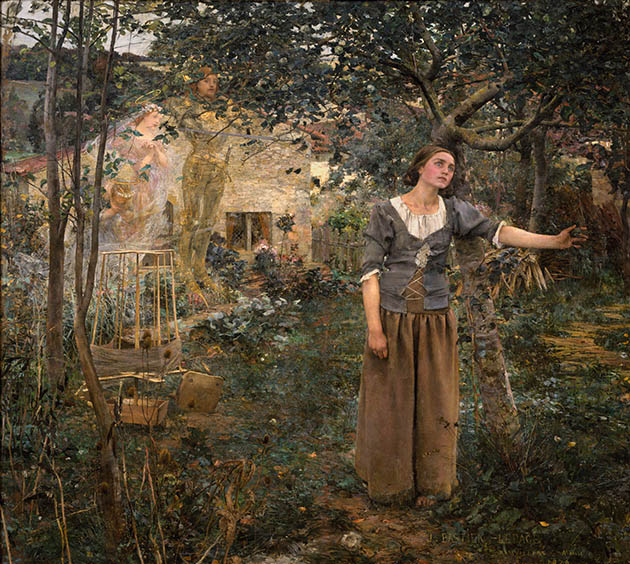 Jules Bastien-Lepage // “Joan of Arc” // This painting by Lepage has remained one of my favorite paintings at the Metropolitan Museum of Art in New York, and I’ve gone to stare at it probably close to fifty times in my life. The treatment of the landscape, background, and foreground in this piece is performed with a sublime emphasis on the true-to-nature feeling of these elements, and especially viewed in person (the painting is very large), this makes the painting feel incredibly immersive. This piece has taught me a fair amount about the importance of letting some elements of a painting remain loose, while tightening up on the parts where you want the viewer to look. I also always loved the right-leaning composition, how Joan’s gaze falls off the edge of the painting and hence emphasizes the notion that the vision she is having is not merely a daydream, but a foresight of things to come, while behind her we perceive the phantom of her divine destiny. As knowers of how her story is to unfold, we – the viewers – are granted a hallucinatory vision of the harbingers of her future, yet she doesn’t yet see them. I have always felt that this was a brilliant decision on the part of Bastien-Lepage. 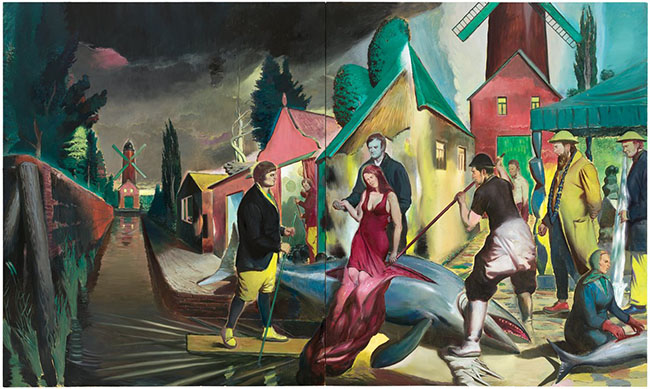 Neo Rauch // Rauch often paints immense, sometimes mural-sized canvases which have inspired me to supersize some of my own works, and to take into account the power of scale in painting – especially in an age when the majority of images are seen on small screens. His color palette is instantly recognizable, and works wonders in leading our eye around his compositions. I was discussing his work recently and someone asked if it might be categorized as Surrealism (though removed from the official movement by a few decades). My sense is that Rauch’s works borrow from the surreal in that they often evoke a sense of the fever-dream. 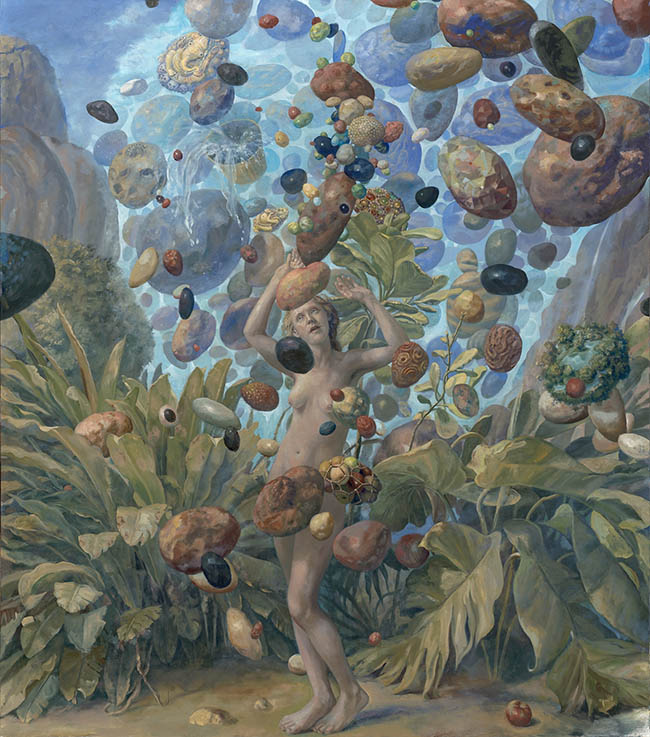 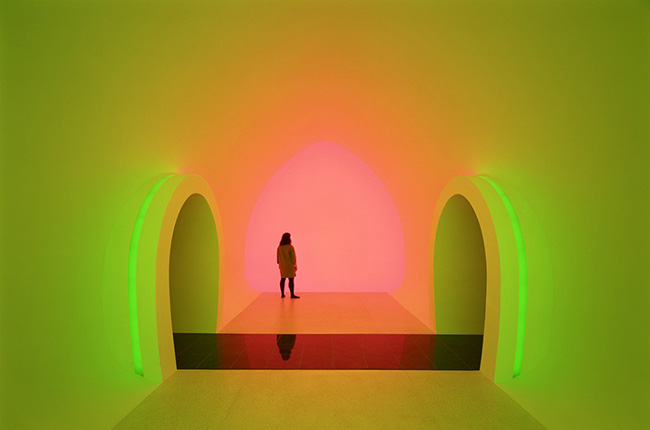 James Turrell // When art transports you, and brings you face to face with the transcendent, it has performed a rare magic trick. Turrell accomplishes this for me time and again with his work. I mentioned in the previous post that I’ve had a long relationship with psychedelic experiences, and return to those spaces on a semi-regular basis to explore the ineffable, and to gain better perspectives on myself by getting away from the self that believes be “knows” (and in “knowing”, ceases to learn and grow): to recognize the sublime and to move towards it and seek what secrets it holds. Turrell’s work performs something similar to these experiences. He manages to conjure the unexplainable inside otherwise explainable spaces and make us question if we haven’t by chance just stepped through some dimensional portal.

This was the last piece chosen by Martin Wittfooth for his TAKE OVER. Thank you again Martin, we really appreciate you taking the time to put this day together. 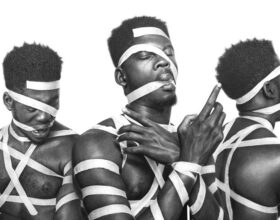 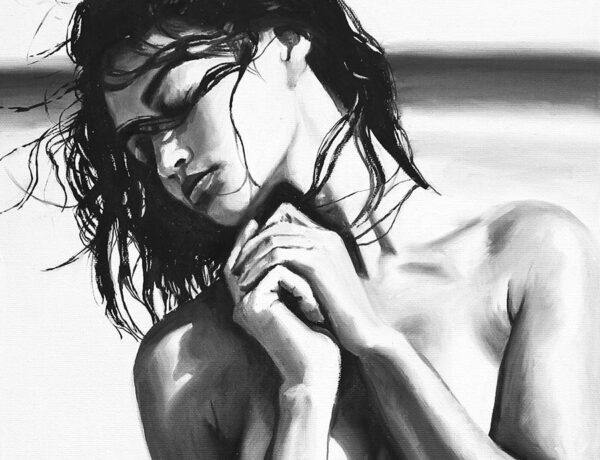 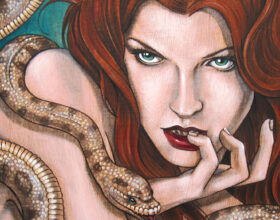 The Female Form Captured By Amandalynn