Bastien Lecouffe Deharme is a visual artist who has taken the world of science-fiction and dark fantasy to a whole new level. His powerful digital paintings are recognised around the world, and as well as working for numerous well-known publishers including Spectrum, Random House, SFX Magazine and Orbit Books, Deharme has created his own universe within his personal graphic novel Memories of Retrocity. beautiful.bizarre got in touch with Bastien to find out more…

So how did you get into illustration?

Really it started early. The first anecdote I have is my relationship with books. As a kid I craved stories, and my childhood library was full of illustrated novels and books. At a very early age, before I could even draw anything else other than random scribbles, I used to draw over pictures I enjoyed – directly in the books. In my child brain, I was not degrading it, I was being part of it.

I really began “illustrating” when I started writing stories for my personal universes. My drawings were a way for me to make my thoughts become real, take some kind of shape. I was drawing all the time. From imagination or studying from life, each aspect of the drawing practice supporting the other. Drawing from imagination was a way to express my mental pictures, and drawing from life was a way to study the world, understand it, and develop my skills in “realistic” drawing. When the moment came for me to chose something to do as a major for my studies, I chose Fine Arts.

In fact, at no point in my life have I imagined myself doing anything other than drawing. I mean for a living. I could have done many other things, but none would have made me feel “complete”. And at no point I would have thought I would succeed in that.

What was your first major break into professional illustration?

When you are trying to “make it” every little positive adventure seems like a major break. The first paid book cover, the first little publication in a little magazine, the first interview for a webzine. Slowly it grows. It did for me. Bigger clients, important publications, exhibitions, etc…And today here I am, working with clients I never actually had hoped to work with one day. My stories are published, everything seems on track. The funny part being that I never contacted anybody. I always focused on doing the best job I could, and making my pictures as visible as possible. Then things came to me, domino effect. And today, I can start to think about what I’m going to put in the art book I will publish to celebrate ten years of work. Time flies. 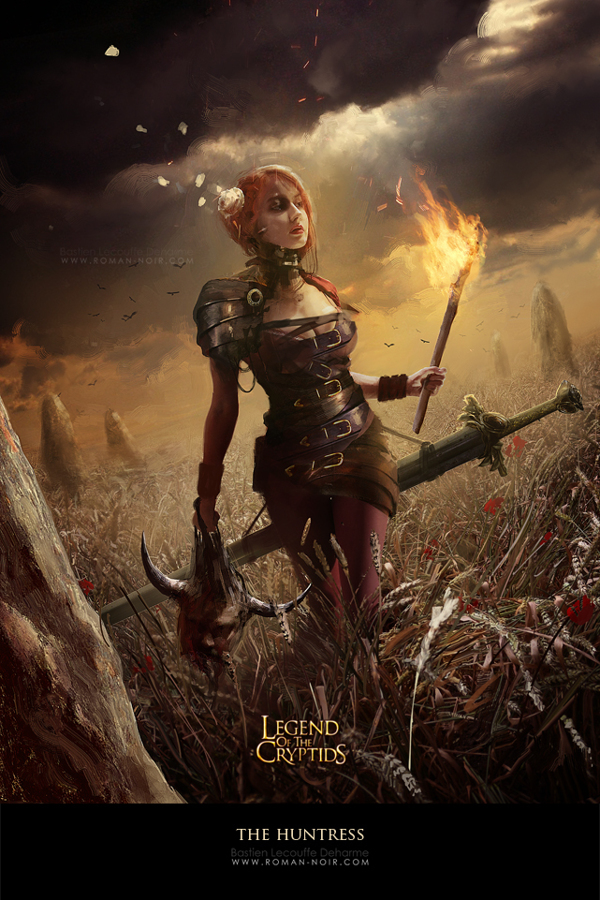 Have you always had a natural desire to create illustrations with the themes of sci-fi and dark fantasy or was this something that developed?

Both are necessary to me. Both are tools for me to tell stories. About our reality, metaphorically. I use science fiction as a tool to imagine “what could be”, what will be. I can be critique and sarcastic, elaborating on what I see for the future. Consequences of our actions here and now. About “fantasy” – I don’t know if the word is right. I don’t do much fantasy involving elves and dragons. I would call it symbolic, mythological and perhaps “timeless”. Some kind of weird pre-Raphaelite digital work I guess. It sounds quite pretentious, but those are a major influence in my work. Androids and Waterhouse, my next graphic-novel should be a crossroad of those worlds.

Anyway, both of those aspects of my work are the tools I use to talk about our reality and the things that matter to me, with my own personal codes as well as universal symbols. 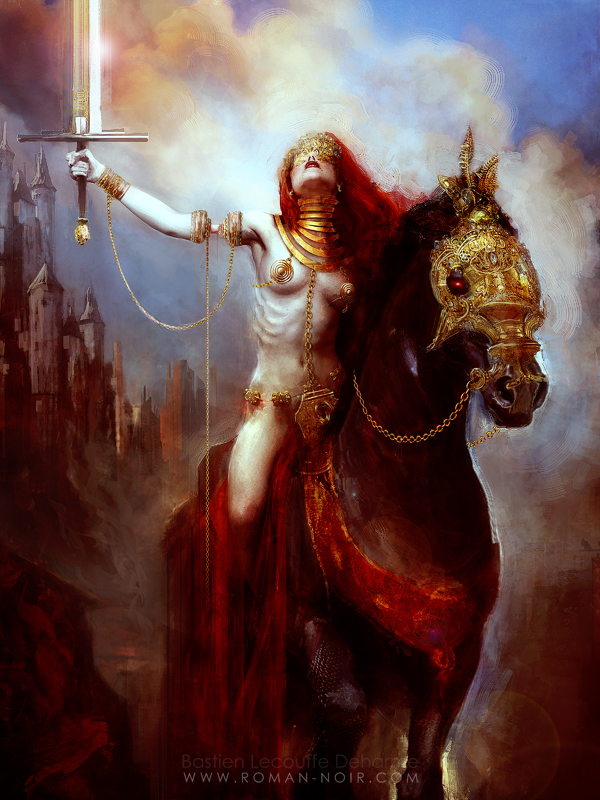 I’ve seen the signature B. floating around some of your work, can you explain a little more about this?

When I started, I used the first letter of my name, with a dot. “B.” Because my universe was the kind of place where personality does not matter. A world of androids and numbers and matricules. Tattooed in the skin as a bar code.

Then I grow up, as an artist and a person. The letter “B.” became an actual handicap, a meaningless anonymous letter. And therefore decided there was no reason to call myself anything other than my actual name. Plus my father’s and mother’s name. At this point I was not a simple letter in my own personal universe (Retrocity) any more, but a professional who could finally claim some visual identity of his own and personal style. This transition was necessary.

Ah, Retrocity – can you tell me more about this?

Memories of Retrocity was born from total passion. Retrocity is the universe I built when I wasn’t so busy with commissions and client works. When I had time to dream my own stories. It was an endless source of inspiration, a universe created with pictures and text. I wrote and illustrated Retrocity for six years until I was able to publish the first book. The first part of the “Memories of Retrocity”. The book is in French and I’m still planning to finish the English translation. Also I’m slowly dreaming the second opus. More mature, more abstract, more symbolic. And dark, so I can paint the light. 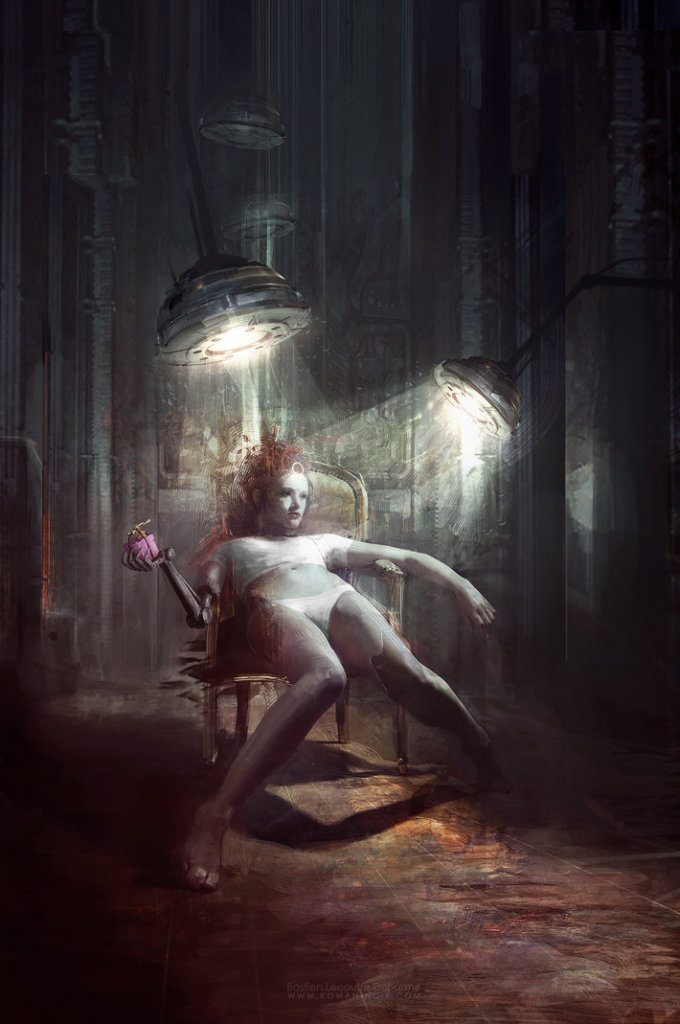 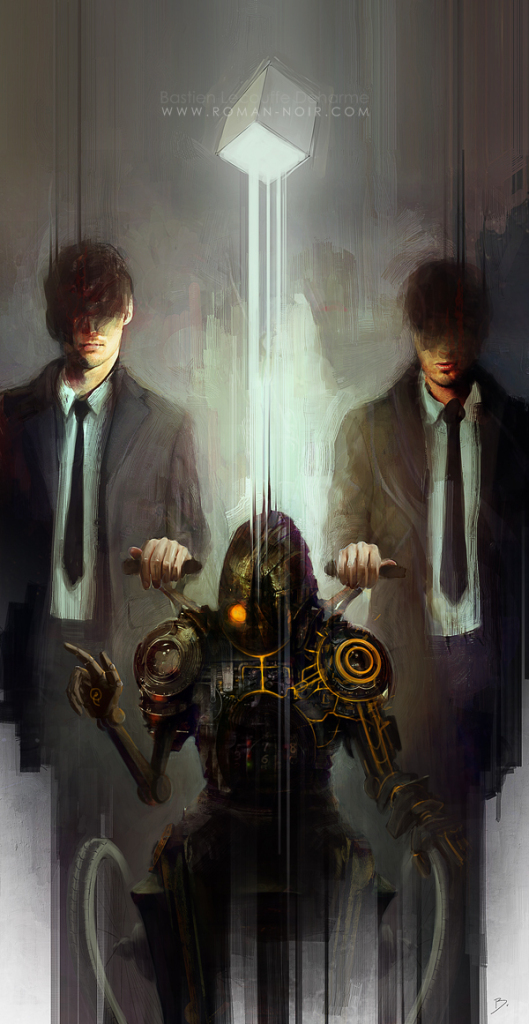 Would you live in the Memories of Retrocity universe?

Retrocity is a huge city surrounded by a wall. No one enters and no one leaves. The doors were closed during the 50’s and the city followed her own path (yes, Retrocity is a “she”). The world forgot the city, and the city forgot the world. Becoming a separated spirit, an autonomous entity. Alive. Swallowing inhabitants and spreading a strange disease, result of destructive and obsolete consumerism. A city where objects think and dream. A place where machines live and humans die.

To answer your question, would I live in Retrocity?…In a way, I already do!

I draw, I take photos, I paint, I mix everything. My process is mainly digital. I use a graphic tablet to paint with Photoshop.

Even today it is still very usual to hear a variety of negative opinions about computer art, digital work, however you want to call it. To me, digital medium is a fantastic tool, allowing me to create whatever I want, using all the techniques I find appropriate to do so! Drawing, painting, photographing, scanning, my process was born from all that. All my skills interact together to create a picture. And the digital tool is the medium allowing this essential mix.

I usually start with sketches and thumbnails on paper, to block the elements into a composition. Then I focus on building a database of references, photographs, textures. I go out with a camera, or make a photo-shoot with a specific model, in order to accumulate all the material I could need to build the picture. The rest of the process is about painting, mixing, pushing the picture further with visual accidents. Controlled ones. Until I like what I see. 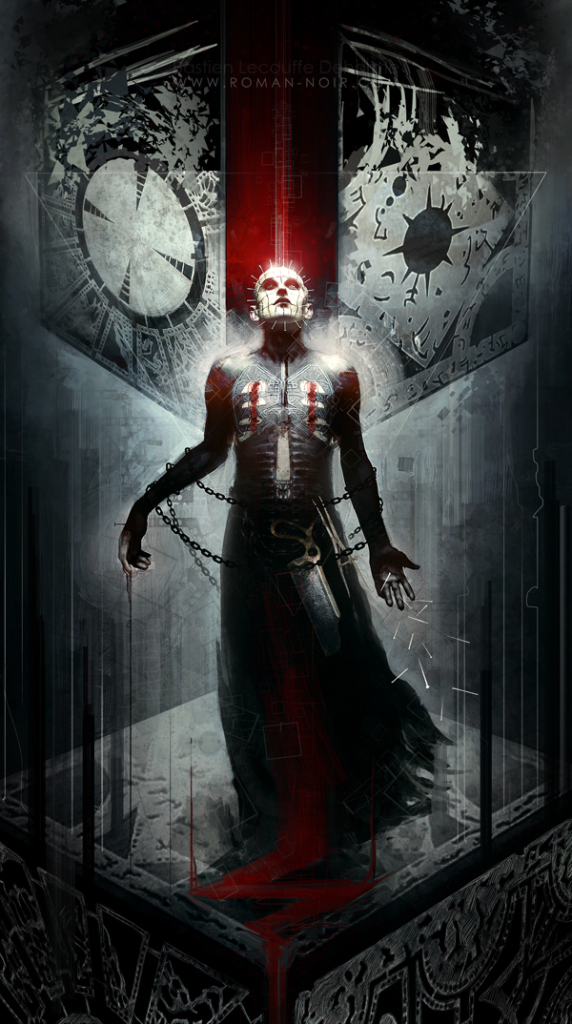 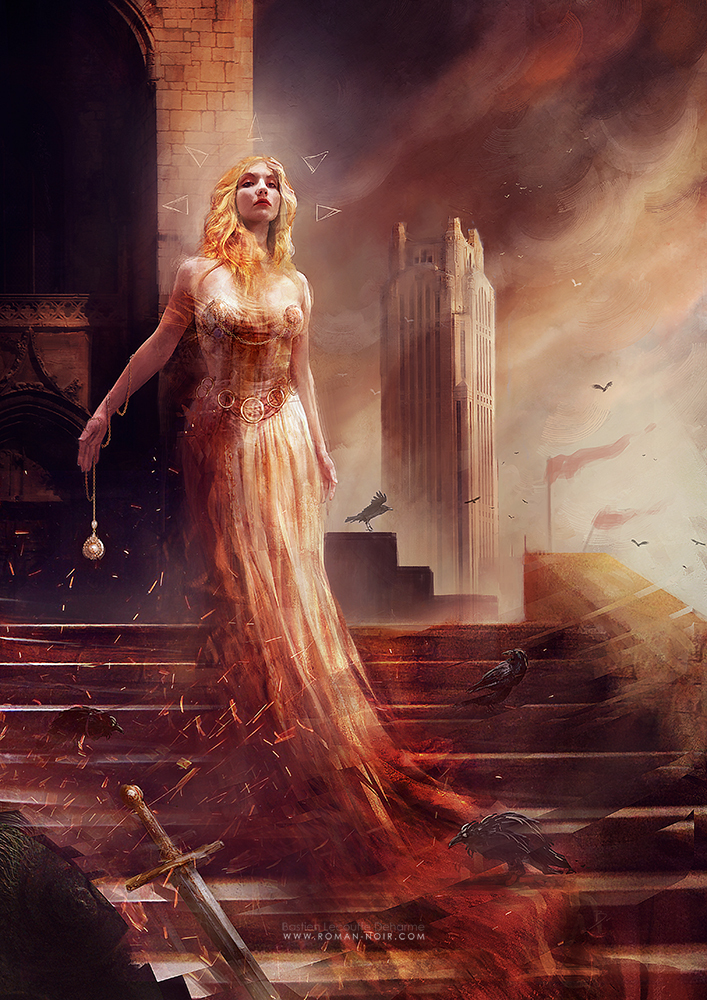 I wonder – if you had to choose: Sci-fi or fantasy?

For my own sake, dark realistic Sci-fi. That’s my roots. For job security, and surreal potential, Fantasy!

OK so a bit of a challenge here, but could you give me an overview of your life?

An overview of my life? Shortly?…Hum…

I was born in Brittany, France. A place where forest, hills and ocean meets. A place where the elders tell stories around the fireplace when night comes. I come from an educated family. I had a nice childhood. I was very protected. I talk about childhood because that’s the place where personality is forged.

I met death early on, in a bad car accident with my parents when I was 6. This fundamental event made me realize how precious life is, how much time counts. To get through that I was encouraged to express my dark thoughts with pen and paper. Today I keep my work away from any cathartic process. But during my childhood, drawing was my tool to deal with reality. Growing up I started to tell stories. Words and drawings. There are things that words can’t express, and vice-versa.

I spent all my teenage years and young adult life fishing for references, influences, books, movies, music. Not really thinking about what I was going to become. Just doing art studies, because that was my thing.

I came to digital art later. I was 24, perhaps 25. Spending my nights listening to the rain and making pictures. I could see Retrocity appearing slowly in front of my eyes. For real. I was living in a little apartment experiencing the ending of a 6 year relationship. In her eyes I was someone unrecognizable. Something that did not make sense. When I left, I left everything. The girl, the apartment, the university. That’s when I had to face the fact that I had nothing, and that’s when I made a deal with myself on what I was going to become.

And lastly from the past to the future. Where would you like to go from here?

I have everything I wanted. Professionally. So I want to stay where I’m at for a while! And when I am ready, I will take the train to Retrocity again. Rent a little apartment on the top of an abandoned building. The typewriter in front of the window, facing the endless night, the neon lights flickering under the rain. And I will write stories about android’s flesh and mechanical tears. 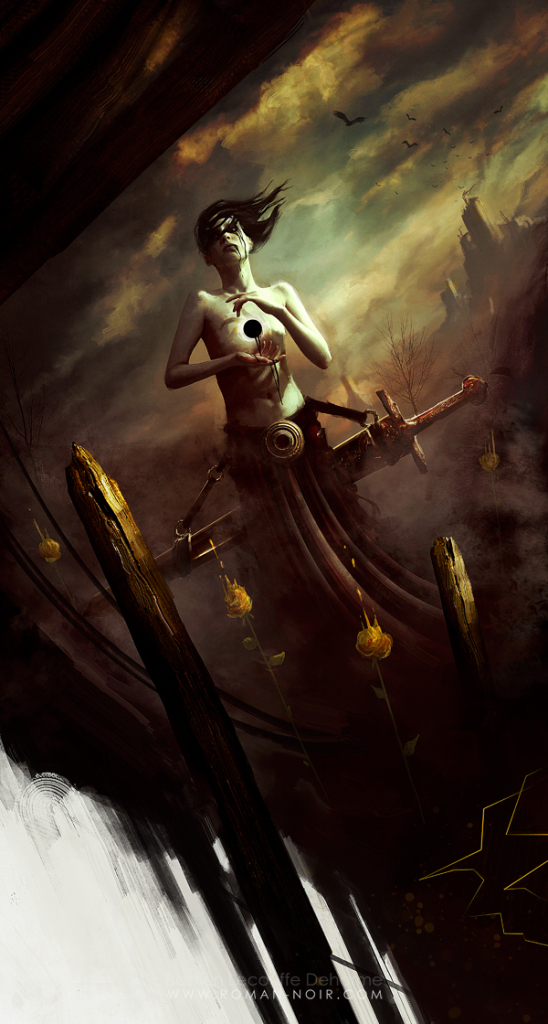 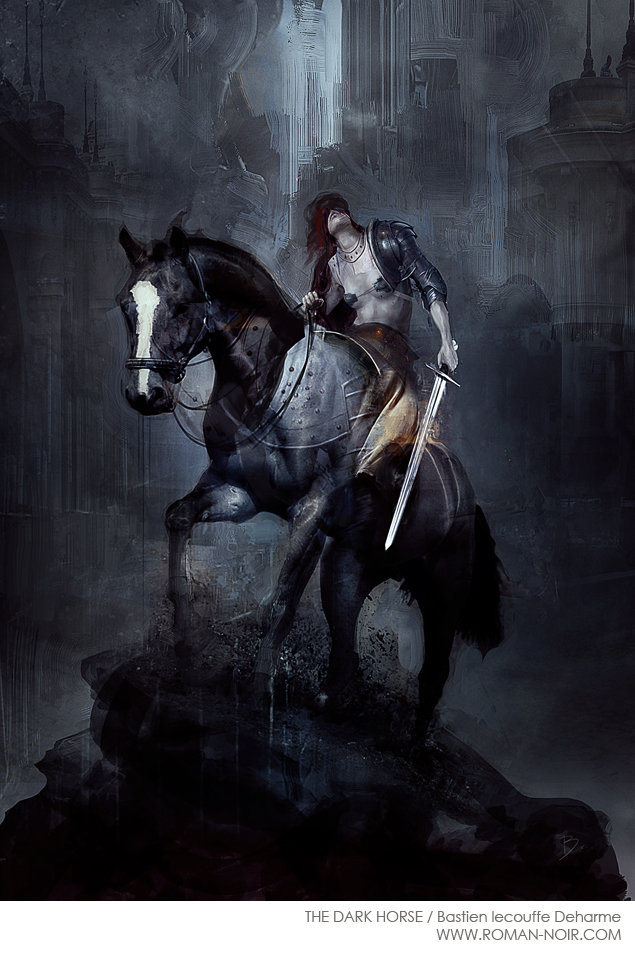 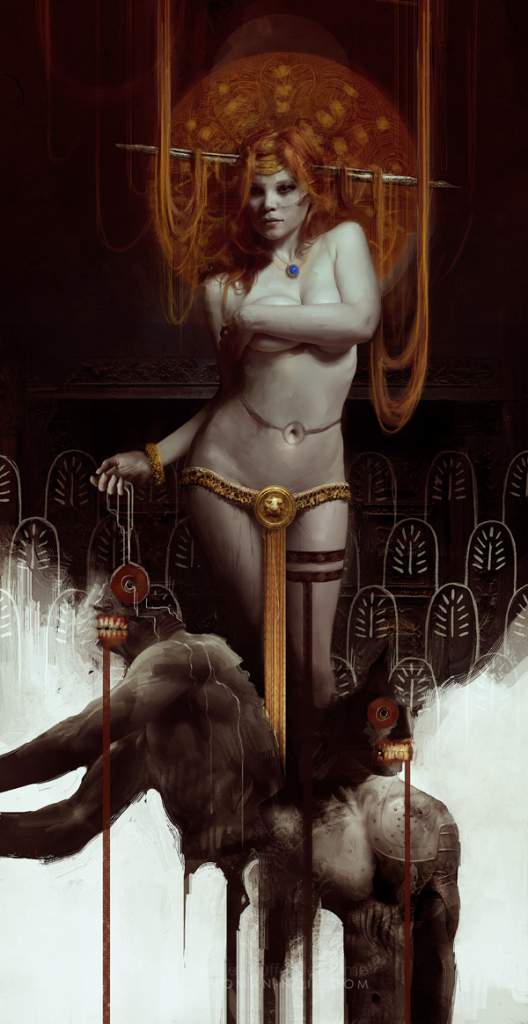 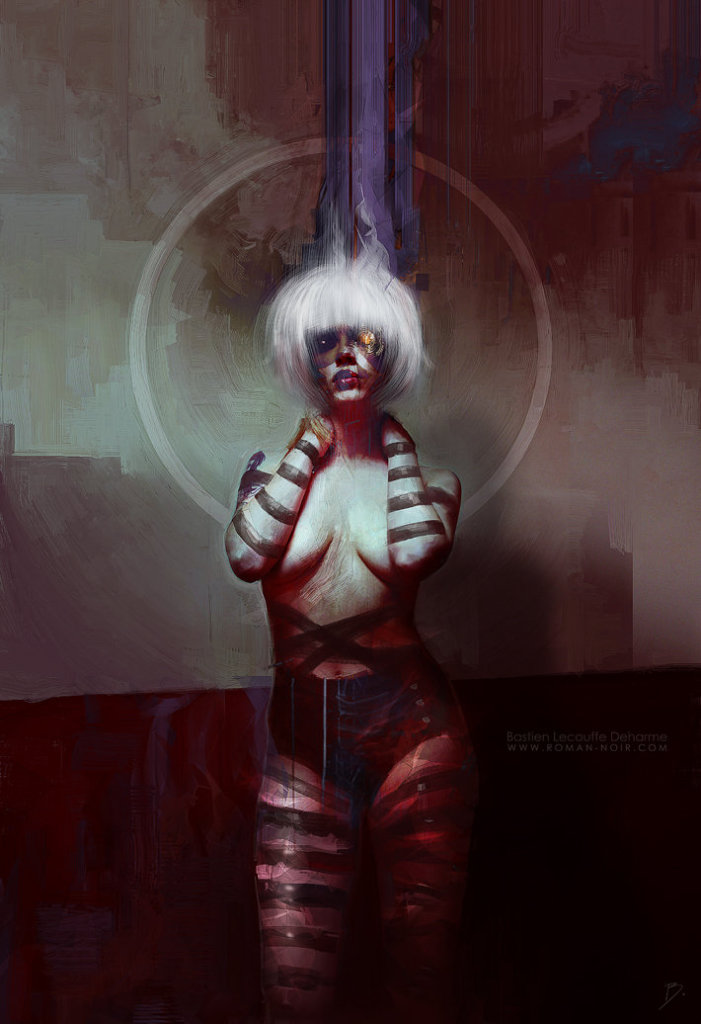 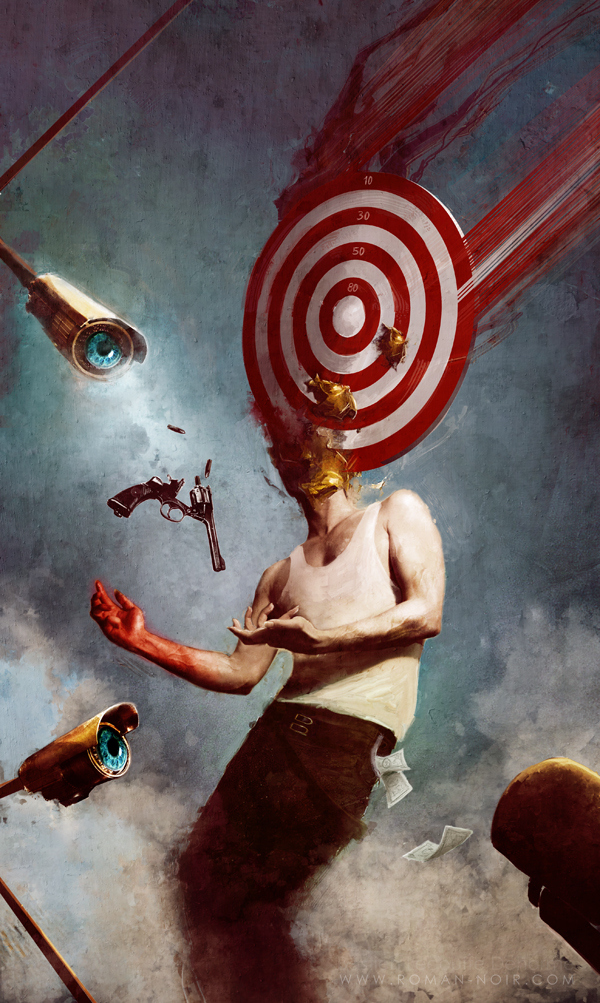 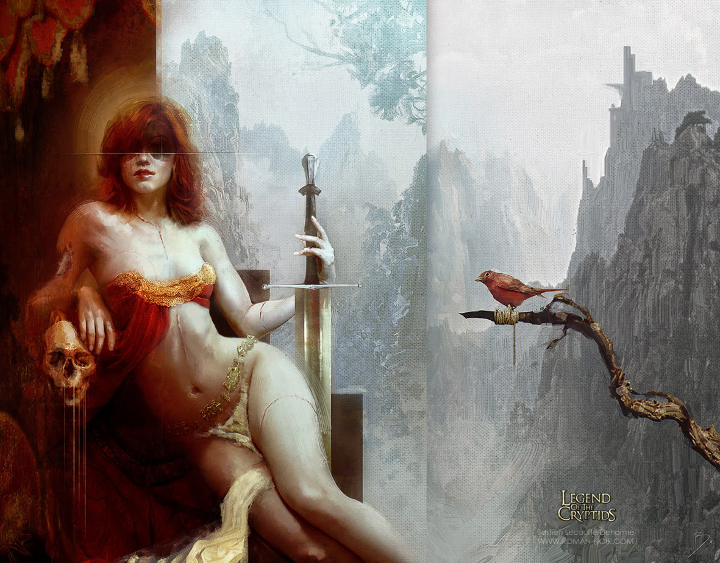 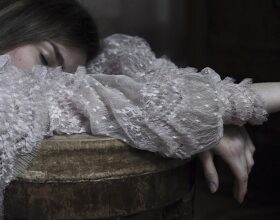 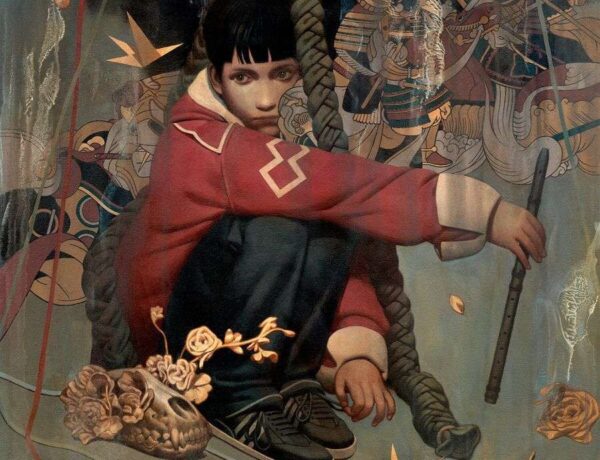 João Ruas: In the Shadow of Myth and Mystery 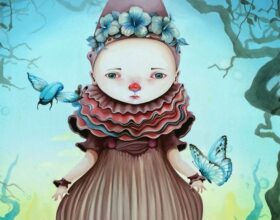