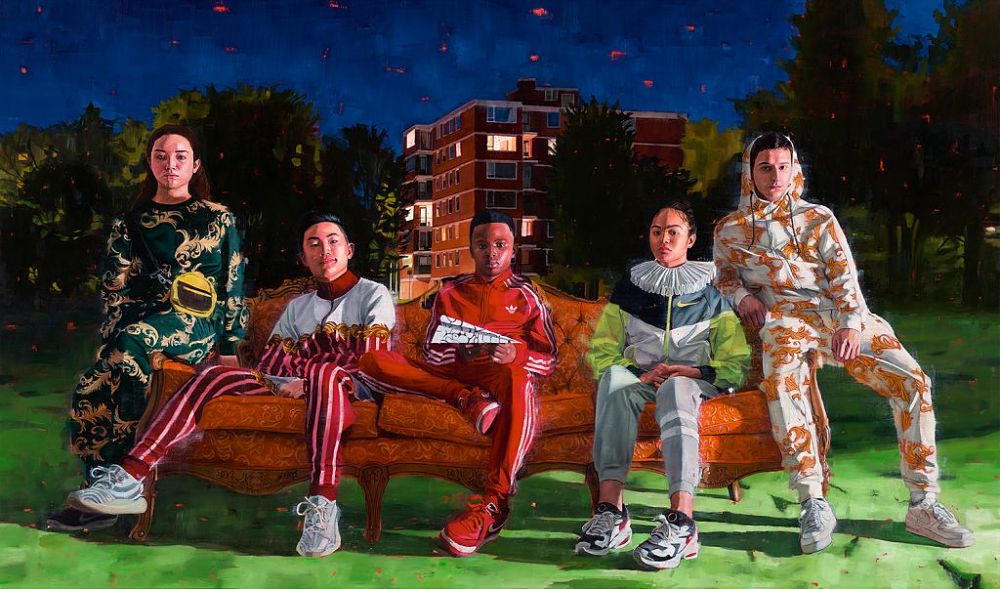 Join Thinkspace Projects this weekend, Saturday, October 17th, for the exciting debut US solo exhibitions of Kaili Smith, “A Utopia Where The Problems Are Not Fixed”, Nuno Viegas, “Yard Romance” and STOM500, “Infrared”. Nurture your imagination and delve deep into the beguiling narratives, styles, and creative minds of these distinct artists.

Thinkspace Projects has a full schedule of online events for all exhibitions, including interviews, studio visit tours, virtual tours, live streaming, interviews and much more… so be sure to follow their blog Sour Harvest to stay updated! If you’re looking to add to your budding collection of art, take a moment and visit their store to view available inventory.

Kaili Smith, “A Utopia Where The Problems Are Not Fixed”

A utopia where the problems are not fixed. That sentiment encompasses both my painting & film practice. I grew up in the Netherlands & Australia, both times in diverse inner-city areas. In my works I recreate a world that is based on the youth culture in these environments. From mundane scenarios of friendships & connectivity, other works look at the perspectives of young people growing up in environments where they face criminality around them, showing both children simply getting by in these environments or ones who have become involved. The idea of utopia is based around the loyalty, trust and love built within this imperfect environment, as well as one’s own self-worth and comfortability in who they are. The paintings often include baroque style costuming, mixed with street wear. These costumes do not signal current privileges but rather show visions of a “come up” and reflect class aspiration these children have. The film works are generally centered around dark humor and like the paintings play with a “realistic-surrealism”. Through a focus on dialog the films show both positive aspects of these environments while critiquing certain norms within them. A diverse range of subjects are purposely represented to open a dialog and show the ever-growing complex family dynamic children live in, which often crosses blood or racial lines. Showing how when one comes from an absent family structure they are likely to build one themselves. My practice is also influenced by a growing understanding of psychology with focus research into the process of Normalization of behavior and the human need for a tribe/belonging. Breaking expectations while at the same not hiding uncomfortable truths is the balance all my works aim for.

Artist Bio:
Kaili Smith was Born in the Netherlands (1995), and raised in Melbourne Australia. His work deals with inner-city youth culture, displaying mundane scenarios of friendships & connectivity. The works also examine the social construct around “youth criminality” and young people growing up in environments where they often face elements of criminality around them, offering alternative perspectives through paintings and film. The work is influenced by his upbringing and experiences as a child, but also an ongoing growing understanding through teaching art and research into psychology.

After graduating with a masters degree in fine arts at Parsons in New York. His next solo exhibition “A Utopia Where The Problems Are Not Fixed.” Is set to open October 17th at Thinkspace Gallery in Los Angeles. The reference to a “Utopia” in the shows title is based on the loyalty, trust and love that is built within these imperfect environments.

Nuno Viegas, also known as Metis, is a Portuguese artist born in Faro (1985) and raised in Quarteira, Portugal. Founder of the art collective Policromia Crew, started his artistic journey with graffiti in 1999.

After completing his studies in Visual Arts at the University of Algarve he moved to Rotterdam, The Netherlands (2014) where he discovered a new artistic identity and began to develop his paintings strongly influenced by the graffiti scene. This has been the focal point of the artist’s production and its greatest source of inspiration.

Nuno presents us a contrast between the visually aggressive and sometimes dirty reality of traditional graffiti and its peaceful and clean representation in his works. The approach to this theme is a continuous tribute to all those who dedicate part of their lives to this scene. Graffiti Writers who keep it real and alive in a time where the definition of graffiti tends to get blurred and mixed with street art.

In 2016 Nuno worked with Street Art Today in Amsterdam which launched the artist into the international art scene, rapidly getting the attention of Urban Nation Berlin and many others and continues to grow through walls and art venues all over the globe, always aiming to improve and move towards his dream – to tag the moon.

Last year Nuno returned to his hometown Quarteira, in Portugal, where he is based at the moment.

Cultivating a delirious and humorous universe nourished by the euphoric energy of cartoons, STOM500 is a self-taught virtuoso from a small village in the Swiss municipality of Basel. Trained as a graphic designer, professional illustrator and a renowned graffiti artist for over the past five years, STOM500 has been, as he defines himself with humor, a veritable “Swiss army knife”. Spray, brushes, acrylic … Large murals or small canvases: he uses a variety of mediums and styles with a predilection for animal themes which, under the varnish of pleasure, carry a relevant message, often humanistic or ecological. Like his swirling bees or his seemingly incompatible bestiaries, such as the raven and the fox inspired by La Fontaine’s fables. 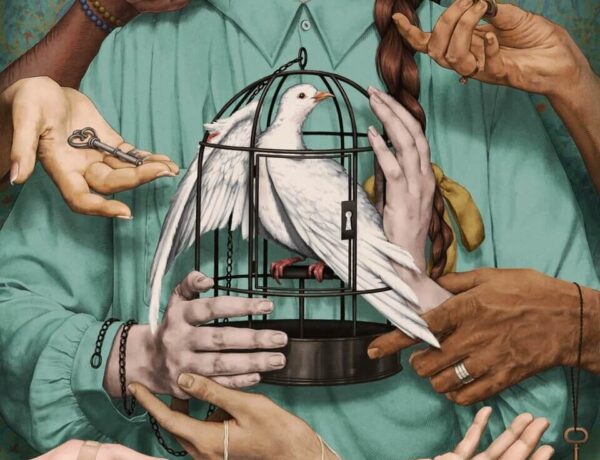 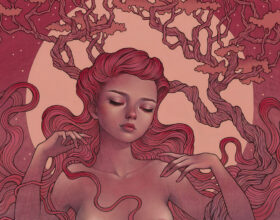 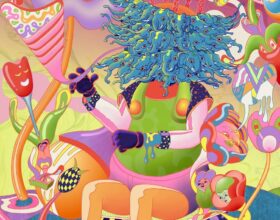