Curated by Peter Drake, this collection cultivates intrigue and curiosity in equal measure. Our everyday lives are explored and as the dramatics of each character unfurls, something significant is discovered through tone, symbolism, and the nature of humankind. Wander into the imaginative visions and immersive narratives of Jiannan Wu… where creativity ignites and the evolution of his vast artistic impulses seem immeasurable.

The exhibition remains on view through December 18th. For purchase inquiries visit Artsy.

Press Statement // Illusionistic painting, drawing, and sculpture are technically and conceptually demanding. It is rare to master any of these skills, but it’s almost superhuman to master all of them at once. This is an apt description of bas relief, and Jiannan Wu is an incomparable contemporary master of this challenging medium. His stunning miniature bas relief vignettes employ atmospheric, one-point, and two-point perspectives to reveal the intimate, and to a degree, the banal mini-narratives of rural life in northeast China.

Based on the Chinese television show “Country Love,” each vignette represents a slice of an extended narrative that is linked through the repeating appearances of several main characters. This isn’t to say that they are illustrations of the show, but rather that the show has become a touchstone for the artist and a way to reconnect him to his own rural past. Wu studied at the New York Academy of Art for two years and during that time and in the years since he experienced a longing for home that was almost comically satisfied by watching a kind of Chinese “Green Acres.” And even though the pieces are not presented in aspect ratio, the shadow-box presentation feels like watching television.

Whether sharing a family dinner or riding a bicycle on a country lane, the framed format creates the illusion of being there. This is in part due to the materials Wu uses to create a deeper sense of space. They are all poly-chromed with acrylic paint with the most intense colors used in the immediate foreground. Resin is frequently used to represent luminous water, and the use of the polymer-clay Sculpy, makes the flesh of his characters glow.

In “Country Love: That’s All Your Fault” an older man is berating a younger man in front of his family. The two women and the only-child watching are avoiding eye contact as if feeling his shame for him. There is a beautifully rendered thermos on the floor that perfectly speaks to the working-class environment that the family home represents.

Small-town petty squabbles are the subject of “Country Love: My Daughter Will Not Marry Your Son.” Two men, one oddly standing in water, are arguing with each other as if their stations in life were dramatically different, when in fact they come from the same class. You know, just from looking at them, that their feud goes back decades and could have been the result of a dinged fender or a wayward cow.

One woman appears to be photographing another in the foreground of “Country Love: Village Beauty,” but the real action is the fistfight happening between a group of men in the distant background. The “beauty” of the narrative is just barely a beauty, but the older woman shooting her has the gleeful face of a proud mother. Are the men fighting over the beauty? Are the women used to men fighting over minor grievances? These are the life-blood narratives of all small towns.

In “Trilogy III” we find two wanna-be hipsters dutifully shooting a selfie. They are dressed in out-of-date clothing that would make them a laughing-stock in a big city but makes them look something like a “gangsta” in small-town China. They are beautifully set off against a transparent acid-yellow waterway with their selfie-stick held high like a preposterous trophy. There is something poignant, comical, and ultimately human about the sharp contrast of their wardrobes and their environment.

The final piece to be completed is an all-out melee. Created in a tondo form, Country Love: “Gang War,” we find seven figures engaged in a donnybrook that is barely contained by the circular format. Legs are kicking, arms are flailing and whole bodies are spinning like a pinwheel. This piece appears to be the crescendo of a small-town opera that will leave everyone, (no doubt), exhausted, depleted, and maybe even laughing at each other. They will have to deal with their neighbors tomorrow and maybe that’s the lesson to be learned. When push comes to shove, they are stuck with each other.

Wu looks at these narratives like he’s looking into a mirror. His sculptures never demean his subjects, he just peels back the layers and sees through the walls of their lives. These are people like the people he grew up with, they are warm, funny, petty, and well-known. Nothing too dramatic happens in their lives and yet, their lives are full of drama.

Country Love is a series of color reliefs with the theme of daily life in rural areas in northeast China. In this series of sculptures, Jiannan Wu present the “people” and “objects” in contemporary rural China from different angles to show the country culture in northeast China, especially the changes and new social relations out of the collision between foreign pop culture and the local traditional customs, and the anxiety about the localism and identity since the 1990s.

Due to the special geographical features and history, northeast China has its unique landscape and cultural phenomena. Its plain, passionate, and humorous life style, customs and language is beyond the region and popular in the whole nation. Jiannan Wu was born and grew up in northeast China, so he was immersed in this unique culture since his childhood. He was especially influenced by some performing arts such as sketch comedy and TV shows with northeast characteristics. In this series of works, referring to some classic characters from those comedy and TV shows, Jiannan Wu depicts vivid scenes of daily life, which contains the collective memory shared by the people of northeast China. In these narrative sculptures, Jiannan Wu solidifies an ongoing segment of the story scene into tableaux and inserts certain spice and thinking into it, conveying the life interest and vitality contained in the northeast rural culture with humorous and realism style. This series shows the enthusiasm, “black soil sentiment” and “local sentiment” of the northeastern people, highlights the aesthetic value and cultural value behind this lifestyle, and expresses the sculptor’s belief and love in the beauty of living and human nature.

Made of resin and wood and colored with acrylic, this series of work are presented in small sized high relief with frame. Relief is a suitable format to present the space, to provide better concentrated experience, and to engage the viewer in an unfolding narrative. Some of the works have LED lighting projected internally to enhance the dramatic tension and sculptural nature. The black shadow box, mounted like a picture, is not only a method and tool for the presentation of the work, but also a part of the scene. It guides and limits the vision of the viewer, as if he sees the world through the eyes of others, and is also a symbol of “memory”. The exploration of perspective in relief is also of interest of Jiannan Wu, that is, how to use perspective and color to express the sense of infinite depth of space in the compressed reliefs. In this way, Jiannan Wu is playing a little game using compressed spatial volume to make some illusion, which is different from the traditional three-dimensional sculptures. By putting “people” under his spotlight,  Jiannan Wu focuses on the shaping of each character’s personality and details. Each scene in the work is a stage, and each character has his own audiences and the world.

About the Artist // Jiannan Wu, born in 1990 in Dalian, China, is an artist specializing in sculpture. He is the Elected Member of American National Sculpture Society, member of American Medallic Sculpture Association, and World Economic Forum Global Shaper of Dalian Hub. Jiannan Wu received his BFA Degree in Sculpture from China Academy of Art and his MFA Degree in Sculpture from New York Academy of Art. Through formats of relief and diorama, Jiannan Wu presents the theme of contemporary urban life in a realism and narrative way. Jiannan Wu is the recipient of the Elizabeth Greenshields Foundation grant, winner of 2017Dexter Jones Award presented by American National Sculpture Society, winner of Compleat Sculptor Award, and other awards. He is selected as 2020 AACYF Top 30 Under30 presented by All America Chinese Youth Federation. His work is recognized as The Best Original Sculpture in 2019 by Sculpture Magazine of China. In addition, he was selected for Terra Foundation Residency in Giverny France 2015, ABC Stone Carrara Merit Award Residency in Italy 2016, and West Nottingham Academy Eric Fischl ‘66Artist-in-Residence 2019 . His works have also been displayed on numerous exhibitions at renowned venues such as Accesso Gallery in Italy, Gallery Poulsen and Art Herning in Denmark, the Sotheby’s, Art Miami, and Southampton Arts Center in America, Chongqing Contemporary Art Museum in China, etc. Jiannan Wu was interviewed by China Central Television international channel (CCTV) and American Sino Vision. His works and art achievements have been published on The New York Times, The China Press, People’s Daily China, The Paper, Hi-Fructose Magazine, T(here) Magazine, Artrepreneur, etc. Jiannan Wu currently works and lives in the New York City. 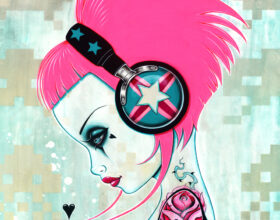 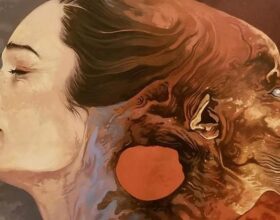 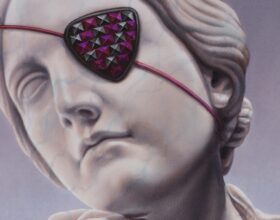