Recording the life and moments of people society had forgotten… or chosen to ignore, Diane Arbus is heralded as one of the most important documentary photographers of the 20th century.

Diane Arbus photographed intimate moments of the shunned, the odd, the isolated, and the eccentric creating a catalogue of iconic images sometimes viewed as dark, confrontational and exploitative.

Were Arbus’ subjects the heroes of her images? Did her lens give her subjects a voice or place them behind a viewing glass, creating a series of cultural curiosities? Some have viewed her work as an important record; giving voice and visibility to those existing on the social periphery.

The people and the social moments Diane Arbus captured were a far cry from her upscale New York upbringing. Owning a large and successful department store on Fifth Avenue, her father, leveraged her inherent creativity, putting her to work in the advertising department of his store. Here, Arbus was exposed to a form of visual communication that expressed only the ‘ideal’ and the polished.
Arbus took this experience with her into a commercial photography studio she ran with her husband during the 1960s. Together, they created refined, beautiful images that were featured in high end fashion publications such as Vogue and Harpers Bizarre. 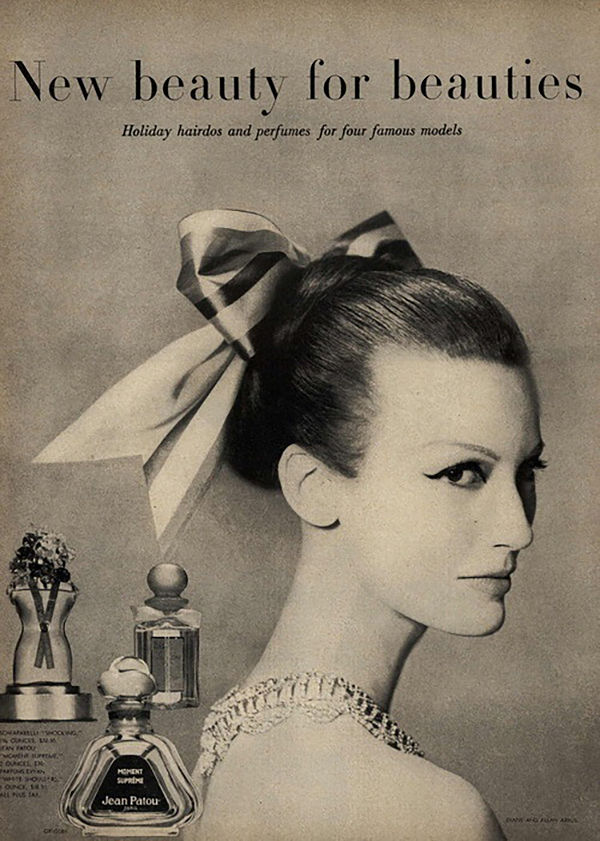 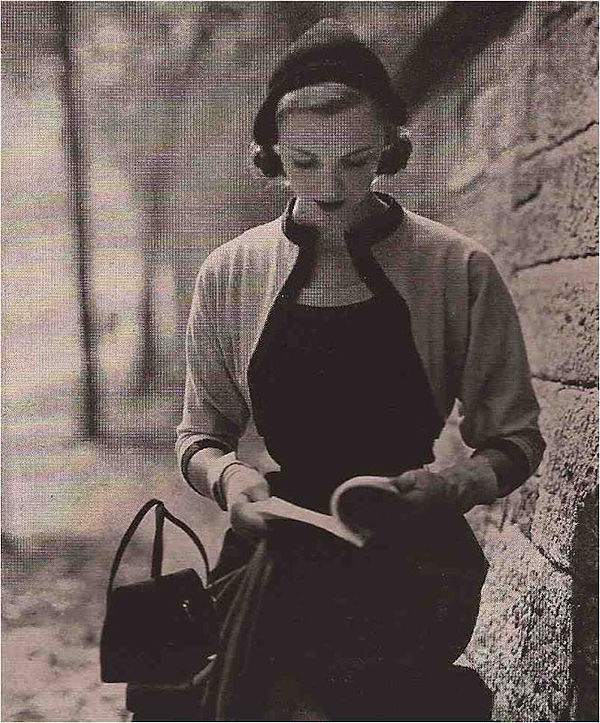 From the outside looking in, her life must have seemed perfect and polished, just like the photographs she had learnt to construct. Her path, however, was impacted by mental health issues and assumedly all of the stigma that came with such a life experience during this era.

Arbus eventually moved toward an independent photographic practice; her marriage and commercial studio dissolved giving space for her to hone her own photographic style, creating the iconic documentary images she became known for. The subjects and brutal aesthetic of these later images would stand as a stark contrast to her upbringing and the polished advertorial images she had learnt to create. Her documentary images seem to question all that had come before; they explore the ‘impersonation’ of beauty and femininity while showing the ‘ugly’ side of reality and its brutal truth. The photographs she created from this time until her death illustrate the construct of the ideal, how we are each conditioned to seek all within that construct and the beautiful, bizarre details evident in the reality she chose to document.

Diane Arbus’ ‘proper’, affluent upbringing included an ‘enormous sense of what was prohibited’ and what was required of her. Photographing, for Arbus, was a journey through worlds where restrictions didn’t exist. The people she captured already resided outside of conventions; outside of the social parameters she had became accustomed, her captures reveal a sense of freedom in being ‘ugly’, in being ‘other’. Her portraits show a connection and curiosity with her subject’s otherness and their almost defiant comfort in that otherness- they were at liberty to be themselves, where she, behind her lens, was still required to hide, to suppress any improperness.

Arbus’ iconic square format images generally place her subjects at the centre of the frame, with the most direct gaze or bizarre pose selected. Her framing, selections and composition intensify the link between sitter, photographer and viewer while simultaneously reminding us of the ways in which those links do not exist.

In capturing each of their moments, it could be argued she was documenting her reflection, the things she felt she must suppress, her truth and her own proof of life.

In 1971 Diane Arbus committed suicide. Her cultural contribution was an incredible archive of ‘us’, of our humanity, of our inherent diversity and the beautiful curiosities that exist within that diversity.

In leaving this world she gifted us, our, proof of life. 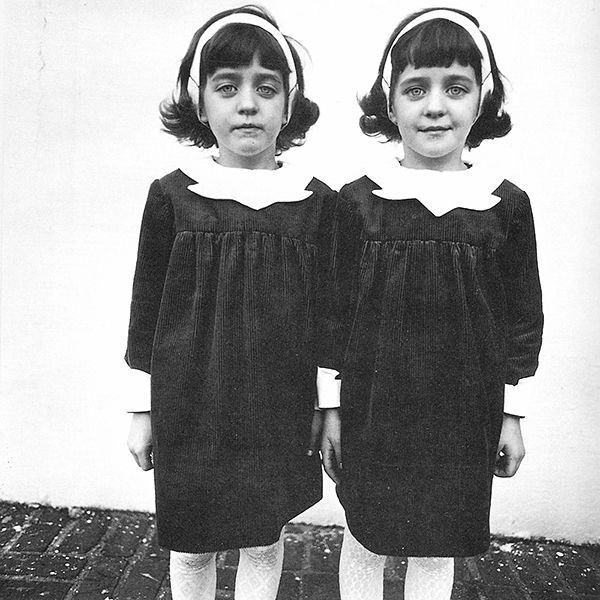 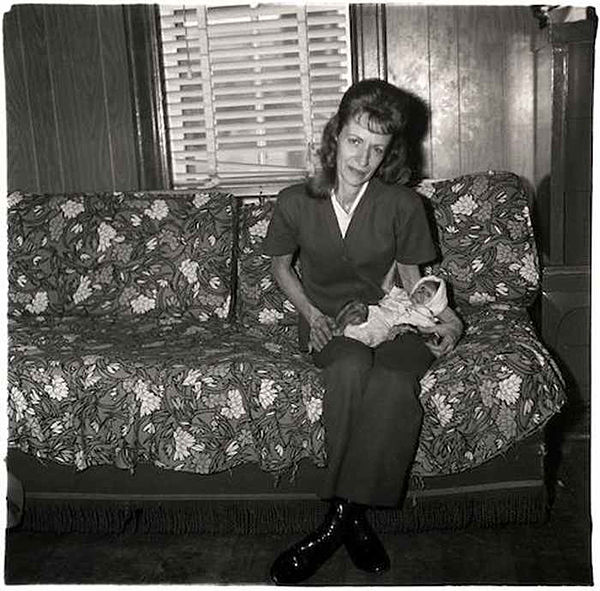 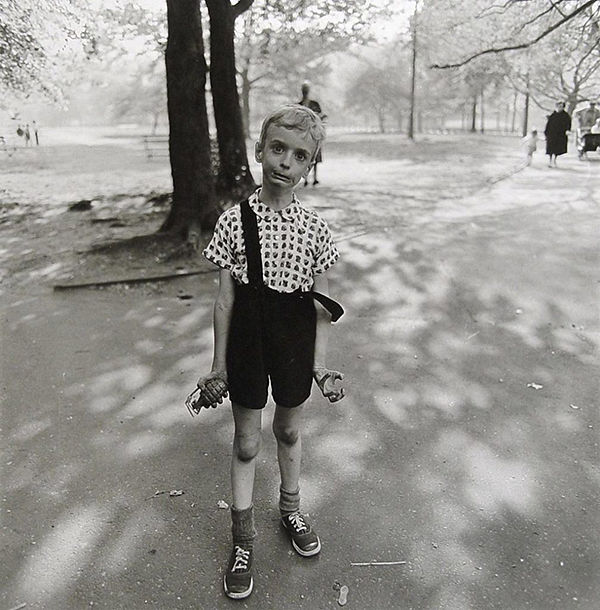 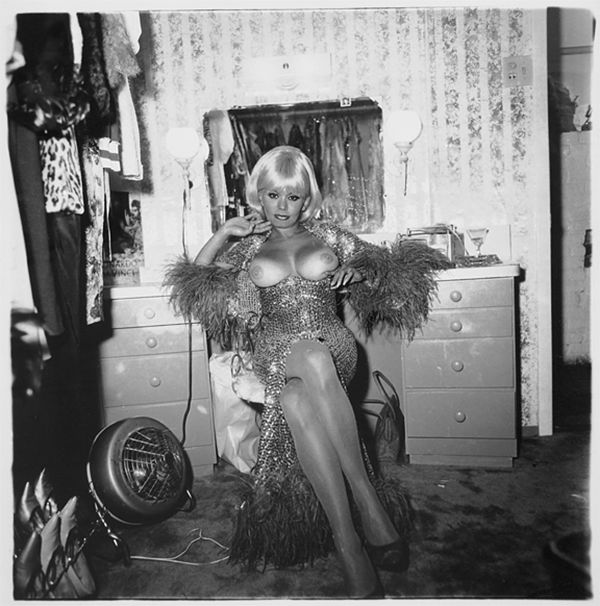 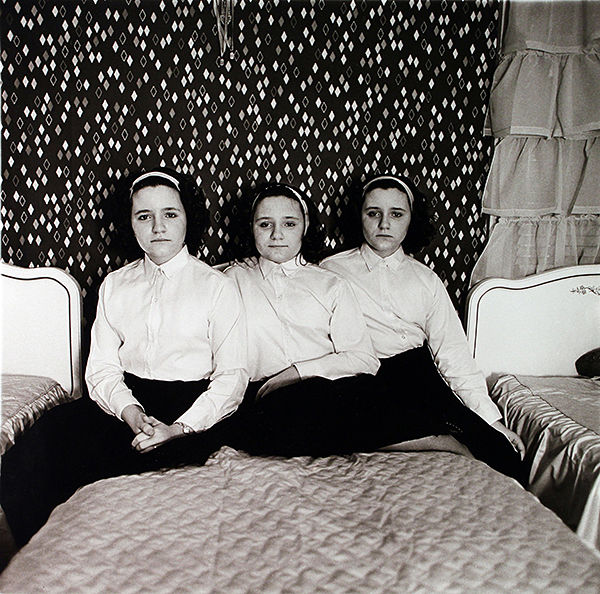 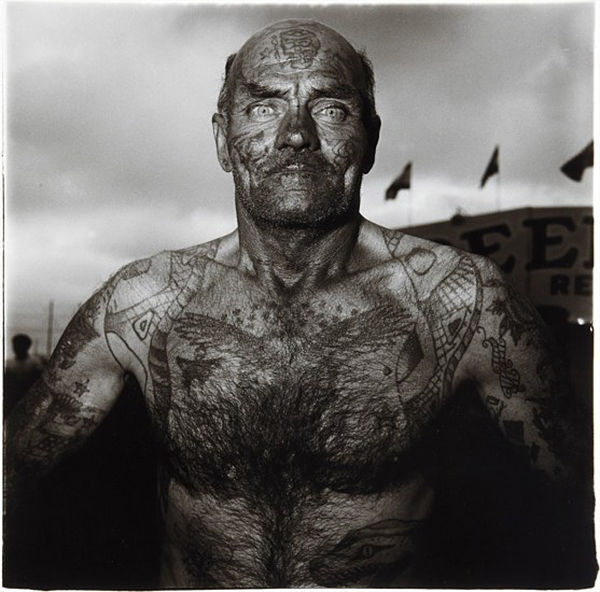 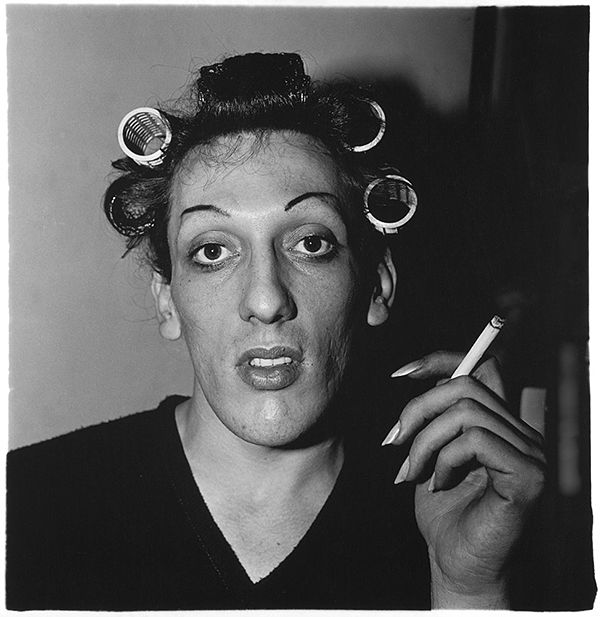 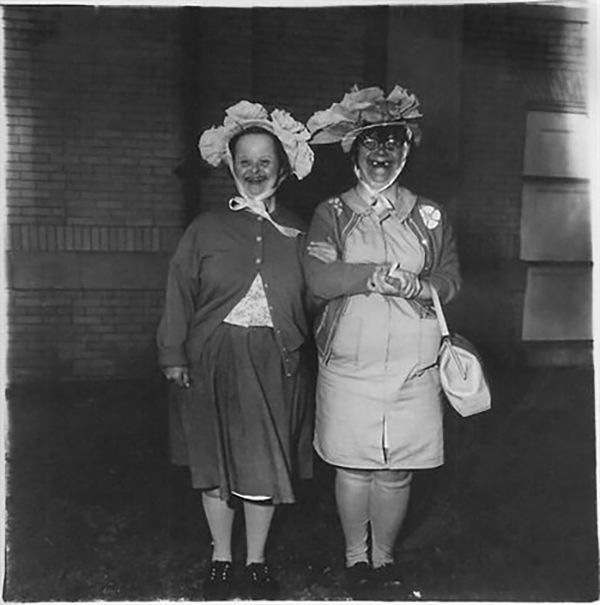 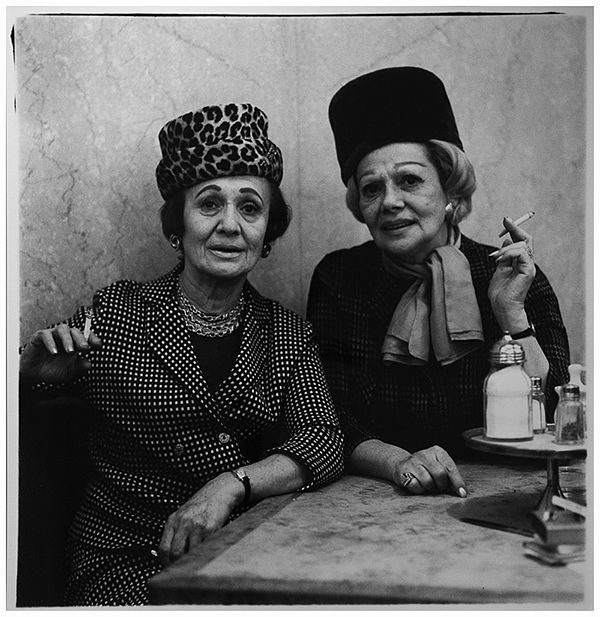 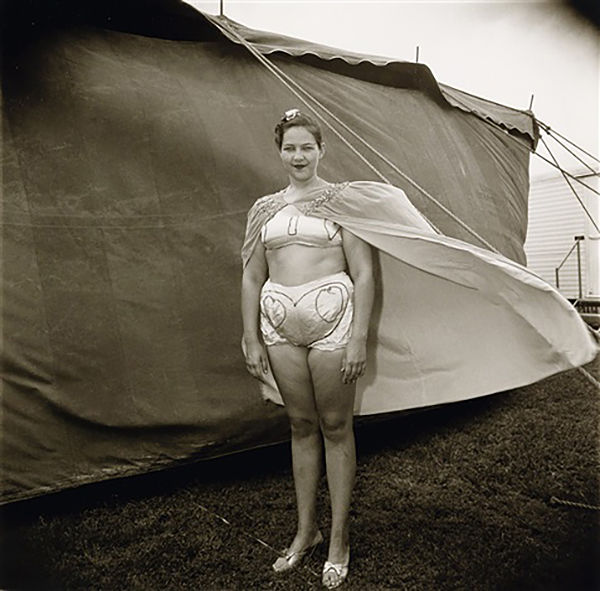 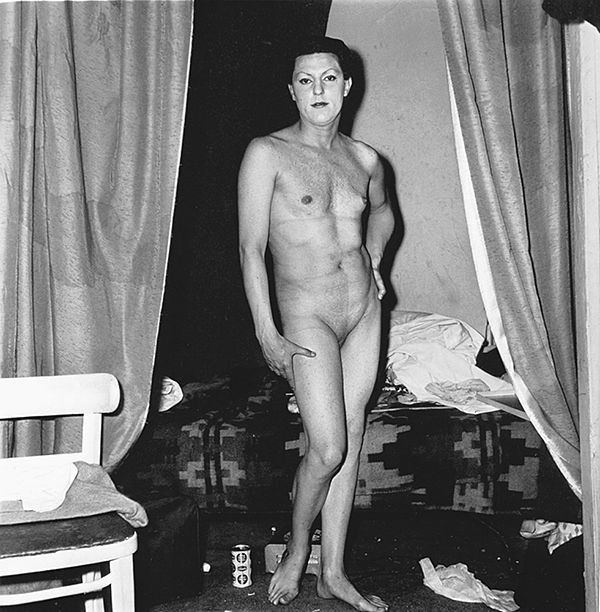 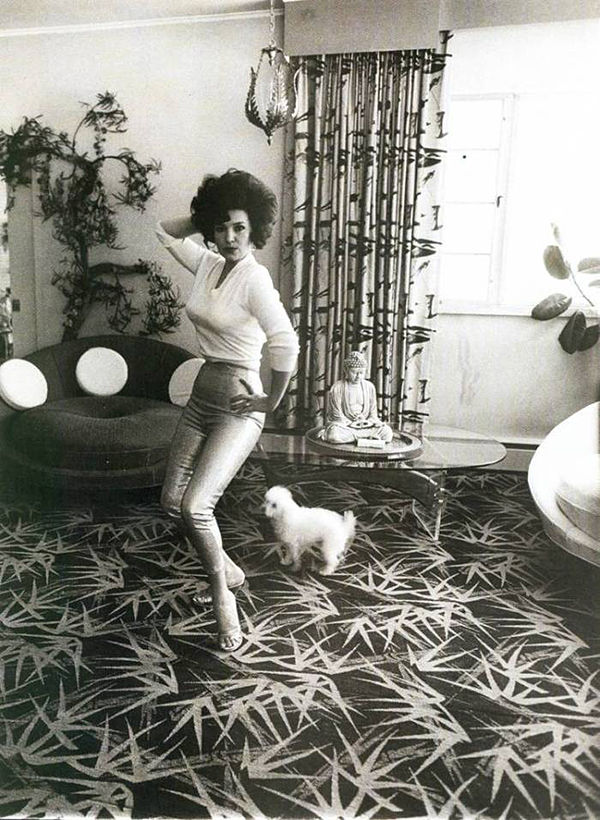 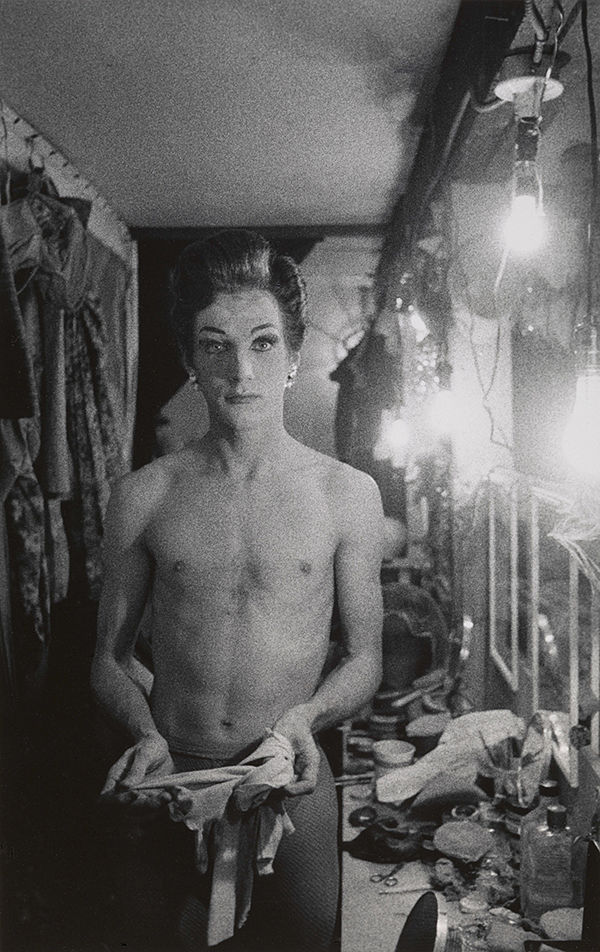 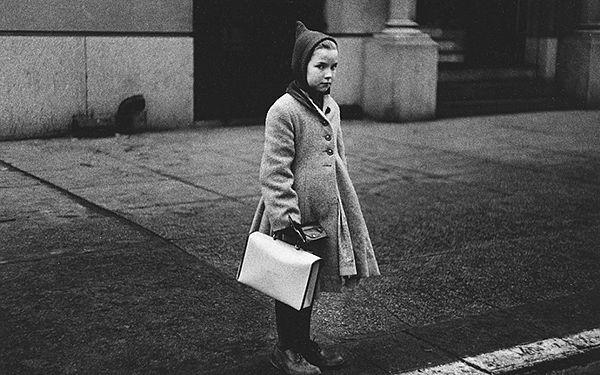 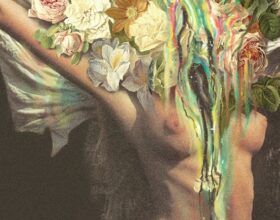 Pierre Schmidt: Into the Rabbit Hole of A Creative Mind 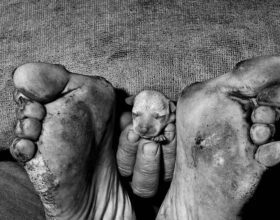 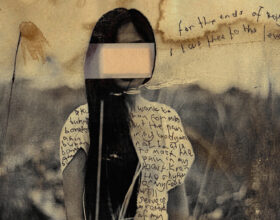 Hayley Welsh: Of Monsters and Zen