Every month Beautiful Bizarre Magazine chooses one of our favourite artists to TAKE OVER social media for the day. For December, we chose Kim Leutwyler to share with us the artists who have inspired her throughout her artistic career. Just in case you missed it, below we present the full TAKE OVER. 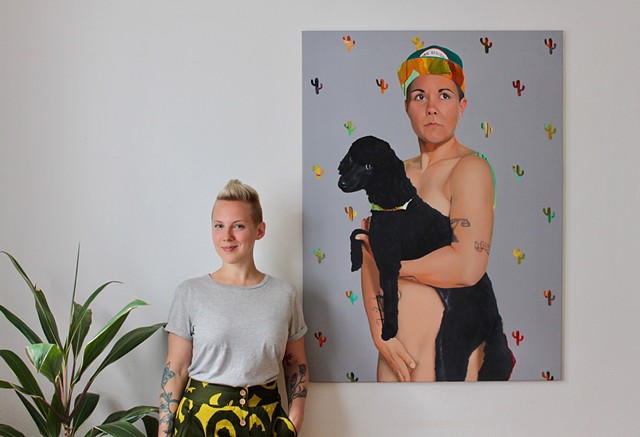 Kim Leutwyler // “The Boo and Baby Sitges” // This portrait depicts my wife Nicole ‘Cole’ Rodriquez and our poodle, Sitges España Rodwyler. Cole is Mexican-American and grew up in Arizona, where we first met. The background features saguaro cacti, which are native only to the Sonoran Desert in the American Southwest.

Cole often dances around the house nude. On this occasion, she was two-stepping past my studio door to a Willie Nelson tune. I asked her to stop so I could snap a quick photo, and naturally Sitges wanted to make a cameo appearance. The painting – which I find comical – hangs in our living room, and visitors each tend to see a different meaning behind Sitges’ gaze. It was a finalist in the Sulman Prize at the Art Gallery of NSW, Australia. 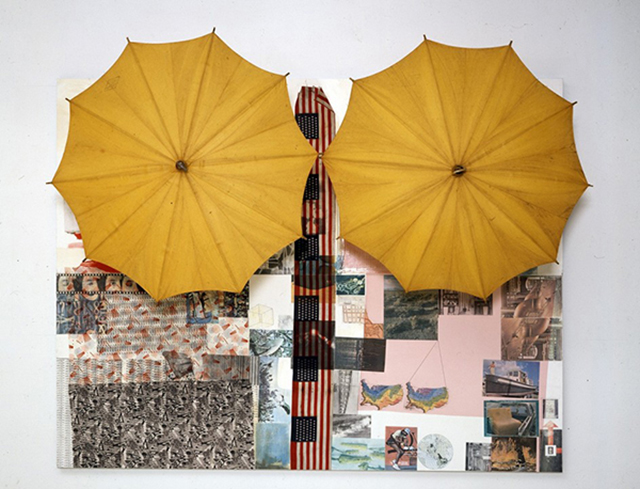 Robert Rauschenberg // Robert Rauschenberg’s ‘Collection’ combine painting was the first artwork to ever make me stop in a very crowded museum and stare for 45 minutes. I visually consumed it from every angle and digested it into my brain. Rauschenberg often combined things like taxidermy animals, furniture and painted canvas to make enormous pieces. He also dedicated his millions toward establishing multiple organisations that support causes like world peace, the environment and human rights. I later learned everything I possibly could about his unique style and queer perspective. I regret not reaching out to him before he passed away to say how much his work has meant to me. 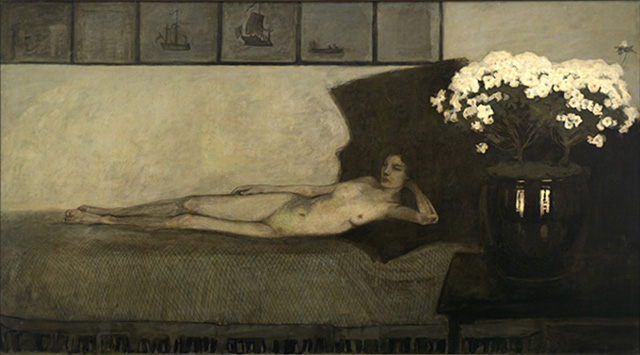 Romaine Brooks  // Romaine Brookes was a lesbian artist born in 1874 who painted her friends and lovers in all of their androgynous glory. Her subdued colour palette contrasts starkly with my own, especially since we both have a pseudo-realistic style. An American expatriate (like myself), she lived most of her life in Paris where she was a leading figure of an artistic counterculture. I’m inspired by her focused exploration of gender and sexuality in the 1920’s, illustrated both in her personal appearance and her painted portraits which rejected conventional standards of female beauty. 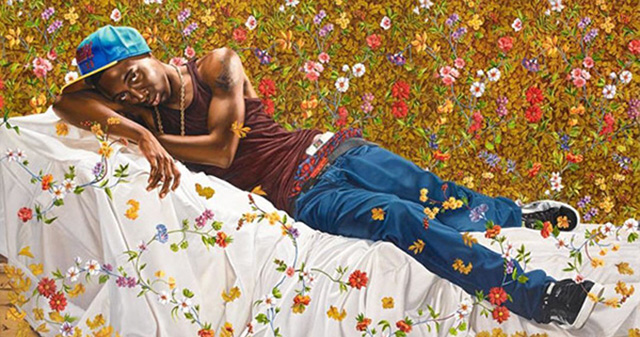 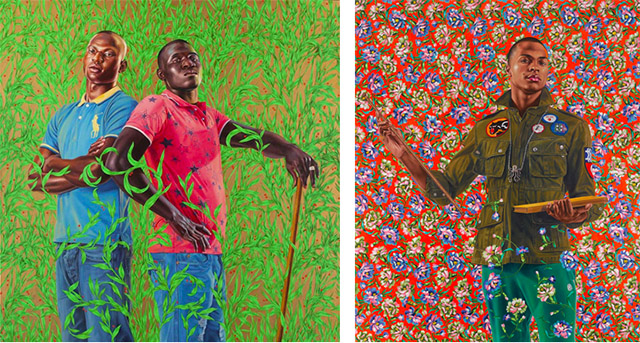 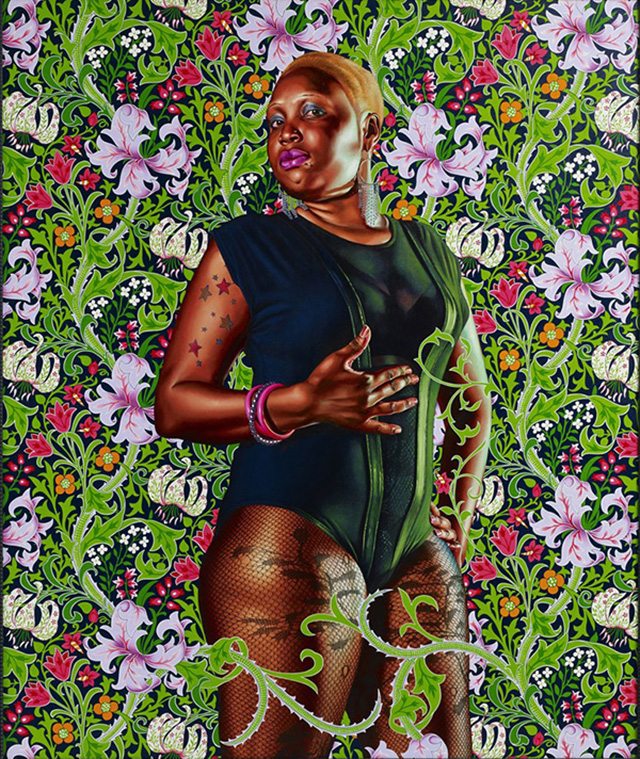 Kehinde Wiley // My love of incorporating strong colour and patterns started with studying the Pre-Raphaelites. I was fascinated with textiles and patterns employed by the Pre-Raphaelites to contemplate moral issues of justice, beauty, piety and the struggle against corruption. When I began painting women in front of their favorite patterns I was quickly introduced to the work of Kehinde Wiley, who is best known for his realistically rendered portraits of heroic figures depicted in front of decorative patterns from various cultures. Wiley references Old Masters paintings for the pose of his figures, blurring the lines between traditional and contemporary painting. I am drawn to his exploration of societal representations of blackness, particularly for young black men in contemporary culture. 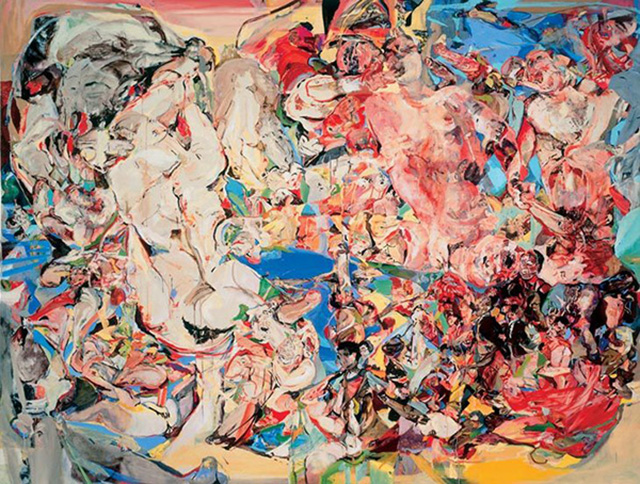 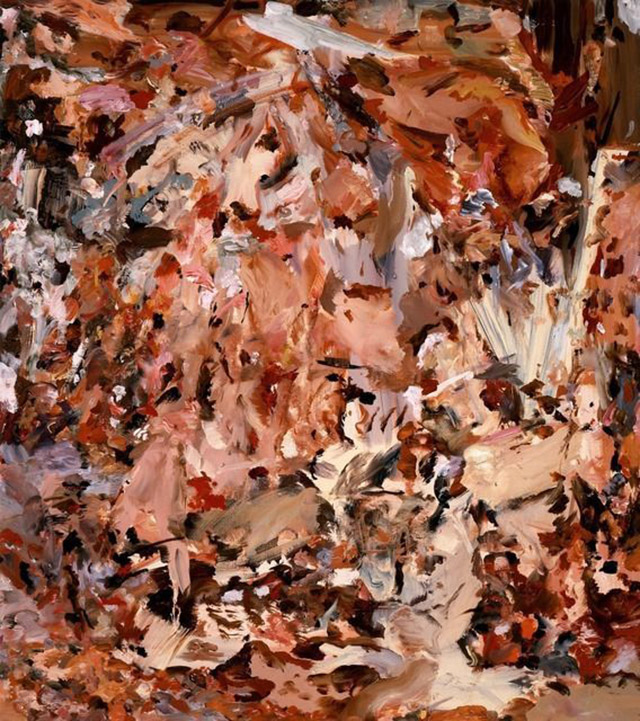 Cecily Brown // Cecily Brown combines figuration and abstraction with a distinctly female point of view. Like myself, Brown enjoys an element of surprise in her abstractions and often begins a painting with no clear idea of where it will land. She has ties to abstract expressionism in her energetic mark making. I am drawn to her exploration of sexuality and eroticism through the depiction of fragmented figures. I could stare at her work all day. 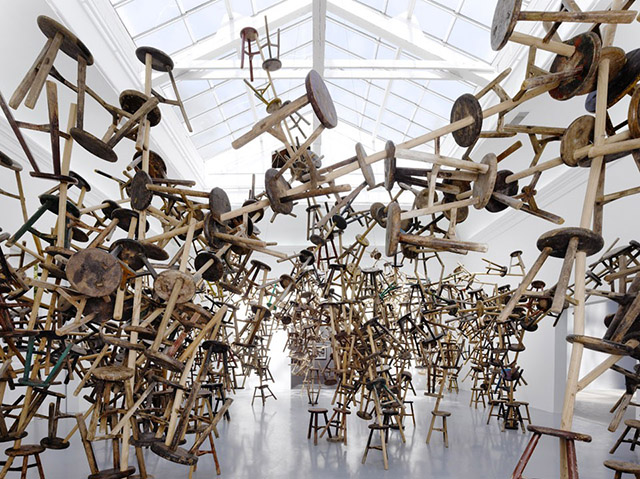 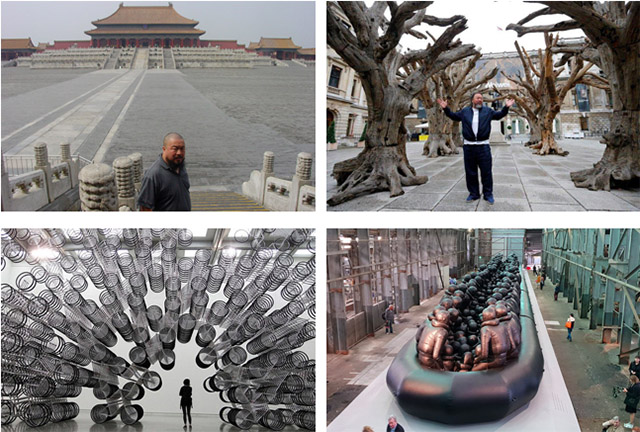 Ai WeiWei  // Ai WeiWei is a Chinese artist and activist. He has been openly critical of the Chinese government, particularly when it comes to human rights. As a result of his activism and investigations of government corruption he was arrested for 81 days in China without any charges, and he is now a Chinese refugee living in Berlin. Ai started creating conceptual art through the alteration of readymade objects and through photography. He later moved on to create documentaries, working on architectural projects and building conceptual sculptures, many of which comment on social injustices in China and globally. I am inspired by his fearlessness and honesty. I was moved by his 196-foot-long inflatable installation at Sydney’s Cockatoo Island in this year’s Biennale of Sydney exhibition. The massive installation is a powerful criticism of Australia’s treatment of refugees. Global displacement is not going away, and I admire Ai WeiWei’s commitment to advocating for refugees’ human rights issue. 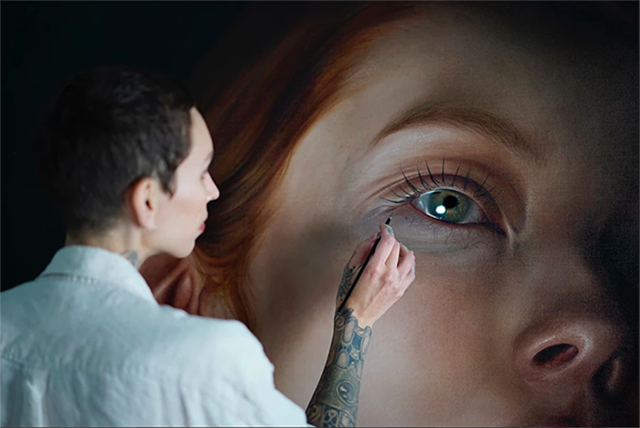 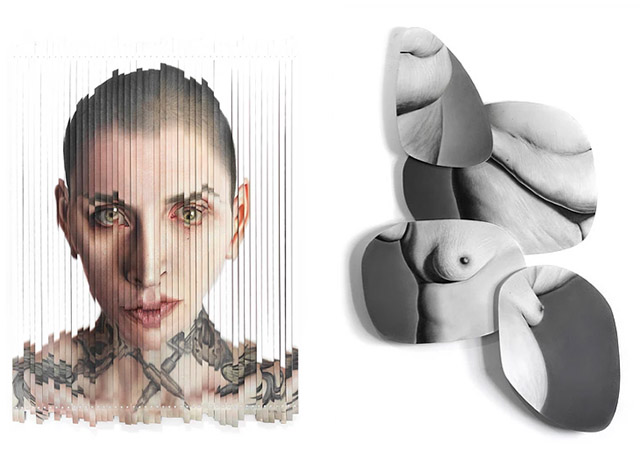 Kit King // Kit King is a legend. She is a Bahamian Canadian contemporary artist who creates masterful hyperrealistic portrait paintings. I reach out to her periodically for technical painting advice and to share positive feedback about her work. I’ve never been a huge fan of realism unless it brings something completely new to the table and elicits more questions than answers, and Kit King’s work does exactly that! She explores gender, beauty, identity and the human form, often cutting and reconstructing her works to create a new narrative. Her paintings have been exhibited in galleries and museums internationally- showing throughout Canada and the United States, as well as the United Kingdom, Mexico, Australia, and the United Arab Emirates. King has won several awards, and is a four time people’s choice winner of Canada’s Portrait competition -The Kingston Prize. I can’t wait to see what she makes next 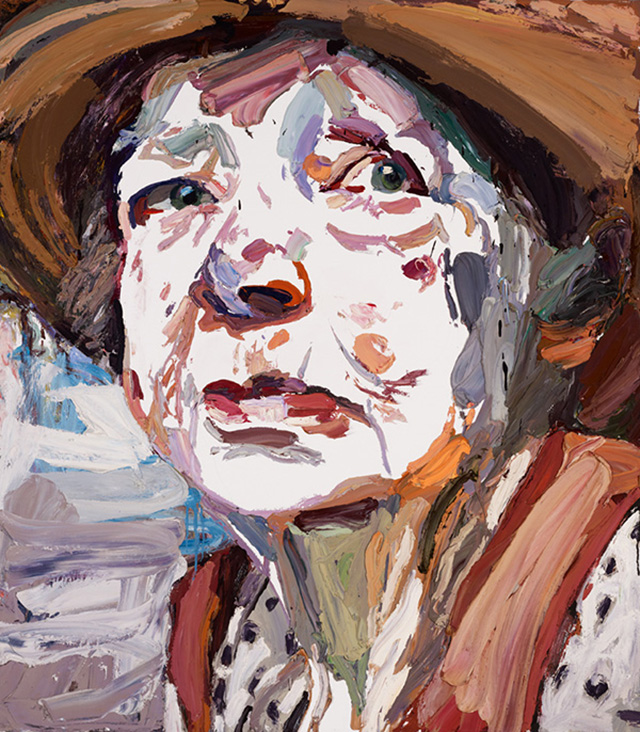 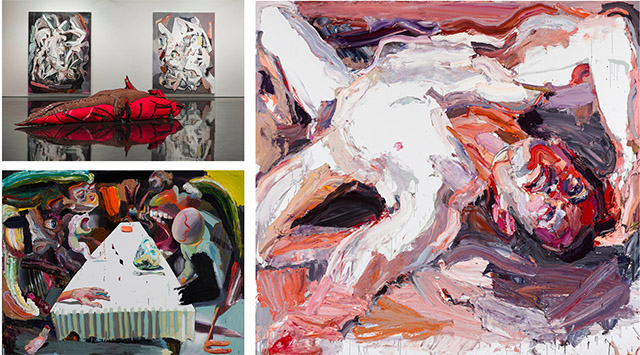 Ben Quilty // Ben Quilty is an Australian artist. I first encountered his work in 2012 within days of arriving in Sydney after my move from Chicago. It was a portrait of Margaret Olley, which, unbeknownst to me, had won the Archibald Prize the year prior. At the time, I did not know who Ben or Margaret were, nor had I heard of the Archibald Prize…but the painting stopped in my tracks. I had never seen anything like it. After spending about 30 minutes absorbing the work from every angle I took note of Ben’s name and made a point to learn more about his artistic practice. Much of Ben’s current work depicts his personal response to the chaos and disorder of the world today. His paintings are figurative, although he takes a huge departure from realism. If you spend enough time with his paintings and sculptures they will rip your guts out in the most exhilarating way imaginable. I first met Ben when I was selected as a finalist for the Archibald Prize. He has been a great supporter of my work ever since, and I am so grateful for his continued feedback.

This was the last piece chosen by Kim Leutwylerfor her TAKE OVER. Thank you again Kim, we really appreciate you taking the time to put this day together. 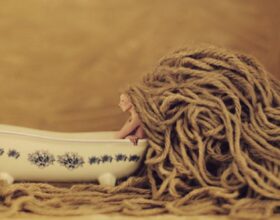 Kylli Sparre, the nimbleness of the nymphs 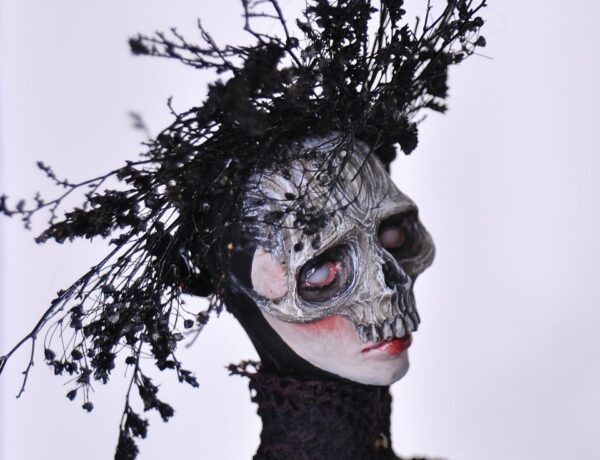 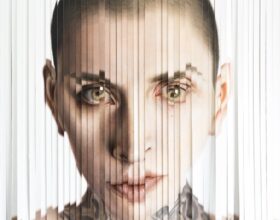 Kit King: The Queen of Hyperrealism

Ebb and Flow with Marc Scheff