“Forever a step ahead of me, they exist in a space that I aspire to live in.  They are Hellstrong.”

Grace Lang has prepared a deeply personal solo show for FIFTY24PDX Gallery this September. In her biggest show on the West Coast to date, Grace has tried to define the way her mind feels at war with her body and the role of physical pain in her life; she has centered this show towards a way to convey herself into these artworks. Disembodied heads and symbols, which Grace calls her glyphs, express the incommunicable nature of pain and the failings of language to express certain things. In some of the works for this show, Grace has taken a different approach, very consciously trying to depict the frustration she feels about having a body that hurts. She has also included a lot of the creatures or buddies that hang out with the babes that represent the people in her life who have helped her get through the tougher times. Grace still uses her unique style and colours to represent the narrative along with her incredible 3D sculptures. Head to the Upper Playground Portland (Upportland) to see Grace’s works in person! 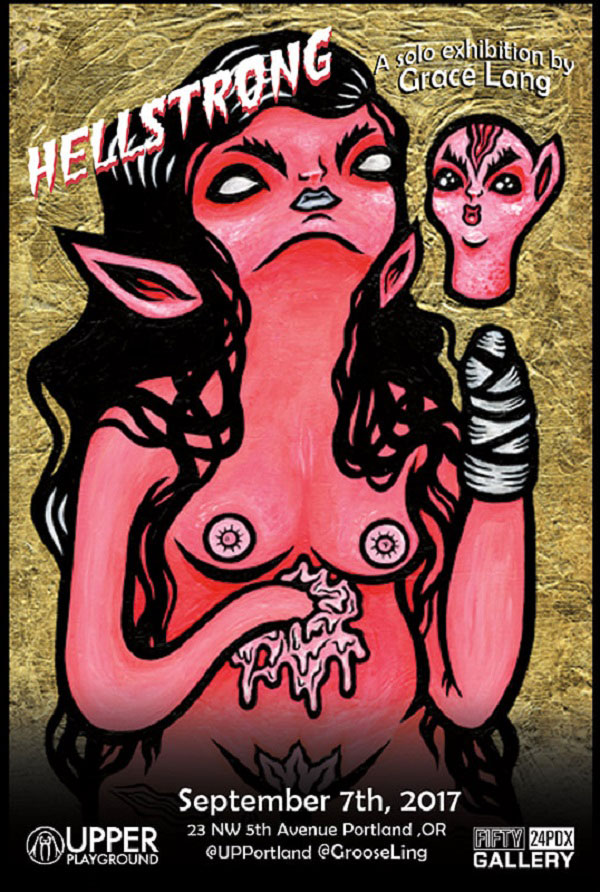 I used to dream that a faceless, nameless villain had stolen my hands. Sometimes they stayed lost; other times I’d look down to find them improperly reattached, rendering them useless for my purposes. Hands represent control, especially for an artist, and the loss of that control was frightening. These dreams came during a time of serious physical transformation – I was recovering from corrective spine surgery and this unconscious imagery provided a visual motif for my feelings of powerlessness, the desperation of suddenly inhabiting a body altered by an outside force. As I got older, I used that image to put little pieces of myself into my artwork, depicting handless beings, each on a quest to regain the strength that they had lost. Often that quest involved walking face-first into the darkness. Hellstrong, then, refers to the special breed of inner toughness one cultivates after venturing into and returning from that darkness.

While preparing this work, I also began trying to define the complicated ways in which my mind feels at war with my body. As I started feeling more authority regarding the role of pain in my life, this surge of power found its way into my images. I barely realized that my figures suddenly had hands. Not only that, but I also understood the meaning behind some of the images that I have obsessively included in my work for years. The disembodied head is the woman who, stuck with physical limitations, has moved past the need of a body. The open wound is a portal of sorts—both ingesting and expelling lifelines between beings. The glyphs are not a language, but rather, a constant attempt to define what can’t be defined in words. We have a basic need to communicate ourselves to others, but sometimes language fails. Physical pain, especially, is near impossible to convey in a satisfying way. When communication breaks down, the beings in my universe call upon their open wounds, transferring their insides into others and thus sharing their pain in a manner unavailable to us.

The women in these drawings, paintings and sculptures are manifestations of my hopes for myself. Forever a step ahead of me, they exist in a space that I aspire to live in.  They are Hellstrong ~ Grace Lang 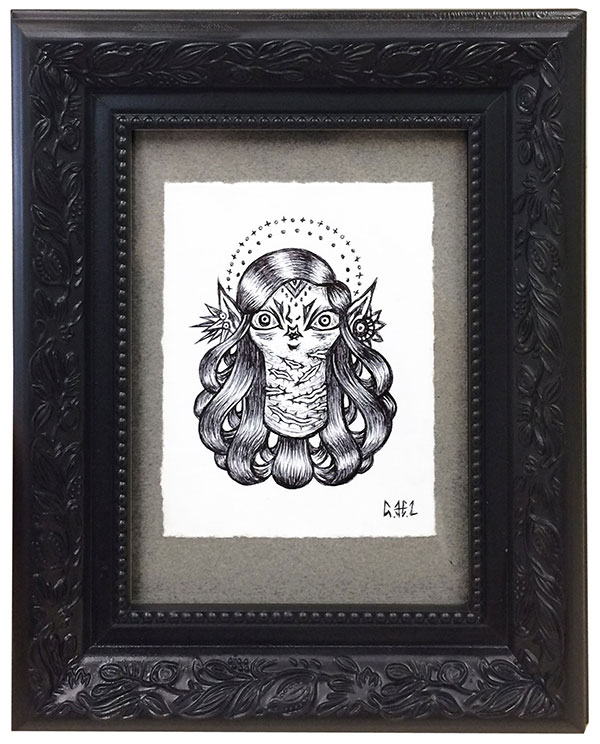 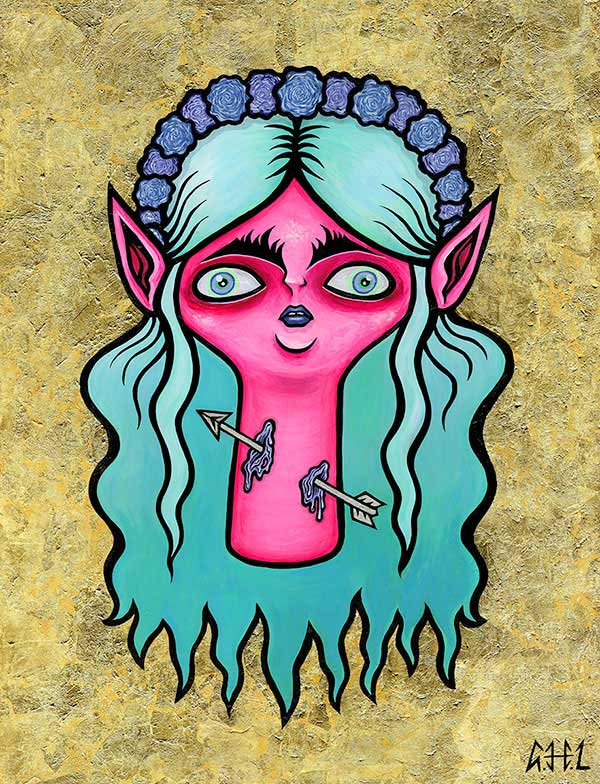 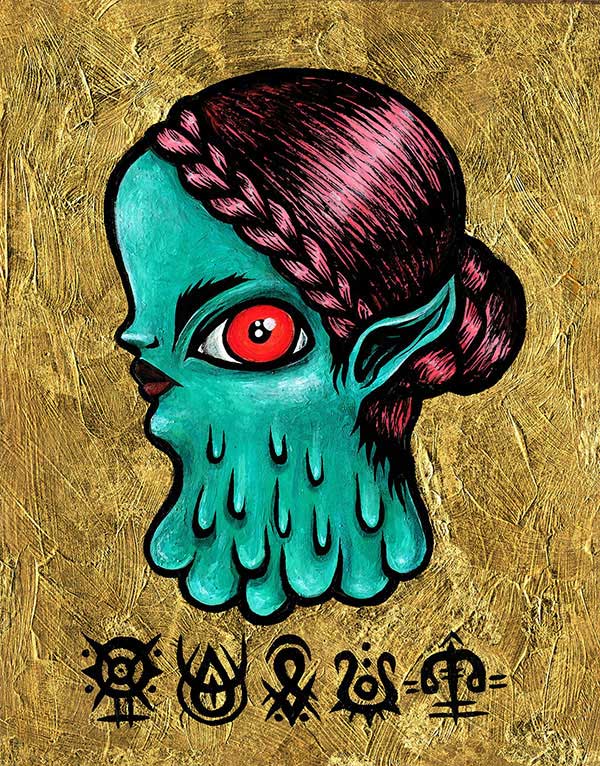 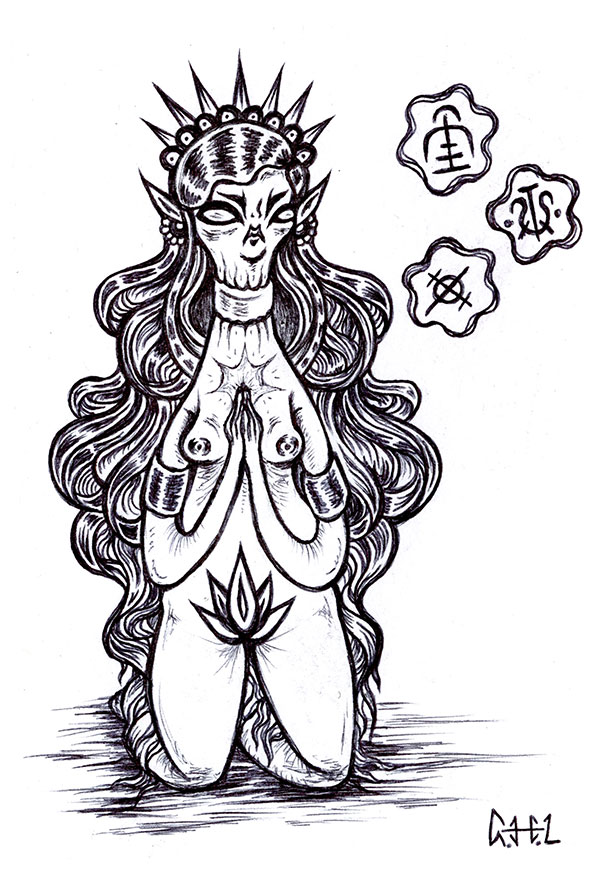 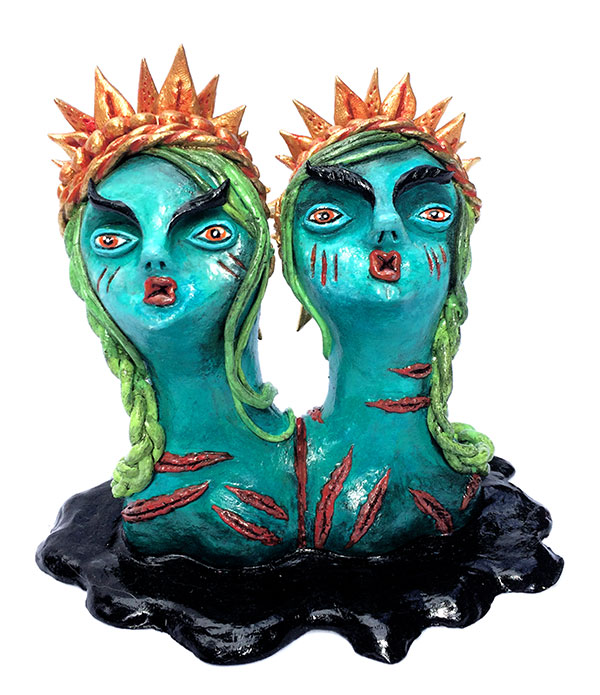 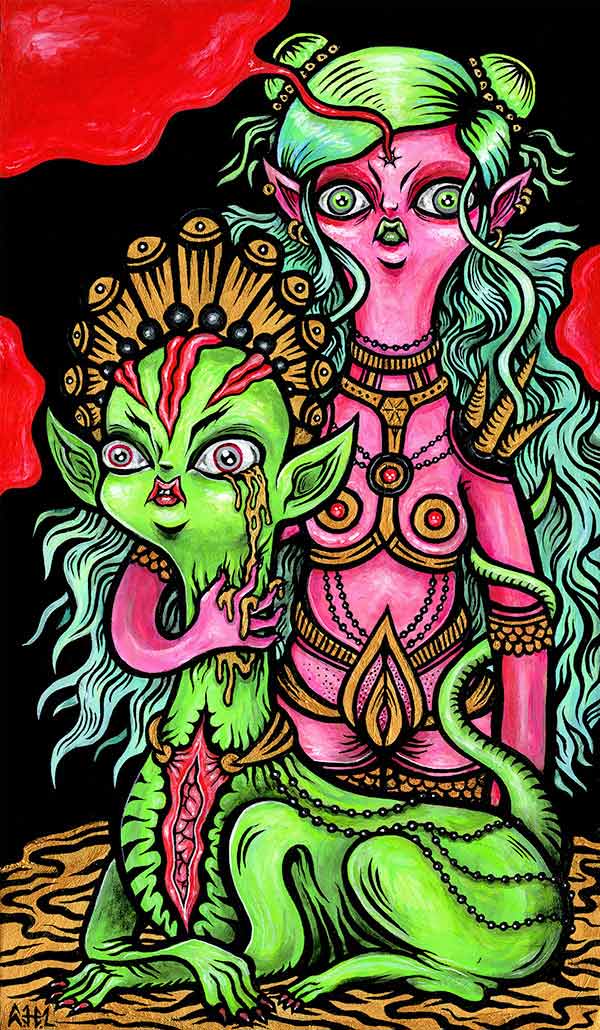 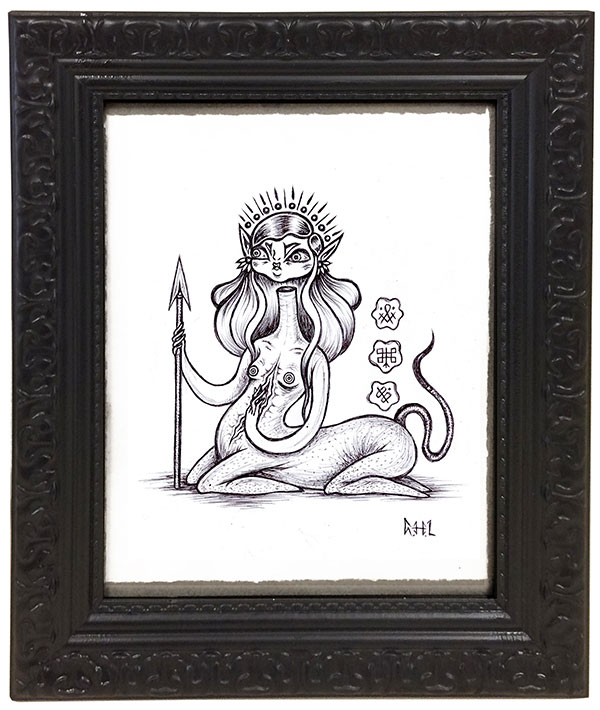 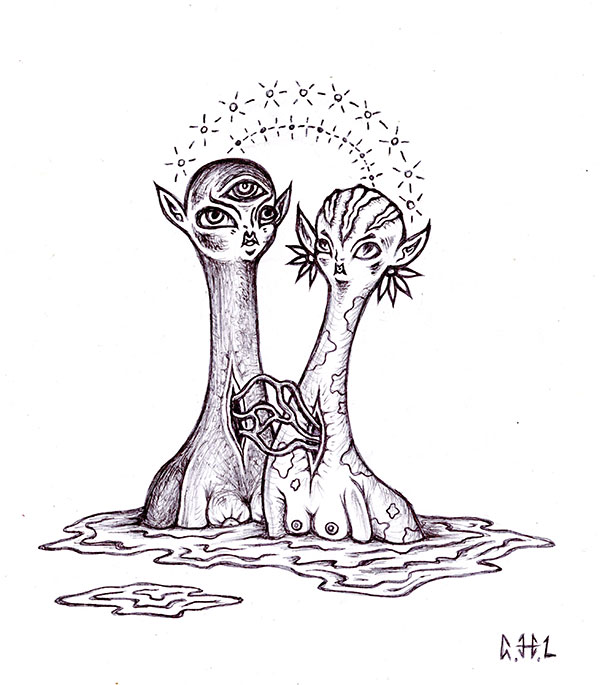 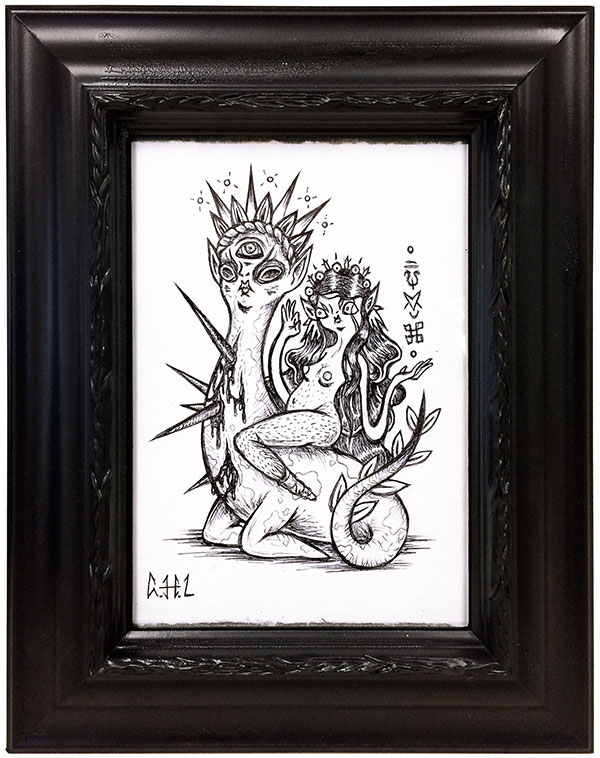 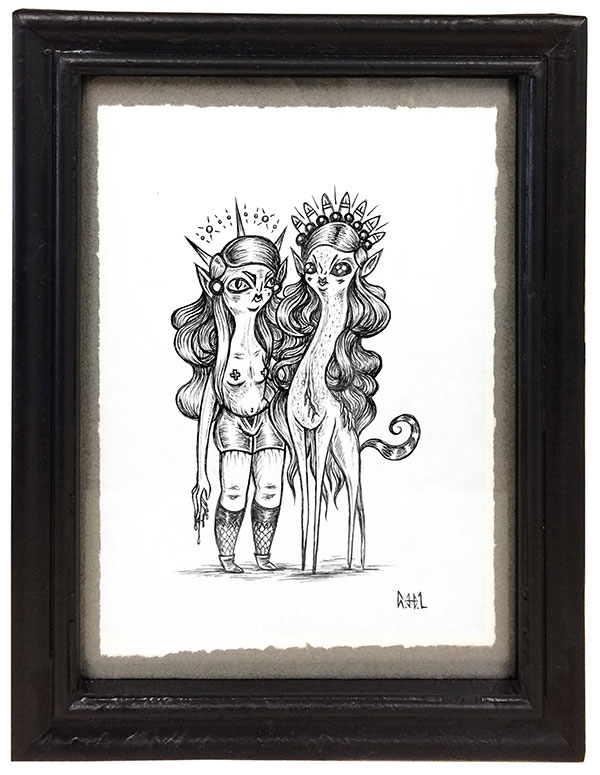 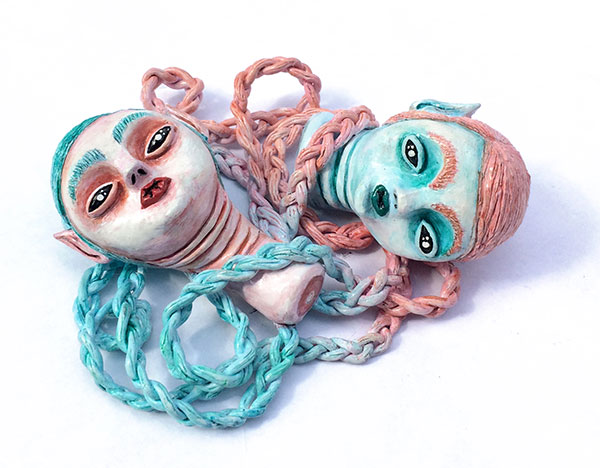 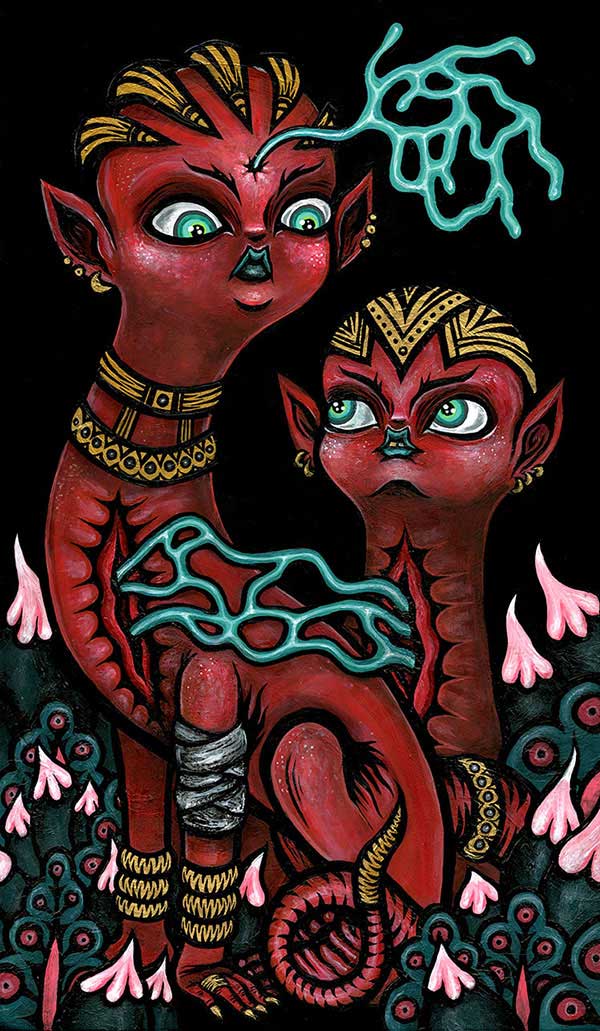 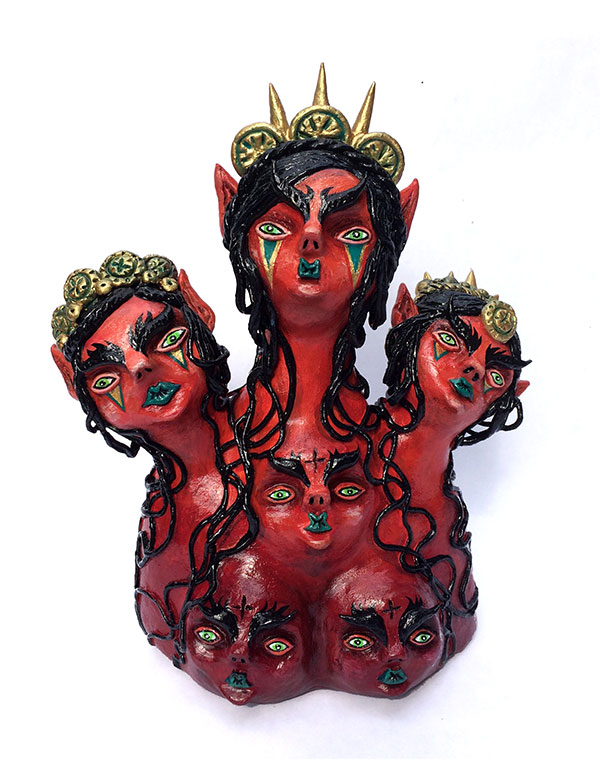 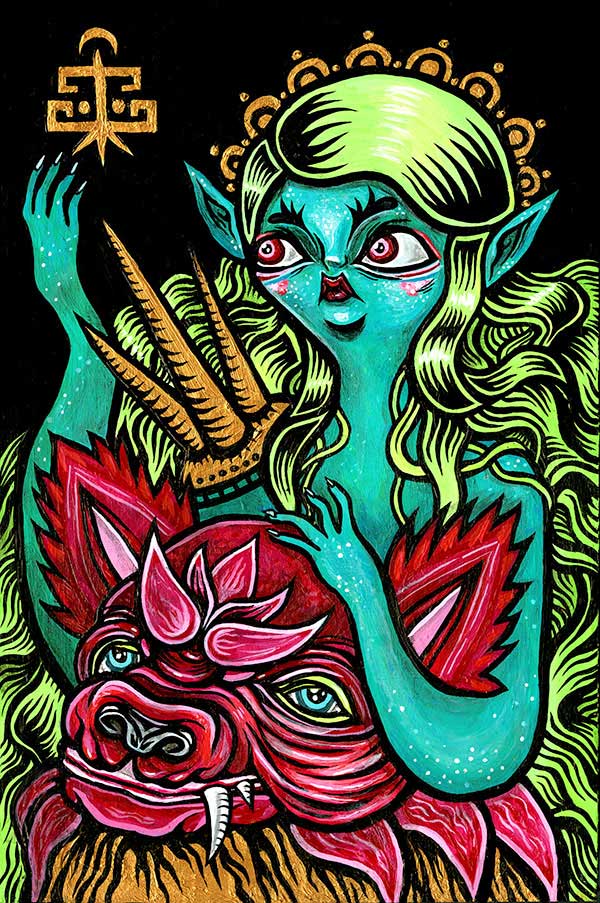 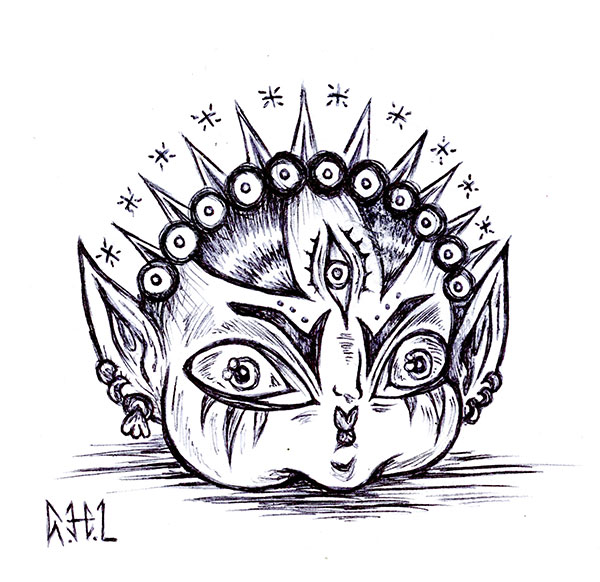 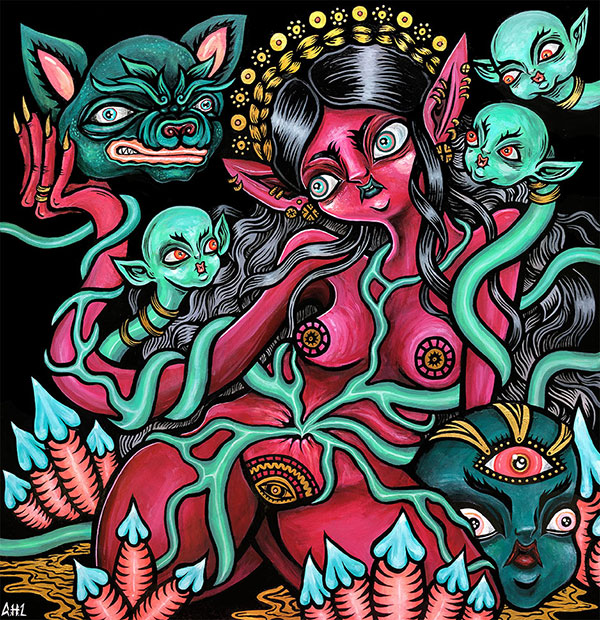 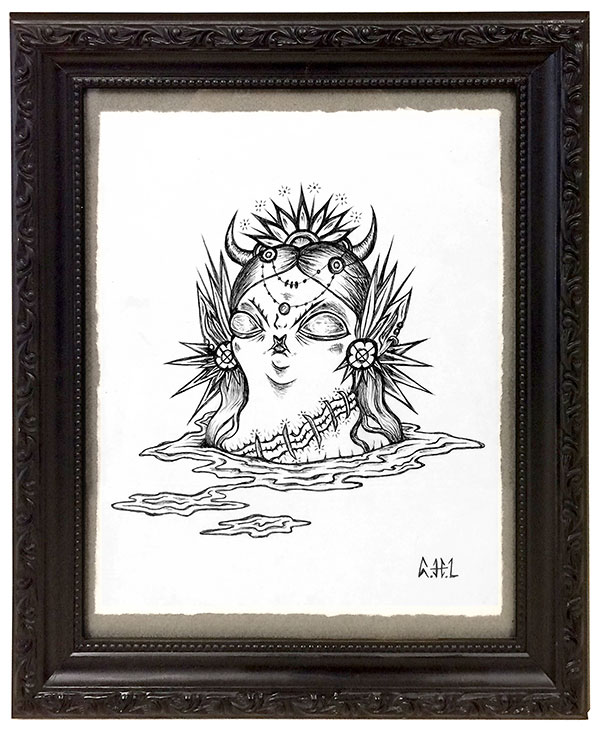 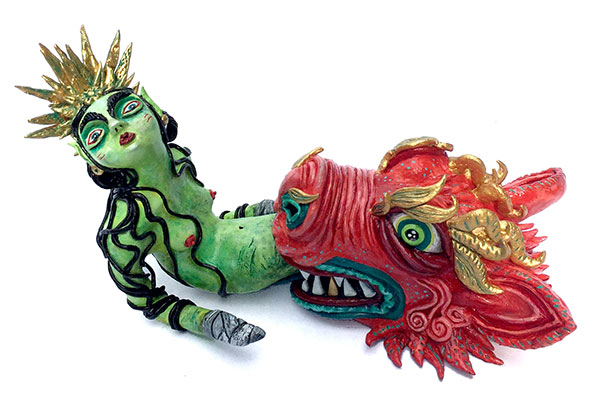 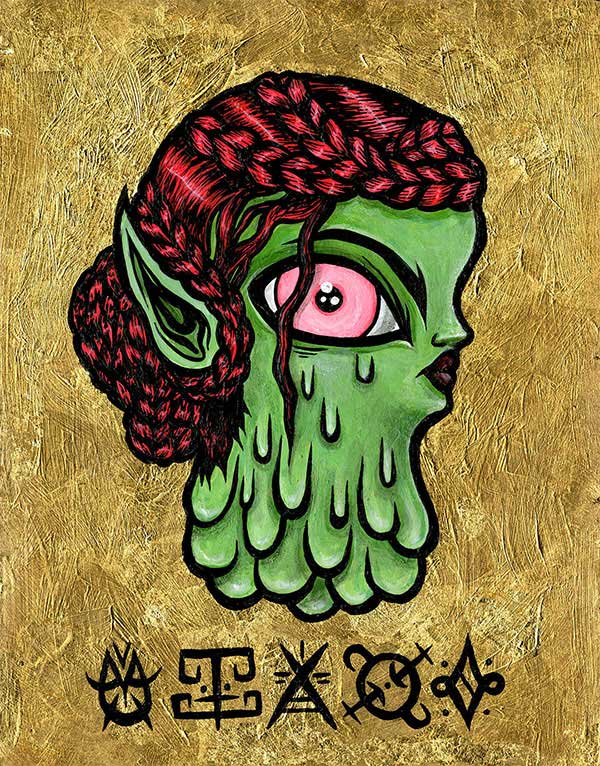