“Fun and Cosmopolitan”: The Music of Aksak Maboul in the Words of Founder Marc Hollander

It was 1977 when Marc Hollander and Vincent Kenis formed Aksak Maboul – a Belgian ensemble going down the winding road of avant-rock and pop, just to mention a couple of the ideas floating and flooding their beguiling, mind- boggling debut “Onze Danses Pour Combattre La Migraine”. Starting with the title ? “Eleven Dances To Fight Migraine” ? it’s safe to say this was fairly unexpected, witty, transcendent, fiercely creative stuff.

I had never thought of fighting migraine with a dance myself…

Try ‘Mastoul Alakefak’ for a generous dose of minimalism, or ‘Modern Lesson’, from their sophomore effort “Un Peu de l’ me des Bandits” for touches of New York no wave via Belgium.

Fast forward a few years – a few decades, to be exact. The band releases “Ex-Futur” (2014), the long-lost third Aksak Maboul album Hollander worked on alongside The Honeymoon Killers singer Véronique Vincent, with a hand, once more, from Vincent Kenis. Gaining momentum once again, the band followed this resurgence with “16 Visions of Ex-Futur”, released in October 2016 – a covers album featuring artists such as ex-Stereolab Laetitia Sadier, Nouvelle Vague’s Marc Colin and Finnish electronic artist Jaakko Eino Kalevi, among others who shared their flair for mesmerizing twists and startling turns. Aksak Maboul ‘Revue’ celebrated those visions on stage, too, in a series of exclusive shows that took them to selected venues in London, Paris, Brussels, Frankfurt and Cologne.

In the interview that follows, Marc Hollander kindly fills in some of the missing pieces of the puzzle, recapping four decades in the lives of Aksak Maboul, with added personal insight and backstage gossip (well, not really, that last one). 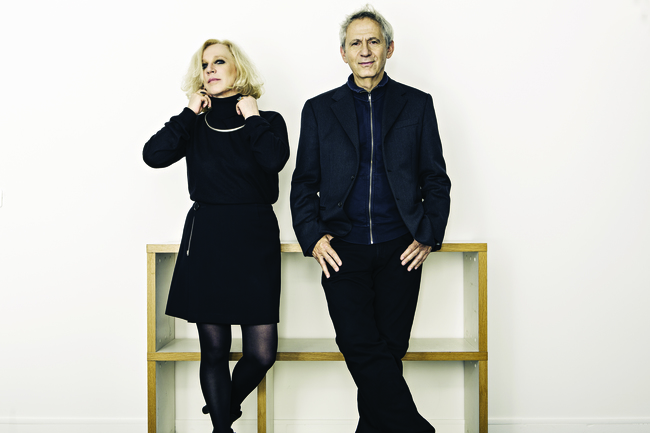 What drove Aksak Maboul upon their inception in the 70’s?

I was a musician, I played in several bands and at one point, and I worked on an album of my own music using the best daw I could get. It started out as a solo thing, but I soon asked by friend Vincent Kenis to work with me. That was the inception of Aksak Maboul, the “Onze Danses Pour Combattre La Migraine” album, which combined and rehashed many influences, many styles of music I liked. I guess you could say that what drove me was this to playfully combine very diverse elements and genres, to play music and play with music. Two more musicians joined us to perform the music live, and the band kept morphing for about 4 years, with several different line-ups. The latter (in 1980-81) was the band which resulted from the merger between Aksak Maboul and The Honeymoon Killers, which performed under both names, and aimed at doing two separate albums. The Honeymoon Killers’ one (“Les Tueurs de la Lune de Miel””) came out in 1982, it was quite successful, we were kept very busy by this, and never managed to complete that Aksak album… Which ended up coming out in 2014!

Who is Aksak Maboul now? How has the band evolved?

After a very long hiatus (over 30 years!), the new band was created in the wake of the release of the record I just mentioned, “Ex-Futur Album”, which was meant to be the third Aksak Maboul album, and was left unfinished from 1983 to 2014. It’s an album that explored the pop end of the Aksak spectrum, and consisted of songs written by vocalist Véronique Vincent and myself, which incorporated quite a bit of strange elements for conventional pop music, certainly at the time. Three years ago, we realized that the time might be right for releasing these unfinished songs, sometimes in demo shape – and the record was indeed very well received, especially by young audiences and by young musicians who operate in a similar field. The enthusiastic reactions drove us to try to do a couple of concerts; we involved three musicians (who weren’t even born when these songs were written and recorded). And after some rehearsals, we found ourselves with a real band, which was playing funkier, more adventurous versions of the songs. The line-up evolved a bit, we also did some shows with collaborations by members of French band Aquaserge (one of my favourite current groups). We’ve done around 30 concerts so far and are enjoying this immensely. 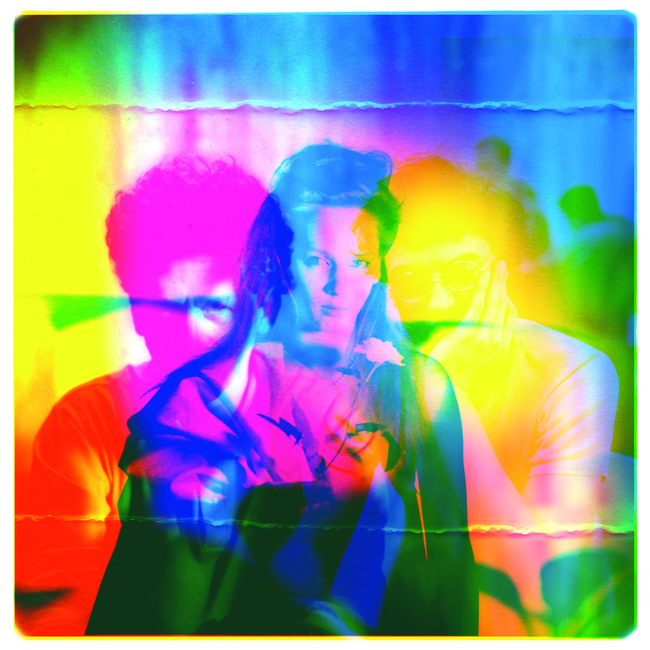 How is the chemistry between you and Véronique Vincent now? And the new musicians in the line-up?

The chemistry is great. We’ve come together to do shows, but Véronique and I have been living together during these three decades… and the bass player is our daughter Faustine. The other two musicians are drummer Erik Heestermans (who comes from a free jazz and folk background) and guitar/synth player Sebastiaan Van den Branden (from Belgian band dream pop Amatorski), and it’s going great.

A lot of the material on the current set consists of expanded, re-arranged versions of the songs on “Ex-Futur Album”. So there are pop elements, with various improvs and dubby/psychedelic/electronic/afrobeat/minimal music/jazz digressions. We are also writing new songs, three of which are already in the current live set, and these are starting to explore different directions, sometimes going back to elements which were in those first two albums. But there are no xylophones or bassons in our concert at the moment… not yet. 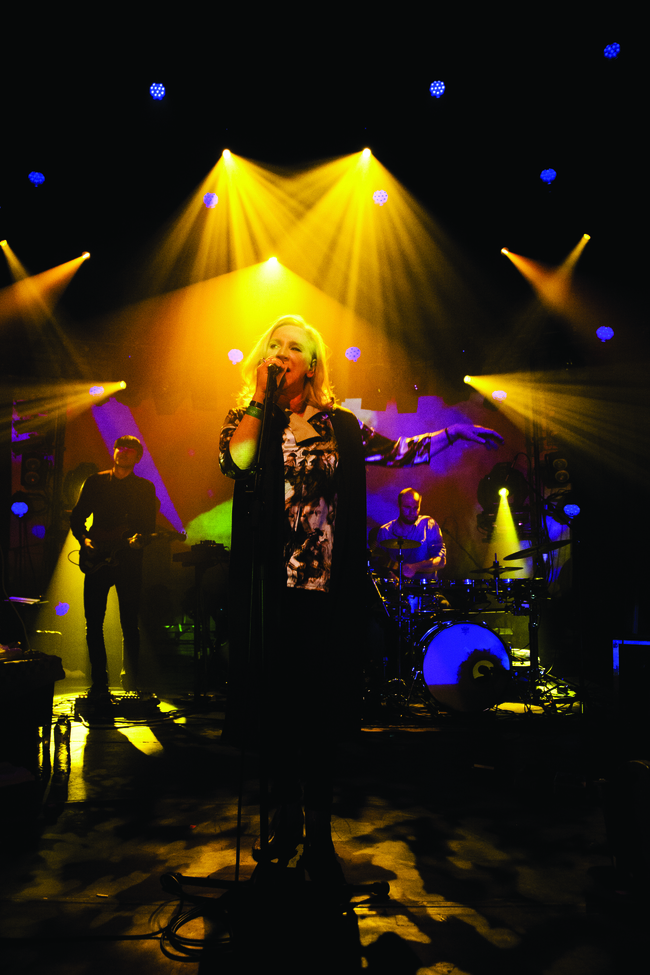 Talk to us a bit about the objectives of Rock in Opposition. Are do-it-yourself digital production and independent platforms more individualistic RIO?

When RIO was formed, there were hardly any independent music labels. The industry and the whole circulation of music was dominated by Anglo-Saxon artists and by major corporations. The initiator of RIO (and of Recommended Records) was Chris Cutler. His idea was to fight this situation, to show audiences that a lot of creative music was being made everywhere, and it deserved to be heard. The bands, which were part of the short-lived RIO organization, were very diverse in style, but joined forces in order to work as a cooperative and help spread non-standard music across the Western world. Things didn’t go very far with RIO, but it served as an inspiration for musicians and for people who started small indie distributions and labels (such as myself, for example). Around the same time, a flurry of small DIY labels emerged from the post-punk movement, and the previous situation (of domination by corporation, of musical “monoculture”) was changed forever. Even more so with the advent of digital platforms. Strangely enough, RIO has -over the years- become synonymous with a style of music (a certain type of avant-prog, to describe it briefly), which wasn’t at all the original intention.

Now that the stakes are so high, has the industry lost touch with what’s really adventurous in music?

In terms of record companies, major corporations are (even) more oriented towards industrial productions of best-sellers. They don’t need to be adventurous as there are many ways for artists to produce and promote music via independent channels, and major companies can try and pick up artists which have emerged from those channels – and who have already built a following. That said, the big players in “the industry” today are the large digital corporations (GAFA etc), and they don’t invest at all in the discovery, production and promotion of new artists. They don’t produce content, they’re only channels.

You founded Crammed Discs in the 80’s. What is the philosophy that best describes the label? Could you name a couple of Crammed Discs gems that you think more people should listen to?

The label started out as a kind of extension of Aksak Maboul, so the philosophy was similar. The label’s original motto was “Fun & Cosmopolitanism”… thus playfulness, not paying too much attention to stylistic or geographical borders, but following our intuition and taste. Which led us to be to working with many cross-genre and cross-cultural artists, and to be active in (and in between) the areas of rock, electronica, world music, pop etc.

If I had to pick a handful of underexposed Crammed gems, I’d name Benjamin Lew’s albums from the 80’s (see the “Compiled Electronic Landscapes”, released in 2003); “Mail Order Justice” by Juryman vs Spacer (1997); “Internal Clock” by Circadian Rhythms (a collective around This Heat’s Charles Bullen, released in 1998); “Res Inexplicata Volans” by Brazilian producer Apollo Nove (2005); and “Es Tiempo” (2008) by Chicago band Allá. You can hear one of Allá’s tracks in the mixtape I recently did for Boiler Room, which contains many unreleased and upcoming tracks. 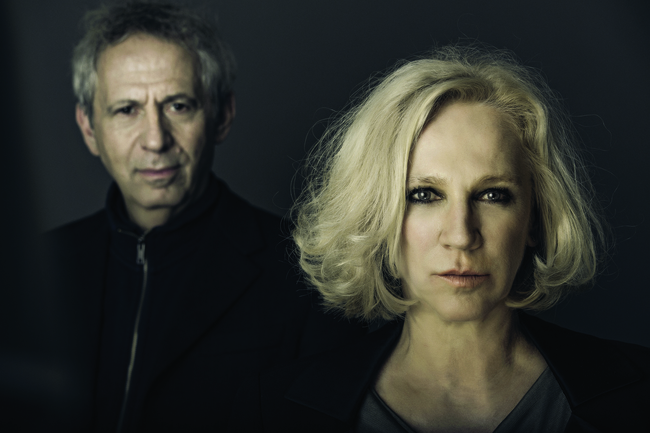 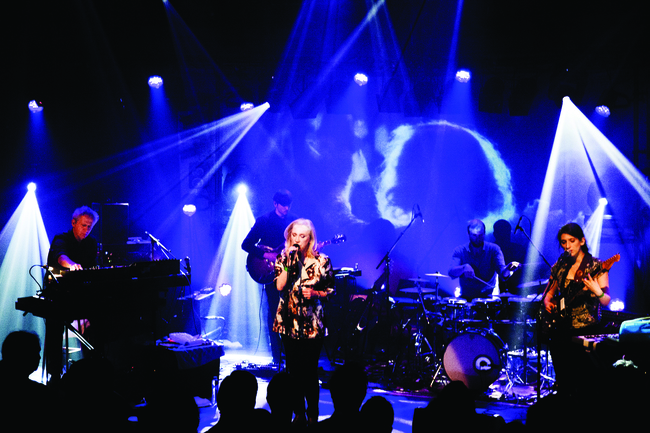 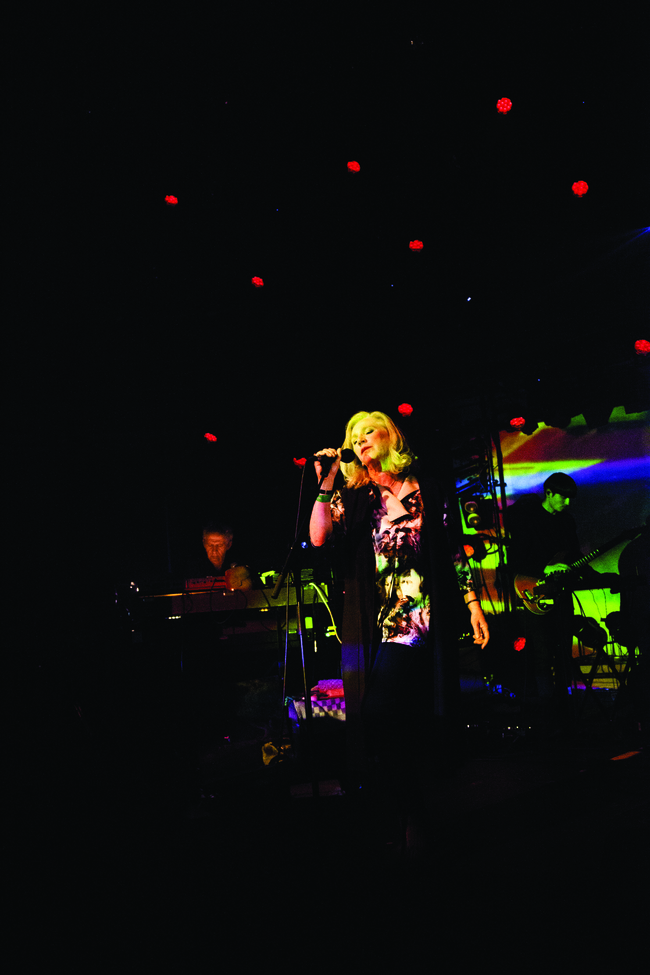 The more bands I come across, the more I’m convinced Belgium has an impressively creative music scene, way beyond its size. A local musician once told me that geography and proximity to different influences play a big part in that – above all inspiring versatility and an open mind in the arts. What’s your view on that?

Indeed, Belgium is on the border between the Latin and the Anglo-Germanic worlds. It’s a small, relatively young and fragmented country, open to many influences. National culture isn’t as overbearing as it is in countries such as France, Germany or Great Britain, so artists naturally reach out beyond the borders to look for inspiration.

With 2016 out the door, what’s the thing or event that marked the past year for you?

As an artist: preparing and playing the Aksak Maboul ‘Revue’ shows, for which we collaborated with two members of Aquaserge, Laetitia Sadier (Stereolab), Jaakko Eino Kalevi and Lucien Fraipont (Robbing Millions). Very intense, very exciting, a lot of fun was had.

As a label person: working on the preparation of a bunch of great albums, to be released in 2017.

And what are your wishes and plans for 2017 – personal, musical or otherwise?

We have a really busy and exciting release schedule at Crammed, with albums by Lula Pena, Aquaserge, Le Ton Mité, Yasmine Hamdan, Kasai Allstars, Juana Molina… Looking forward for people around the world to listen to and enjoy this record.

As a musician: Aksak Maboul will be playing more shows, and we’re writing new music, for a new album to be released in 2018. 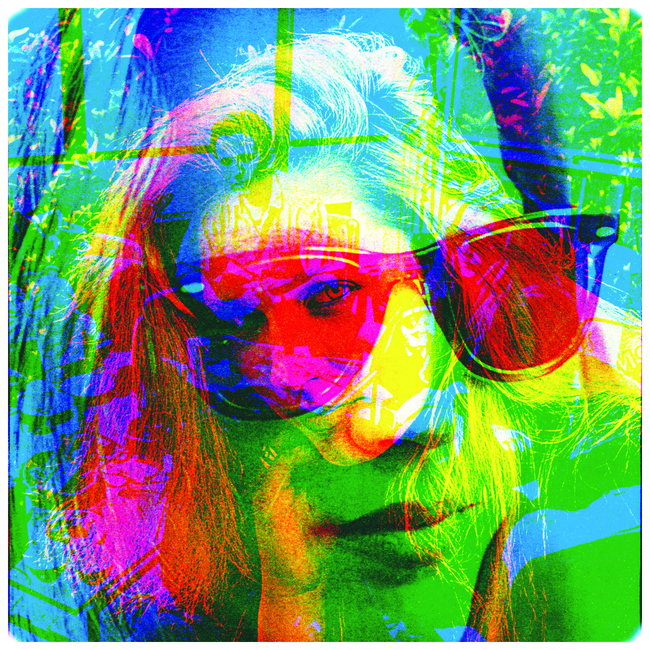 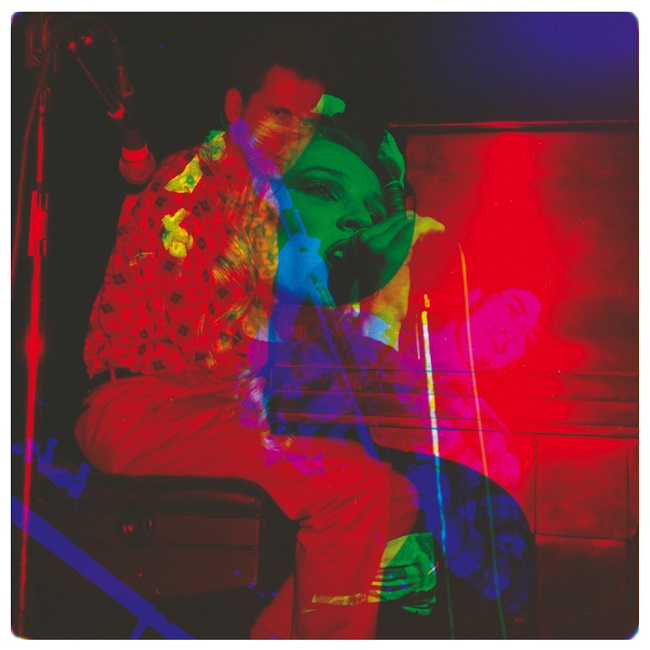 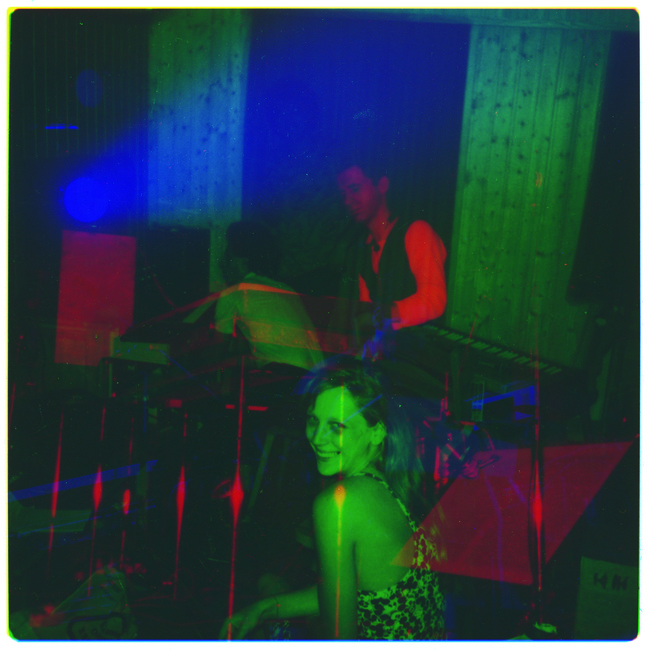 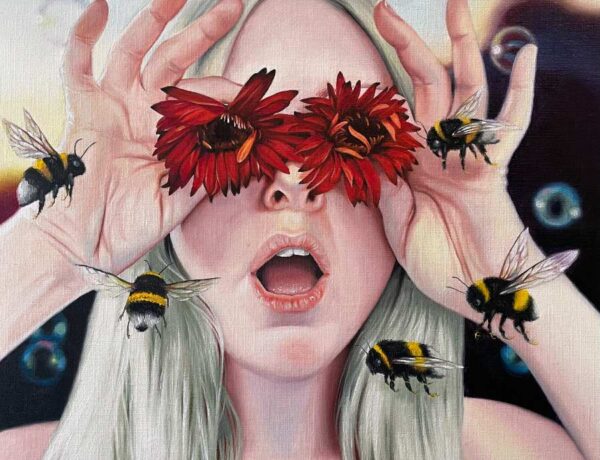 Read Between The Lines: 7 Stories About 7 Kick @ss Paintings 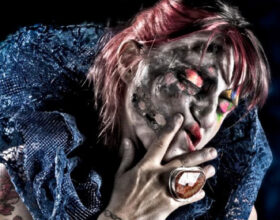 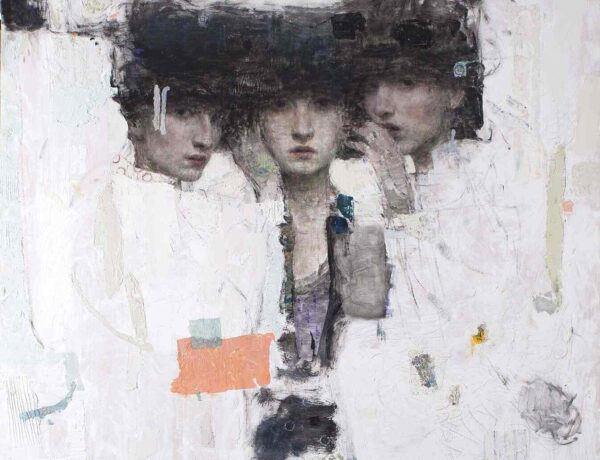 The Intuitive and Expressive Work of Ron Hicks