Striking, colourful composition is brought to life in Mo Awwad‘s Middle Eastern collages. Self-described artist and mediator with a “body stuck in Jordan” but a “soul roving between galaxies”, Mo’s digital creations bring a unique perspective to life. His work often questions religious and social structures, from Catholicism to Islamic traditions, although he says that despite perceived danger in the East by international communities, he has not faced any political resistance or social obstacles in what he does or believes in.

“It is relatively challenging to endure the political situation and come up with non-offensive ideas that could be presented as art without triggering any back-fires which could make the situation more difficult. My collages are thought provoking and would urge viewers to think about the meaning behind each figure, but sometimes a little verbal description must be associated with the collages.” 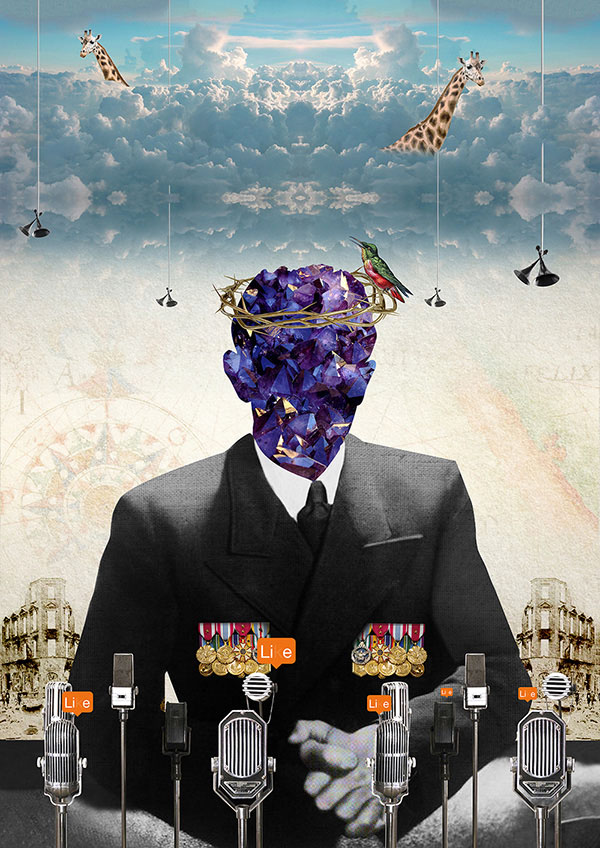 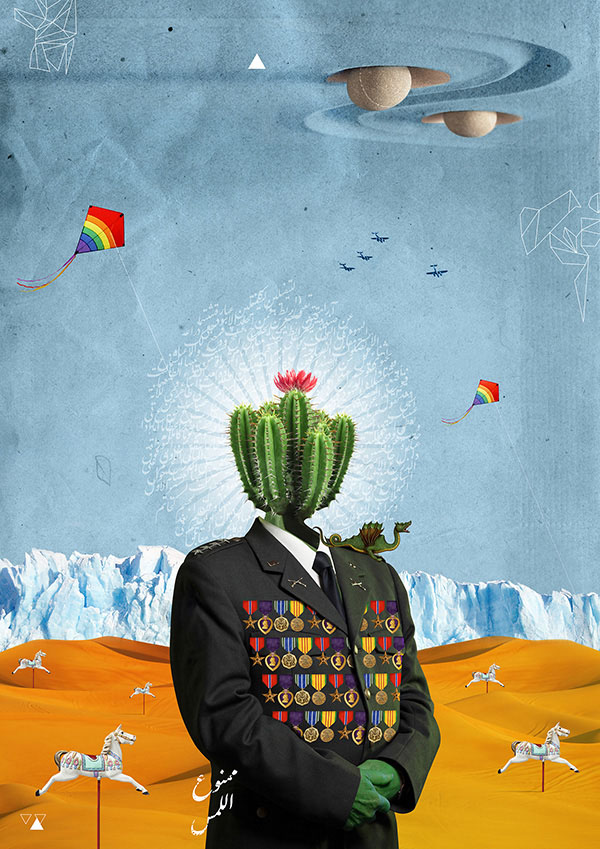 Mo Awwad was fascinated by drawing early in life and began imitating cartoon icons and characters in his childhood. “Then,” he explains, “I started drawing portraits of my brothers and close friends, which improved my skills and lead me to take the decision to study art in Egypt as it is considered the fountain of arts and talents in the MENA [Middle East/North Africa]  region.” He adds that there are many deeply talented artists in the region who are versed in all aspects of creativity. Having said that, the type of collage work he does is rather original, mixing elements of print patterns and outdated magazine picture cuttings with both old and new concepts and imagery to create a picture that often asks a question about today’s societal mores.

“I am heavily influenced and inspired by titans such as Salvador Dali, Antonin Gaudi and Picasso – those are artists who have had a positive effect on me. The human view point in Gaza, women’s rights in Saudi Arabia, and world pollution or global warming are some of the main topics which have caught my eye, and which I explore through the art works I am doing. One of my collages is titled Ego, and it reflects the situation of women in Saudi Arabia who are dominated by male guardian or superior.”

Some of Mo Awwad’s favourite pieces created are Rituals of Ecstasy and Ego. He says viewers welcomed the idea behind these collages, and understood his message and concept. “This caused a lot of happiness, comfort and self-satisfaction,” he says. Last year, Mo held a solo exhibition called Optic Vibes. He is currently exploring new options for international showcases, and plans to create a new series of collages in 2017.

Look forward to surrealism wrapped in kaleidoscopic dreams. Find more of his work on Society 6 or follow him on Instagram. 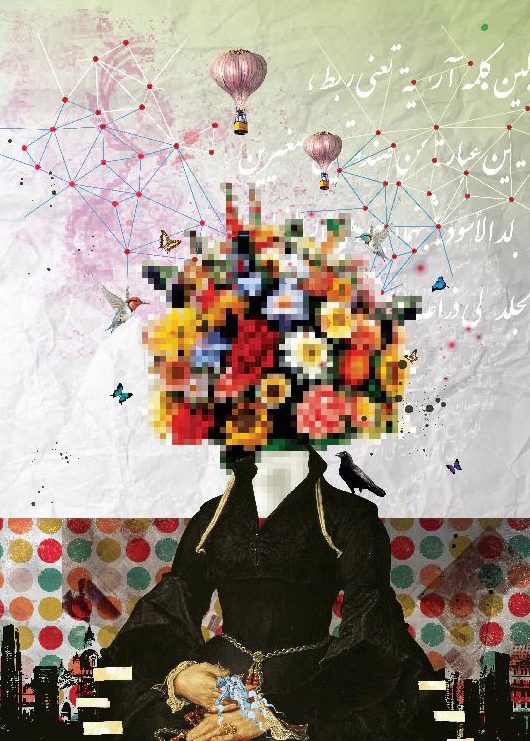 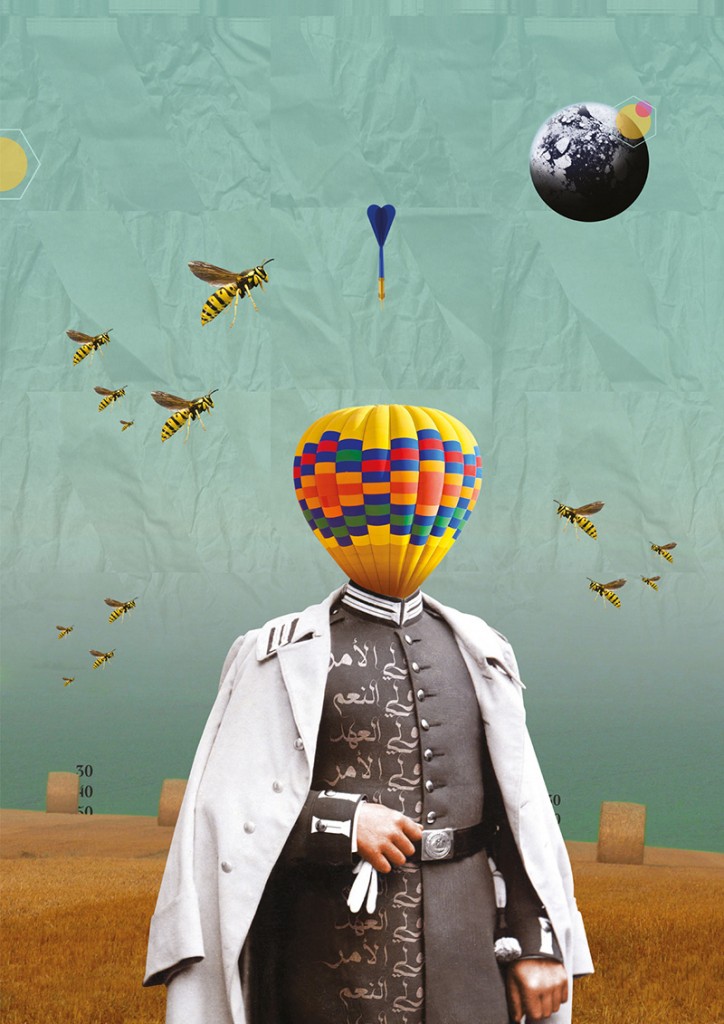 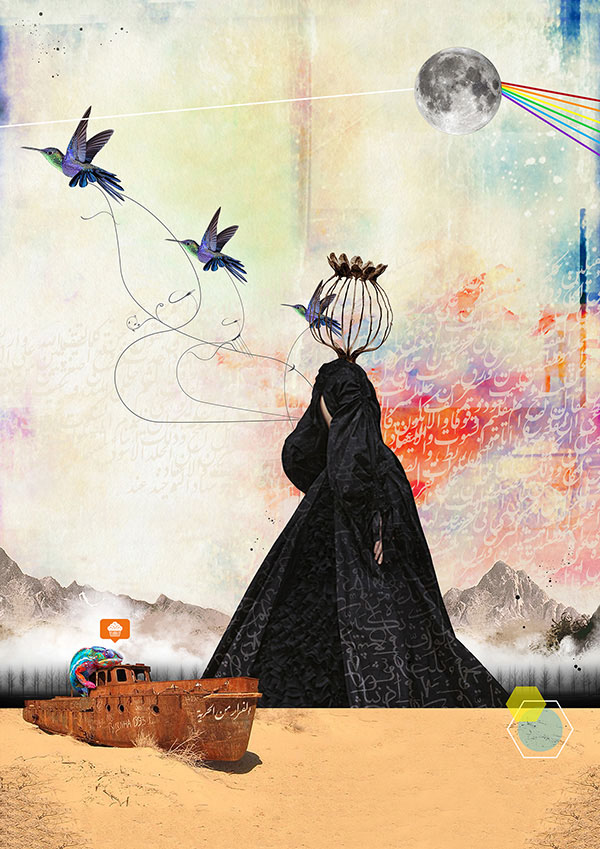 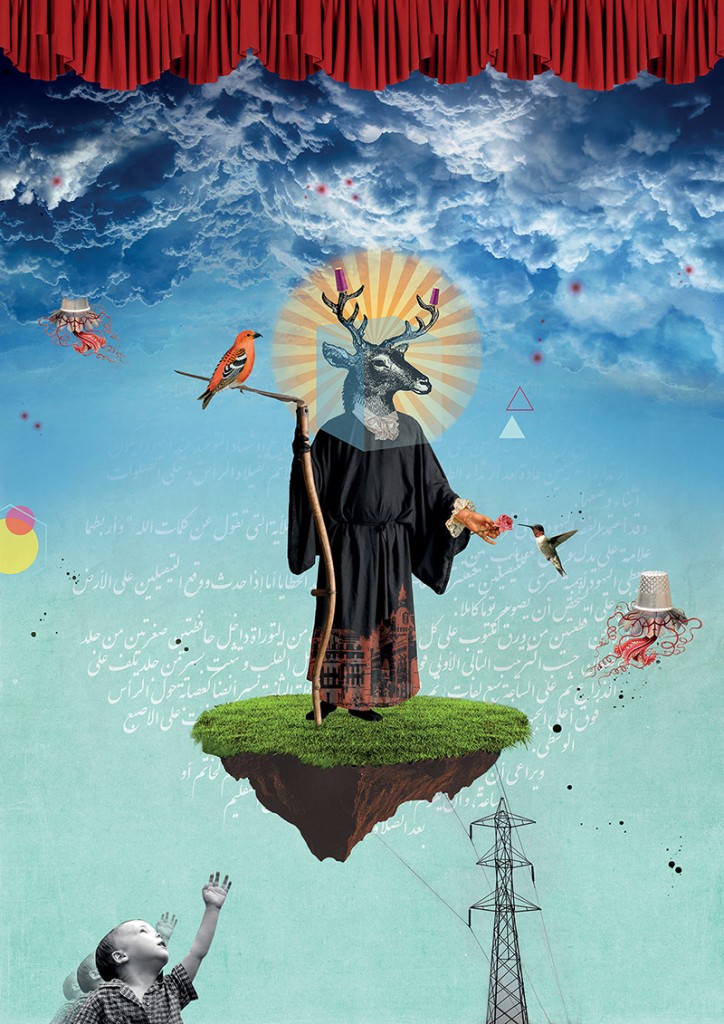 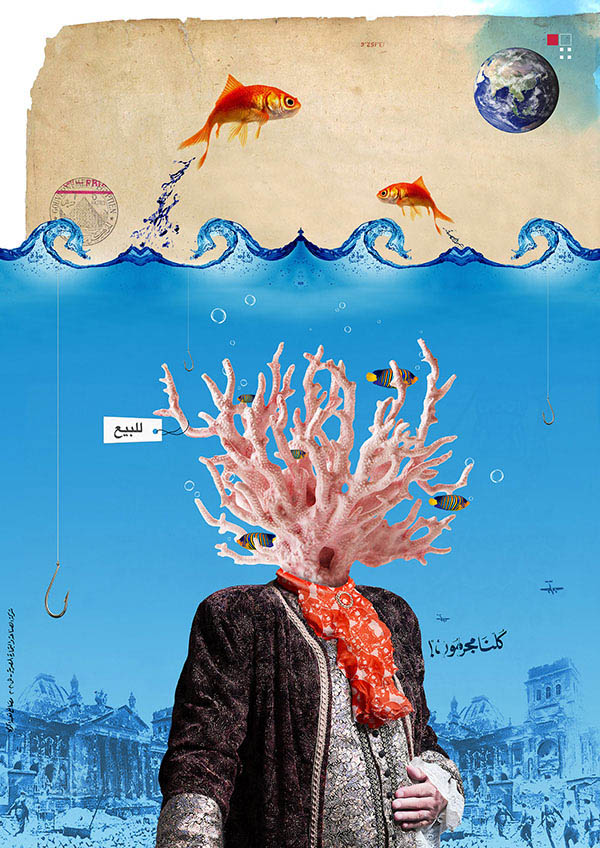 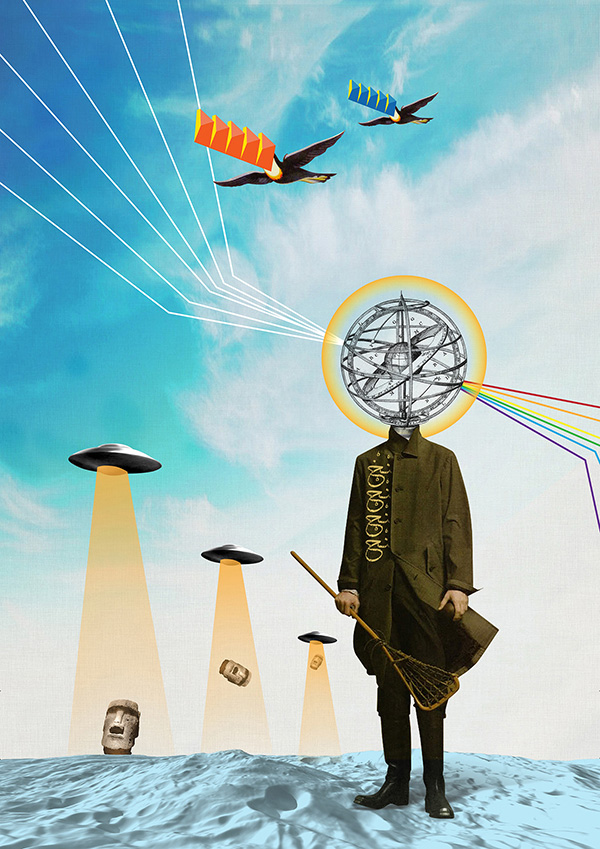 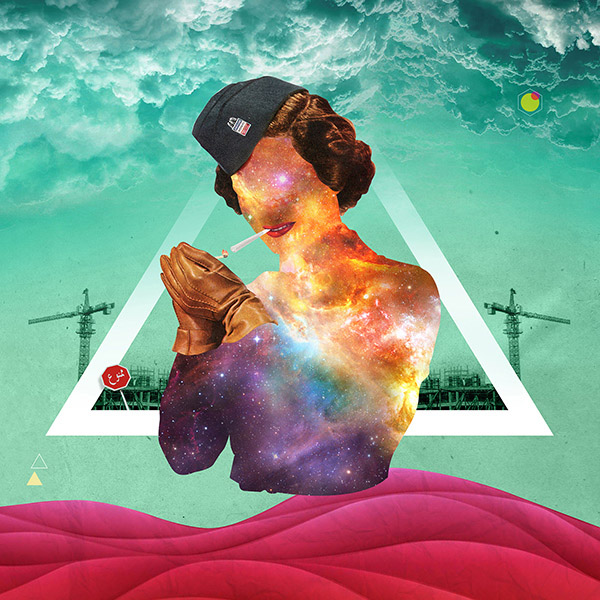 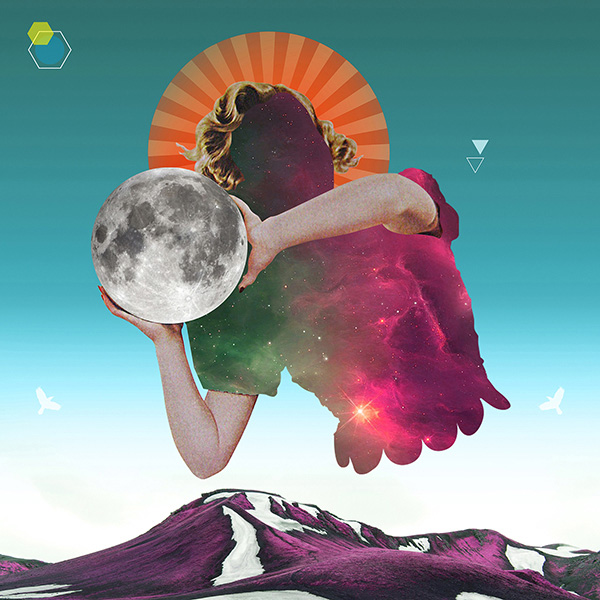 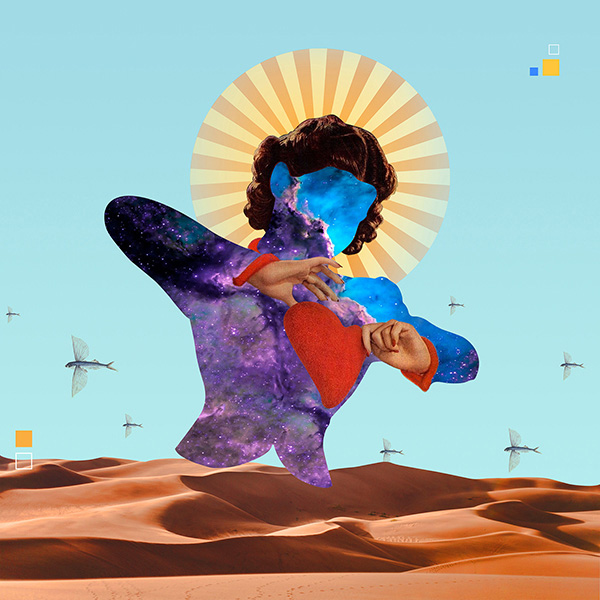 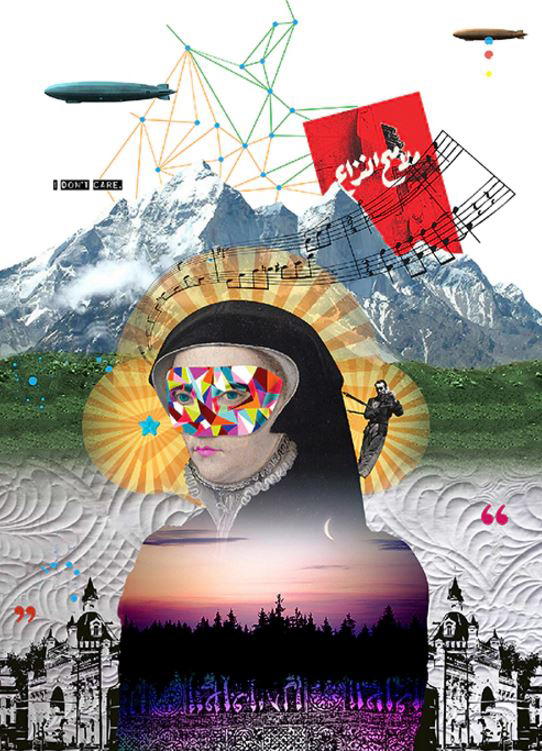 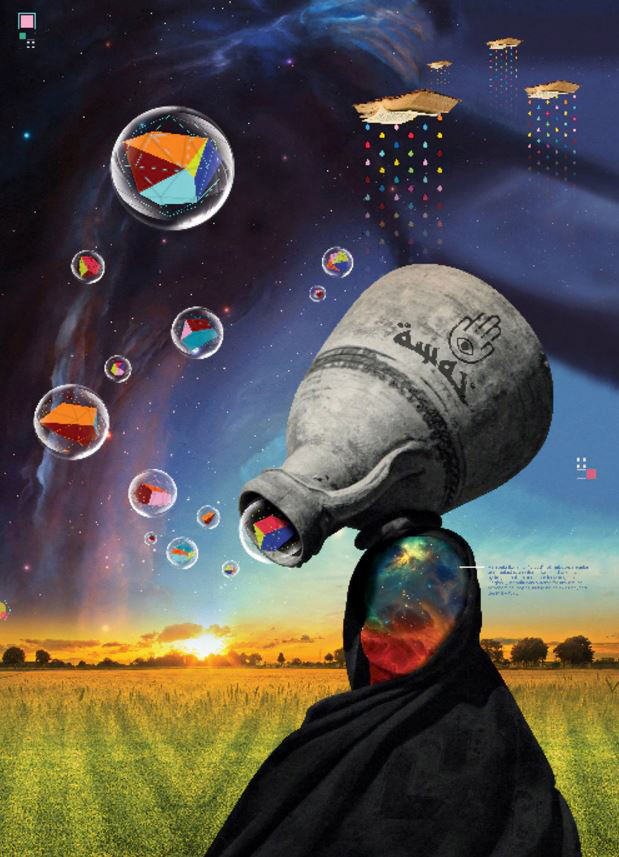 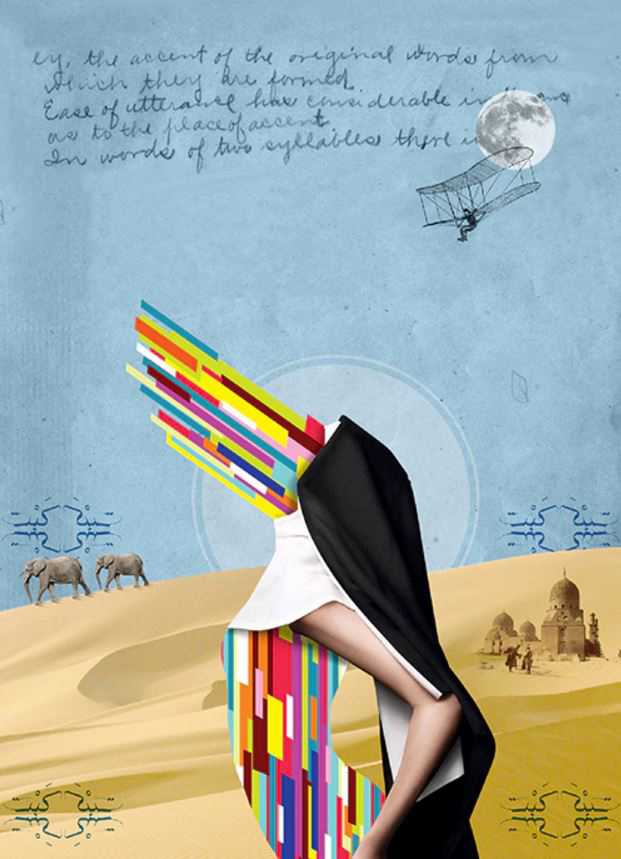 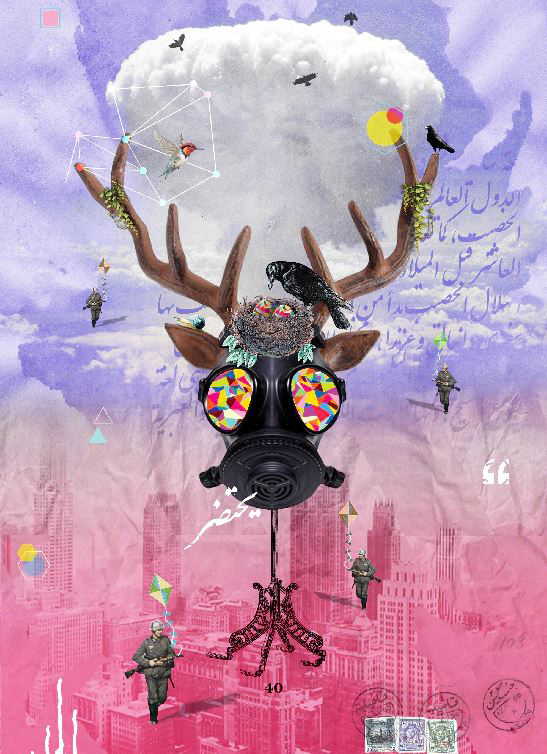 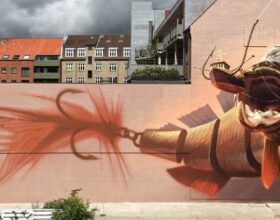 An Intergalactic Encounter with ONUR & WES21 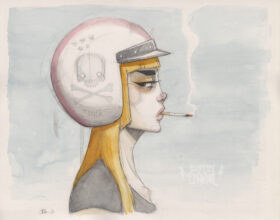 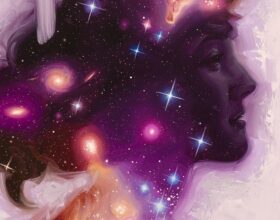