Liza Burkin: O, The Things You’ll Find By The Side Of The Road

Liza Burkin is the author of “O, The Things You’ll Find By The Side Of The Road And Other Bicycle Poems”, a chapbook released in Newport, Rhode Island this past November. The self-published book contains thirty pages of baikus (bike + haiku =”baiku”) and other poems printed on toned pages. With a laser-cut soft over, the poems serve as recounts and a record of experiences Liza Burkin has experienced while on her travels via bicycle across New Zealand and Japan in 2016.

Each poem is dated with the time of conception while on her biking trip while spanning the course of five months. Sometimes intimate, sometimes humorous, and always visually descriptive; Liza’s poems are accompanied with author provided photographs and line drawings by Pia Peterson.  A New York writer and artist, Pia’s fun, spontaneous illustrations lends themselves well to sharing pages with the poet’s uninhibited writing. 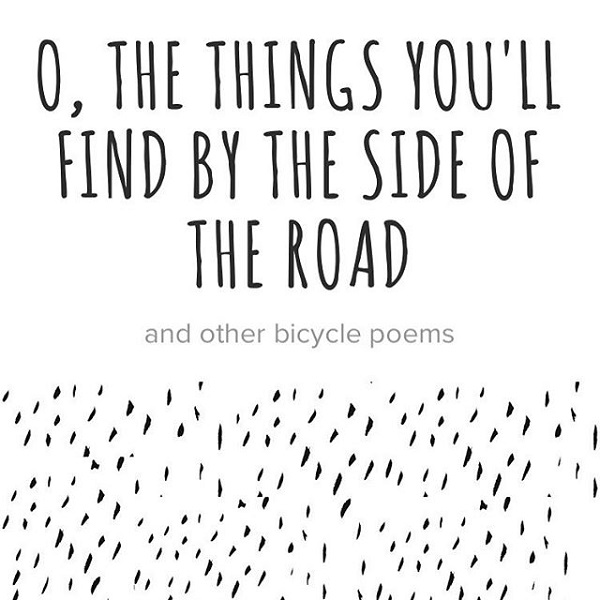 As an avid bicycling advocate,  Liza is a pedicab by day and promotes the use of bikes as a main means of transportation. Every day she proves to the world, and to herself, that it is possible to cultivate a car-free lifestyle. Liza’s next traveling excursion begins January 2017, where she will bike the Baja Divide. Perhaps another collection of poems is in order? Purchase the chapbook “O, The Things You’ll Find By The Side Of The Road And Other Bicycle Poems” and follow Liza Burkin’s upcoming cycling adventure on Instagram. 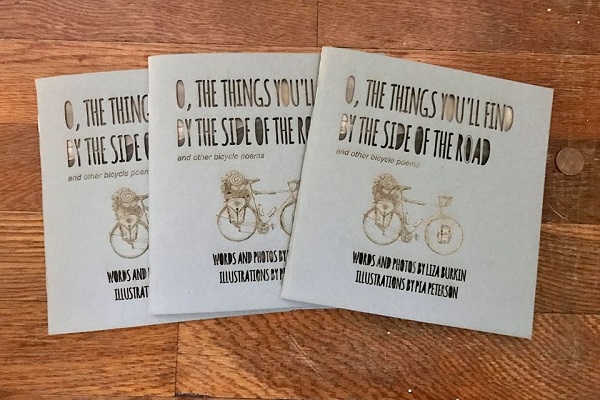 O, THE THINGS YOU’LL FIND BY THE SIDE OF THE ROAD

An excerpt, by Liza Burkin

O, the creatures you’ll see squashed in the street,

sometimes so smushed all you make out are feet:

The squirrels and the rabbits and even the toads,

In New Zealand the kiwi are brown piles of muck,

In Newport the gulls become all feathered gunk,

and pray that you don’t roll over a skunk!

I wonder what species I’ll see in Japan

and what kind of roadkill’s in Laos or Thailand?

At home when I drive I’m always in fear

of crashing broadside into a deer,

So two wheels and no motor just cannot be beat

for the creatures you’ll see squashed in the street. 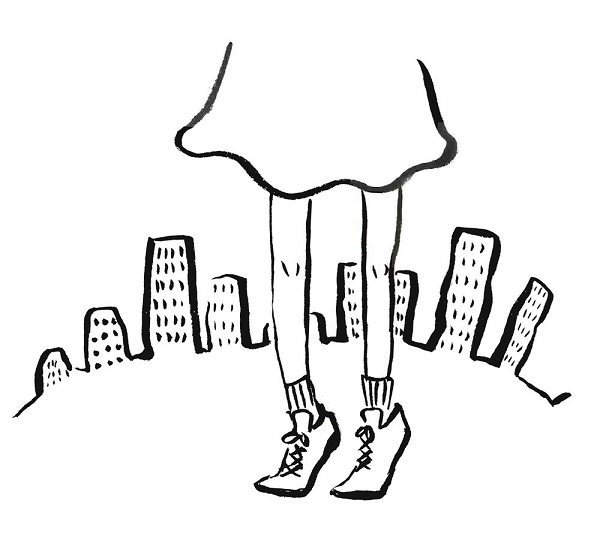 Tell us a little about how to got into bike advocacy and what it entails.

Unfortunately, for the last 50 or 60 years we as a nation have prioritized the fast passage of cars over the safe passage of people. Bike advocacy is all about reversing that mindset. Shifting more people out of cars and onto bikes for local travel can also have a huge impact on climate change mitigation. We know that 30% of carbon emissions in the U.S. come from the transportation sector, and that 50% of all trips are three miles or shorter. It’s insane to get in a car to drive that short of a distance!

I’ve loved riding bikes since I was little kid, but I really got into the lifestyle while in college in Madison, WI. Madison’s entire city infrastructure is built around bicycling – they even snow plow the bike paths in winter! There, it was absurd not to ride. I quickly realized how safe, liberating, convenient, affordable, and healthy it is to use a bicycle for every day transportation.

When I moved to Rhode Island after college to be a pedicab driver in Newport, I saw immediately how far behind RI was in terms of safe and separated bike infrastructure. That led me to my job at Bike Newport – a nonprofit that improves and encourages bicycling in and around Newport. I worked there for 2.5 years organizing programs, events, and managing communications until heading off on the bike tour to New Zealand and Japan that produced these poems. I also started Women Bike RI in 2014, which connects female-identifying cyclists around the state and offers an inclusive space to talk and learn about bikes.

If anybody is “bike-curious” and wants to learn more about how to make the switch, please don’t hesitate to get in touch with me. Your wallet, your body, and your environment will thank you! 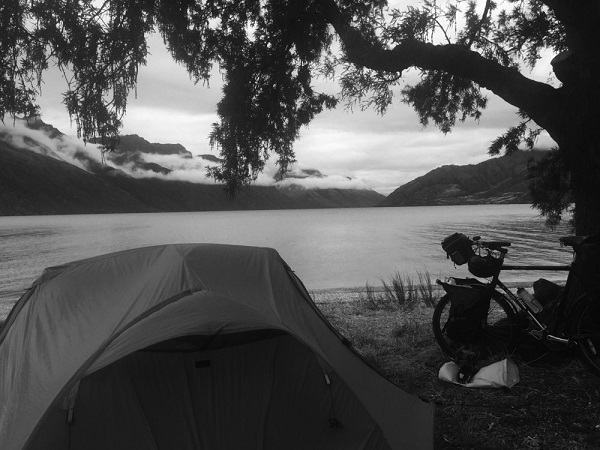 Your bicycle poems stimulate strong mental visuals and often reference environmental concerns. How do you hope that your poems impact readers?

I just hope my poems inspire more people to ride! In my opinion, there is no better way to travel – walking is too slow and driving is too fast. Biking is just right. You really experience the contours and beauty of the land, and local people see you as vulnerable and interesting, which results in extreme generosity. We constantly are offered places to sleep, food to eat, and experiences that we would never have if traveling more traditionally. Obviously, it’s hard. Very hard – you’re out there battling nature, drivers, and the weight of your own gear. But I love it because it’s hard. It feels like an accomplishment and a crazy rambling journey all rolled into one.

And like I said above, it’s a way to move through the world – whether short or long distance – without negatively impacting the environment. Anyone concerned about climate change should be examining the ways they can change their personal transportation routine – whether by biking, walking, taking public transportation, or even just carpooling. More and more people are arriving at this conclusion every day, and we need to keep it going! 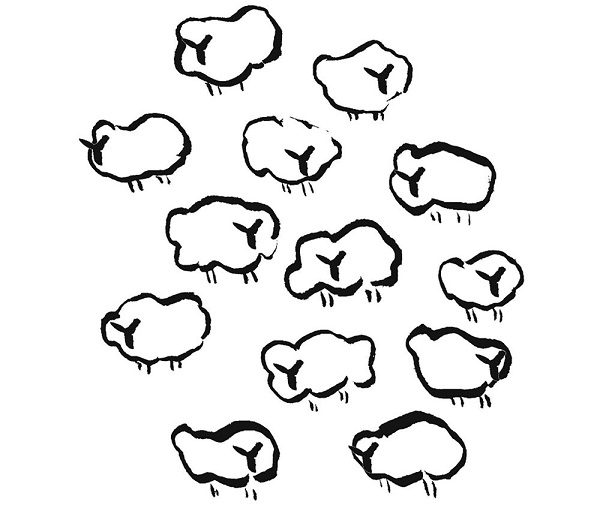 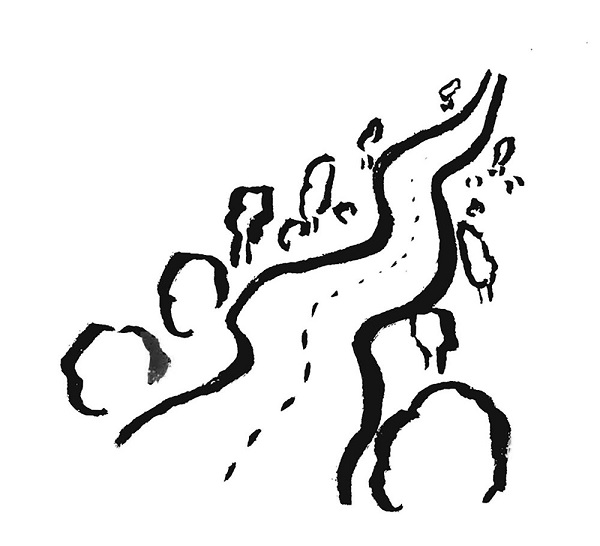 You’re going on another cross-country bicycle ride in 2017, what will be the length of the trip and where are some the stops you will be making along the way?

This winter my partner Tyson and I are tackling the Baja Divide, a brand new 1700-mile route from San Diego, CA to Cabo San Lucas, Mexico that is 90% off-road. It will take us between 6-8 weeks to complete. I’m really excited to cross the Mexican border on a bicycle – haven’t done that yet! To be honest I really don’t know where we’re going to stop, but some of the cities and towns along the way include Tecate, La Paz, and Todos Santos. I need to start looking at our maps… 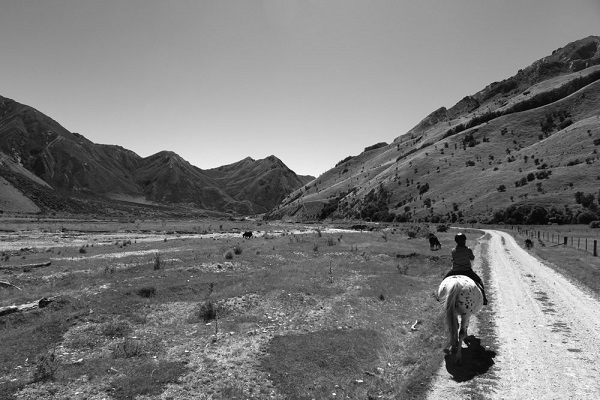 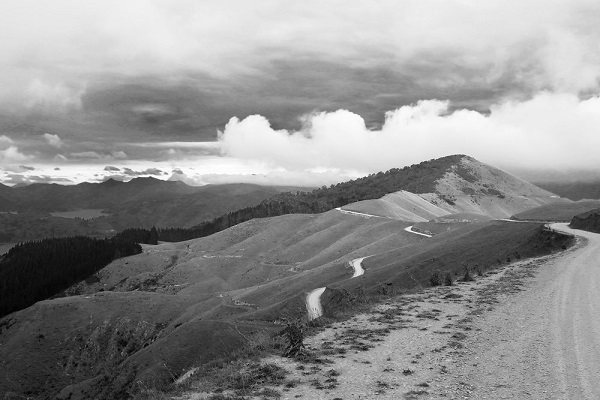 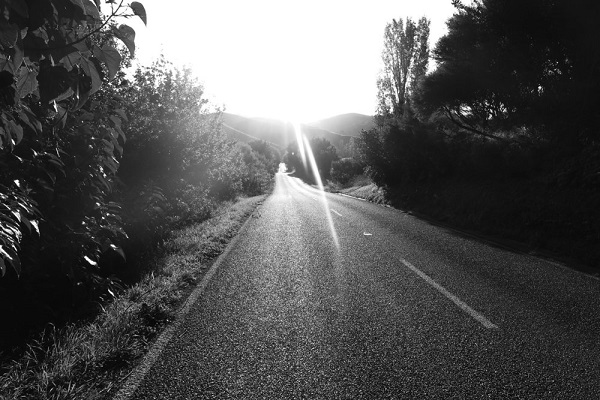 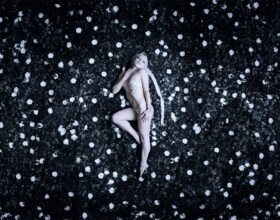 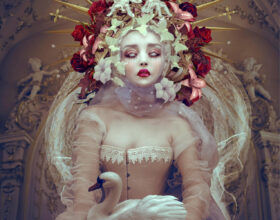 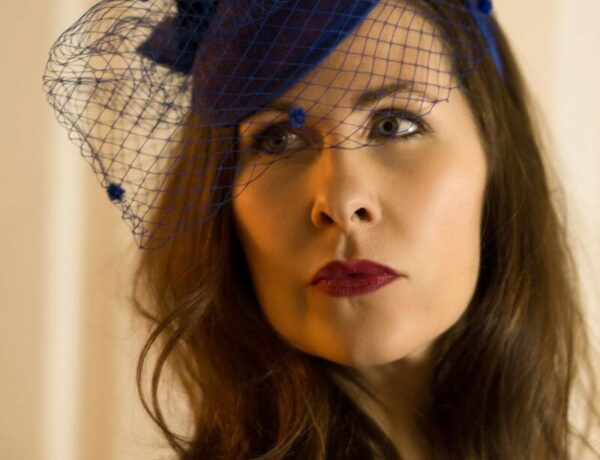 INSIDE ISSUE 34 // “I work on subjects that interest me, and I dig deeper. It's a matter of feeding yourself with information and then working on the ideas you have to see if they are interesting or just a one-shot. Most ideas will lead to others, which eventually might lead to a good one.”

Read our article about @petitplat in Issue 34 of Beautiful Bizarre Magazine.