Laolu Senbanjo’s Intricate and Sacred Art of the Ori

Nigerian-born Laolu Senbanjo is a man of many talents and travels, although he currently resides in New York. He is qualified and has worked as a human rights lawyer, but once upon a time – as the story goes – he felt a calling to creating beautiful and unmistakably African works of art that spanned across all five senses and since then hasn’t looked back. His work is highly reflective of his Yoruba heritage, and his travels are reflected in his artwork, too. As a self-taught visual artist and musician, he often creates art based on the songs he writes and vice versa. His influences include the great Fela Kuti, Sade and King Sunny Ade, and artistically he says he is often compared to Twins Seven-Seven.

“You will notice feminism, women and children are often present and common themes in my work, this is because of my work as human rights lawyer in Nigeria. I was impacted by the strength girls and women have shown me. I weave stories throughout the lines and patterns in my works.”

Most recently, Laolu collaborated with Beyoncé on Lemonade, through his Sacred Art of the Ori, a type of ritual body art that is said to facilitate a spiritually intimate experience. In Yoruba, Ori literally means your essence, soul and destiny. Laolu says that his art form is to draw what’s on the inside – your soul and inner being – on the canvas of your skin. This is a deeply spiritual experience for both the ‘work of art’ and the artist, creating an intrinsic connection between the two.

“It’s cathartic for both me and my muse. We connect our minds, bodies, and souls on a higher level. I paint their spirit and soul from that connection. It breathes life into us both.” 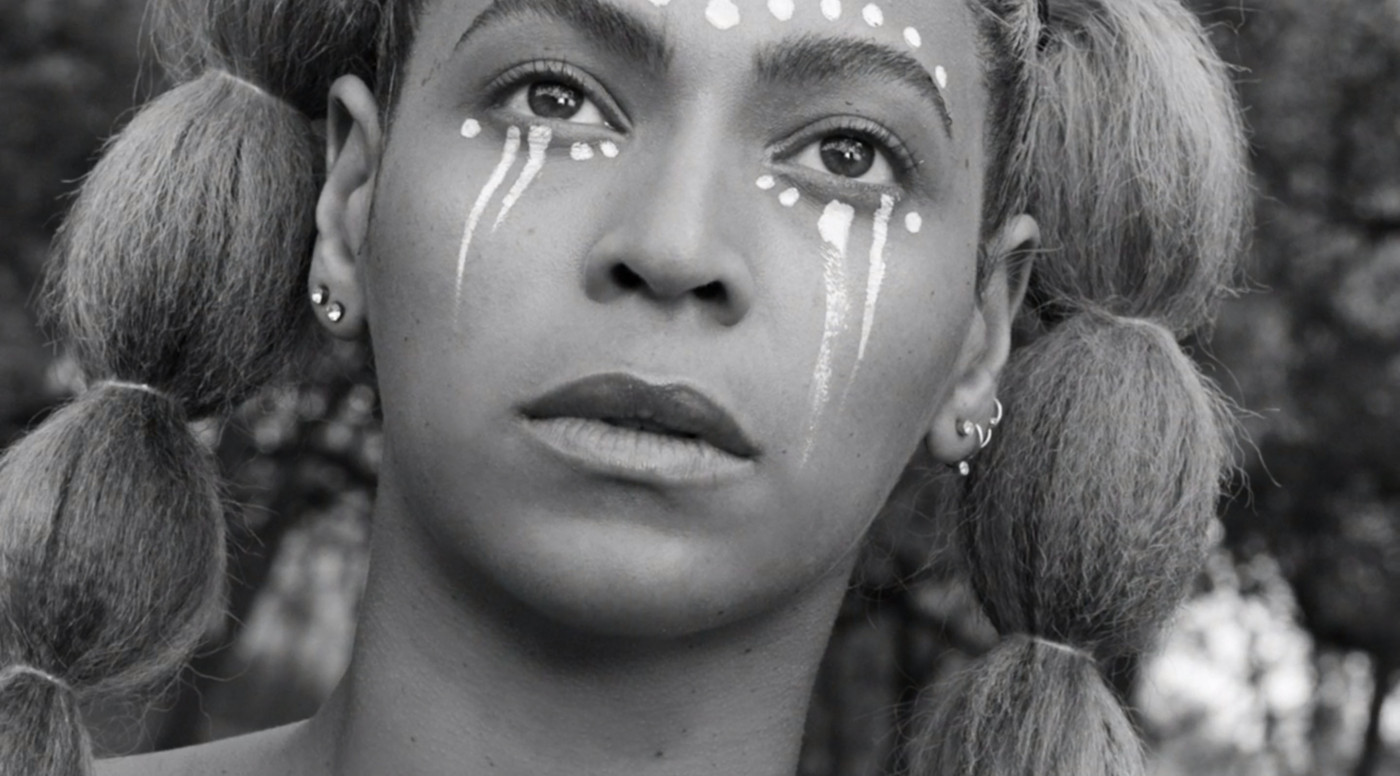 Added to this, his designs grace shoes, musical instruments, walls and various items of clothing, creating something unique and visually vibrant that take trendiness to a whole new level. His murals and canvases are intense, eye-catching, and deeply intricate. One of his recent works was a beautification mural in the East New York Community near New Lots Station. His ‘guitar tattoos’ are breathtakingly detailed, with rivulets of piano keys and notes drifting towards the edges of the instrument. This infinitely talented young man also dabbles in acting, and plays the role of Aminu in web series Assorted Meat. 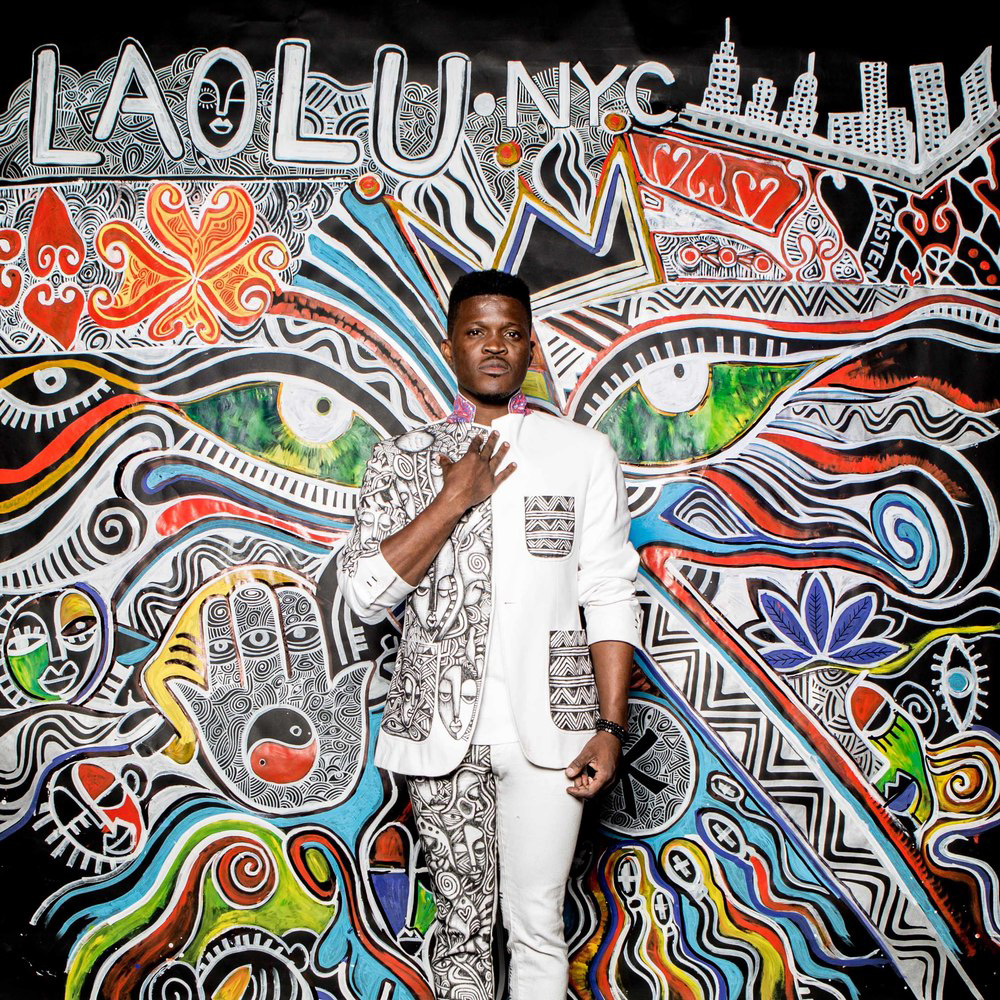 In 2016, Laolu has become one of the hottest commodities in the contemporary art world, with Nike selecting him as a Master of Air which saw him create art-inspired Air Max at the Air Max Con 2016. He was also named an ambassador for international fitness brand, Equinox, and he has custom-made matching sneakers for Queen Bey and Blue Ivy – as if he couldn’t be any cooler.

Ultimately, what he is truly passionate about is equality for all. Laolu Sebanjo is a committed advocate to social justice issues in Nigeria and the diaspora, and he believes strongly in equality no matter what race, gender, sex, education level or religion you have. His arrival in New York opened his eyes to myriad new issues, which can easily be seen reflected in his current work. He was recently interviewed by Elle South Africa, in which he explains how his background as a lawyer has influenced his art:

“I’ve created art for practically everything from women and children’s issues, political issues, like Bring Back Our Girls, Black Lives Matter, Teenage Pregnancy, the Fuel Subsidy Strike in Nigeria of 2012, Corruption in Nigeria, Elections in Nigeria and America (recently, Hillary), Police Brutality in both US and in Nigeria, life of Mandela, the loss of Madiba, and even things like Star Wars film premieres and Climate Change.” 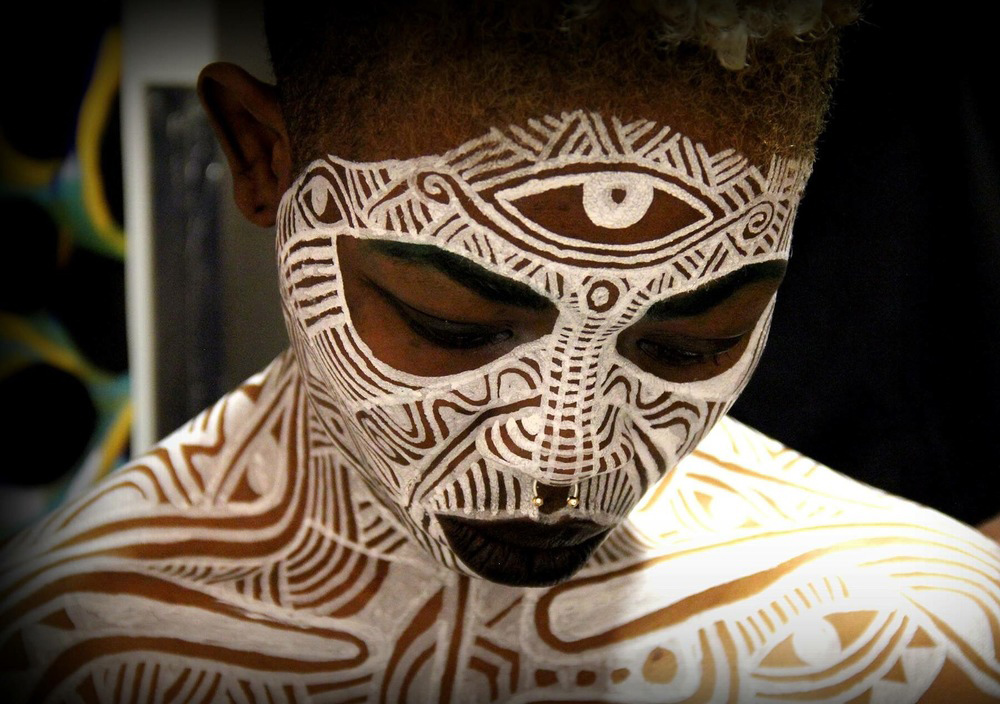 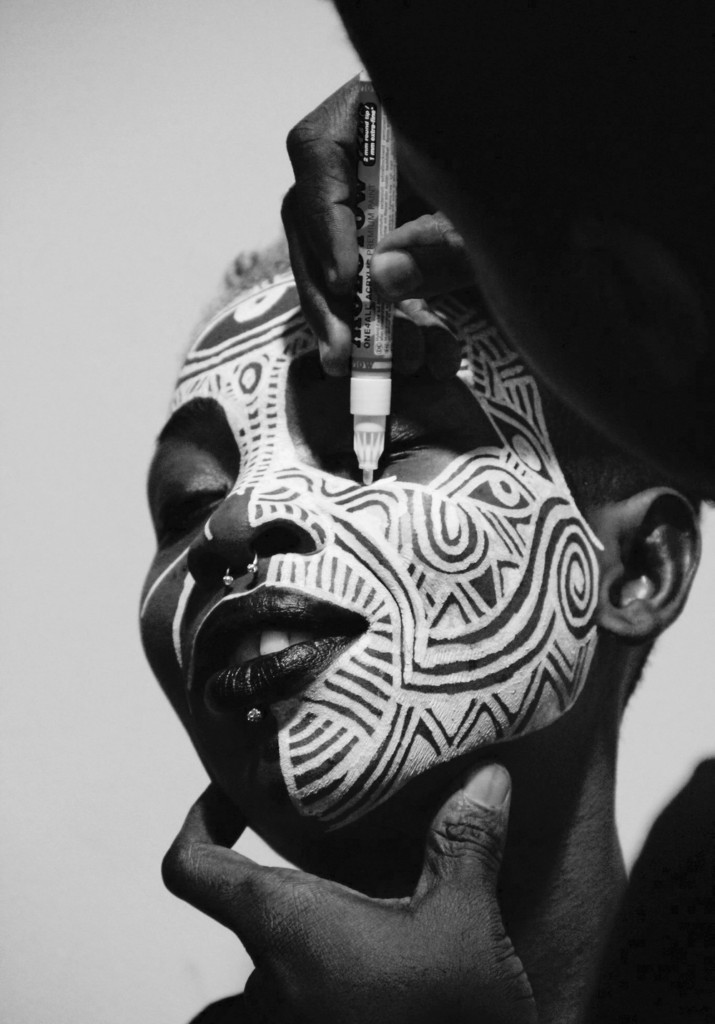 Laolu and his model in action (Photo: Aya Shanti) 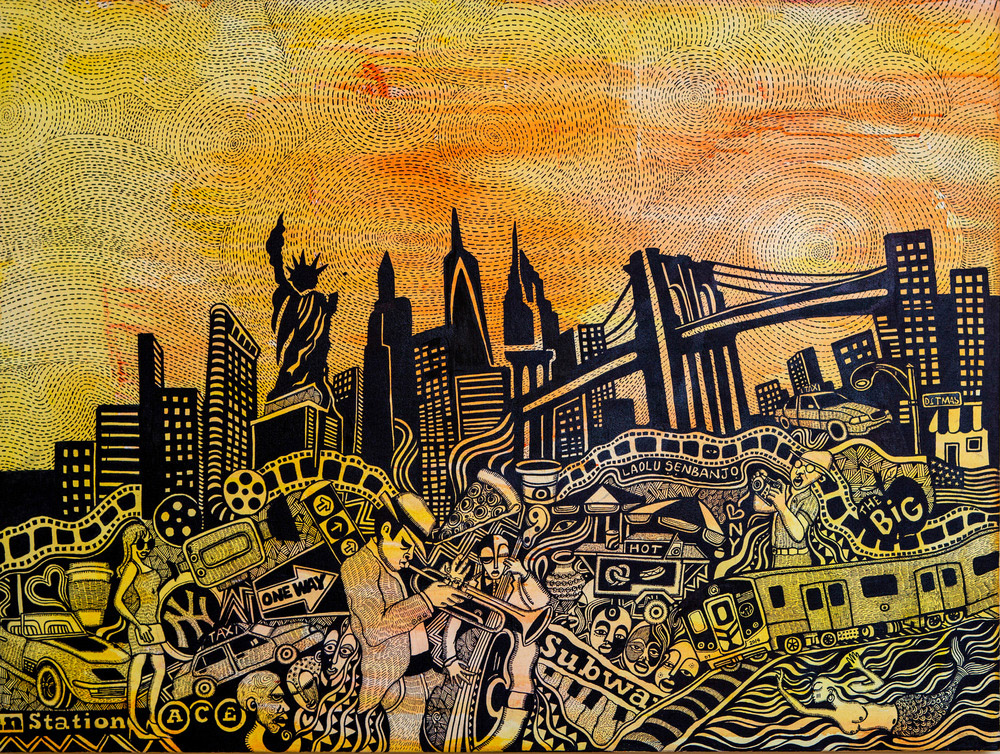 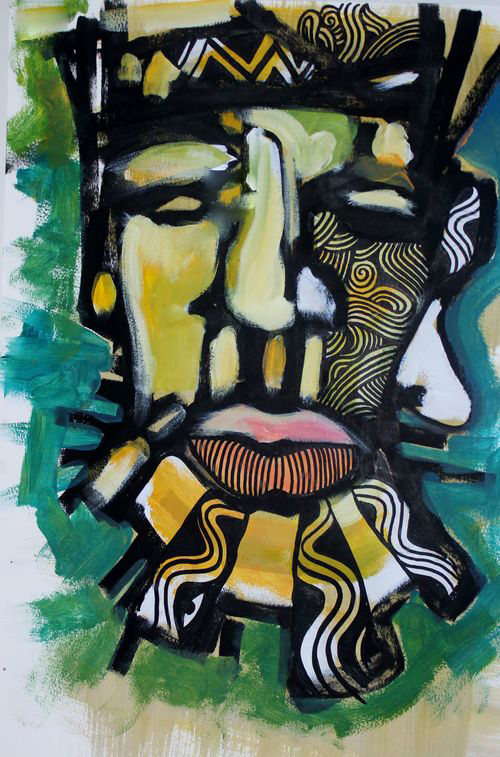 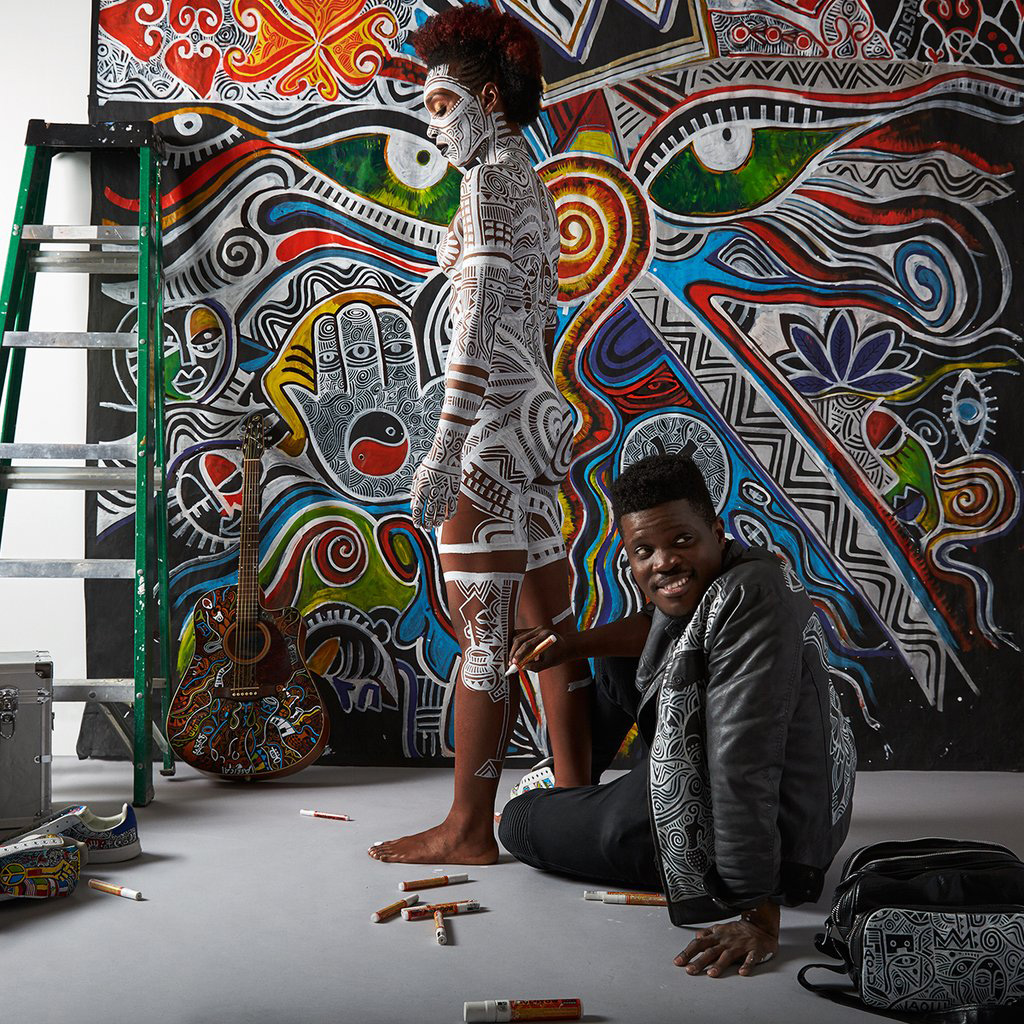 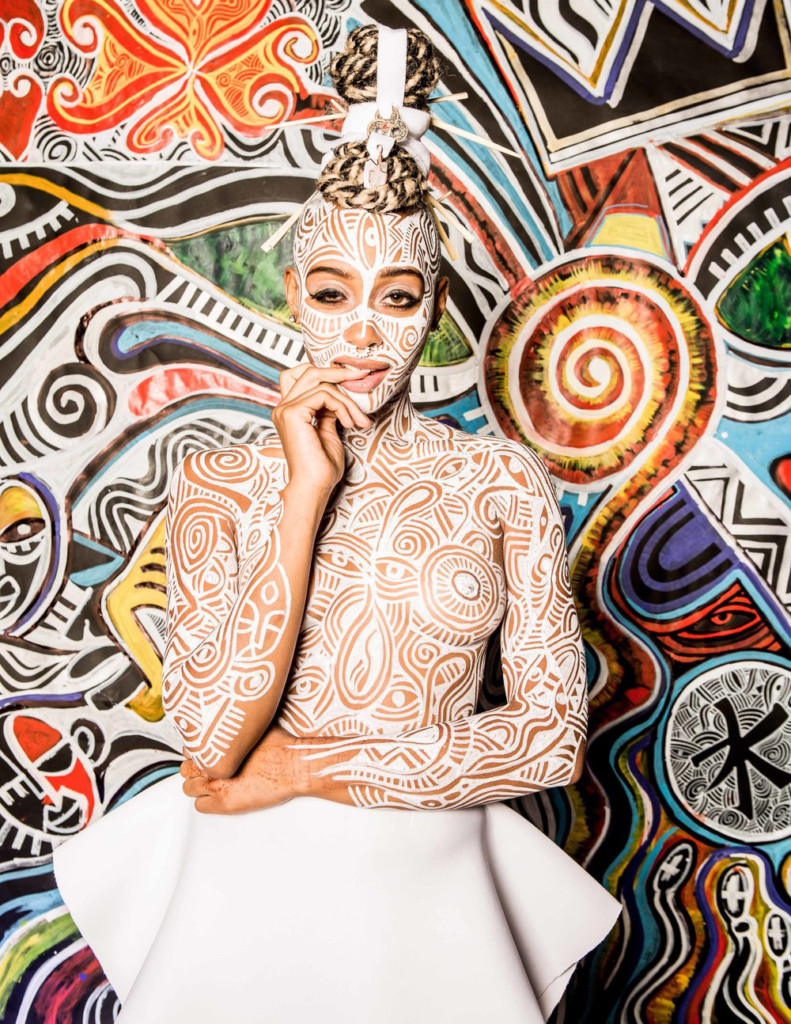 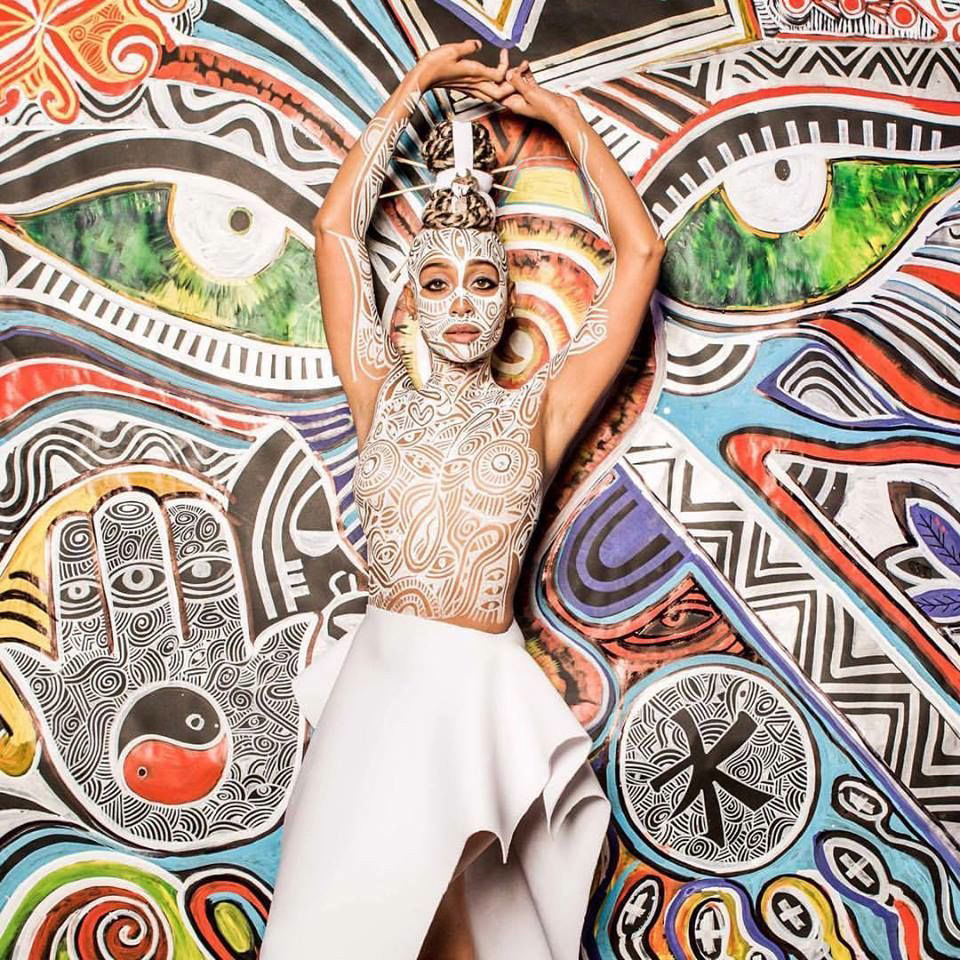 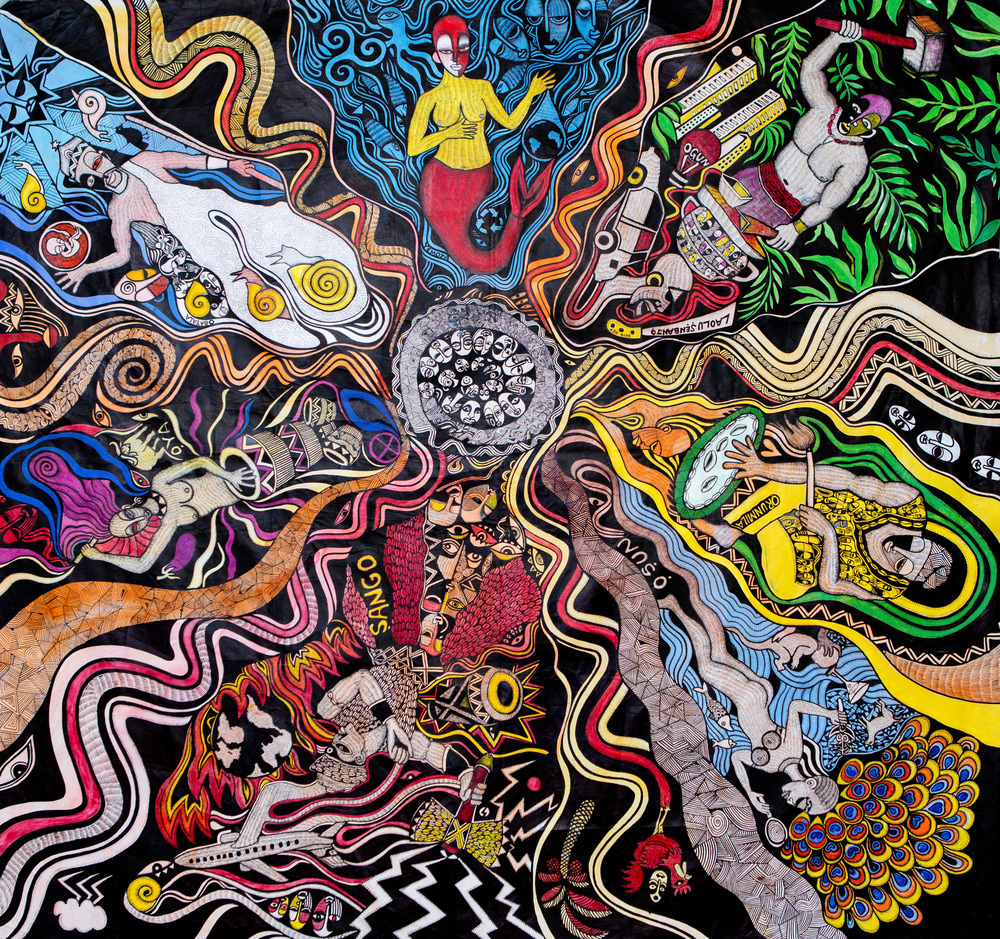 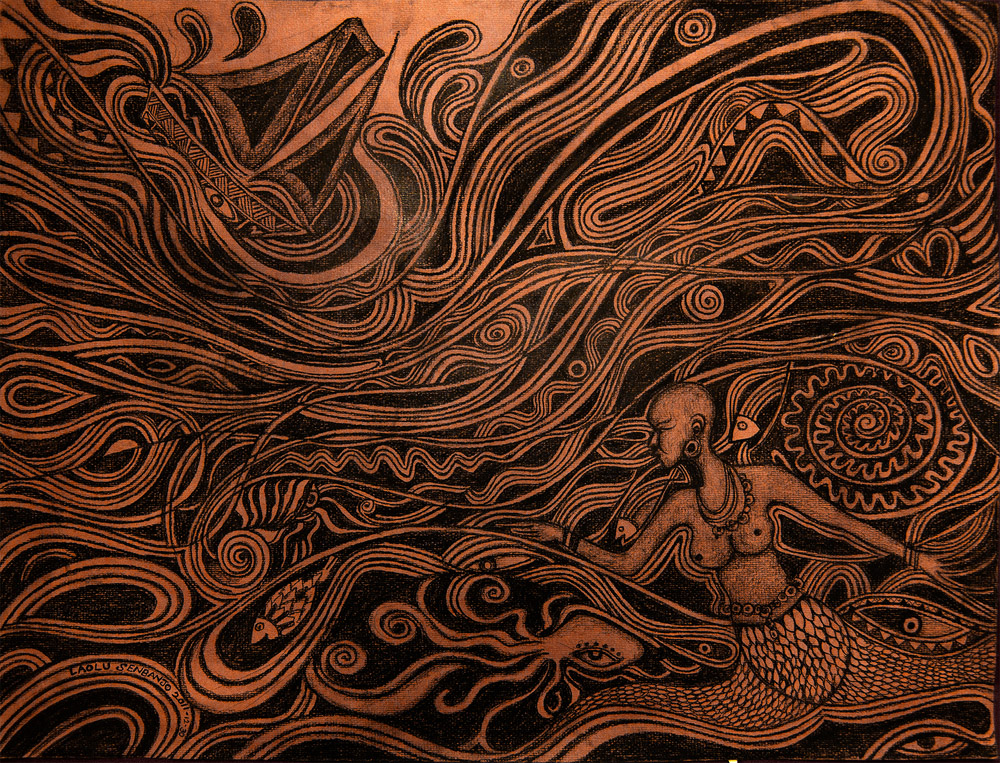 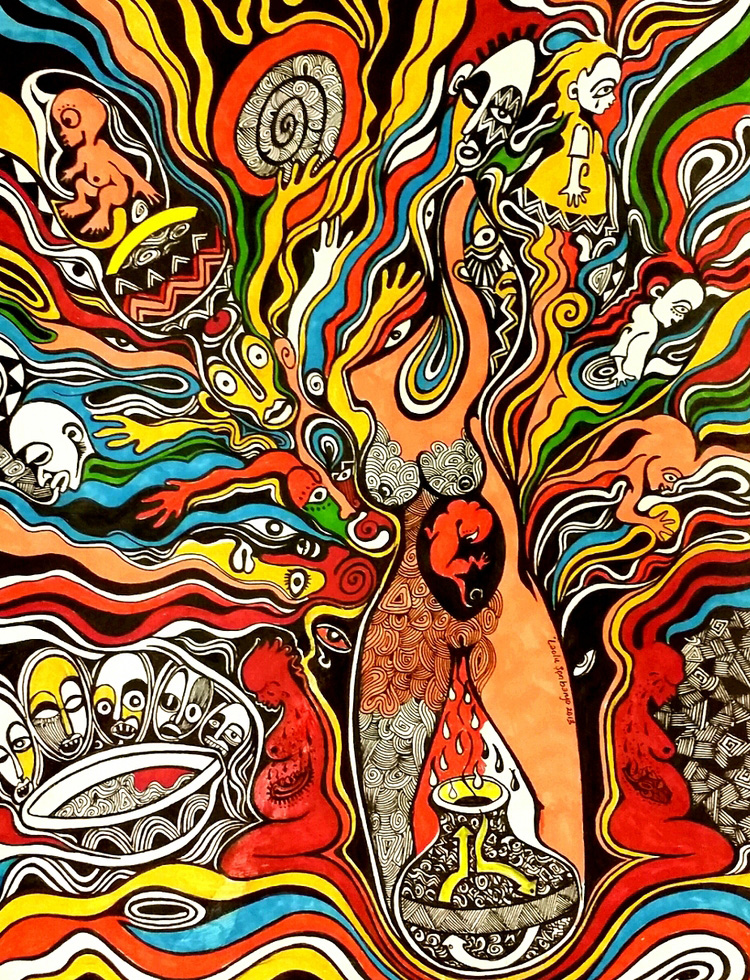 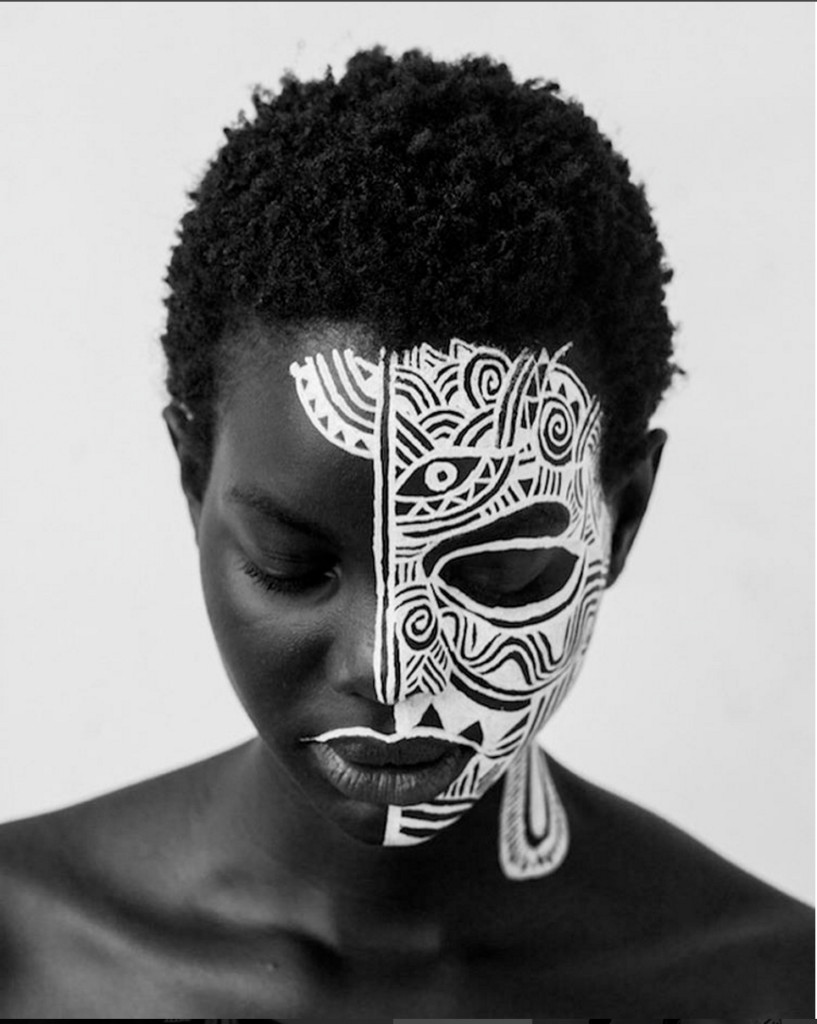 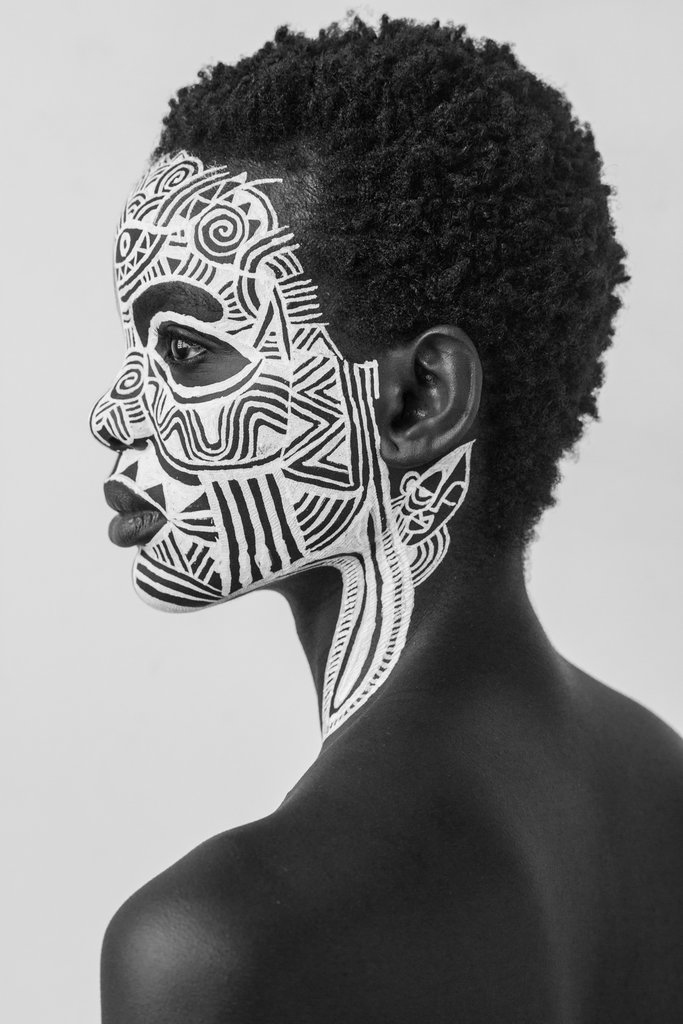 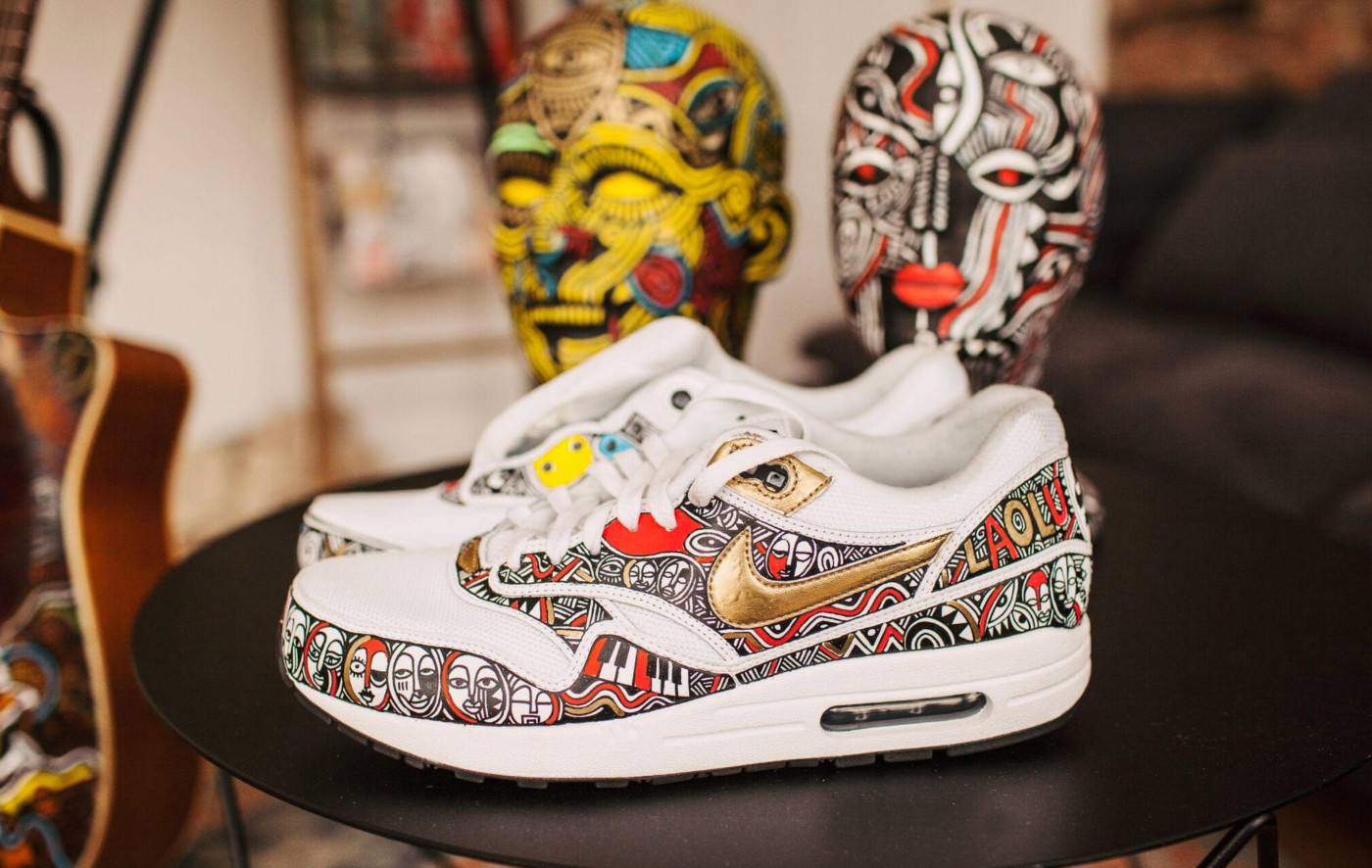 Laolu’s work for Nike, with some of his other creations in the background 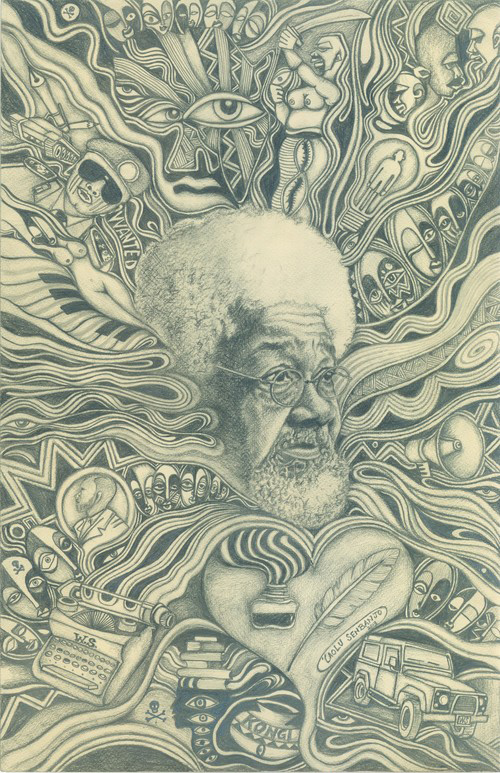 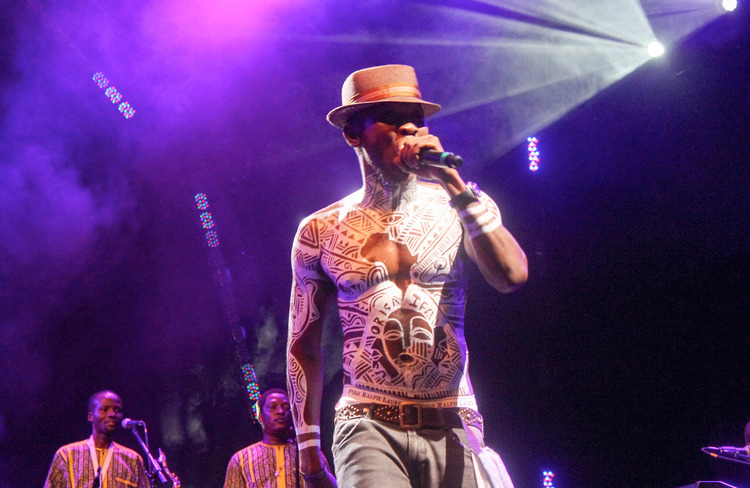 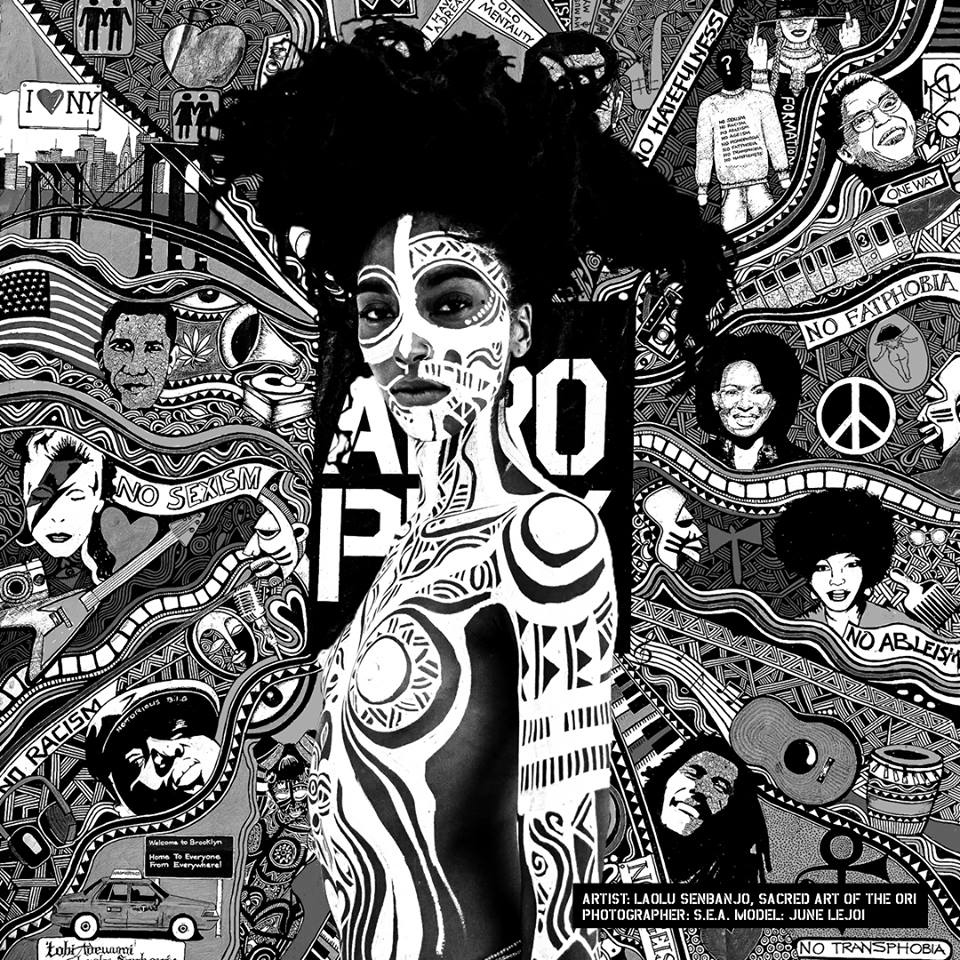 The poster for Afropunk’s recent event in New Orleans 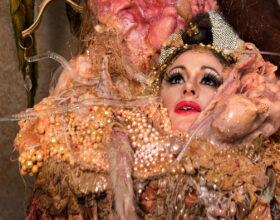 Spill Festival of Performance: On Spirit 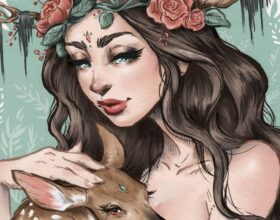 The Animal Connection: An Interview With Lydia Fenwick 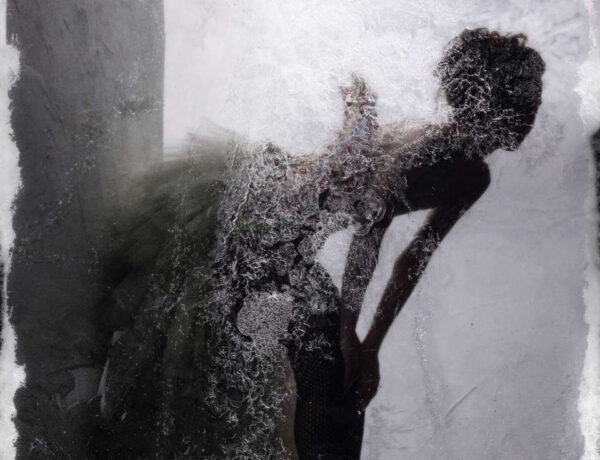 Stanislav Krawczyk: A Howl From the Depths