Over the past year, artists have used their voices and their skills to engage with audiences regarding the ego and antics of Republican nominee, Mr. Donald Trump… such as this piece by Sarah Levy as well as one by Illma Gore.

The United States is going through some interesting political times. It seems as though the presidential race is a reality show of sorts: two of the least liked major party candidates in recent history are battling for the position of Commander in Chief. Americans, world leaders, and citizens of other nations are watching this political storm rumble before their eyes, waiting to see what November’s election will bring. It could be said that the country is at a breaking point: corruption, racism, discrimination, economic inequality, a failing education system, and a constant threat of terrorism are subjects heavy on the minds of American citizens and popular in political discourse. Many people have been searching for solutions to these issues, looking to either Donald Trump or Hillary Clinton for answers and most of all, hope.

Artists have the ability to use their art as a platform, act as catalysts for change, and be a voice for the voiceless. While there is a group with the ideology that artists should make pretty things that are soothing for the eyes, there is another school of thought, which urges artists to provide a social commentary on current events and speak on social and political issues in a creative way. When pieces are made that exhibit a thoughtful and clever execution, people really notice and listen to the message. Whether they support that depiction or concept or not, they are still engaging with the work. 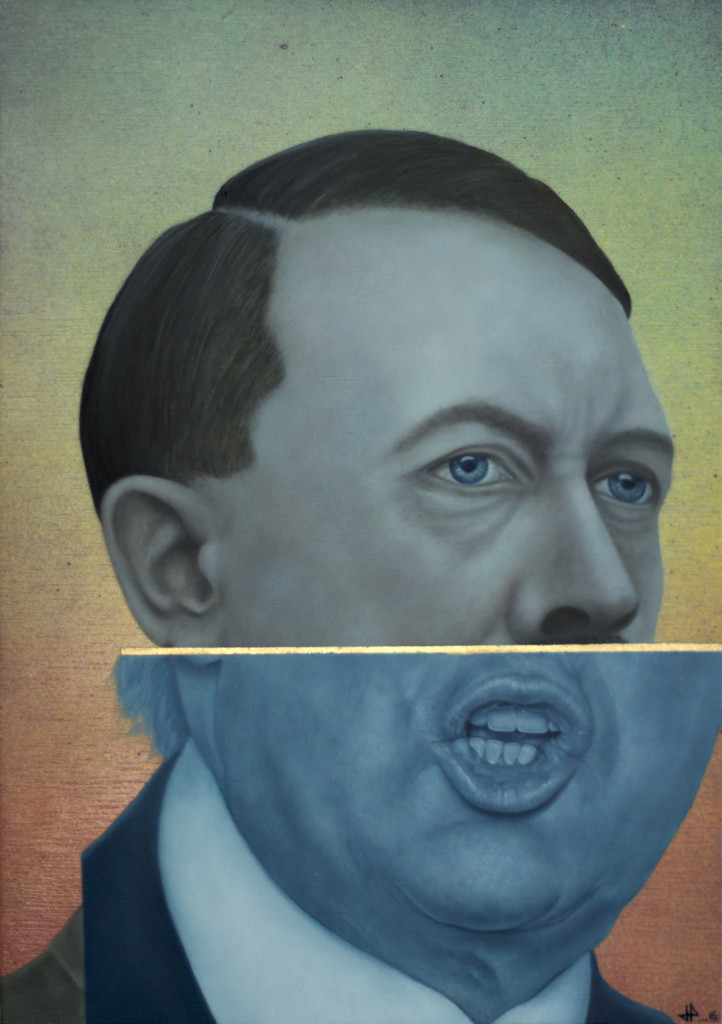 Johnie Thornton is a Los Angeles artist adding to the political commentary with his piece Do You Fear (For Your Child), a sassy depiction of the upper portion of Adolf Hitler’s face (his blue eyes and signature hair) and the lower portion of Donald Trump’s face (his pursed lips and jowls). This piece packs a powerful punch visually, as Johnie captures each figure’s likeness while showcasing his cool style. While the concept is simple in nature, viewers are aware of the point that Johnie is trying to get across. Both characters have exhibited some characteristics of racism and have been major players as leaders. Both Hitler and Trump have called for the mass deportation of a group of people, used fear mongering as a tactic, and used their political platform to divide instead of unite. Both ‘leaders’ believe in and promote a glorified past where their prospective countries were once great and only they alone can make them great again. Bolstering nationalism became more of a priority than human rights, in both cases.

Johnie’s artist’s statement about the piece:

“The decline of humanity begins with a single man and his desire for distinction. “I alone can save you” is a motto we should have learned to stray from by now… Yet somehow, many people are still predisposed to desire, or even require a savior to find reason in their existence. Desperately hoping for salvation. Today the U.S. Presidential race has begun to take on tones of Germany in the 1920’s. We have a “leader” pitting “us” against entire races, blaming them for “our” problems. We have a “leader” who encourages violence, hate, and segregation. We have a “leader” who says our country is broken, and he is the only one who can fix it! We have a “leader” who wants to deport people of a race that is becoming the new majority. All of these ideas have been tried and tested. They have failed miserably, taking many, many lives along the way. These fear tactics have been used throughout history to keep people in submission. This behavior and treatment of fellow humans has only proven disastrous in the past. However, the healthy reception of these ideas among many U.S. citizens is what the true concern should be. I have faith that we will not elect such a tyrant to office, yet the ugly underbelly of the U.S has shown it’s face. We can see that racism, segregation, hate, and bigotry are alive and well here in the U.S., and that is what should be truly worrisome.” 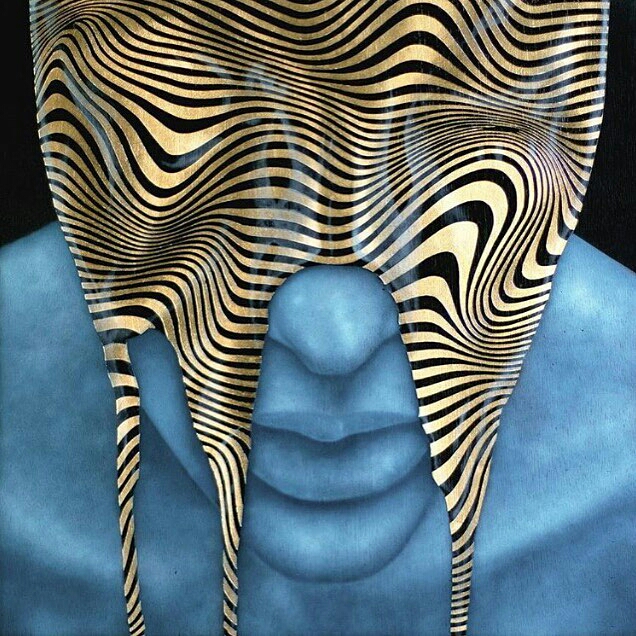 Firstly, you mentioned being attacked online by Trump supporters. What kinds of things did they say to you? How did you respond to them?

It started with people just saying the painting sucked or I was an idiot, but then people started getting horrible… One guy said I was a disgusting failure of a human and a terrible artist, several people told me to kill myself, I was called ugly, I was called a faggot, I was called a lunatic liberal, and I was threatened physically. Any common internet insult you can think of was slung at me. It was very interesting to me as the insults were very juvenile and emotionally charged, and mostly aimed at me rather than my work. Funnily, so many people attacked me for being a Hillary supporter, which I had never made a mention of, or any political stance for that matter. I was just making an observation with this piece. Only one person actually tried to debate with me on my statement intelligibly, but even he ended up resulting to insults at the end. My first instinct was to respond and explain my work, but after trying to engage with these people, I realized they are fanatics and radicals and are basing their opinions on falsities and propaganda. So I just started deleting insults and attacks and posted an open invitation for a private debate via email for any attackers interested, disappointingly yet not shocking, no one emailed me about it.

What was your gallery’s response to wanting the piece shown?

It’s funny because as I was finishing it I also had a few shows coming up and offered it up to several galleries. No one said they didn’t want to show it, it was more in subtle excuses as why it didn’t work for the show or dancing around the subject. I can understand the concern. It’s a bold piece and there is a lot of madness going on surrounding this presidential campaign, and it could potentially be dangerous to show. After seeing a female artist get sucker punched by a man yelling “Trump” just because she painted Trump in a negative (but very comical) light, I understand the concern! Luckily, the fearless ladies at Future Tongue were more than glad to show the piece in their upcoming group show “Extraction” in DTLA on Sept. 8. I think it is important to get it out there and not hide out of fear of retaliation. 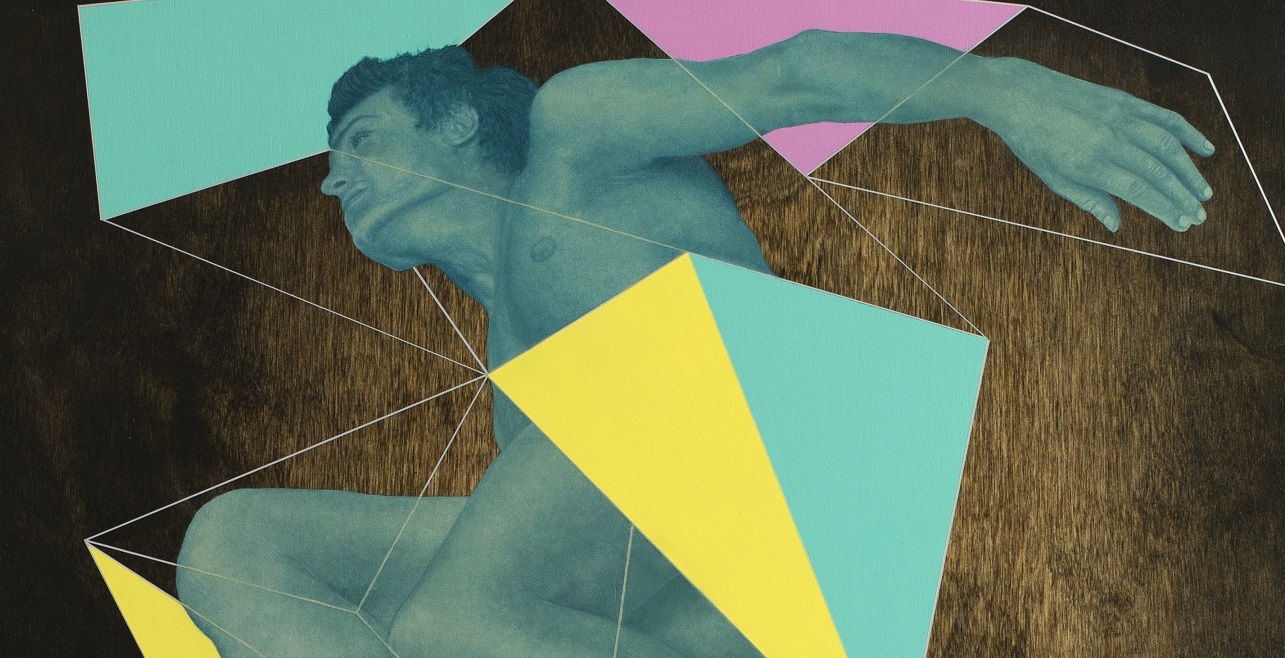 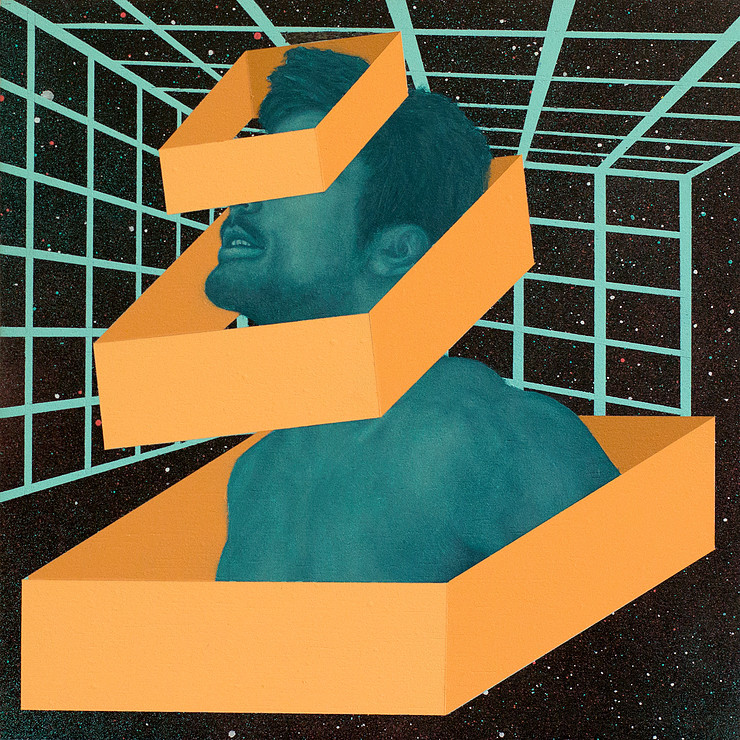 Were you at all hesitant to show this piece to the world, since it can be seen as controversial?

In a way yes. I was hesitant to paint it. I have a “slight” addiction to WW2 documentaries and I was paying close attention to the news on the presidential race, debates, etc. I started seeing so many similarities between the actions of Trump and the history of Hitler’s reign in Germany. I started feeling very strongly that regardless what I wanted to do, I needed to make this piece.

What is your relationship with political pieces? Do you explore contemporary issues often?

I do touch on contemporary and political issues in most of my work, but this is the first time I have been so “in your face” with my ideas/opinions. Most of the politically charged ideas in my work are very subtly introduced and the viewer is left with more of something to reflect upon on their own. This is the first time I have painted something so spoon-fed, but I thought it appropriate and necessary in this case. History will repeat itself if we do not learn from the mistakes of the past. This piece is reflecting on the actions of two men in positions of power, one man that created one of the largest blemishes on humanity and one man is recklessly following in his footsteps, using fear and hate to gain momentum and personal gain. That is the dangerous behavior and the reason I titled the painting “Do You Fear (For Your Child?)” I know that Trump hasn’t killed millions of people as its one of the only true statements made to me about this piece, but Hitler didn’t start with mass murder either, he started with mass deportation and segregation. 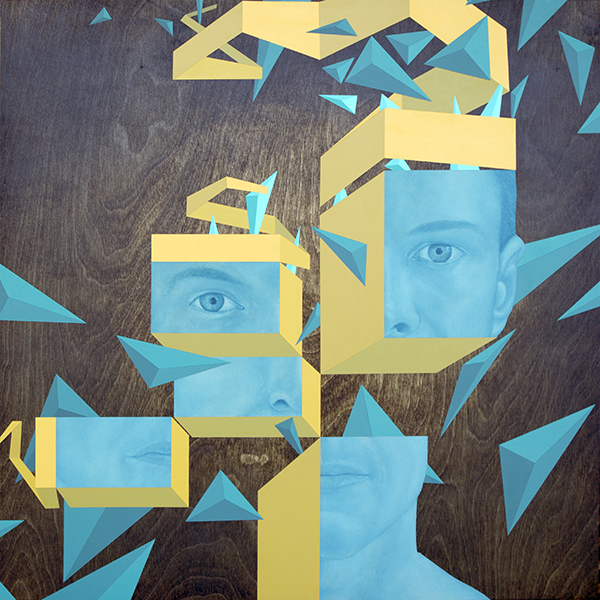 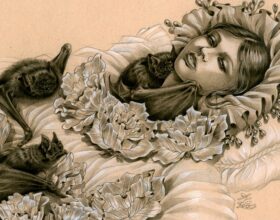 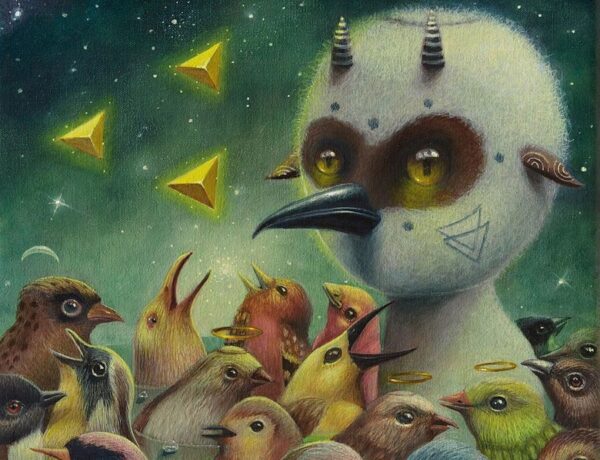 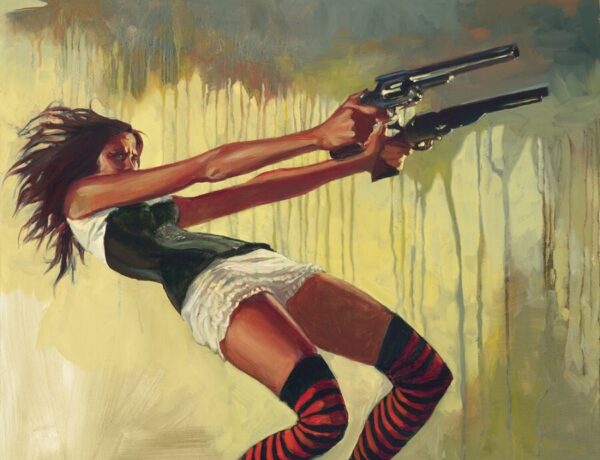