Wild, rebellious and wonderfully dark, artist Igor Skaletsky was classically trained at Surikov University in Moscow, Russia. Igor wanted to master all artistic forms before breaking free and pushing his own art to its boundaries. His mixed media works mostly combine painting, drawing and collage, juxtaposing traditional and classical artworks with strange environments, altered details and an entirely new context. His works are eerie and poetic, evoking uneasiness and curiosity as well as a hypnotic attraction—every detail is meticulously crafted or found, and his compositions are perfectly constructed with a delicate touch and an imaginative soul.

Before he was even finished with his degree at university, he started exhibiting his art in Moscow, at the Moscow Modern Art Museum. He quickly became a popular artist, and began showing regularly all over the world—in Russia, Israel, France, Germany and the United States. He has shown gripping works of art at art fairs and in competitions, and enjoys collaborating with other designers and artists.

We got the chance to sit down with Igor for an exclusive interview for the June issue of beautiful.bizarre, and pick his brain about his art process, his inspiration, and how he discovered his unique style of art making. 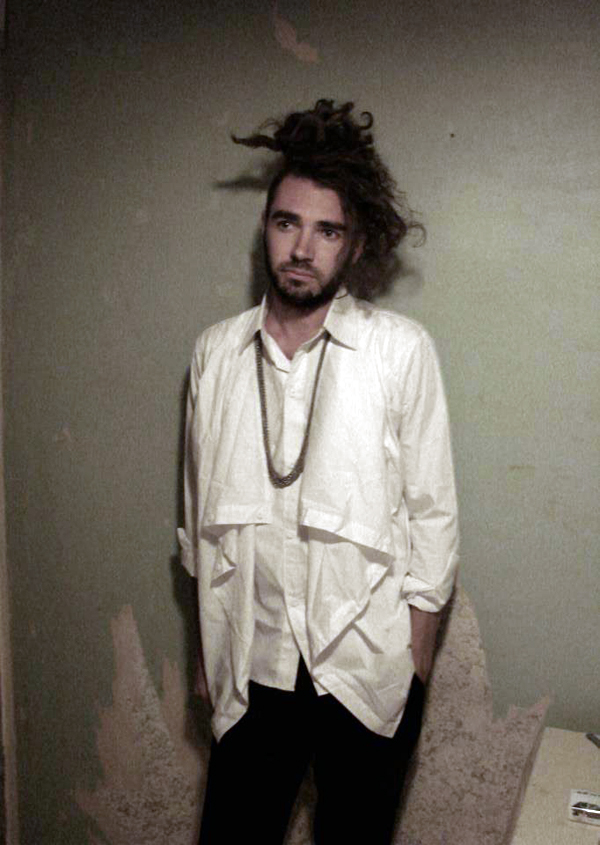 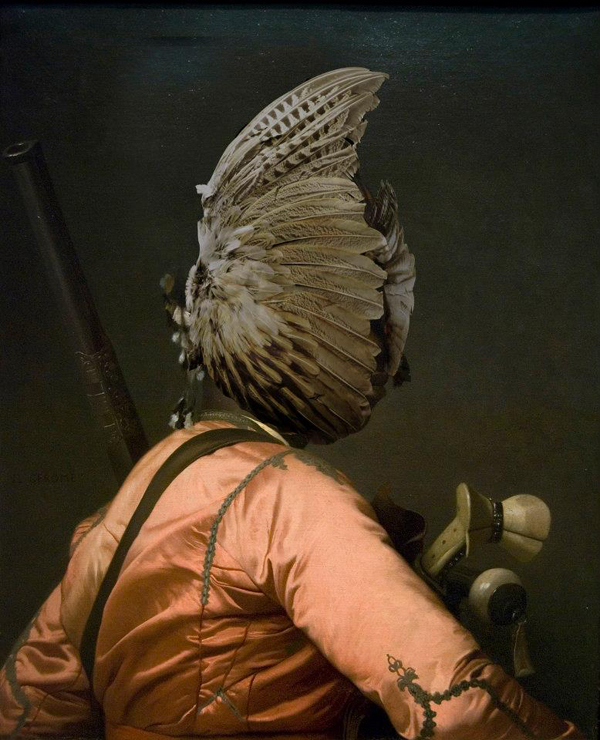 b.b: Where are you from and where do you live now?

IS: Originally, I was born in Russia, Voronezh, and lived there until I immigrated to Israel when I was a teenager. 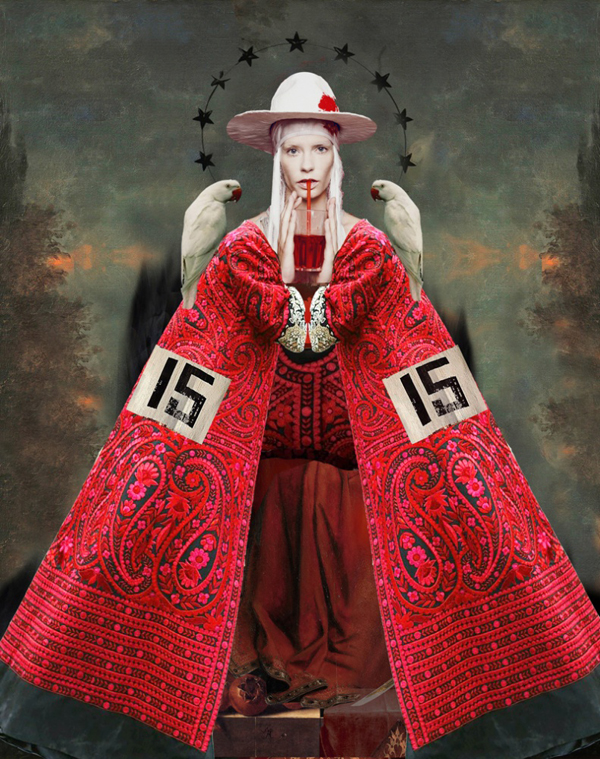 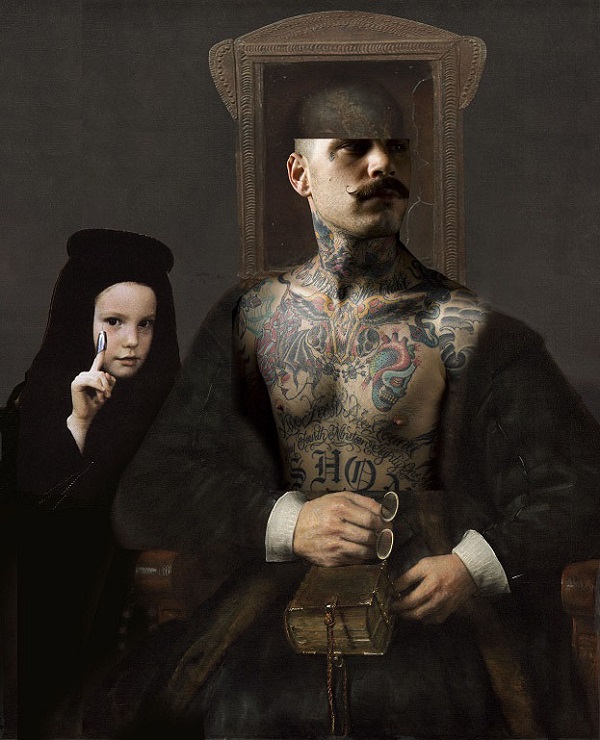 b.b: Are you a full-time artist or do you have another job as well?

IS: I’m a full-time artist, have never tried to do anything else. But, there was once when I tried to be a gardener. Unfortunately, my gardening career was not successful. 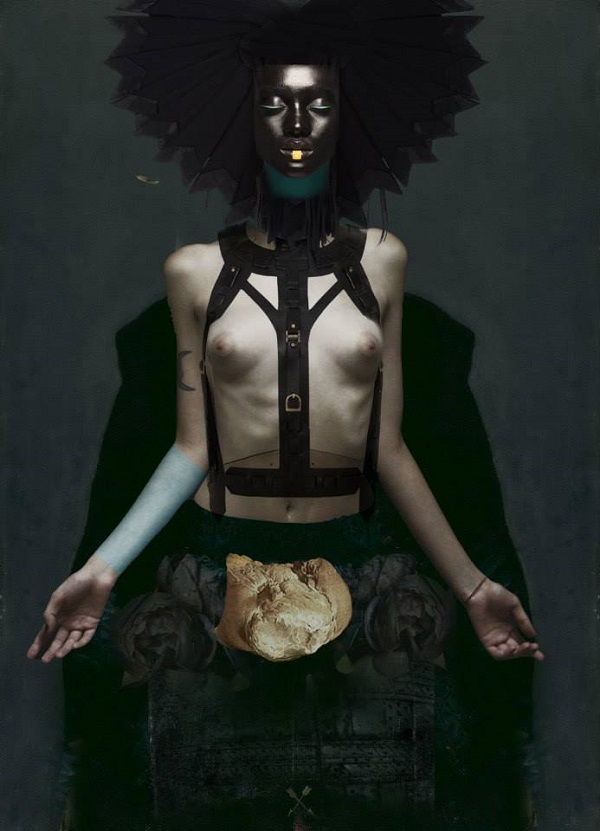 b.b: Your work is very unique. Can you describe your process, for a single piece of art, from inception to completion?

IS: In my works, I’m trying to create new universes which are full of different characters from different times, cultures, and places. First, I conceive a keynote and a feeling and then I just improvise. 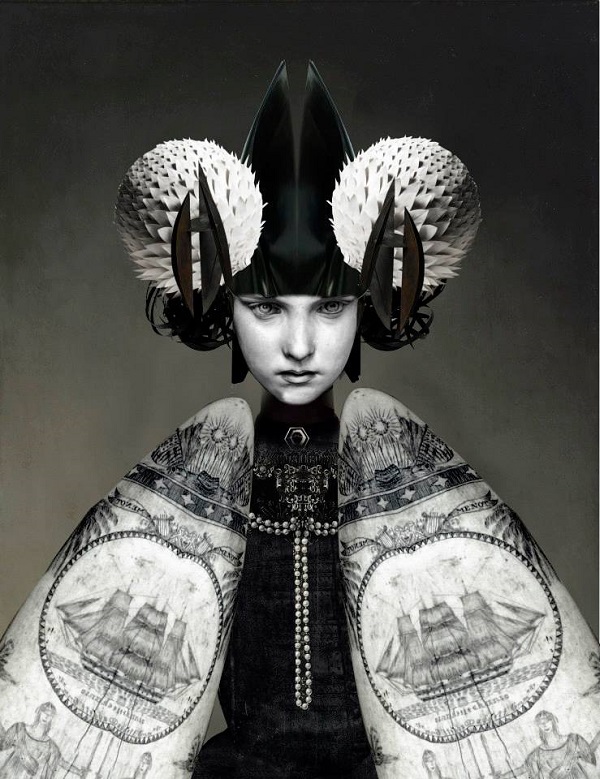 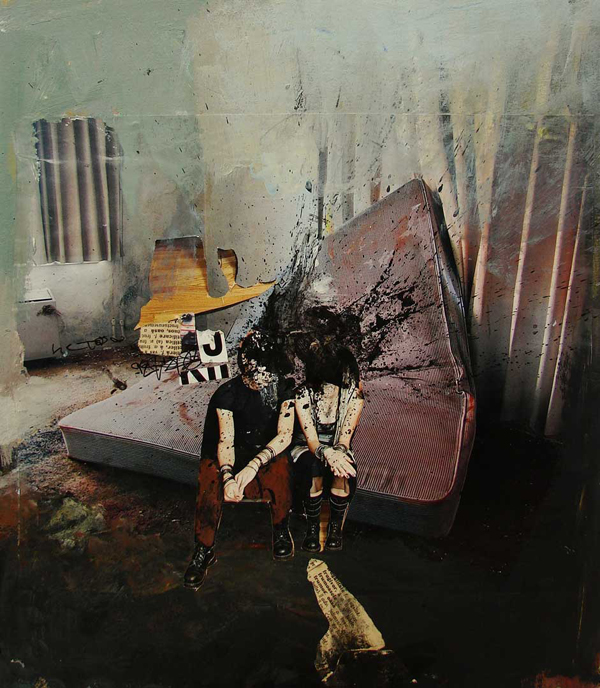 IS: I studied at Surikov University in Moscow. It was a very traditional classical art school. But I always wanted to try something new and was really interested in collage. It was fun. There were always many art and fashion magazines in my room at the university campus and one evening, I just cut them all up and stuck different images directly on the walls. After a while, I started to mix different techniques in—I mostly mixed collage with classical art.

I think that my rather traditional and classical educational background set me free into this non-academic and sometimes freaky style. When you are in a situation lacking freedom you start to fight and find out different ways of expressing yourself. 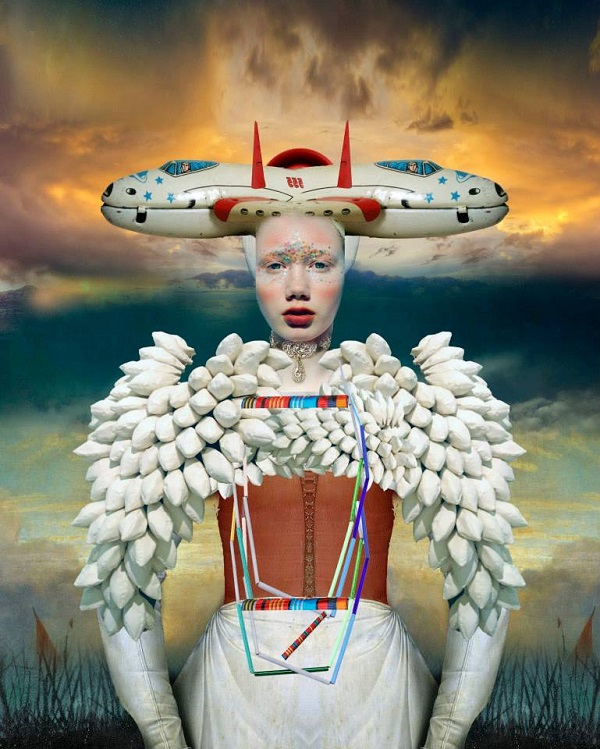 b.b: What are you hoping to represent or express in this style?

IS: In my works, I’m trying to create new parallel universes, with their own rules and principles, their own stories and characters. I want to drag my spectator into these universes. 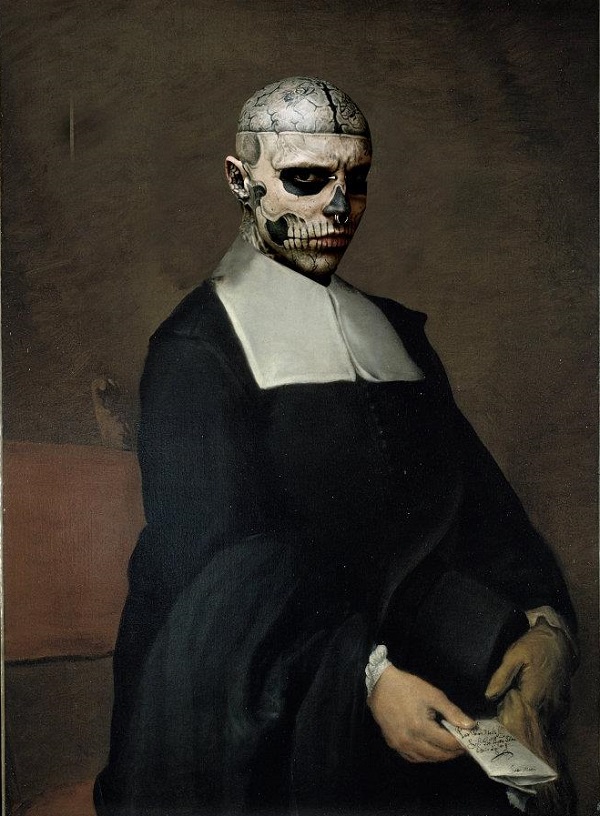 b.b: Some of your work feels like it is rooted in historical styles of art and portraiture, but stands out with a contemporary flare and experimentation in content and style of representation. Can you tell me about some of your influences with your current style?

IS: I wouldn’t like to specify all of the artists and styles which or who have had an influence over me. It’s impossible to say or define whom or what was more influential. I often think about different times and epochs and I try to imagine different people or different situations in the past and in the future. I think this is a running theme in my work. 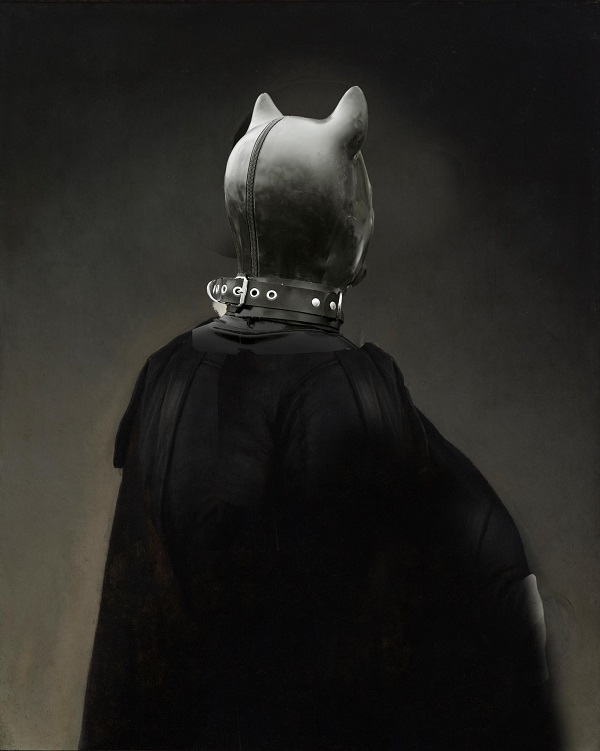 b.b: Do you come from a family of creative people? What was childhood like for you?

IS: My family was not creative, but in my early childhood, I loved drawing very much. 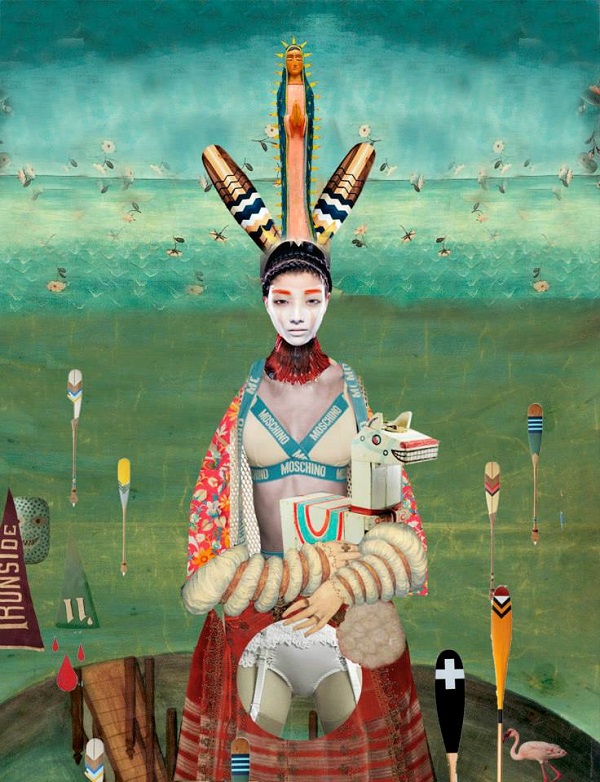 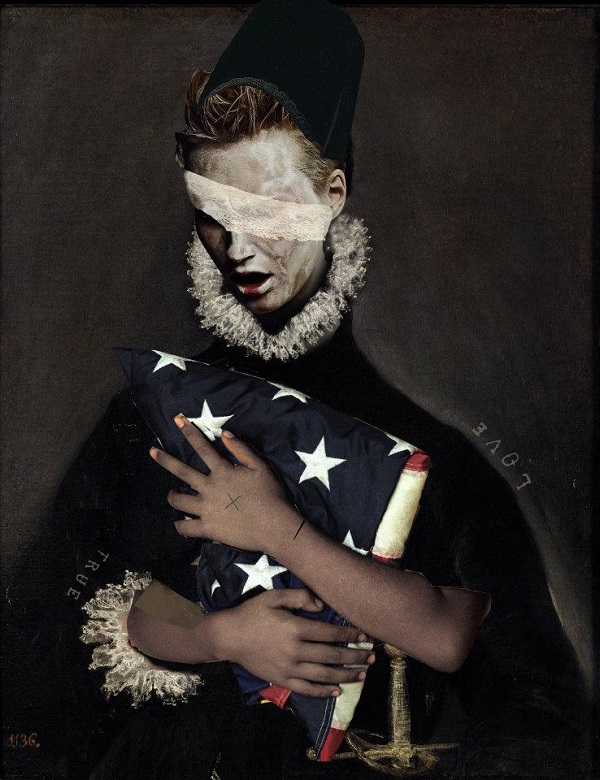 b.b: Where do you draw your inspiration from? Is it always the same?

IS: Actually, I don’t believe in inspiration from somewhere. For me it is about transformation of the artist from one condition to another during his work. Kind of magic. You really can’t recognize yourself. 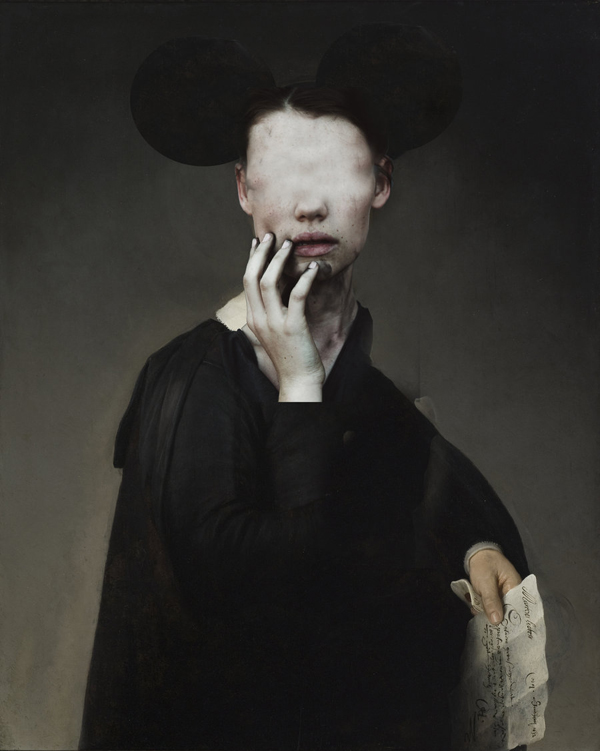 Check out, “Piece” from Selfburning on Vimeo (Vimeo Staff Pick) below, a joint project between Igor and drummer Evgeniy Labich. Stop motion animation is based on photos representing every stage of making collage. Parts of the drummer’s live performance are arranged and mixed in one track. 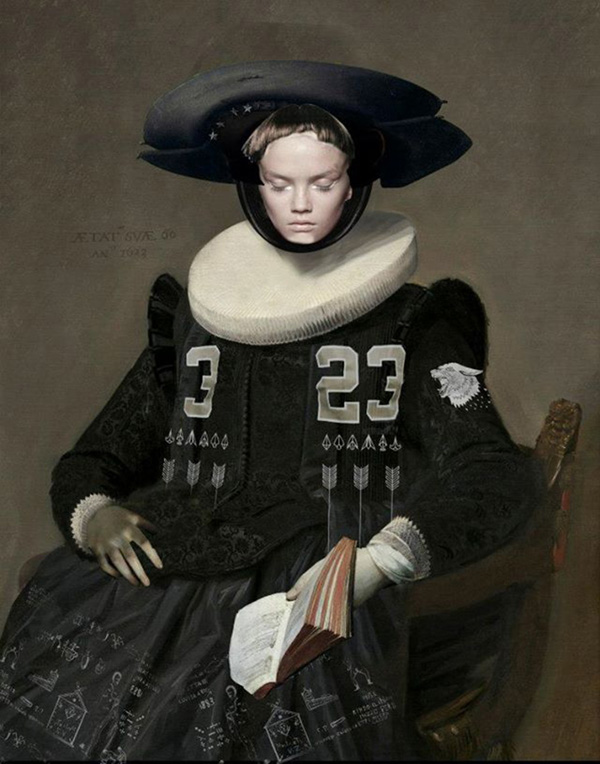 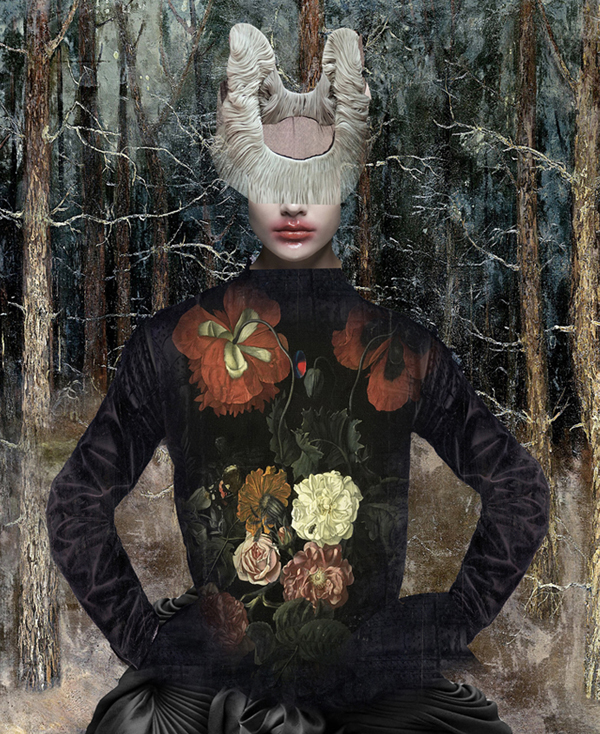 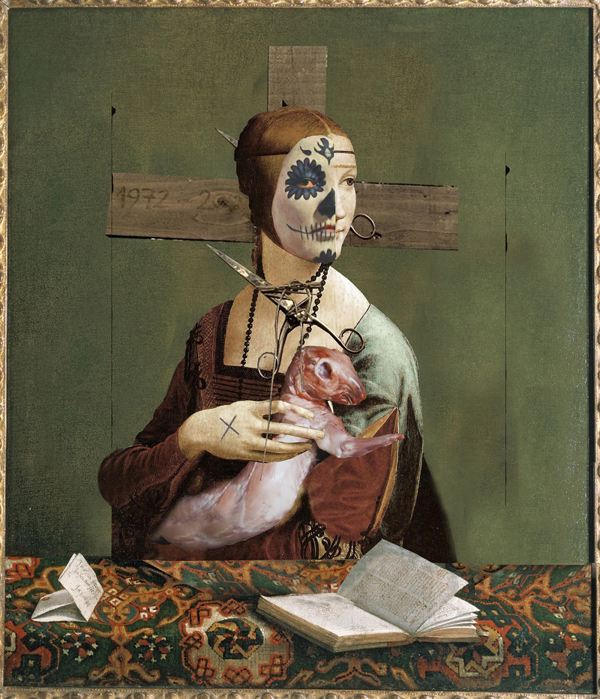 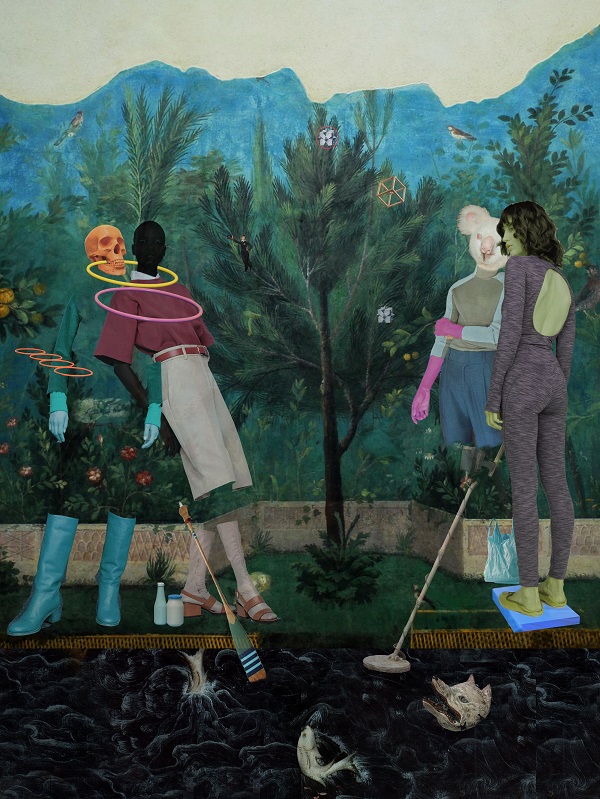 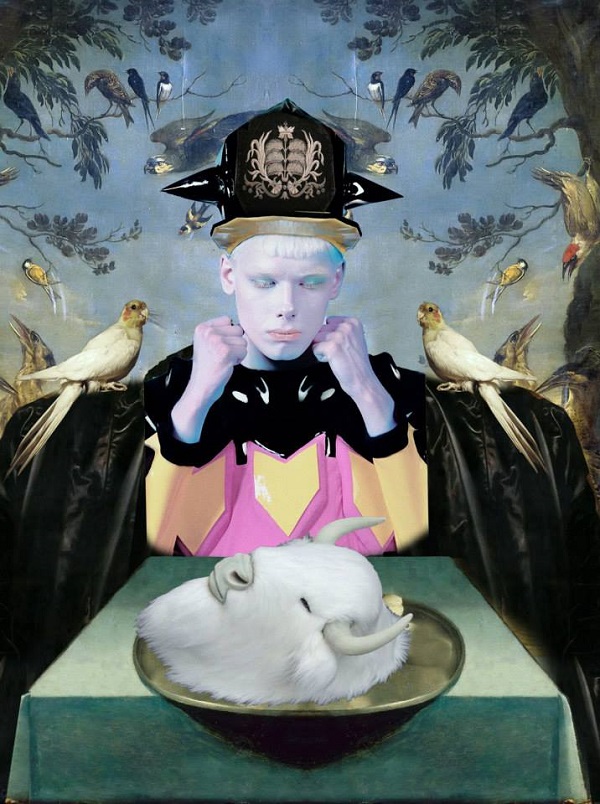 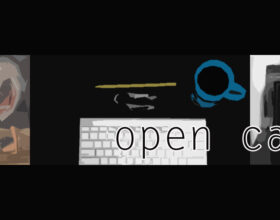 Open Call: I Appreciate Your Dishonesty 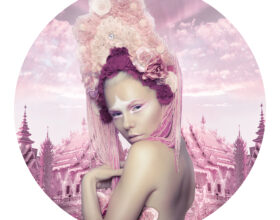