An Interview with Giselle Natassia

A young woman with an incredible eye for capturing the moment, Giselle Natassia‘s concept-driven photography has taken her around the world. Although she specializes in advertising, documentary and entertainment photography, her more macabre works are just as captivating. Although still relatively new to the scene, her striking imagery has garnered her some impressive awards and as many honourable mentions. Her work has appeared in many magazines, too, including The Atlantic, National Geographic Photo of the Week, GSM Magazine, Flawless Magazine, Tattoos…and the list goes on. Most recently, Giselle has been trying her hand at photojournalism and fashion and beauty portraits, her work taking her to Thailand to photograph the Sabai Sabai series, ‘an ode to Thai culture’, as she explains on social media. She also runs a community arts group in Perth, Australia called Deadline. Through this group and through her own artistic expressions she has found more purpose to her life and, as she says, it’s important now more than ever that we ‘band together and show ourselves and those around us love and kindness’.

I was lucky enough to catch this busy lady between her travels late last year. Here are a few of her thoughts on art, life and more. 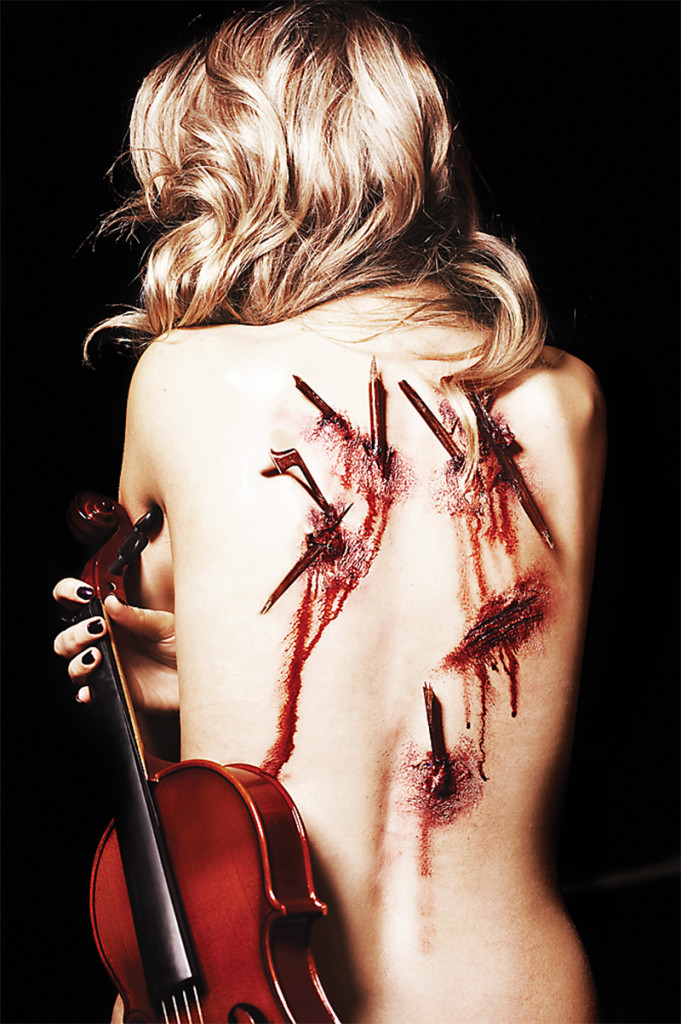 Allure Of Self Destruction

How did you get into ‘macabre-glamour’ photography and why does this particular concept interest you?

I’ve always been curious and had an affiliation for the darker side of life. This has been helped along of course by my unruly imagination and sinister nightmares. You can’t control your subconscious right? My disposition is normally quite friendly and outgoing, so I think people are quite surprised to see how dark my photography is! I try to juxtapose the darkness with beauty. There is something stunning about the contrast of the two. (To me anyway!)

What is your creative process when working on a new project?

I studied Creative Advertising at university, essentially a degree based on coming up with ideas and the creative process! I tend to follow what I learnt during my studies, starting with research, ideation (coming up with us many variations as possible) refinement and then production. However I also am very lucky in that I am often struck randomly with ideas, and tend to develop and follow on from those.

In terms of research I try and look outside of photography. I tend to look for other mediums outside my own for inspiration for instance, books, comics, video games, etc.; I find having interests and doing research outside my particular genre allows for more freedom and diversity for ideas. I studied the great photographers at university, but as a general rule, I try not to look at modern imagery *too* much, I think I’m subconsciously worried that my mind will accidentally borrow from images, so I try and keep myself free from direct influence.

I have found more than once, I’ll either have an idea or even conduct the project, only to find the exact same thing or something similar has been done halfway across the world! It’s almost as if your ideas or brainwaves have entered into the world, and they’re not just your own. They’re suddenly shared and anyone can access them, especially if you don’t act quick enough on them. Who knows how these things work! You never know.  Creatively, a lesson to act on your ideas as soon as you receive them I suppose!

What have you been doing over the last few years?

I actually had a serious bout of lack of motivation for this period to be perfectly honest. I think it’s important to talk about these as well, they happen. I feel like I didn’t photograph anything of value for the longest time…It’s never been harder to succeed as a creative as it is today – simply because there’s so damn many of us! Our generation have been groomed to believe that we can be anything our heart desires. So of course now there’s an influx of creatives and people doing careers that there’s not actually much of a demand for, and it’s obviously left a deficit.
I also was left feeling desolate and confused, as I felt like the fact that I was taking photographs… How did it actually help anyone? What good did it actually contribute to this beautiful yet crumbling at the seams world we live in?

I feel like I’m FINALLY coming out of this darkness now. I had to escape from myself so I just spent about two months in Thailand and Cambodia. It’s important to really have your heart in whatever you do. It’s also worth considering that what you do now isn’t the be all and end all. You aren’t limited by one career or doing one thing for the rest of your life. We have the luxury in our time now that you can chop and change, you’re not limited to the one thing. But if you’re doing it now, then do it. It’s worth giving your all and killing it, if you’re doing it now! Just be. 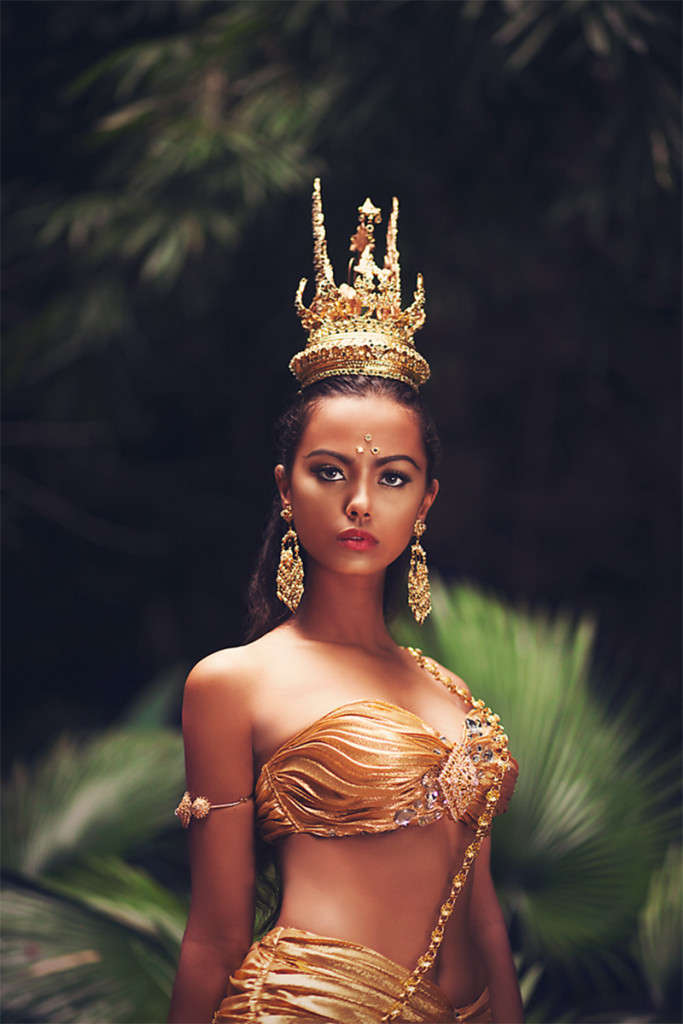 You have an incredible list of accolades! What are the things that keep you grounded, and what are your secrets to success?

Ha! Anyone is capable of winning awards, you just have to keep your ear to the ground and enter!  I just kept entering competition after competition for a while, because, honestly I wanted to bulk up my CV! And now it’s so clunky, it feels kind of silly!

I would say there’s no secret to success, it’s just hard work. Practice, practice, practice. I don’t feel successful, and I’m sure most artists would agree – you make something, love it for a short while, and then you detest it! It’s just part of the process, and I suppose if we weren’t made that way, we would become lazily complacent. You have to keep working at it; failures, mistakes, feeling unworthy, the down days, they’re all part of it and shape who we are as people and as artists.

Would you say it’s a good time to be a photographer right now? How healthy would you say both the local and global industry are?

It’s a terrible time to be a photographer! Ha. It’s very, very, very difficult. If you want to do it, be prepared for an accumulation of things like no job security, sometimes having no money because you can’t choose when the jobs come in, and you have to be good at marketing yourself…Technology has obviously continued to shape and alter photography and the way we photograph. For instance, Reuters recently banned raw images from their photojournalists, to avoid manipulation of images. I see what they are trying to do, but it’s also kind of silly. In truth all images are manipulated! You’re being shown a certain point of view, there’s bias. There’s manipulation in composition, by what you choose to put in the frame, by how you pose or photograph it. Shooting in raw doesn’t affect any of that.

The internet has created a lot of noise that’s often difficult to get through – how do you navigate this and other issues you face?

It’s important, I think, aside from even putting your images out there, to monitor what you view. Who doesn’t start or end the day trawling through their Facebook feeds full of absolute rubbish? We’re inadvertently affected by what we view. It’s worth being mindful about what you take in. In terms of putting myself out there, I literally just make things, put it out there, and hope for the best. A business plan would probably help, though. 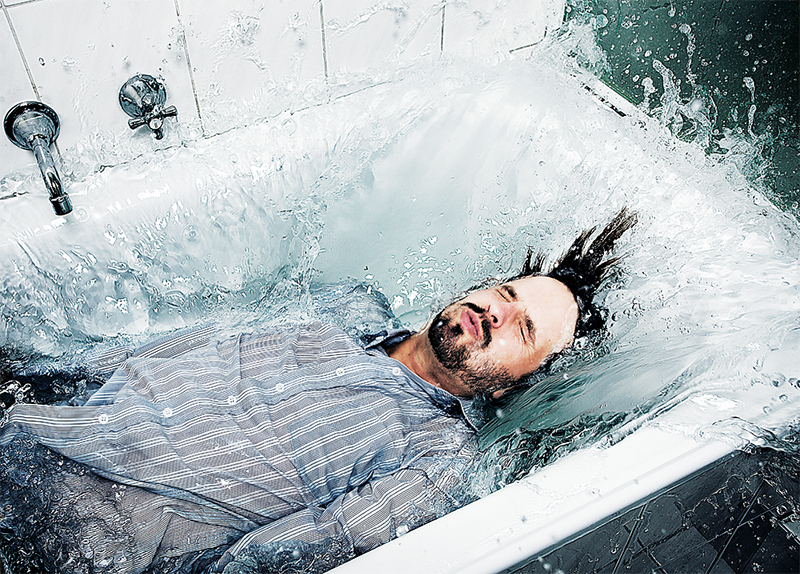 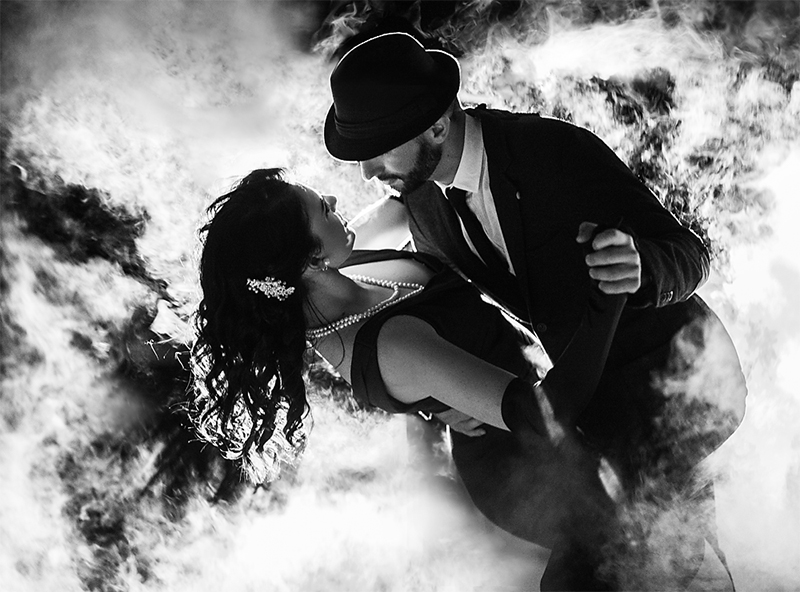 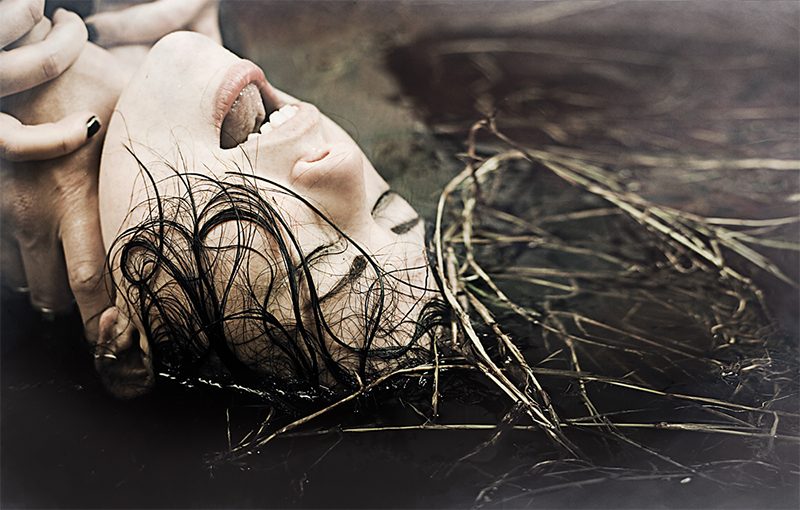 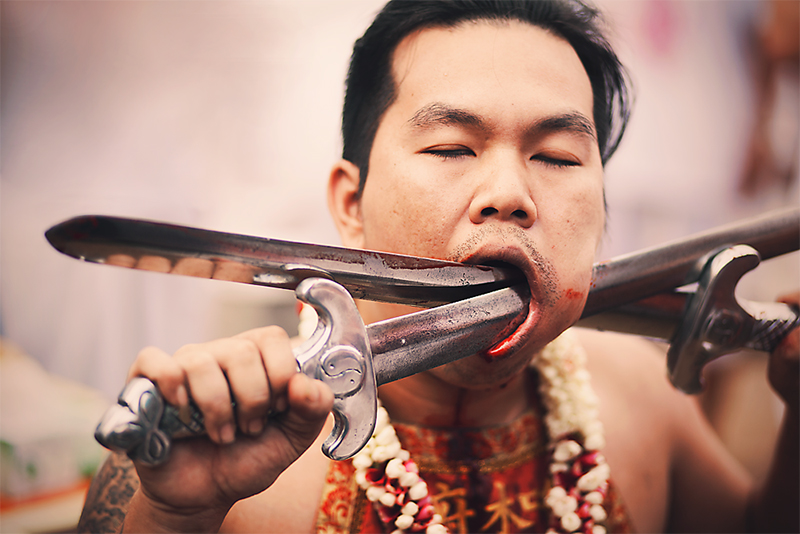 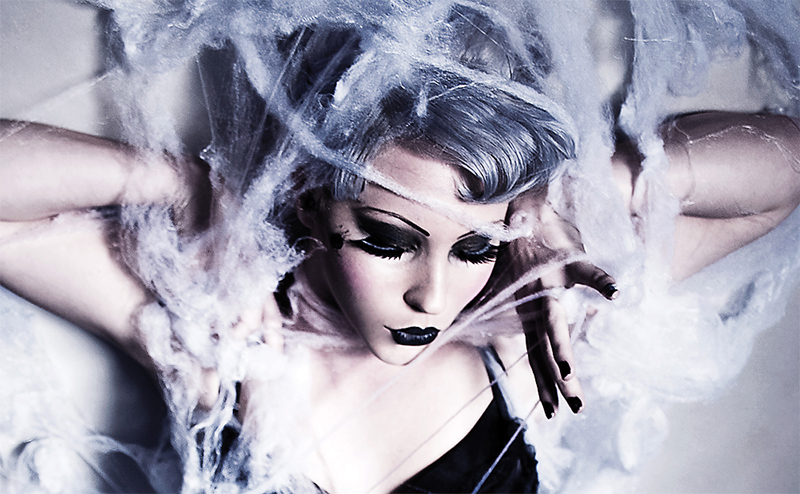 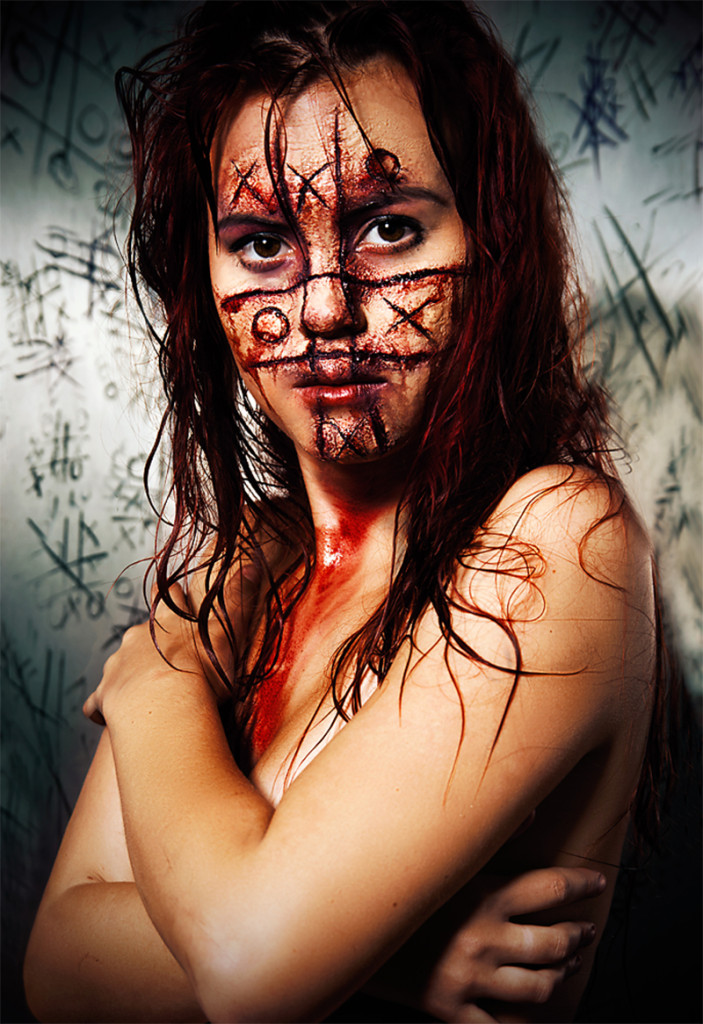 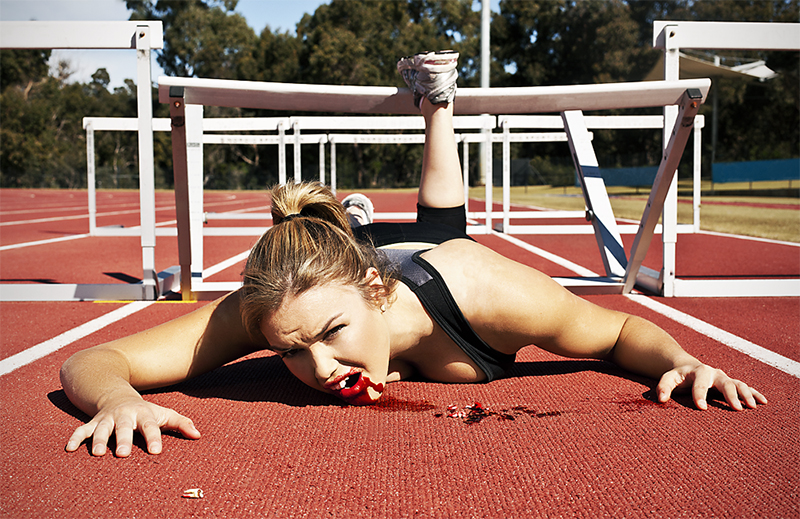 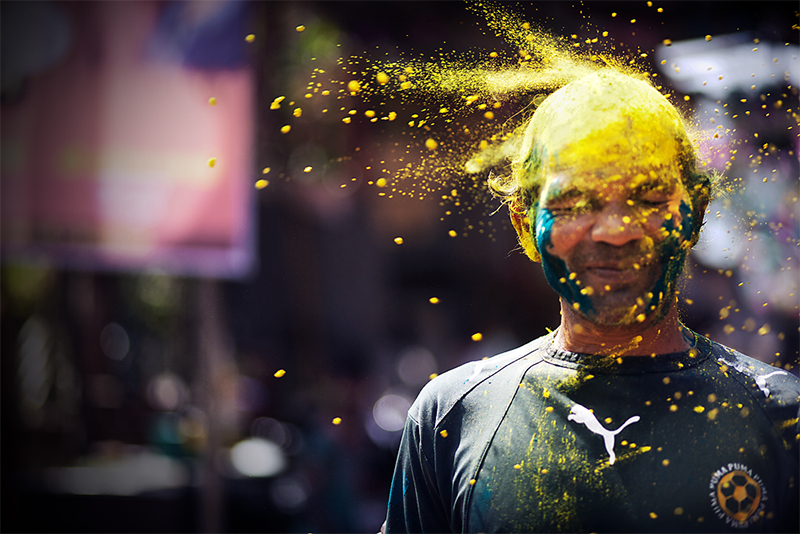 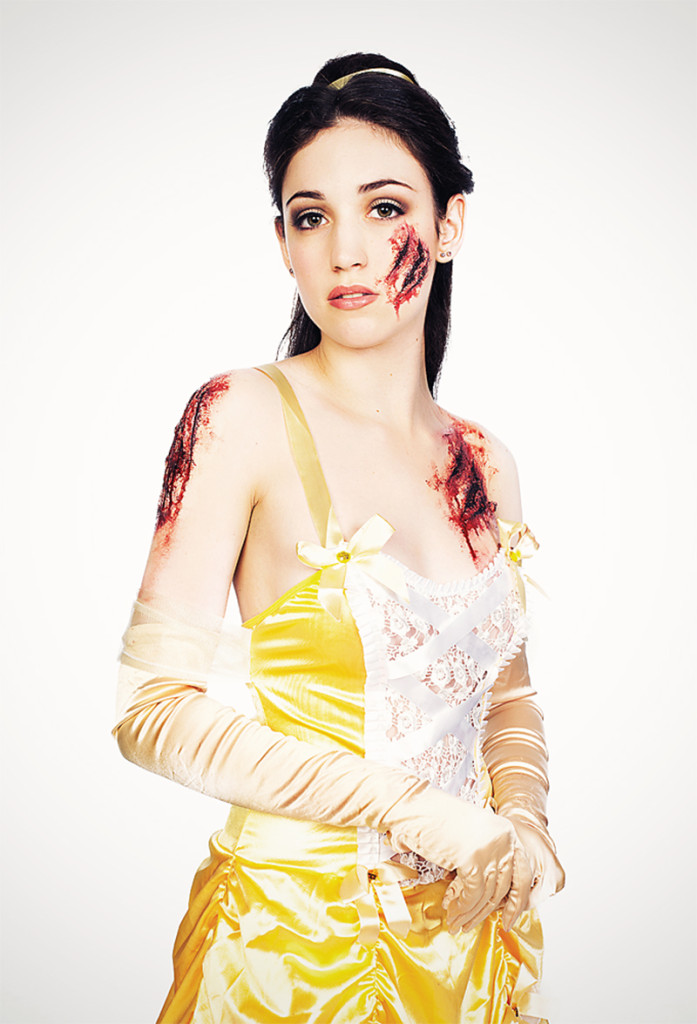 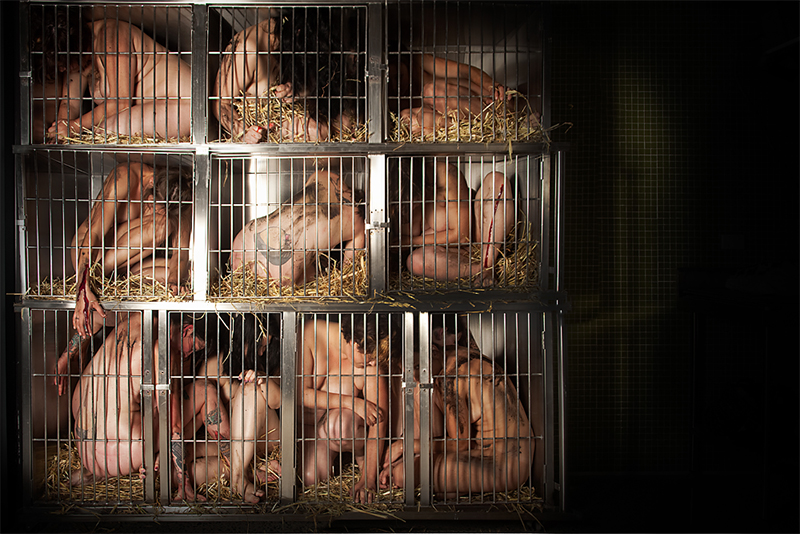 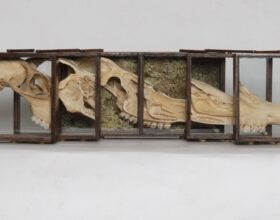 Honouring the Queerness of Woman: An Interview With Maryam Gohar

An Interview with Jennybird Alcantara