Rebirth; a controversial idea for many. Yet looking at the latest evolution of Chris Haas’ work, it becomes clear that he has taken this concept (minus the God-like demeanor) and made it his own. Subtle at first glance, underneath the layers of mixed media and paint lie, true to life, genuine animal skulls shaping each unique sculpture.

I am fascinated by that first phase where, often, an artist can spend hours drafting and planning a piece from imagination and personal muses. Like magic, art is given life. But what I find equally as spellbinding is this process of adapting around objects already in existence; an act of transmutation. Scouring the forests, Haas collects his core ingredients and dexterously combines the skulls he finds with other mediums, transforming them layer by layer into representational beings once more. In his continuous development Haas has even used replica human skulls. A predominant feature in his process often involves Haas embellishing the base skulls further by adding clay and carving out his signature designs. Having described the act as ‘slow and meditative’, it is a perfect example of the love and respect this artist has for his work. 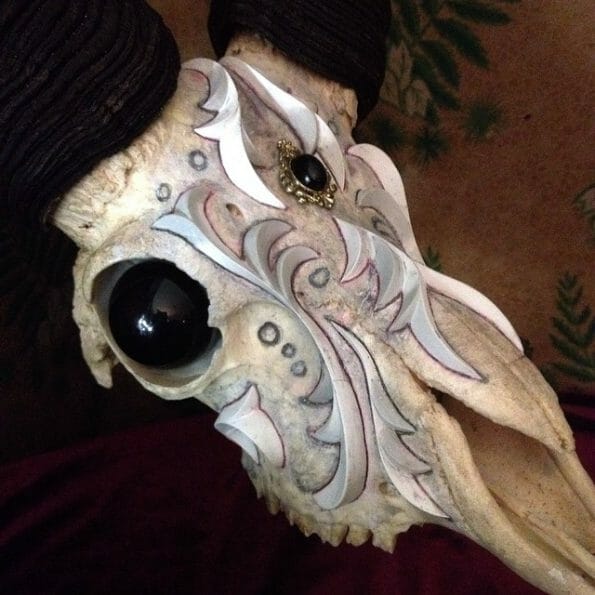 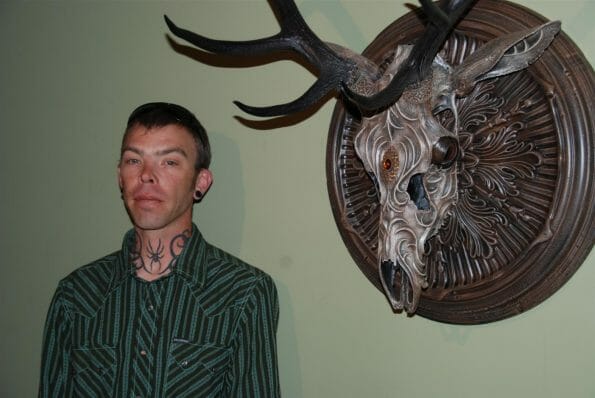 There is history here, within this art of rebirth. It is history enriched with the supernatural. Chris Haas has taken the simple beauty of a skull in nature and revived it, going beyond the regular reconstruction of a dry skull post-mortem to resemble their former selves; His creatures rise from death having ascended into something even greater than before – enriched with deep colours, textures, jewelled third eyes and intricate designs, Haas’ new species portray a passion for art and nature in a way that can’t be put into words. Even throughout these modifications, however, you can still see an echo of the creature that previously existed, which I personally feel is an important factor to truly admire Haas’ work; Remembering the roots of every sculpture creates a further respect for the process each piece of art has gone through. 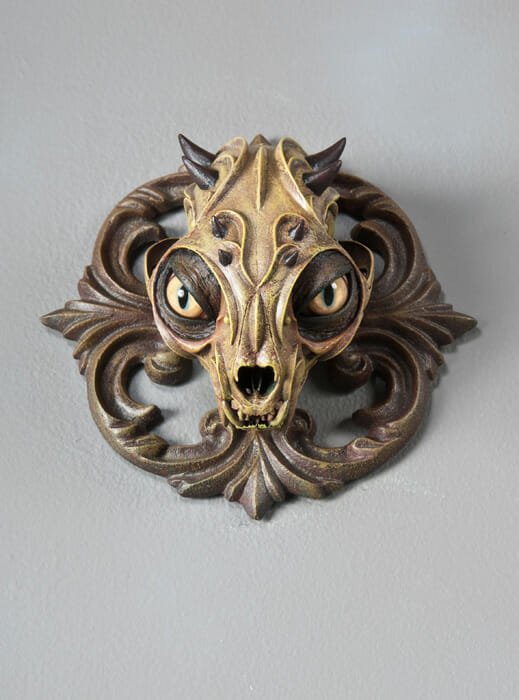 Haas’ experience with art began on very early in life. Constantly encouraged by his mother and grandmother he experimented in creating worlds far more imaginative than his simple Kansas environment. Art became an integral emotional outlet, and by the time he had graduated high school this desire to create had already lead to a strong signature style. The illuminating colours so easily recognisable in his modern sculptures became set practice, beginning from the roots of paintings, and were often complimented with text to convey his emotions at the time. With his creation of art always by his side Haas found a support to help him through the darkest of times. As the years went by, his focus evolved into more 3D designs – Haas’ regular use of social media to constantly update his fans on works in progress provides a fascinating insight into his world, and can only make you more attached to each sculpture as you watch its journey of metamorphosis. His devotion to each piece will no doubt continue to strike a note with audiences around the world. 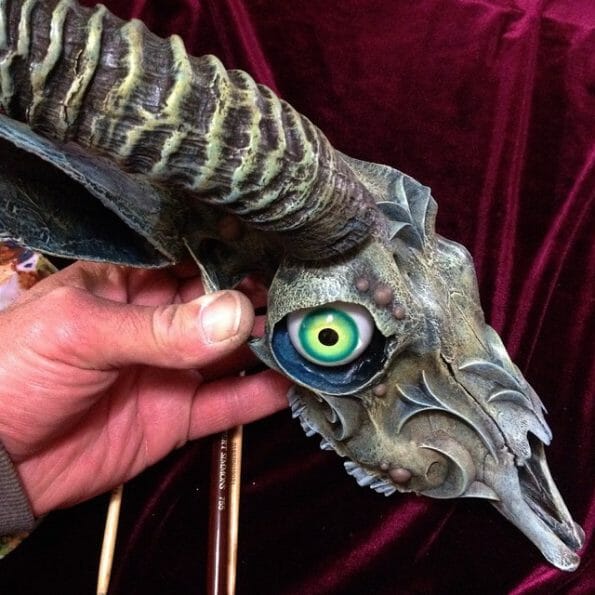 Chris Haas work has been showcased in multiple galleries including Last Rites Gallery and most recently as part of the ‘Conjoined V’ exhibition at Copro Gallery. For more information about his work and how to buy these unique sculptures, check out his website here. 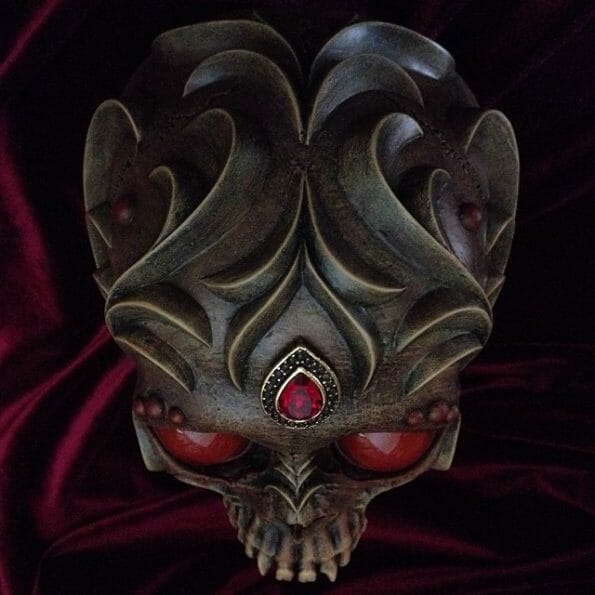 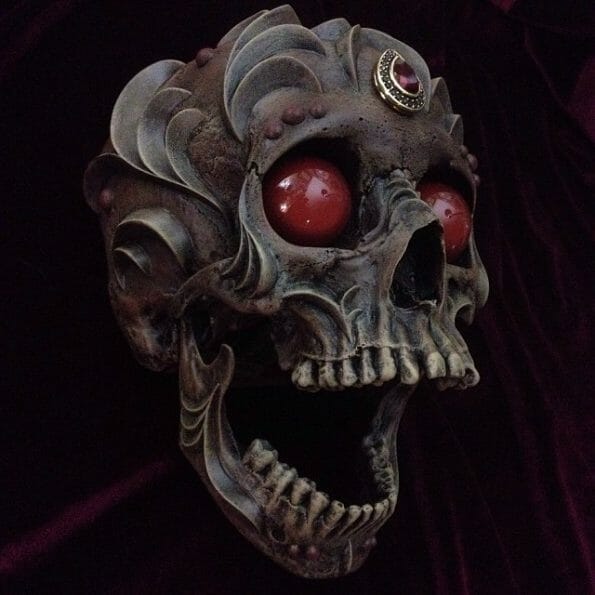 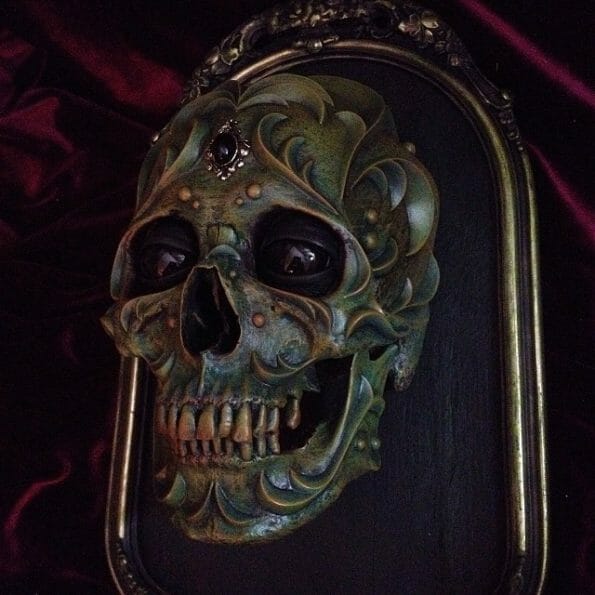 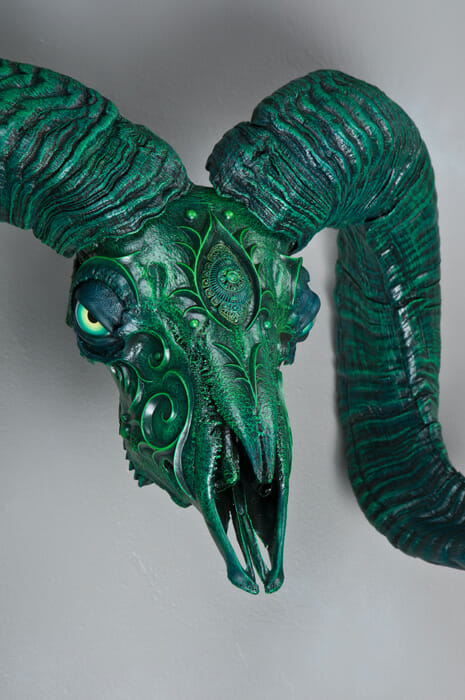 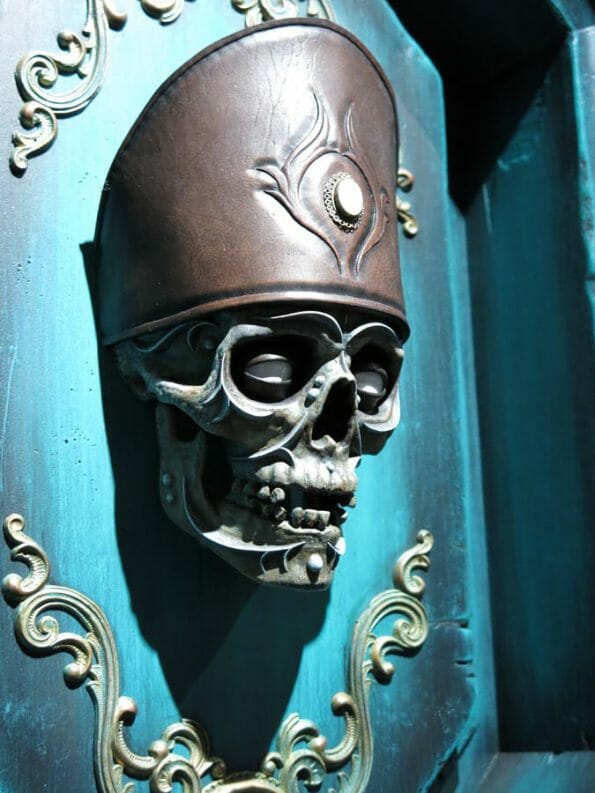 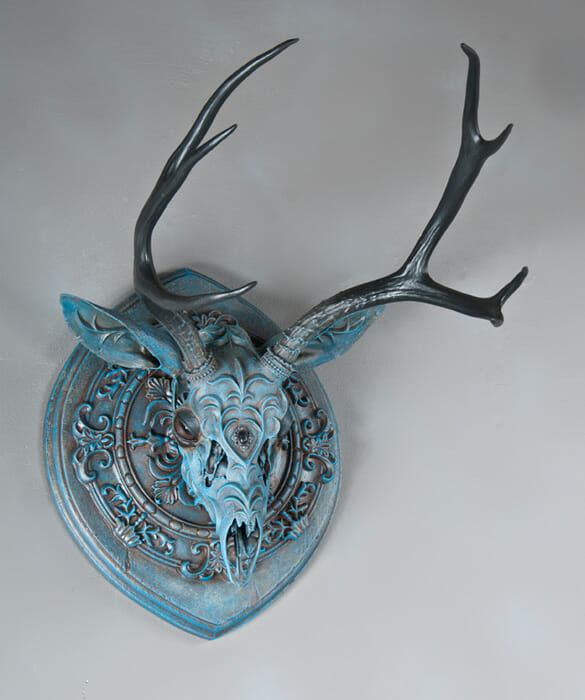 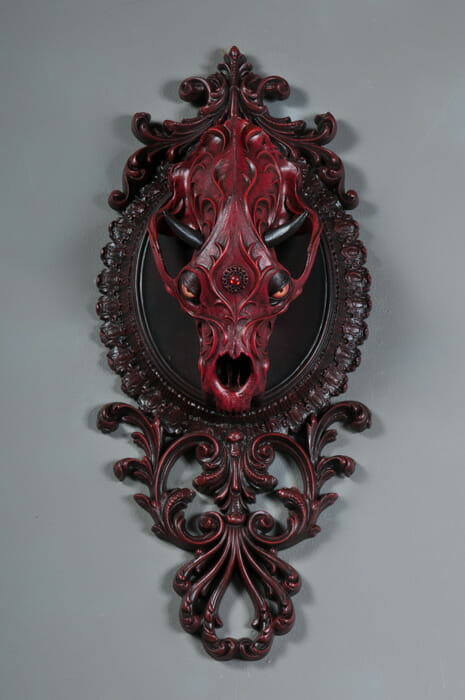 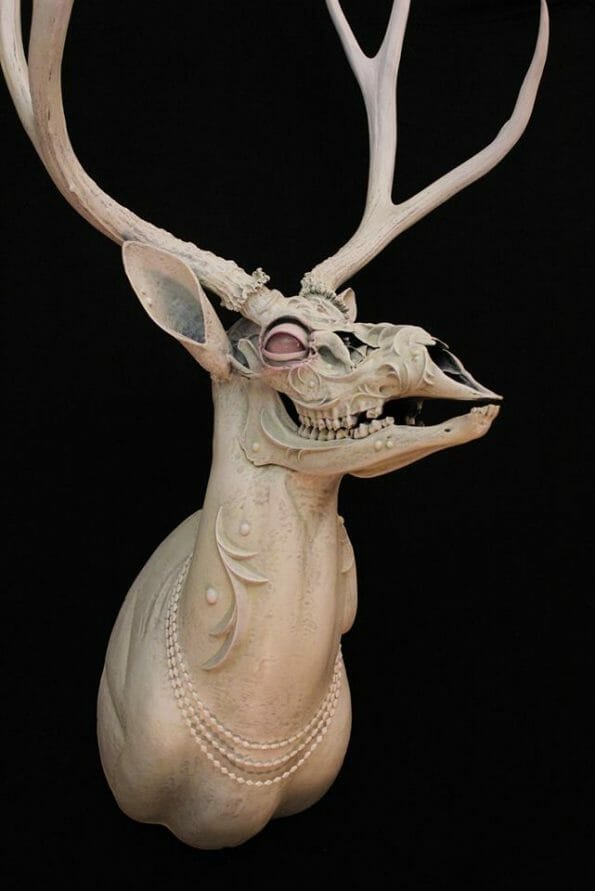 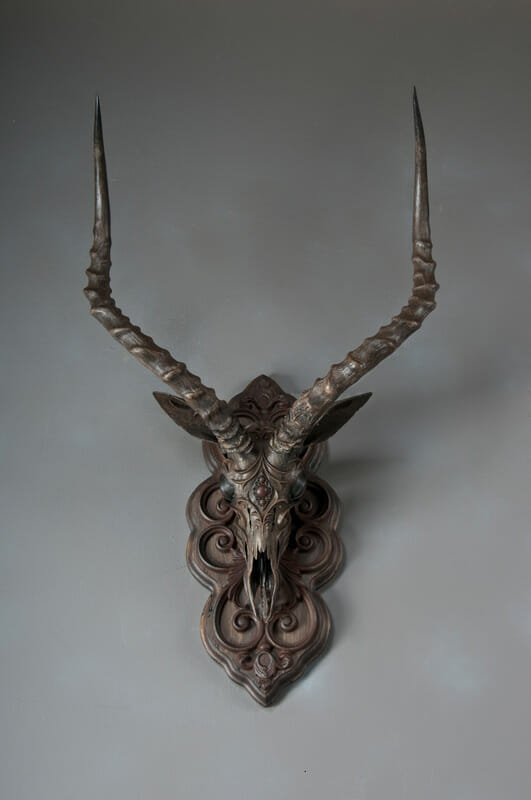 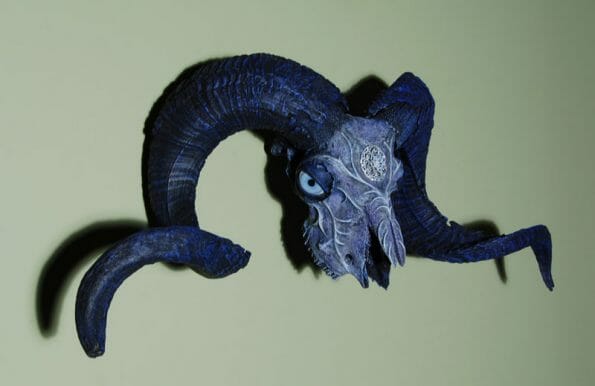 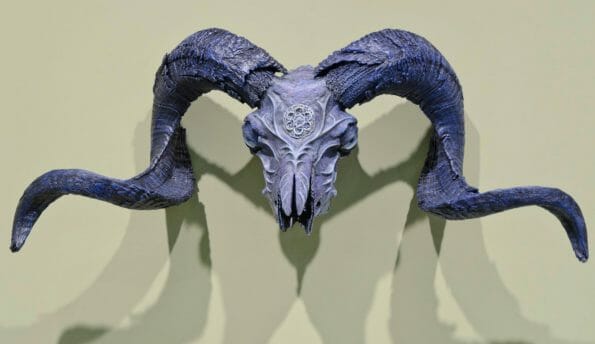 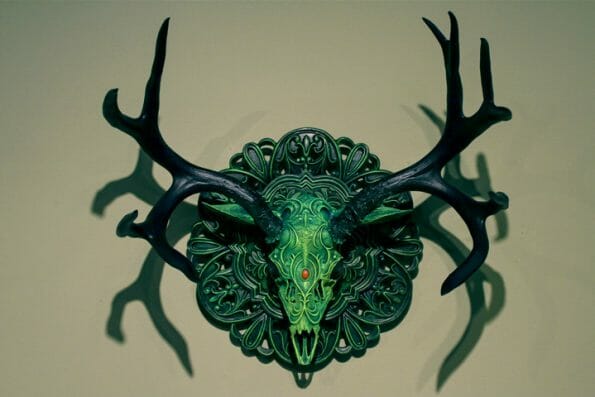 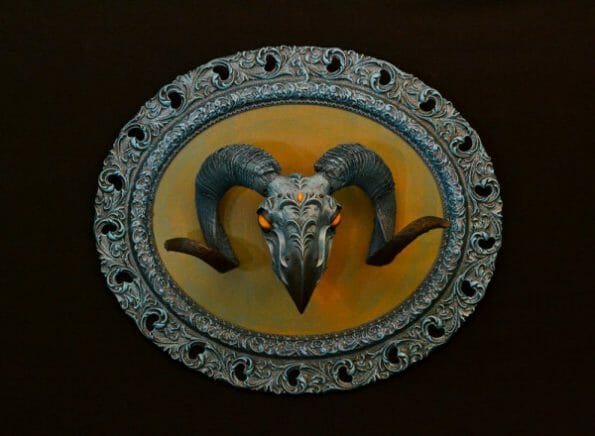 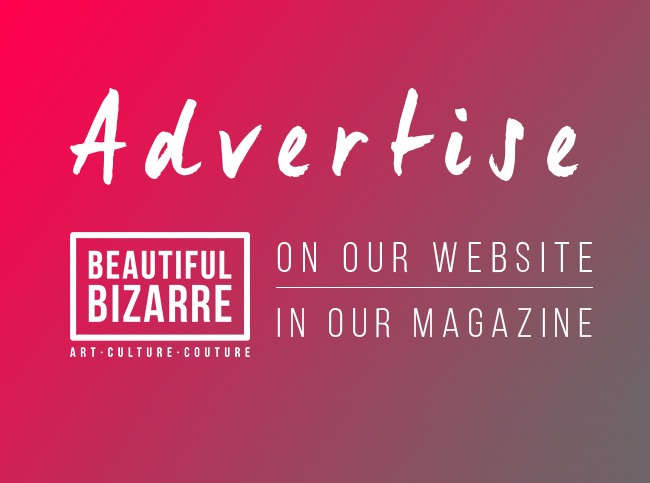