I remember an incident from first grade which has haunted me ever since.  A group of my classmates were seated in a circle by the window. Boys with pulled up socks and shiny patent shoes. Rosy cheeked girls with their plaits, smelling like soap. I went over to have a look and found them torturing a Huntsman spider with a thumbtack. Intently curious, they watched it writhe and flail, waiting for its horrific demise. (This is not to say I’m innocent – At 5 I tried to see how many ants I could kill with my left thumb in one minute). I’ve been somewhat dubious of children ever since.

Hsiao Ron Cheng, is a Digital Artist and Illustrator from Taiwan whose work speaks to these very themes. Brutality, cruelty, fragility and vulnerability. That unsettling space where toy bells chime sweet nothings over horror films, where pretty girls puke pea soup and haunted little boys stare at you blankly before biting your face off. It’s the home of Carrie, of Children of the Corn and even Pan’s Labyrinth. How does the innocent articulate violence? How do they see it? How do they inflict it?  After all most adults are just children in a big persons body. This territory is wrought with tender hooks but Hsiao Ron Cheng treads gently.

Her images are soft and sweet, with colours seen through pastel cataracts. Initially everything appears serene. She speaks in a whisper.  A pillowy, lullaby of a world that I want to crawl into. I’d curl up next to the dinosaurs and sleep soundly before being swallowed up by all those pretty things. The children are red-eyed, raw and disturbingly vacant as they’re immersed into a pantomime that is surprisingly oppressive. For me, Hsiao’s work rings like a nursery rhyme. Initially it’s an innocent flirt, a sugar trip into a tra la la. Listen in though and you’ll hear the stories of mice and carving knives, boys breaking their necks as they fall down hills and egg men shattering into a million pieces. Imbued with all the lovely, you may not even care about the three blind mice.  O’ just wait and see how they run . . . 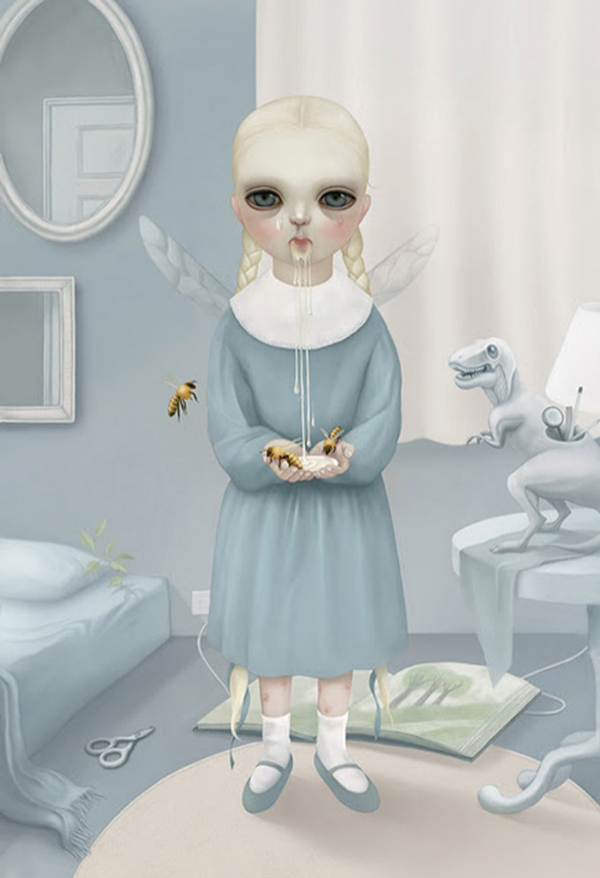 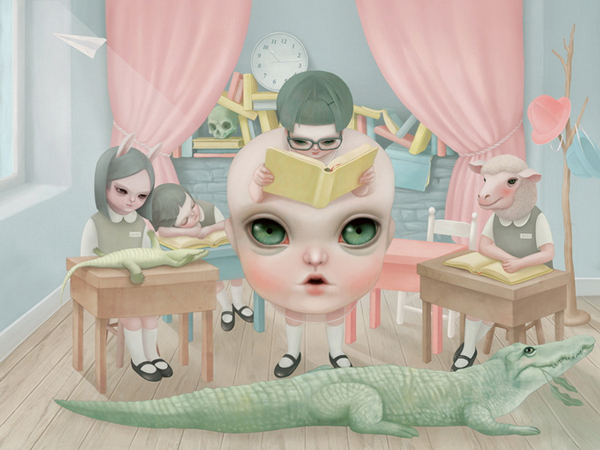 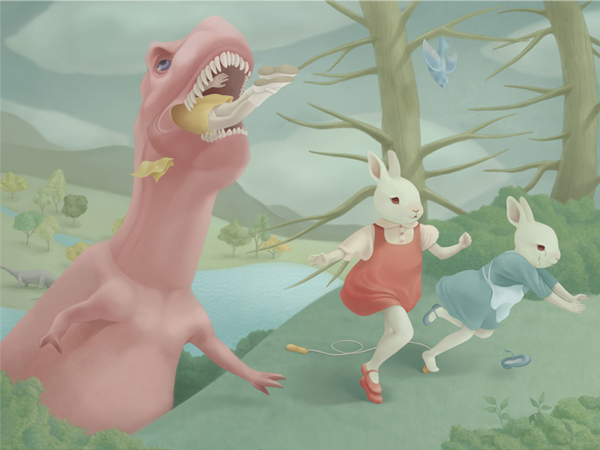 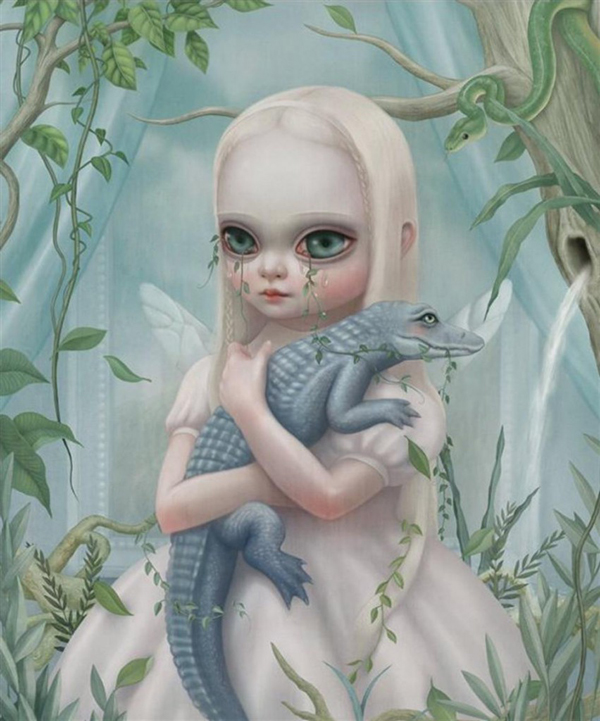 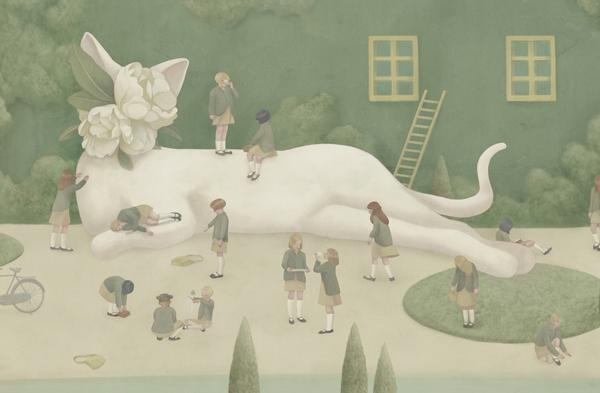 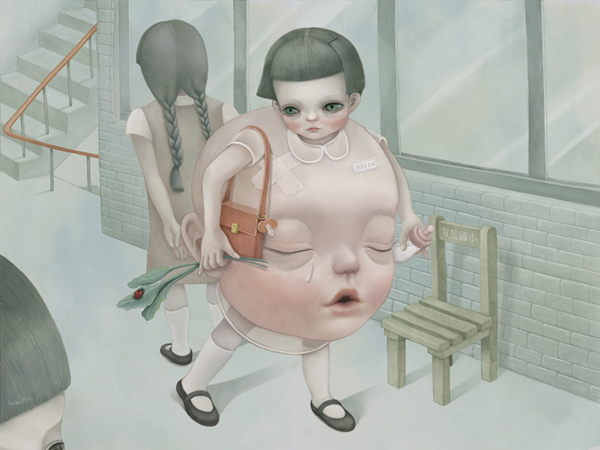 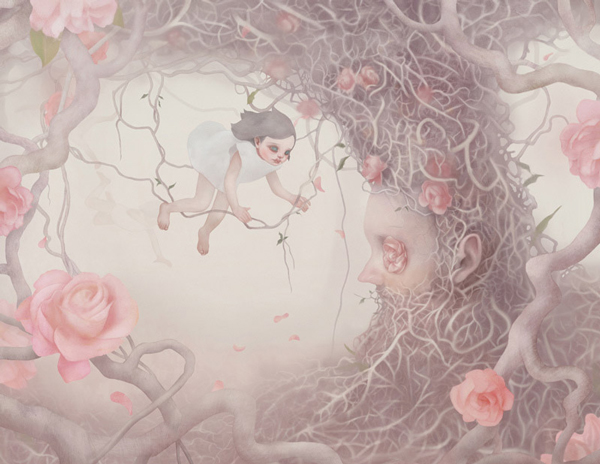 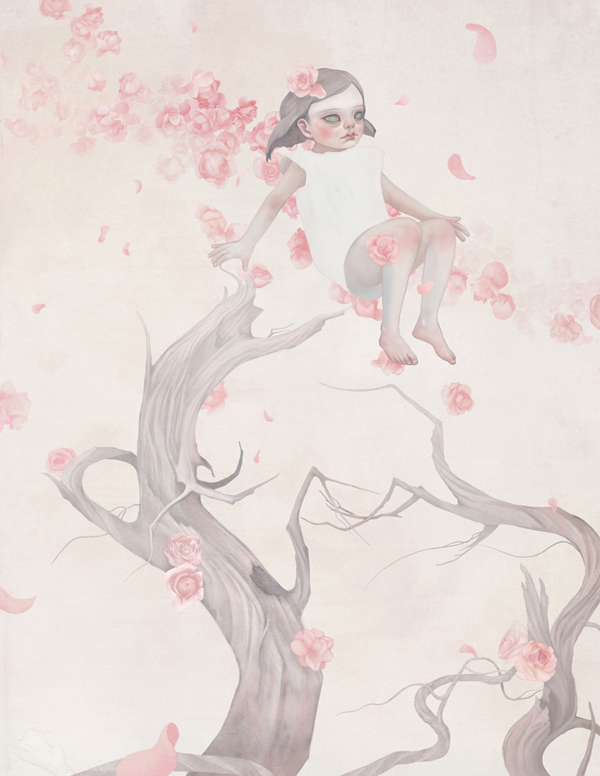 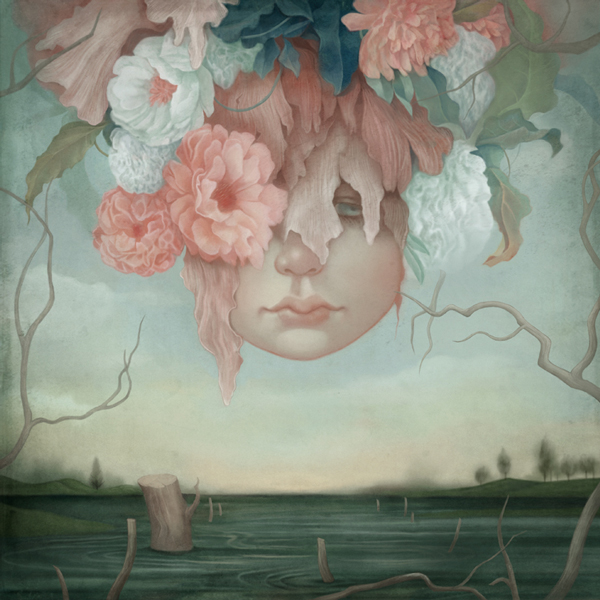 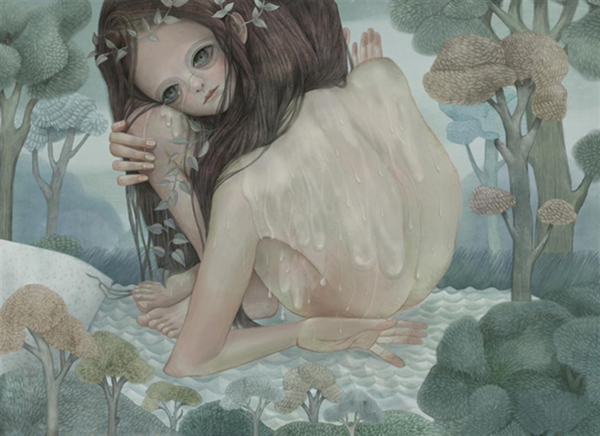 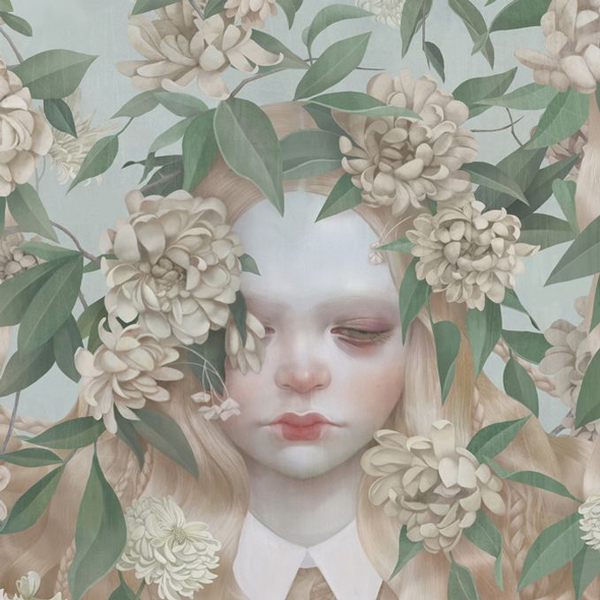 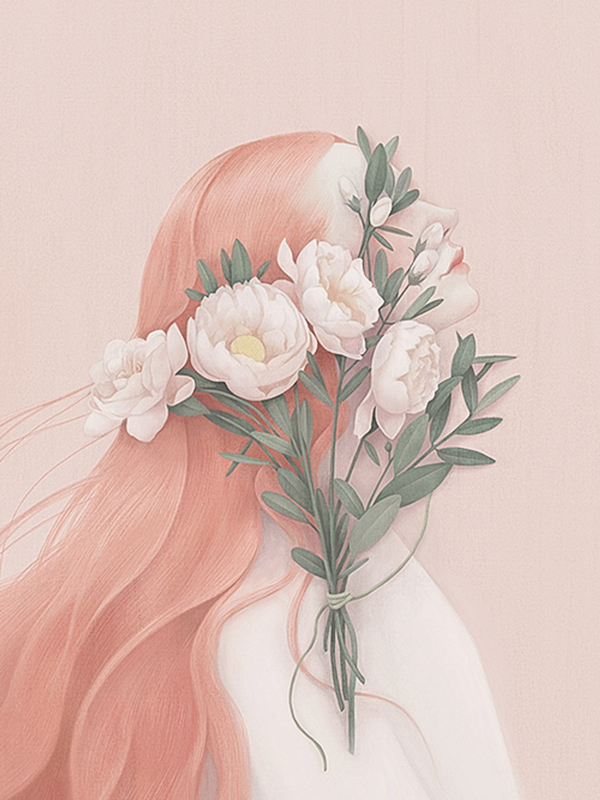 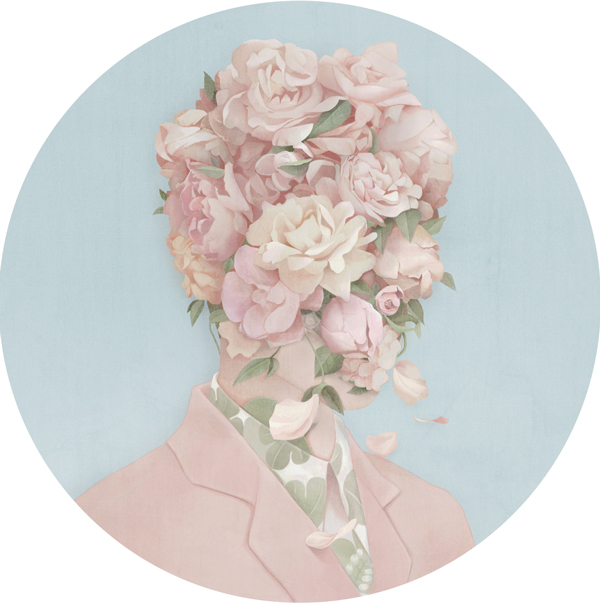 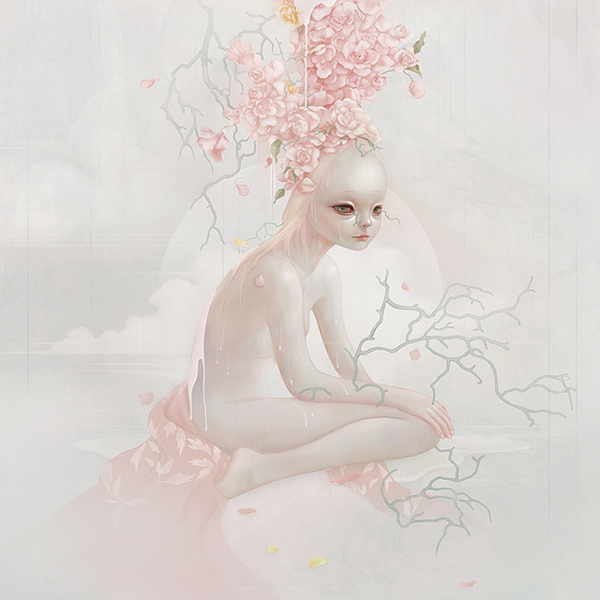 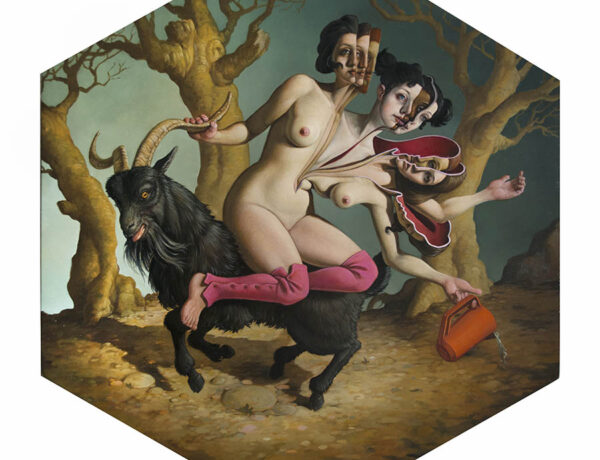 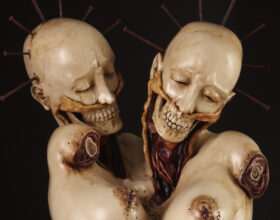 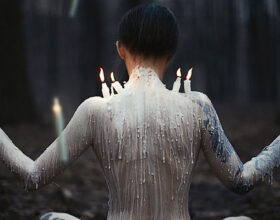 Olivier Valsecchi | When Life and Death Have Sex