“The place of jewellery in history has always been one of personal expression. A jewellery collection says much about the person. It can tell the story of a life,” says e.g.etal – the Melbourne-based gallery exhibiting (until 23 November 2014) ‘Till Death’, a collection of new precious stone rings by revered artist and taxidermist, Julia deVille. 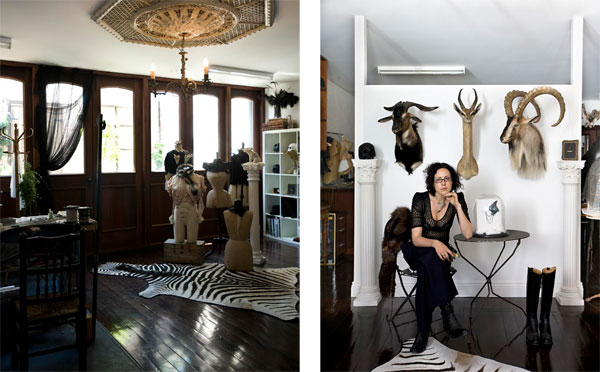 deVille’s new body of work comprises intricately handcrafted large cluster dress rings in silver and gold. Many of the new rings feature old-style ‘rose cut’ diamonds which have been reclaimed from antique rings. To source these gems, deVille scoured auction houses, markets in Paris and New York and deceased estates – buying up old rings and disassembling them to be transformed into new works of art.

deVille is inspired by the sentimental value of jewellery. “I love the idea of using jewellery that has a story – incorporating older pieces that may have travelled around the world, been worn by many people and lived different lives. I see my work as a way of continuing that story.”- deVille 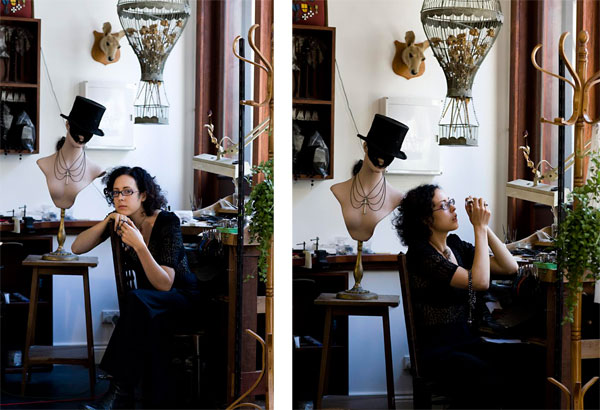 The artist’s rings are distinctive and contemporary, yet with a depth of history imbued by antique materials and deVille’s Gothic aesthetic. Through deVille’s considered craftsmanship, each ring takes on the appearance of a collection of family heirlooms that have been melded gracefully into one piece.

The exhibition’s name, ‘Till Death”, evokes deVille’s fascination with the acceptance of mortality, as well as the lifelong relationship we have with special pieces of jewellery. Inspired by the Memento Mori jewellery of the 15th to 18th centuries, deVille incorporates symbols of death throughout her work. Tiny hidden skull motifs are buried within some of the stone settings, unable to be seen when the ring is worn, but ever-present – a celebration of life through an acknowledgement of our own mortality.

She expands on this theme in her Artist Statement, which you can find on her website.

“I incorporate the symbols of death throughout my work because I think it is important to identify with the concept that we are mortal creatures. I believe if we can accept our own mortality, we can, in turn, appreciate the significant of life.” (deVille in her Artist Statement) 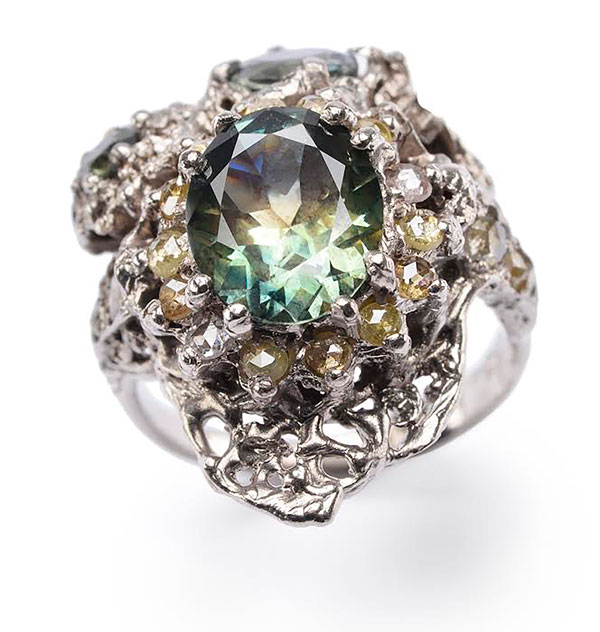 Beautiful Bizarre touched base with the friendly faces at e.g.etal (s/o to Simone for this one!) to get some post-launch feedback of Till Death’s official opening, held at the gallery on… the Eve of Halloween!

“Julia has been exhibiting in some formidable galleries of the past few years and has built a strong following, so it’s no surprise the launch of her new exhibition drew a crowd – especially as this is going to be her last major body of work until 2016. Guests sipped on champagne and Hendricks gin on a sultry Melbourne night, admiring the new works which were displayed in antique glass jewel cases sourced on Julia’s travels. Seeing the works up close, you can’t help but be drawn in to the intricate details of Julia’s pieces: the considered mix of old and new stones, the labyrinthine settings (some with tiny hidden skulls) and the textural qualities of the metals.” 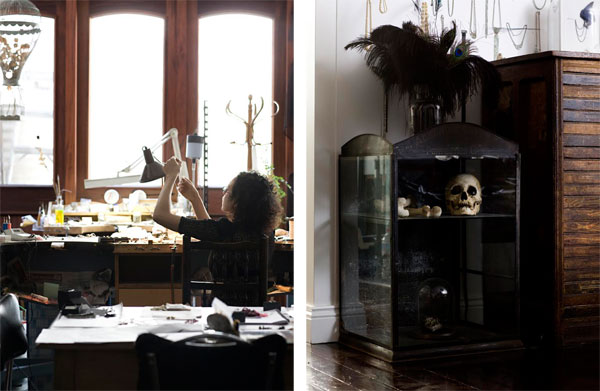 Held in high esteem for for her taxidermy artwork, positioned as a celebration of life and a preservation of beauty, her work has been extensively exhibited in Australia as well as in the USA and Europe. Her Phantasmagoria installation was recently exhibited at the Art Gallery of South Australia for the 2014 Adelaide Biennial: Dark Heart. In early October 2014 BeautifulBizarre wrote about solo exhibition Phantasmagoria, which took place the Sophie Gannon Gallery. 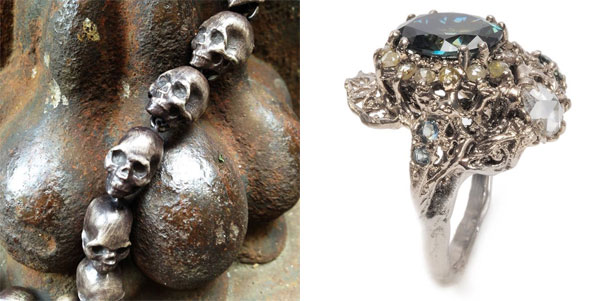 The ‘Till Death’ collection showcased at e.g.etal will be Julia’s last exhibition/body of new work until 2016. After several intense years of exhibiting in a formidable list of galleries, she is taking well-earned break. e.g.etal will continue to stock Julia’s jewellery throughout this time. See video footage of Julia deVille at work in her studio HERE. 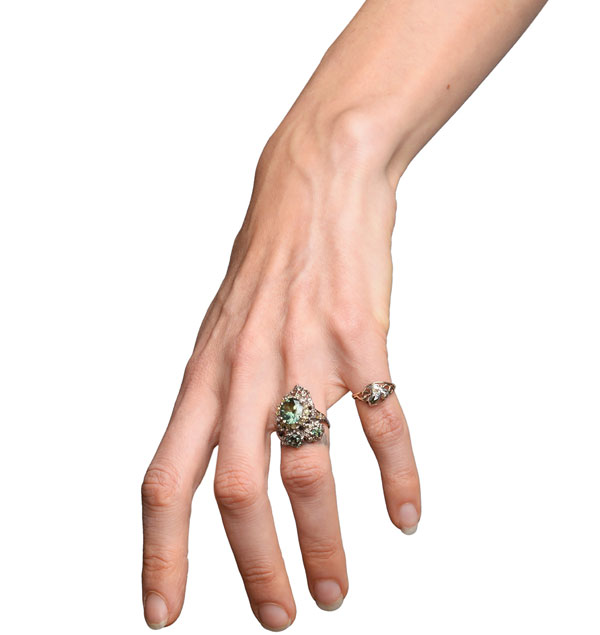 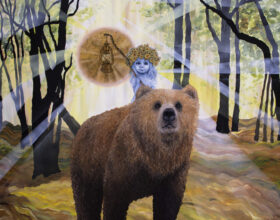 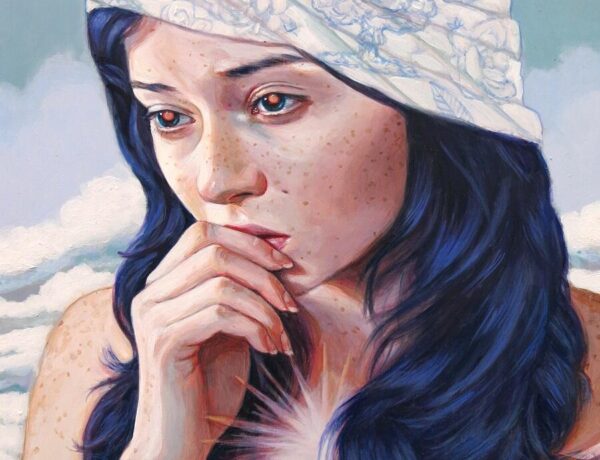 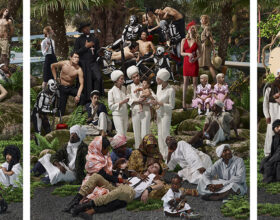 The Road to Elysium @ HEIST

Samuli Heimonen: between the visible and the unseen world