Upon first sight, Dan Baldwin’s works explode across the canvas in a cacophony of colour, symbolism and high octane joie de vivre. Childhood innocence, Religion, Politics, cultural iconography and pop totems hurl, grate and gyrate against each other in a postmodern after party. His canvas is a battleground with it’s own musicality. Lollypop colours throb the strongest beats. Seemingly disparate symbols like children, knives and crucifix’s form the top layer vocals. Disconcertingly off-key, they still manage to somehow harmonize. Abstractions and spray paint shred through as deep bass and found objects like toys and razor blades complete the piece with a novelty riff.

It’s this multi-layered juxtaposition which is key to Baldwin’s handwriting. Yes there’s hints of Basquiat, Banksy, Fiona Rae and even Hirst but there’s a beautiful idiosyncrasy which defines a Baldwin as a Baldwin. Each piece layers contemporary contradictions over each other till our cultural nonsenses are rendered down to a brutal and often humorous question mark. Baldwin recalls a trip with his wife, “I was in a church in Greece this year and my wife was asked to cover her legs up, and the first image you see when you enter is a man being beheaded.”

It was only after sixteen years, that our British born super nova was actually able to work full-time as an artist. After years of perfecting his craft he’s reached a pinnacle where his aesthetic is robust enough to spread beyond the square frame. Collaborating with Sicilian potter Roberto Gagliano, he’s now producing pimped up vases that are both exquisitely high brow and culturally sexy. Bronzes, silkscreens and fashion cameos have also entered his repertoire as he takes his practice to the next level. “I have created a formula that has enabled me to have total freedom in my work and to go in any direction yet always be recognizable as my work.”

His hellishly cheerful depictions are belting their way beyond the white wall. Viewing them is like being slapped in the face then showered in sherbet. And in our often very beige world . . . that feels like a good kind of kinky. 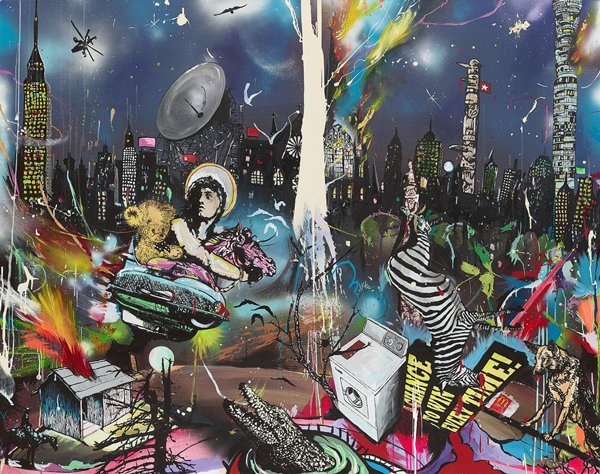 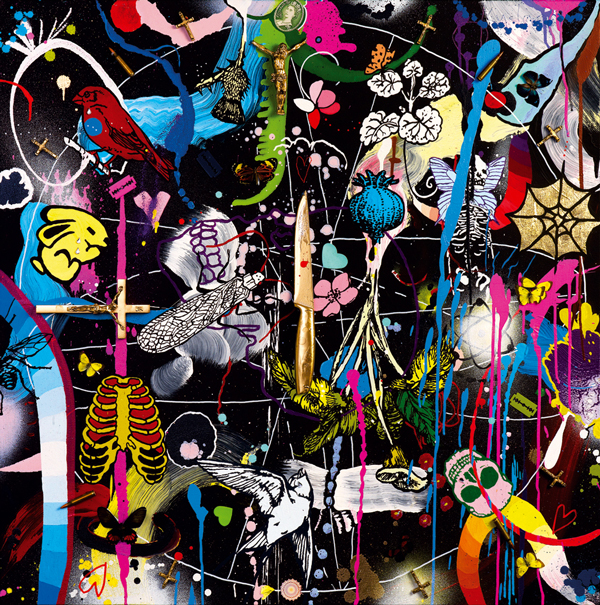 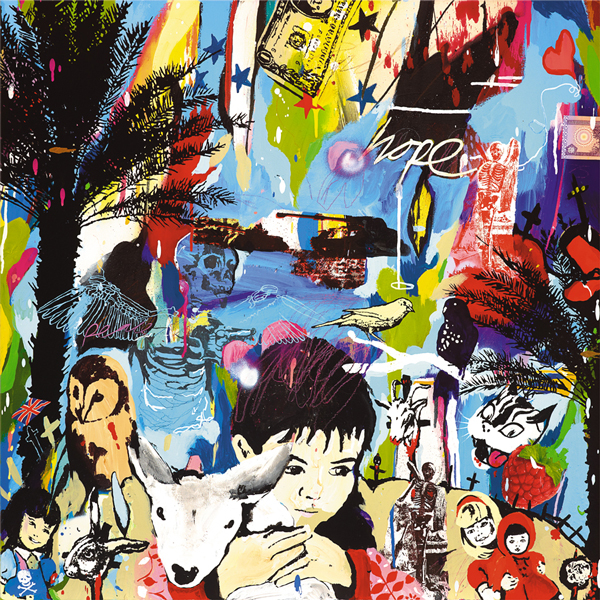 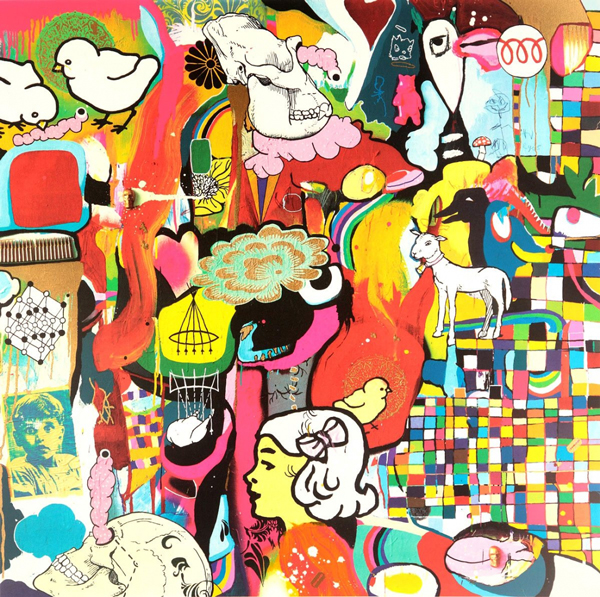 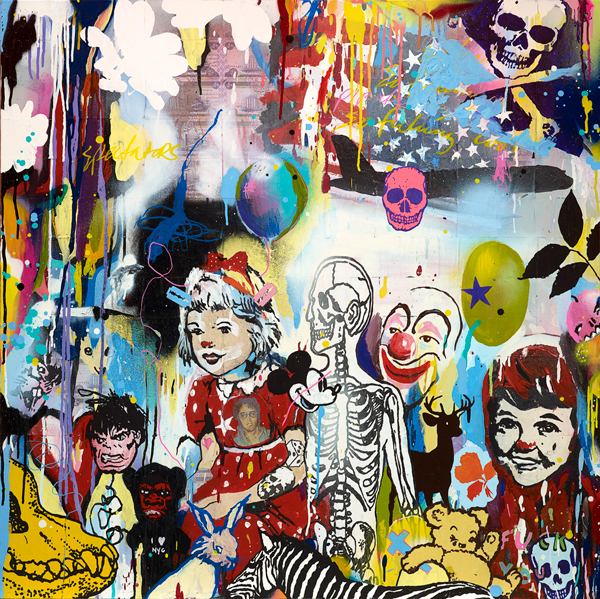 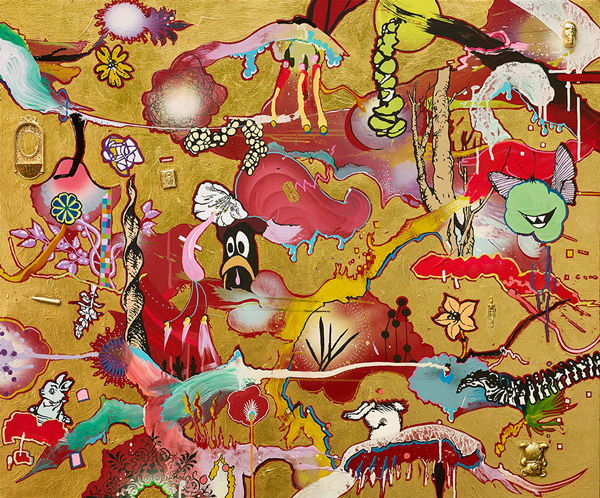 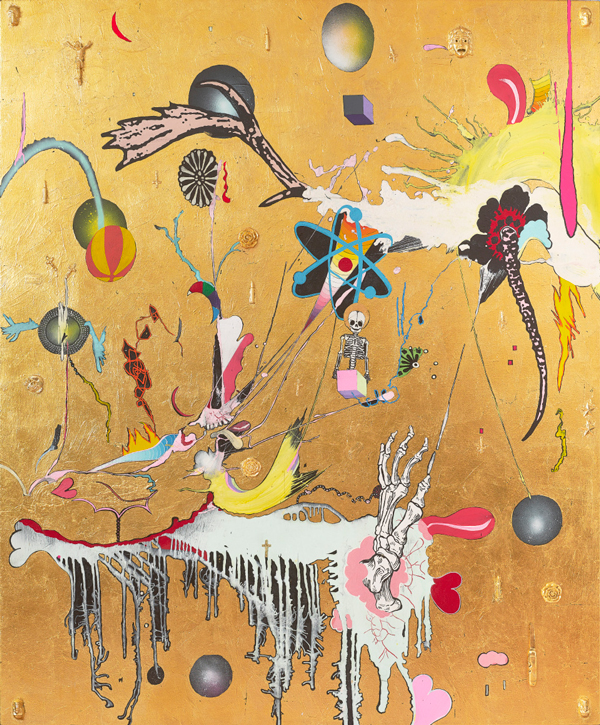 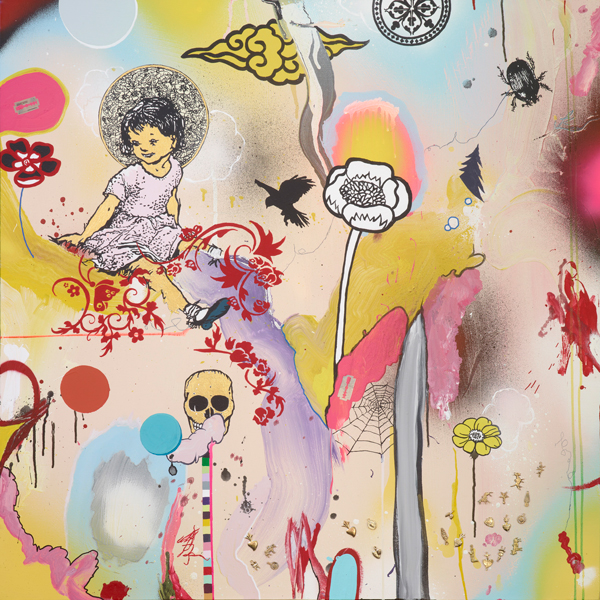 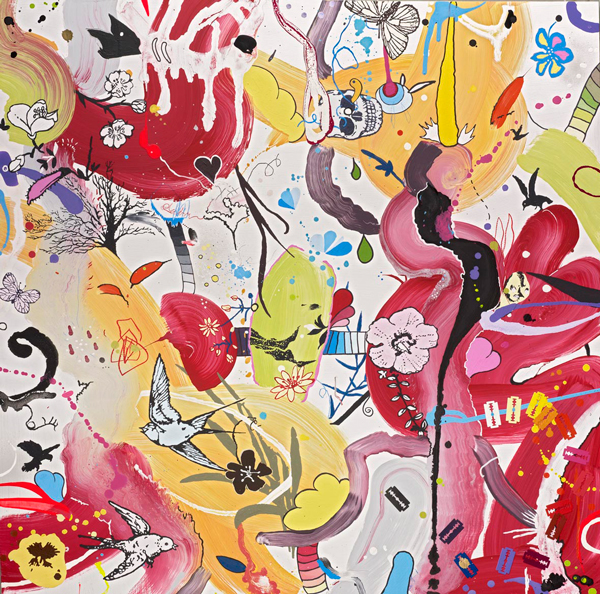 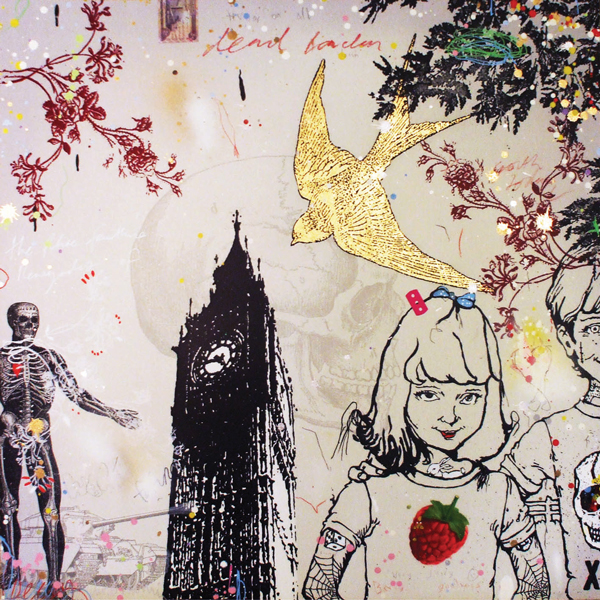 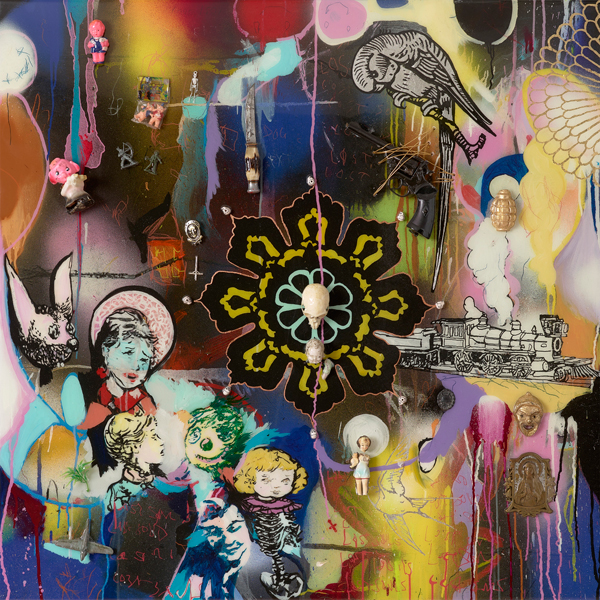 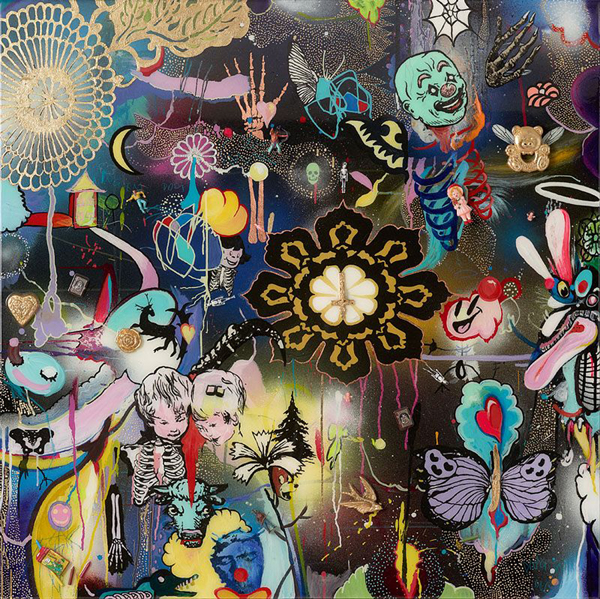 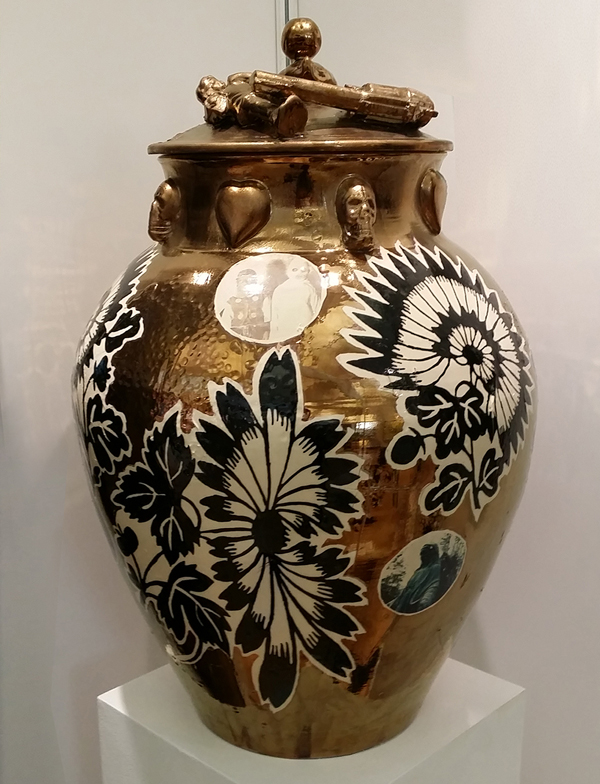 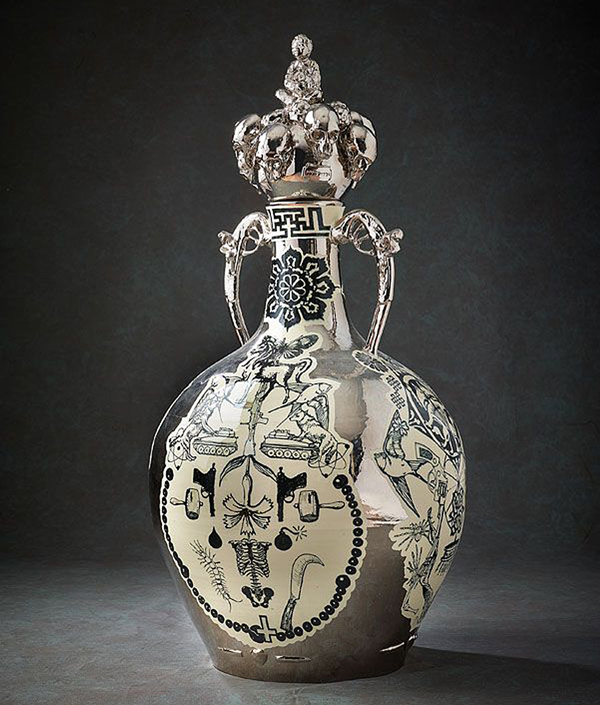 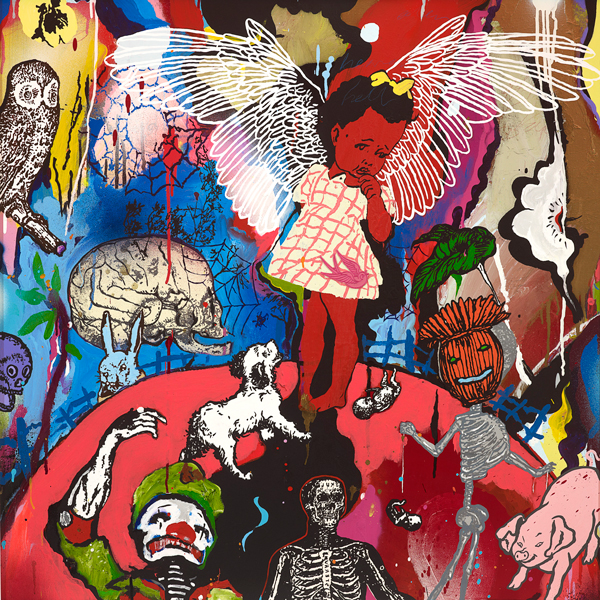 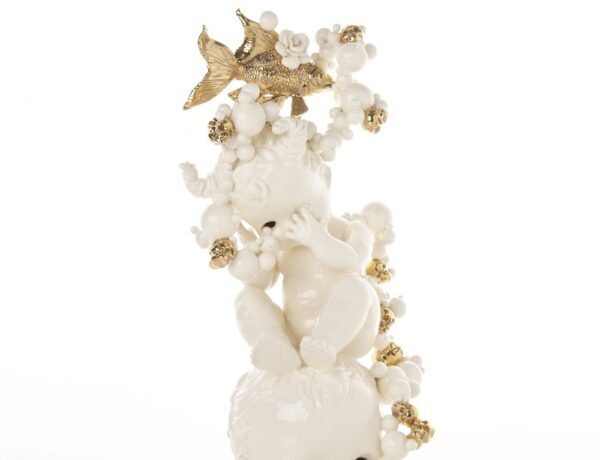 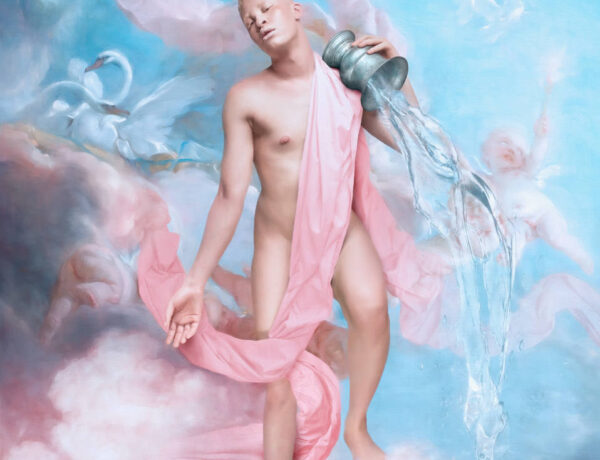 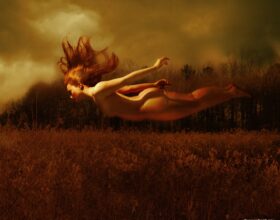