The Art of Tenia: Enthomology of Illusion

Tenia is a 28 year old illustrator working in a graphic design agency in Sicily (Italy) designing video game characters for French and German companies. This industrious young man, art enthusiast since his childhood, is a self-taught graphic designer who translates his overflowing imagination with the help of a graphic tablet and Photoshop. His universe is dark, creative and eye-catching. Behind the name ‘Tenia’ is Gianluca Gambino, this dual identity echoing the distinctive characters her creates. The duality of man and life is at the center of Tenia’s work, as humans hesitate between good and evil, life and death. But the second pair of eyes brings to focus the world of divination and illusion. Each image reminds of an occult Barnum & Bailey Circus, with its bunch of vintage fortune tellers, puppeteers, escape artists and other Freak Show characters. Each portrait is studded with sibylline details such as tarot cards and other morbid yet poetic elements. Esotericism and magic are also tied up with subconscious, fate and death, as the dark aesthetic of Tenia borrows from the Surrealism (of Magritte for example), Baroque Vanitas and those post-Victorian bloodcurdling photographs of dead families. The static characters are like remains in their satiny coffins. Emphasizing the idea of death is the presence of insects in every digital painting. Interestingly, ‘Tenia’ is the Italian word for tapeworm: is this another ironic game of this enthomologist at heart, who is pins humans up, just like butterflies? Step right up, ladies and gentlemen, welcome to the beautiful bizarre show ! 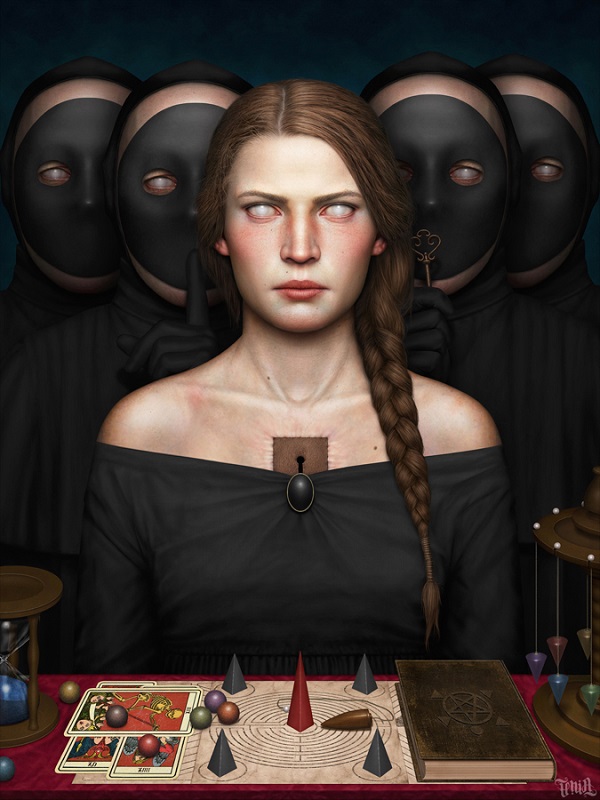 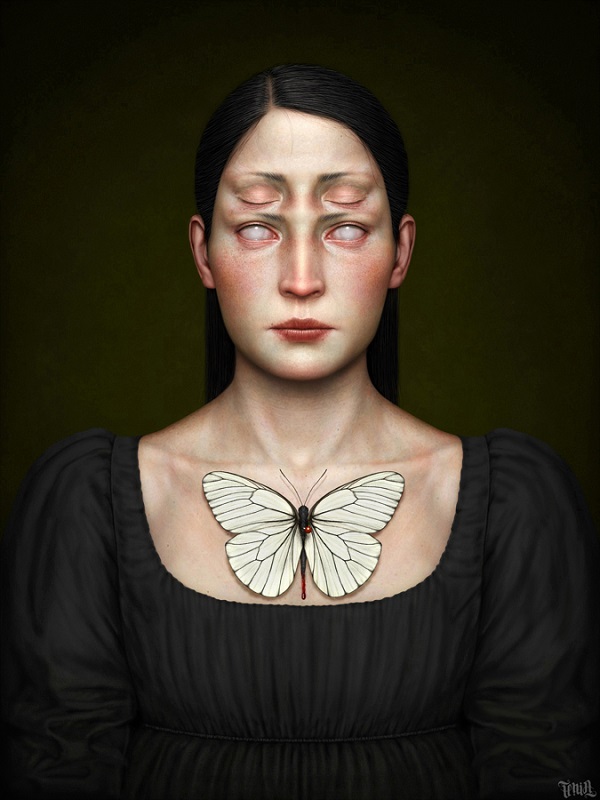 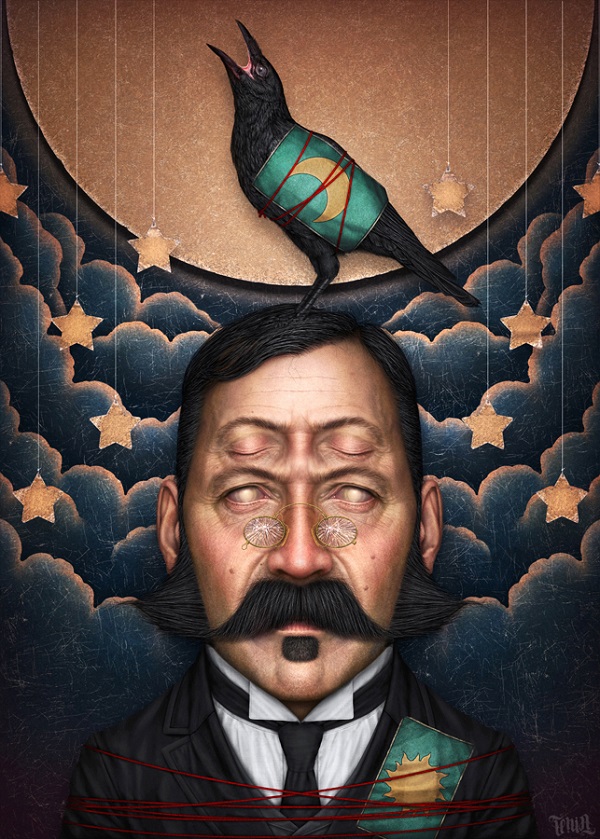 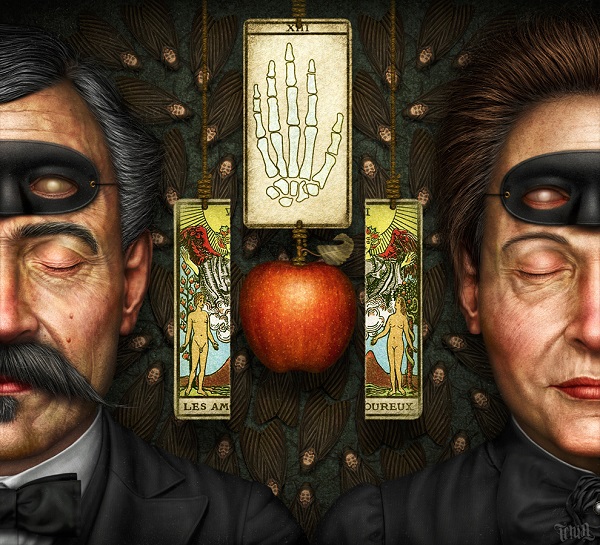 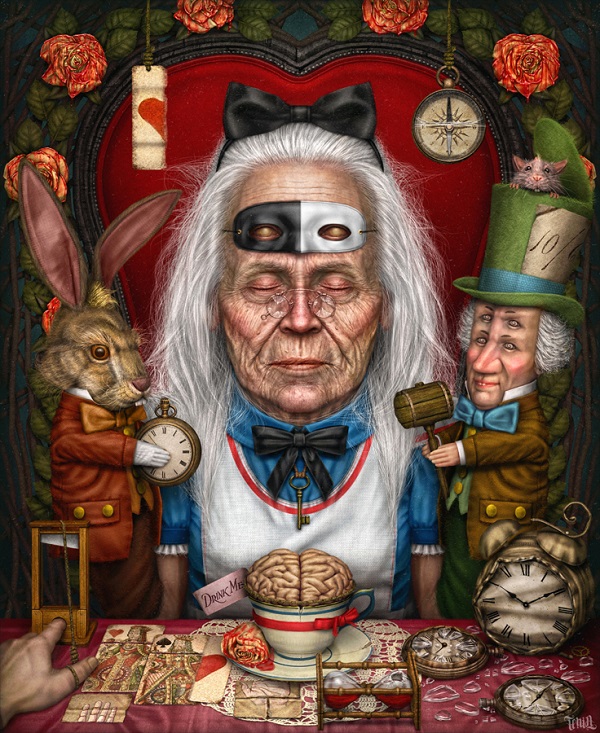 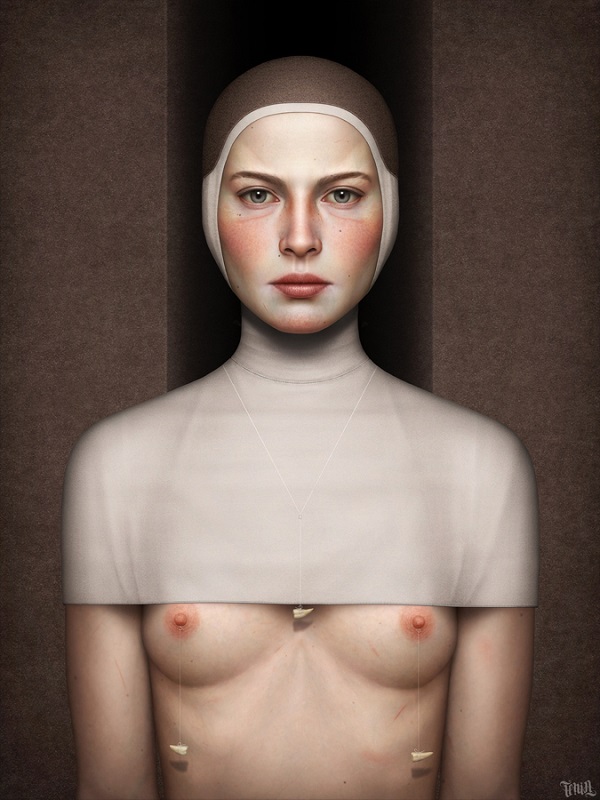 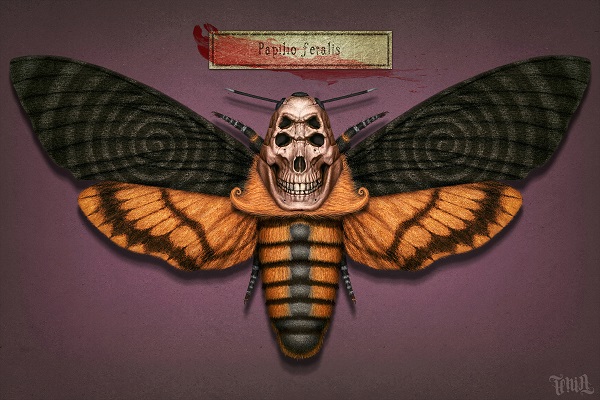 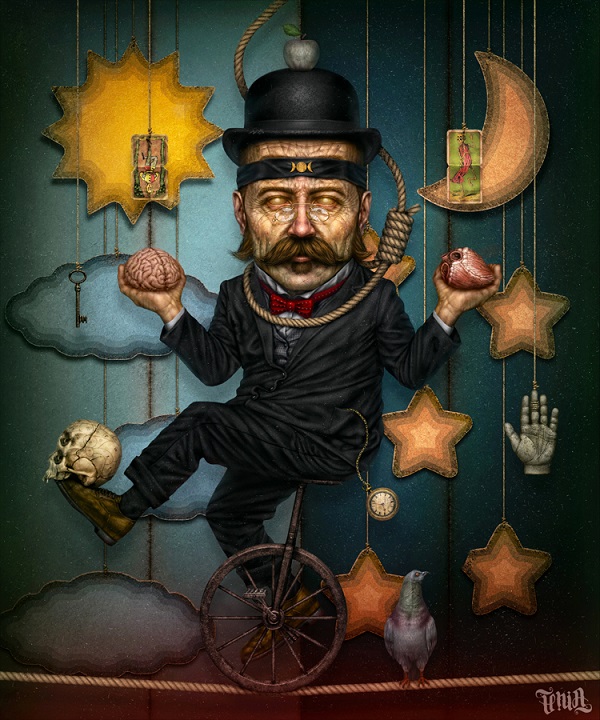 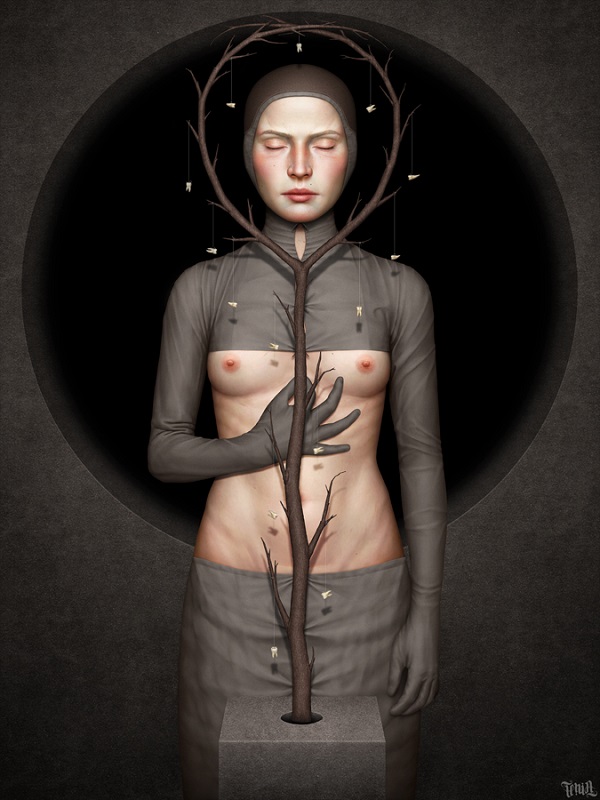 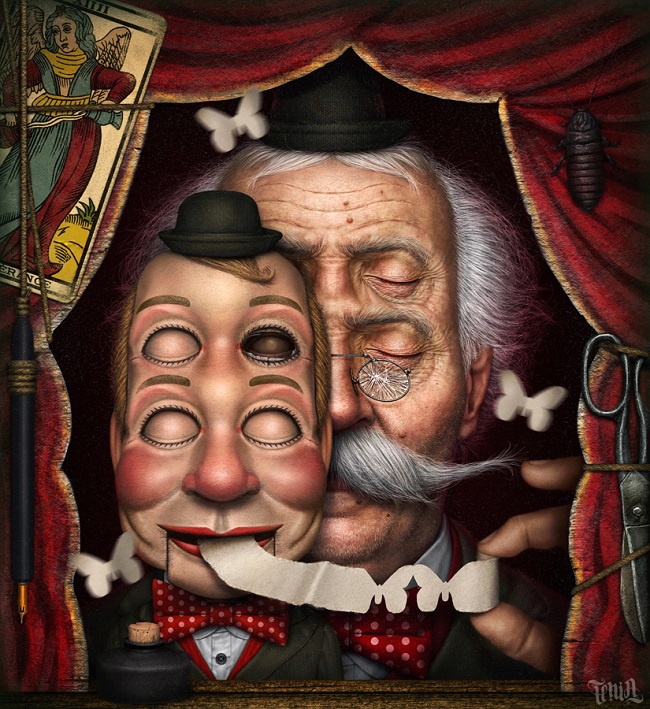 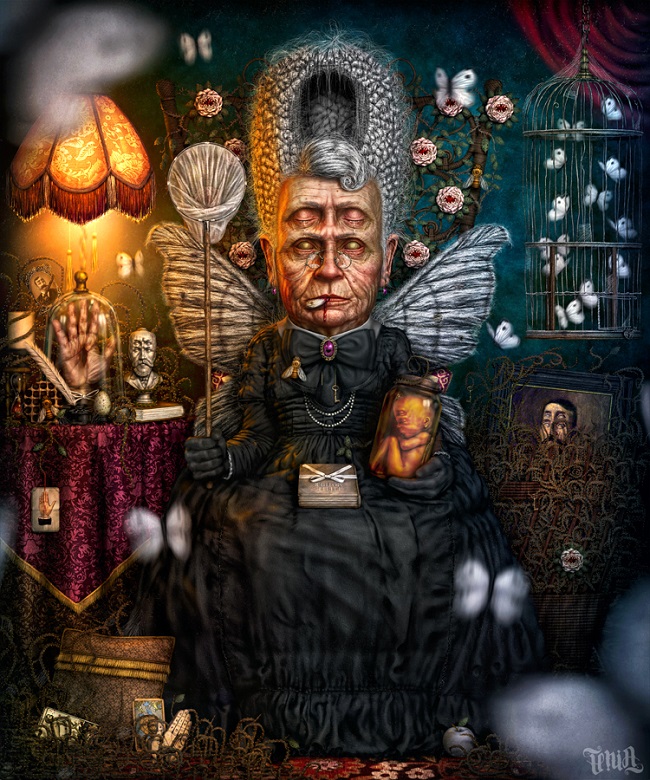 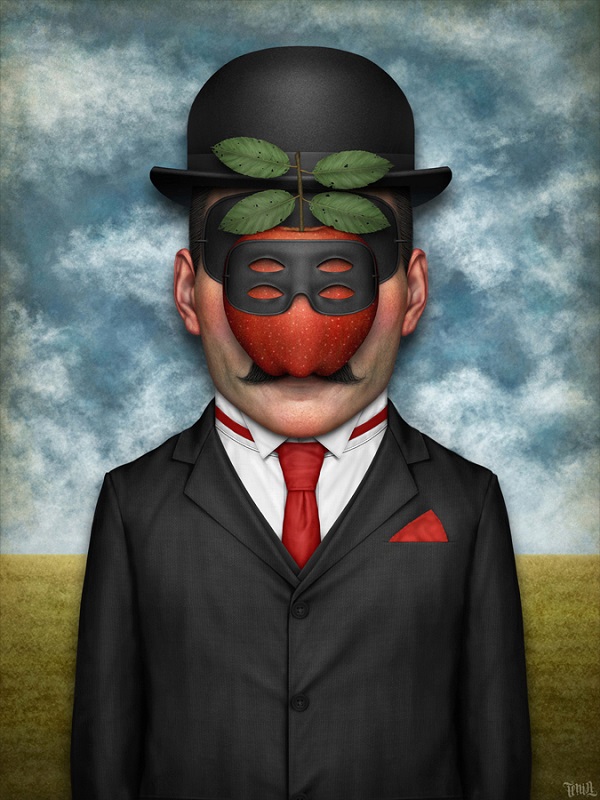 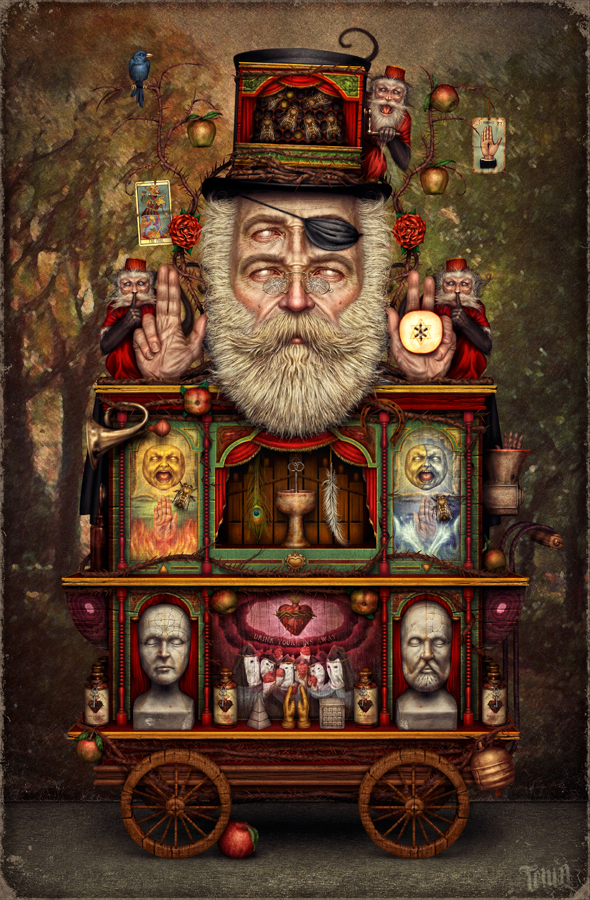 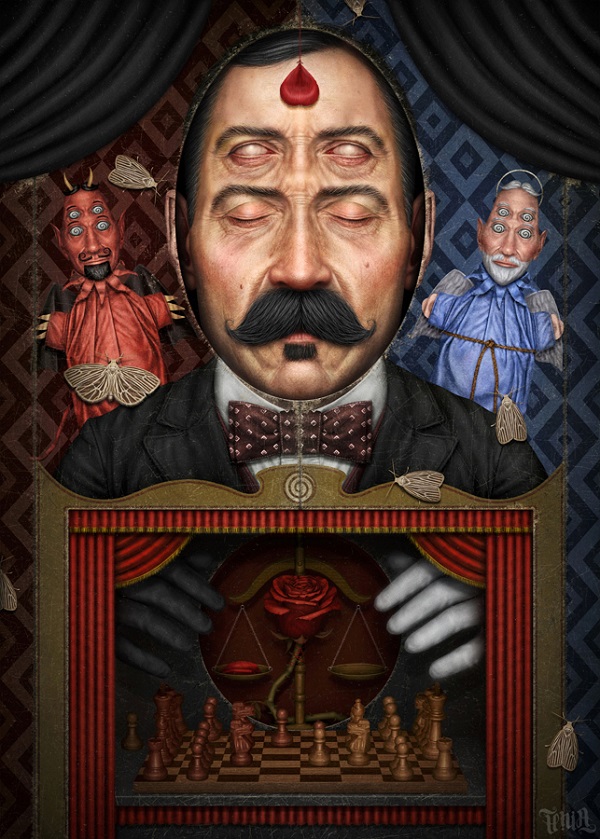 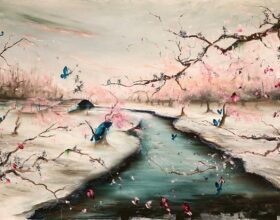 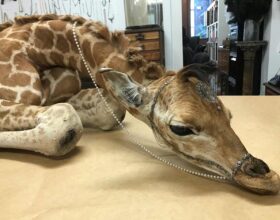 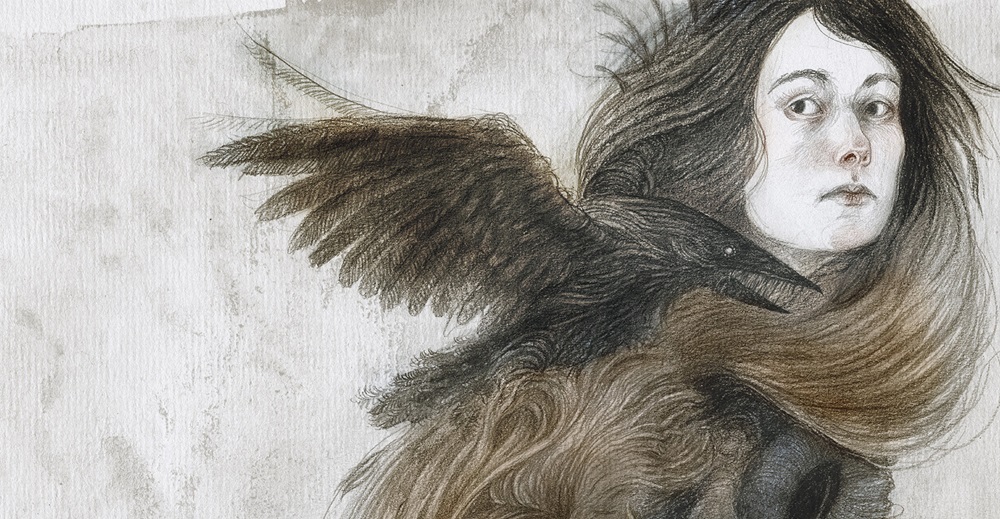 Are you ready for an adventure? Don't miss @verpab