‘…I say never be complete. I say stop being perfect. I say let…let’s evolve, let the chips fall where they may…'(Tyler, Fight Club, 1999)

The aesthetic of ‘being different’ has become both an everyday tool for modern day advertising as well as a matching fit to the drones that can’t help but talk the same pseudo intellectual repetition at mid-week exhibitions. Amongst all the bullshit and bullshitters, there are some individuals who lead a life that really is unique. These individuals are often marginalised for their idiosyncrasies – by those they don’t know and by those they do. Each will grow up to be a strong influence in others’ lives. It is through these fallen angels that we see the beauty in being different. One such individual is 25 year old Lithuanian photographer Marla Singer.

With a penchant for the dark side of pink and consciously neglecting primitive stereotypes this ‘Water-Carrier’ (♒) – who took on the name Marla Singer – was once a ‘little runaway girl from a Lithuanian village who left to scavenge Paris wearing an old bridesmaid’s dress’. She is no longer running away. Yes, she’ll always be a Big Tourist, but travel is a part of her soul. And currently it’s Eastern Europe where she is gravitating toward – a place for her to create projects with bold individuals, both young and old.

Catching up with the once-runaway girl, we go behind the lens and in front the world with a second ‘Marla’ we find ourselves warming to.

Your character comes out in your work, and although I haven’t met you, I would say you are one of the most unique individuals to walk this earth. Have you ever felt marginalised for your opinions, beliefs, style or any other reason? Where did you seek strength and where do you find strength today?

Earlier in my life, I was a terrible teenager, and my parents were always judging every decision I made. But – I was a happy child and in all material ways they supported me. When I was 13 I liked to experiment with my looks and tried every Gothic, punk and avant-garde looks. This was only in front of my mirror though because my mum wouldn’t let me go that way to school (also not a fairy tale!). I think it was then that my passion and interest for fashion began – it’s so sinful but so beautiful.

As a result of the conservative attitude of my parents I was taught that you must be strong, stubborn and to fight for yourself, even though you are different and that was only the start of my fight. Now I believe in the power of experimenting even more because it is only this way that I can discover myself and the world more each day, and it keeps me going forward.

I feel judged every day, but now that everybody knows me as ‘Marla’ it’s easier because ‘Marla’s’ name is already notorious for not having such a positive impression. I can be freer and care less about what society thinks. The main thing that keeps me strong is the people whom I love – my husband, my kid, and my friends – because they know, love and trust me. And despite of my ups ans downs they still believe I’m doing something really good and powerful… and that’s the power. 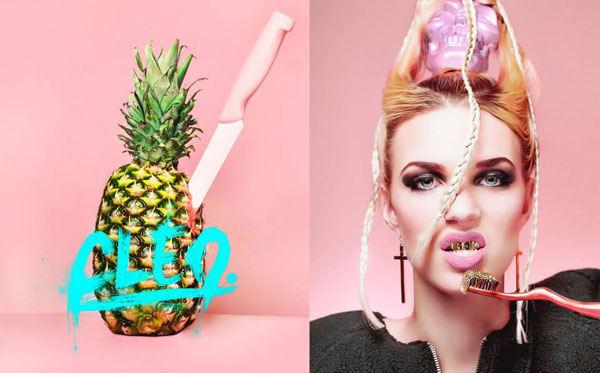 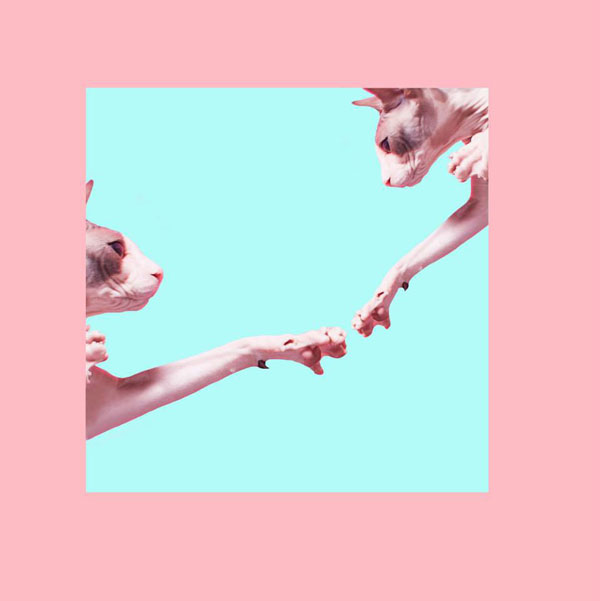 At times the grass always seems greener – I get bored easily. What keeps your mind active, what have you been thinking about lately?

My mind gets bored easily too. My dream is to plan my life in a way that would allow me to travel all over the world staying in each country for a few years. I believe that is life – experiencing, tasting, smelling and living different cultures. Last year I was travelling through all of Europe and at first I thought it was gonna’ be hard but now I love it so much… It’s like a drug or therapy. The thing that keeps me moving is that I’m always too chaotic. Journeys keeps me in harmony and I’m always saying ‘yes’ to new opportunities in life, which is what keeps me out of my comfort zone.

Growing up in the one and then running away to the other… If you could capture 1) Lithuania and 2) Paris in a few words, or in colour or texture, or a memory…. What would that be? 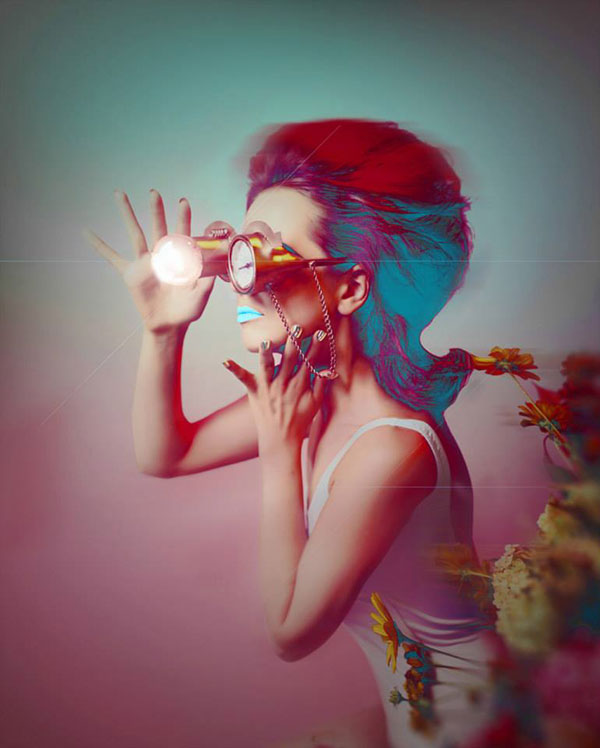 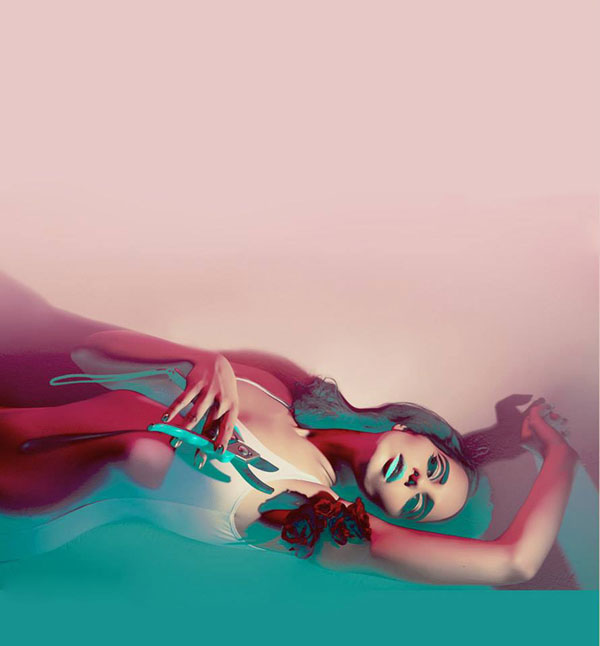 Tell me about your childhood, what are some of the first visual memories you have that you can still recall today in vivid detail?

The most amazing thing for me from all the time I can remember was my mom’s garden. The beginning of each summer was like a dream: the flowers started to bloom, spreading the smell all over the air and it was magical. I did many of my shoots over there.

What was your favourite story as a child?

I read a lot of stories and books when I was a kid, but my most favourite was Astrid Lindgren’s – full of surreal adventure. Also my parents were passionate about cinema, so I saw the Neverending Story when I was four or five and it changed my life, and my dreams. Still now I think of it as a masterpiece. 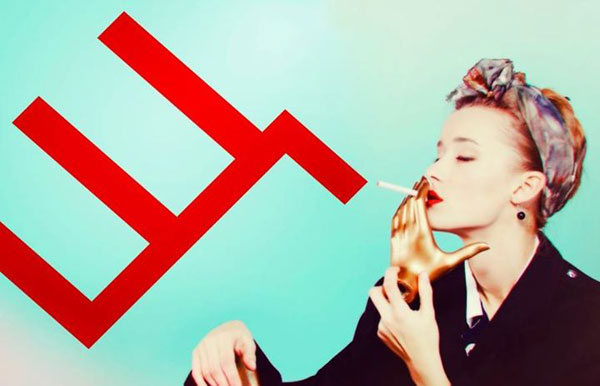 How has life changed since becoming Marla Singer?

It’s a lot easier in one way and much more difficult in the other, because now people expect strange and somewhat shocking things from me. Now I get more freedom in my creativity because I carry this name but sometimes I feel the need to do everything I create in some kinda angry/revolutionary way.

Your work reminds me of a moment frozen in a theatrical or cinematic performance… it has larger-than-life qualities to it and extends beyond a photograph into realms of the sub-conscious. How would you describe your work?

Before becoming a photographer I was very, very into theatre and cinema. At first, I really wanted to become a film director, but somehow I felt too scared. So that somehow lead me to photography. My style – from the beginning till where I am now – has changed so much that it’s sometimes hard to for me to even figure it out. My main inspiration is fashion, characters, stories, atmosphere and colour. I really like to experiment with surrealism and graphics and I really concentrate on the models’ emotion in the picture. Sometimes I’m ironic, sometimes I’m angry or melancholic. I express it all in my work. 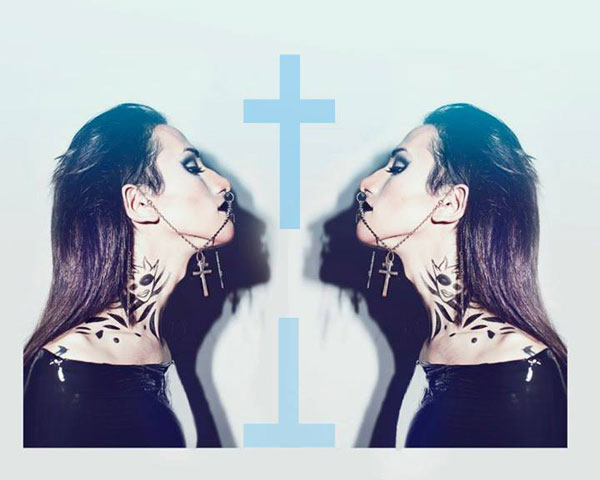 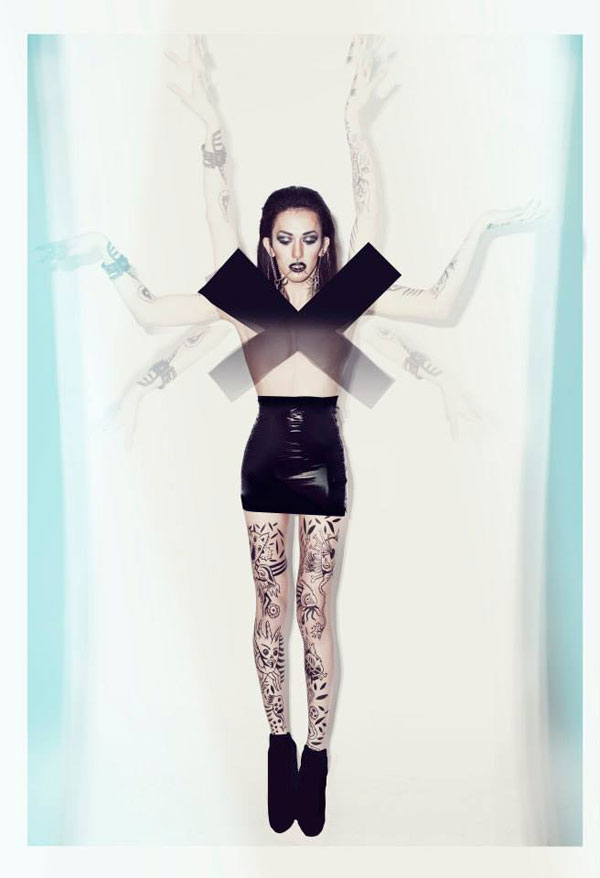 Tell me about your latest shoot and also the video? Who was involved and what is the concept? Did you have fun with the video?

I had a lot of fun and waited for this opportunity for very long time because cinema for me is still a mystical and difficult scene but it was a huge adventure which taught me a lot. There were so many people who helped just because they believe in my work – and I love them. The idea is quite feminist; the story is about a naive girl who starts a war with her feelings and emotions travelling through her surrealistic mind. (*Stay posted for updates on this video!) 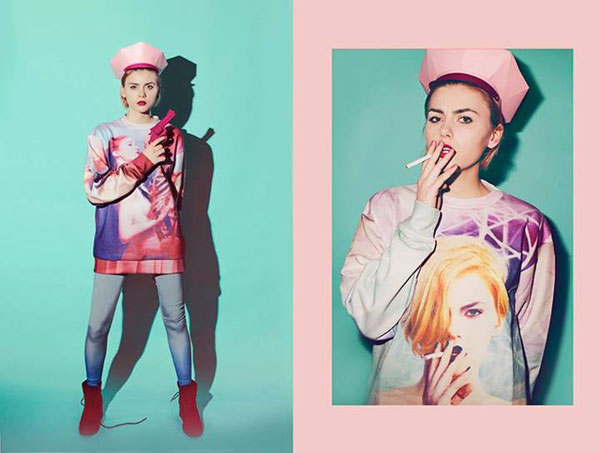 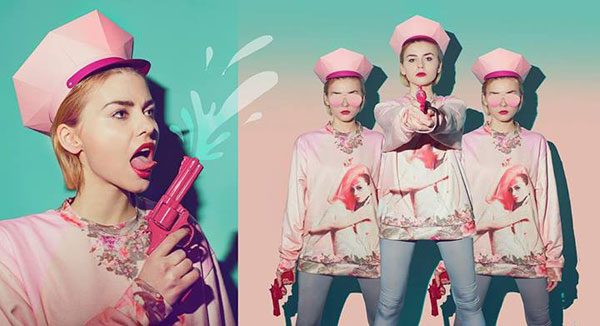 Who is your favourite human being in the world?

It will sound cheezzy, but it’s my kid. He is 1 year old. Each day he wakes up with a big smile on his face and each morning he keeps me going forward.

If you could choose one iconic photo/photoshoot and recreate it in your style, what would that be and how would you shoot it?

I’m always taking inspiration from icons, but then I translate it into my own style. It would be hard just to redo the photoshoot accurately but I would love to interpret Rene Magritte’s paintings in my photography.

Who’s doing some really fresh creative work in Lithuania at the moment – whether it be music, art, fashion, photography?

There’s a lot of different stuff going on in Lithuania. I really love Mother Eleganza, and Nympha in the fashion scene. The music stage is very good, there’s a lot of new young bands full of fresh ideas – Golden Parazyth, Ba, Rasa Basa, Skamp, and Topical Chaos. I also really love the pictures of young and talented Linas Masiokas. 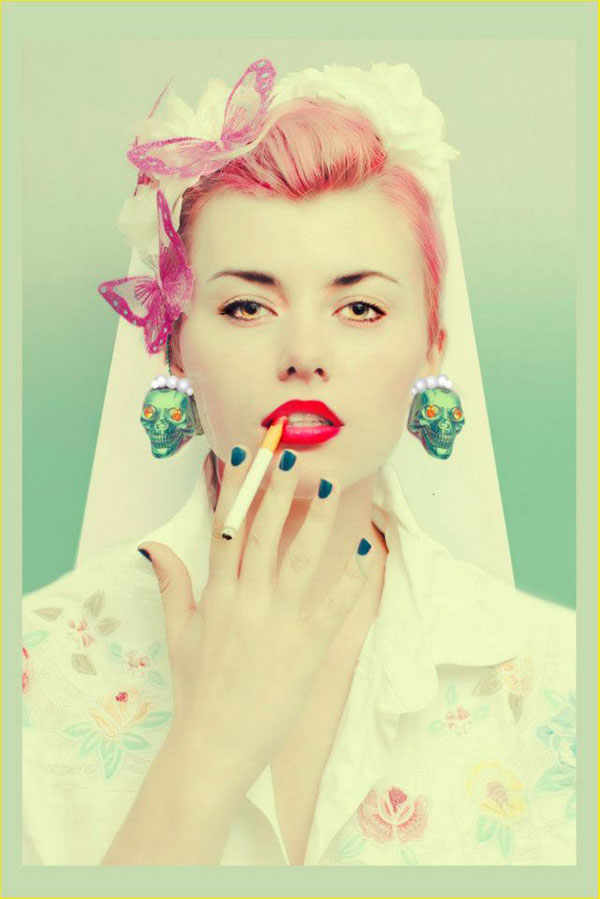 What language do you think in?

It depends what I’m doing at the time. Right now I’m thinking in English

Tell me something people would not expect about you?

When I feel sad, I listen to the Bee Gees.

I think it’s the combination of colours that matters. Colours are like notes, you couldn’t make a song from one note. At the moment, I really love to mix everything with peach-pink.

Lastly, please tell me the first thing that comes to mind when you read the following words: 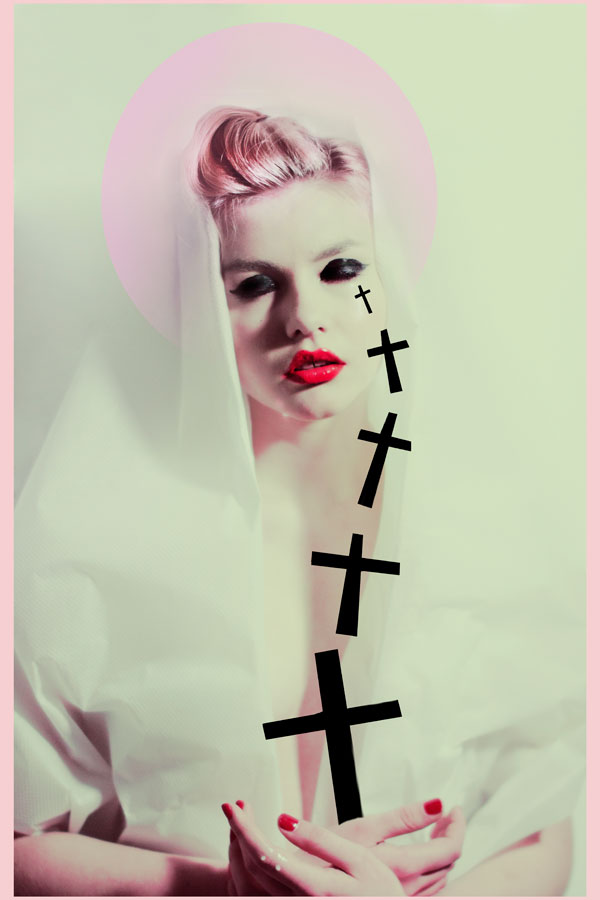 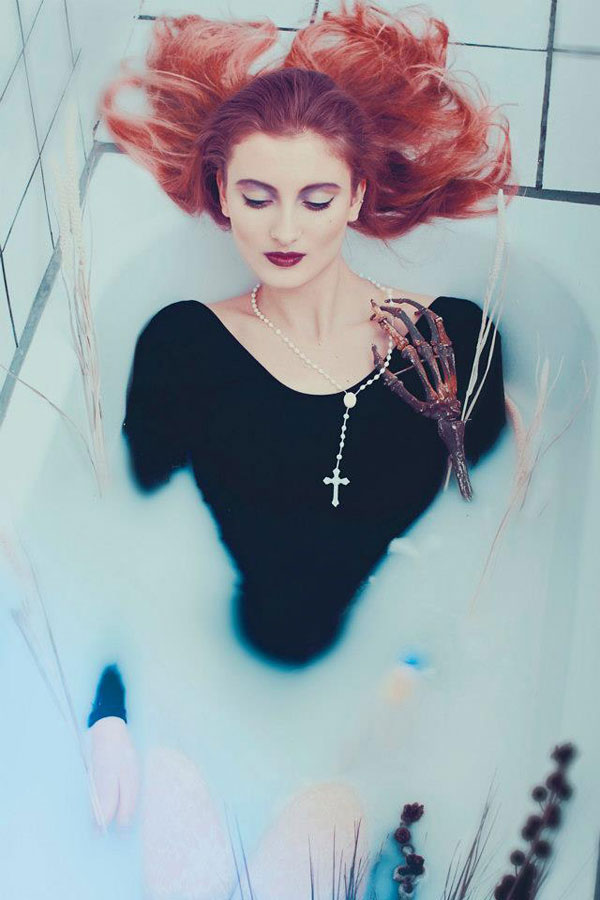 Credits (listen in order of appearance)

For details on all images and shoots, check out Marla’s Facebook page, here 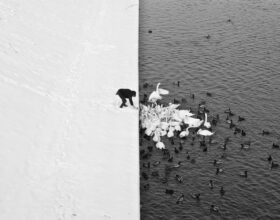 Photogasm: I Have A Dream 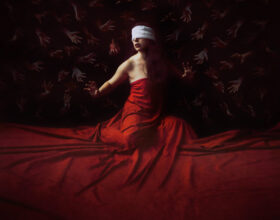