Born to a couple of art historians in Poland, Zan Von Zed grew up wandering the halls of the medieval castle/museum where her parents worked. After (willingly) relocating to Australia at the age 7 and starting at a new school, she realised that her drawing skills were highly sought after by her 1st grade peers. This was a turning point. When it came time to decide on further study after school, she chose to study Design, thinking it would equip her with more employable skills. Being sorely let down by the lack of technique taught in her Illustration major, she’s now thinking perhaps Fine Art would have been a better direction. But in the end it really didn’t matter, because her work speaks for itself. Zan has studied, exhibited and currently lives in Sydney, spending her free time drawing, painting and chatting to us about 1600s fashion.

This may sound odd, but your noses are simply wonderful. For a feature that can often be forgotten and mistreated by many artists, why is it that you choose to make it so prominent?

Haha I suppose I’ve always liked faces with prominent noses, real noses. Not the whittled-down, Hollywood cookie- cutter ones we’re so used to seeing everywhere, they get a little boring after a while.

Your girls have an amazing sense of style, do you draw inspiration from your own fashion choices?

I’ve had an ongoing romance with historical attire from a very young age and courted the idea of studying costume design but for some reason or other never ended up going in that direction. I probably couldn’t get away with wearing something that looked like it was from the 1600’s, plus it would be too hot in summer. My fashion choices are either layers of black/grey or pyjamas if I can get away with it. 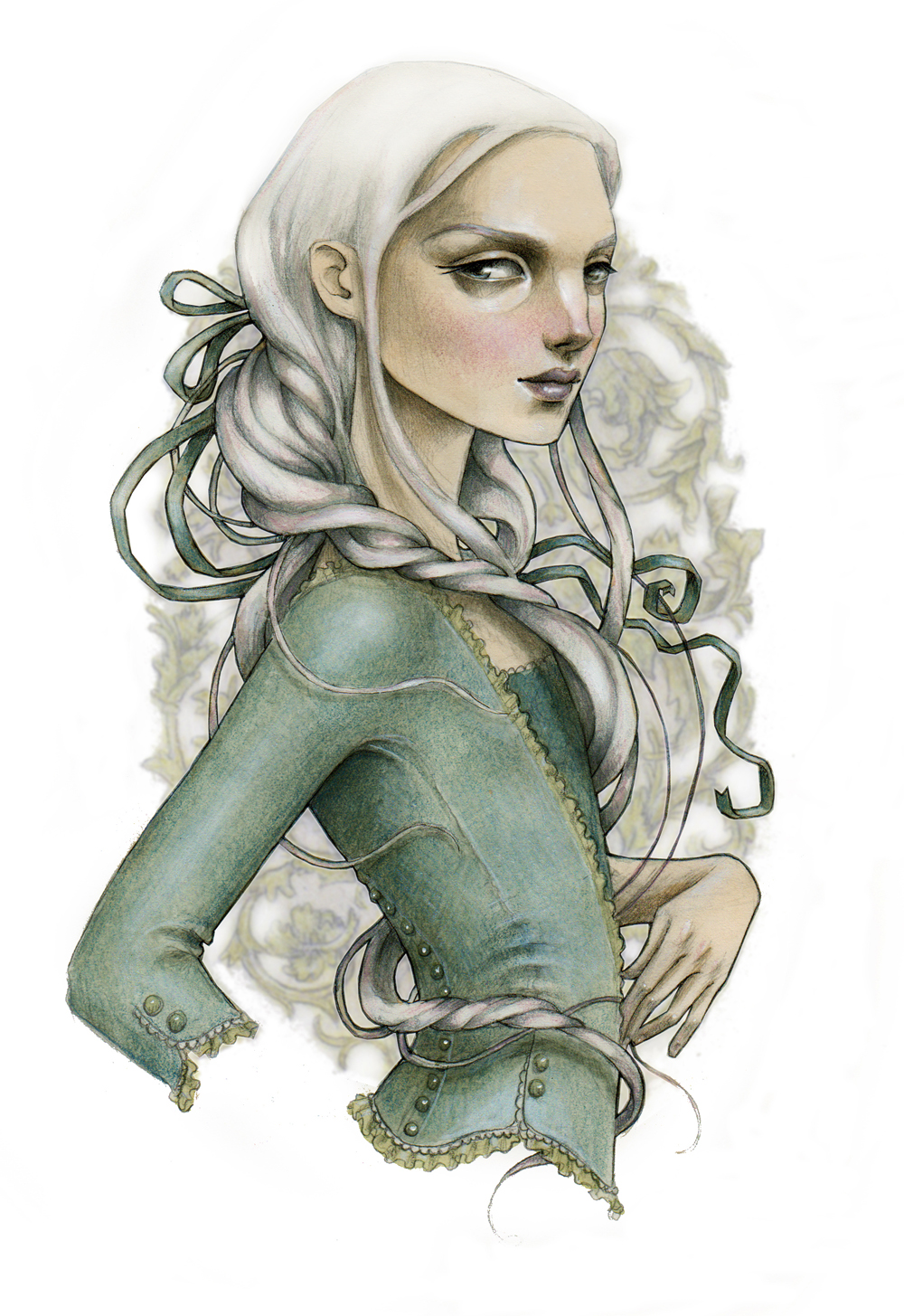 There’s a distinct regality about many of your characters, they seem to exude a quiet strength and dignity. Is there a back-story to one of your pieces that you can share with us?

To be honest none of them have back stories, they’re made up as I go. Generally, I start with a face and if it looks alright I’ll keep going with the rest of it. If it’s a dud, I move on. Whatever else is happening in the image is not usually premeditated beforehand. I’ve tried doing that, it doesn’t work for me. I kind of like letting the viewer fill in the blanks. A couple of times I’ve had a dream or a mental image pop into my head and tried to depict it, but it is difficult to capture exactly how you envisage it in your head. As for the strength/dignity, I like to think that all my females are not simply passive, decorative objects but have something else to offer.

What do you find is the most challenging part about being an artist?

Making enough money to pay real life bills (I personally have a day job, since I’ve become accustomed to a bed… and eating food, it sounds opulent I know, #imnotsorry). Also, consistently producing good work even when uninspired is a challenge. 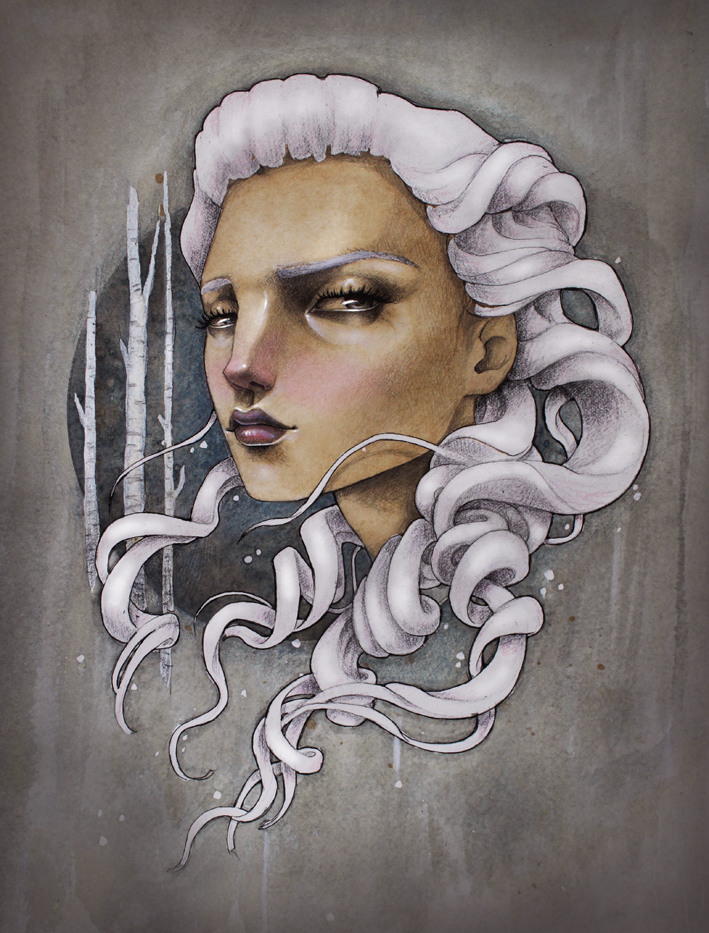 What would you say are your biggest sources of inspiration?

Don’t laugh – but my answer is Pinterest. Followed by a select few Tumblr pages (for the articles, I swear).

What does art mean to you? Is it theraputic? An outlet? A compulsion? A hobby? A career?

For me it’s definitely an outlet. If I wasn’t making art, I’d be making something else like craft and other useless crap… so lucky that. 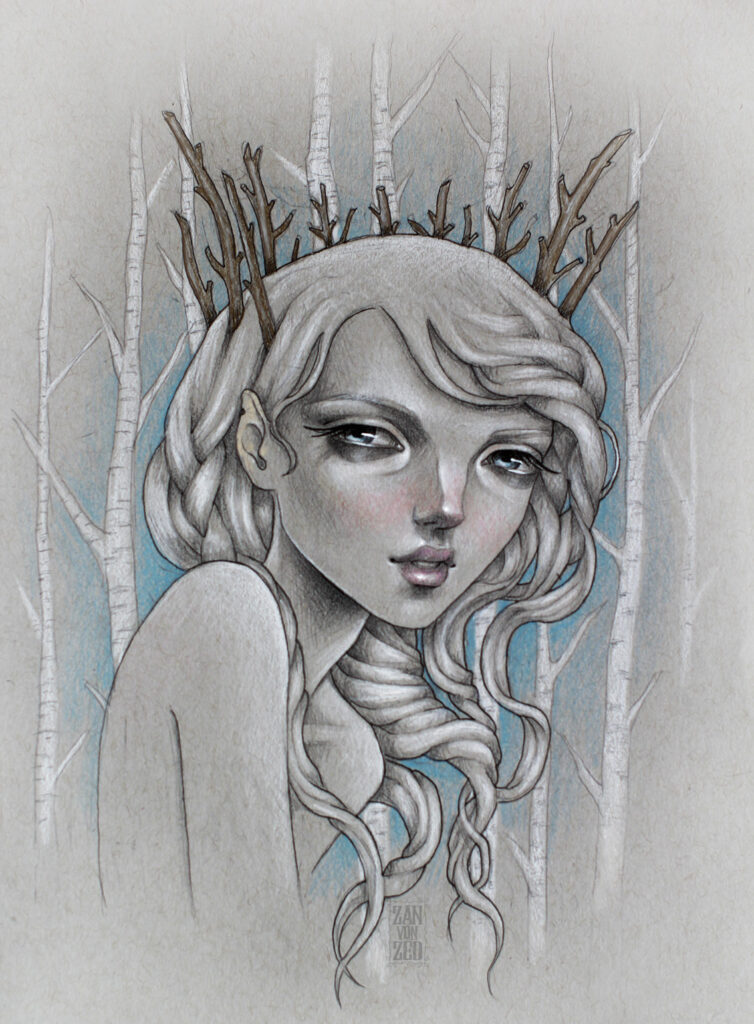 Your work is often intricate and quite detailed, what’s your process for planning out a piece and do you use any reference imagery?

Usually there’s no planning. It evolves on its own. I rarely use reference for faces/characters as it tends to overtake my style and become something else entirely. Also, copying a photo of a model is not very fun for me, they have photocopiers that do that in a fraction of time. If I do use reference, it’s for other things like armour or backgrounds. Or I create an image from composite ideas. For example, I’ll have three different and varied images I like; a roman statue, a puppet and a necklace. I’ll choose elements from each reference I like, for example I like the position of the arms in the roman sculpture, the hair of the puppet and the colours of the necklace, so I’ll incorporate those elements into one artwork. But the majority of my pieces have no reference as I’m also too lazy to look for it once I start drawing, so I make stuff up (it probably started when I was growing up, we didn’t have reference, we had a stick and our imagination).

How long does it usually take you to complete a painting?

Maybe two days for a water colour, one day for a coloured drawing, and weeks for an oil painting.

It seems that a lot of artists’ work ends up resembling themselves in some way, do you think your characters reflect you at all?

It’s possible… but I’ll say no because I can’t see it from my side.

Who’s your favourite artist at the moment?

What’s the best piece of advice you’ve ever been given?

Great advice Zan, but I’m not sure if we should follow it! You can see more of Zan’s work at her Society6 and Instagram. 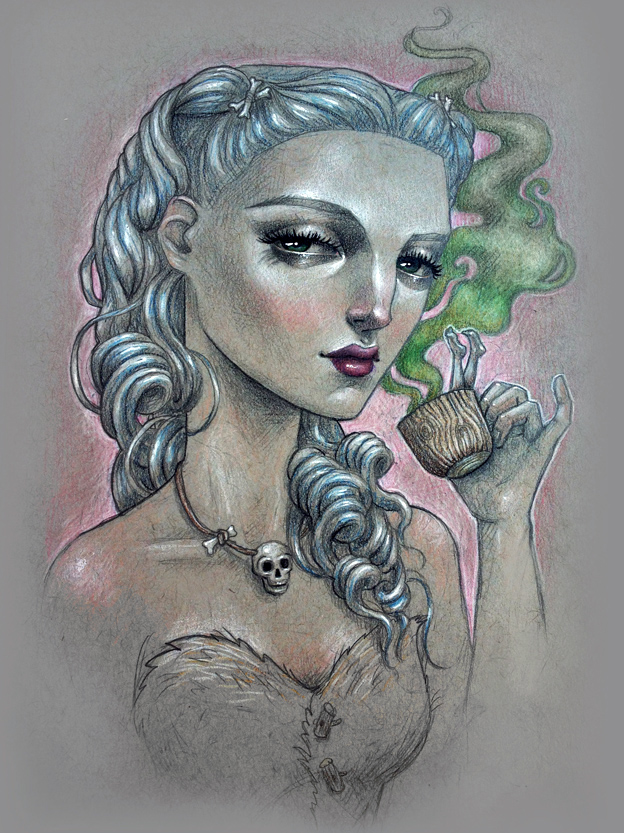 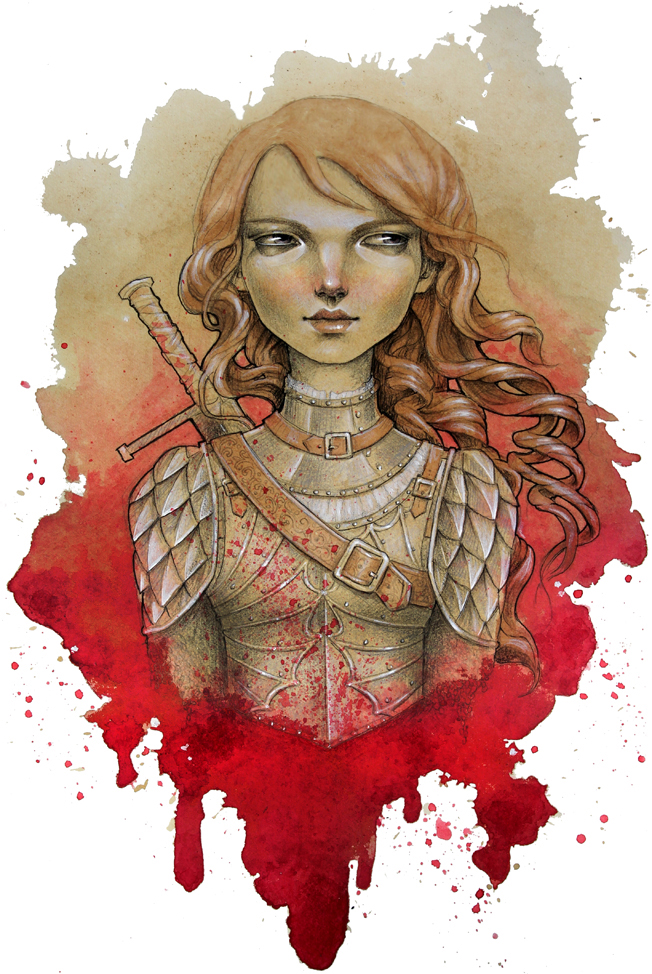 “Roses are Red, Violets are Red, Everything is Red” – Zan Von Zed 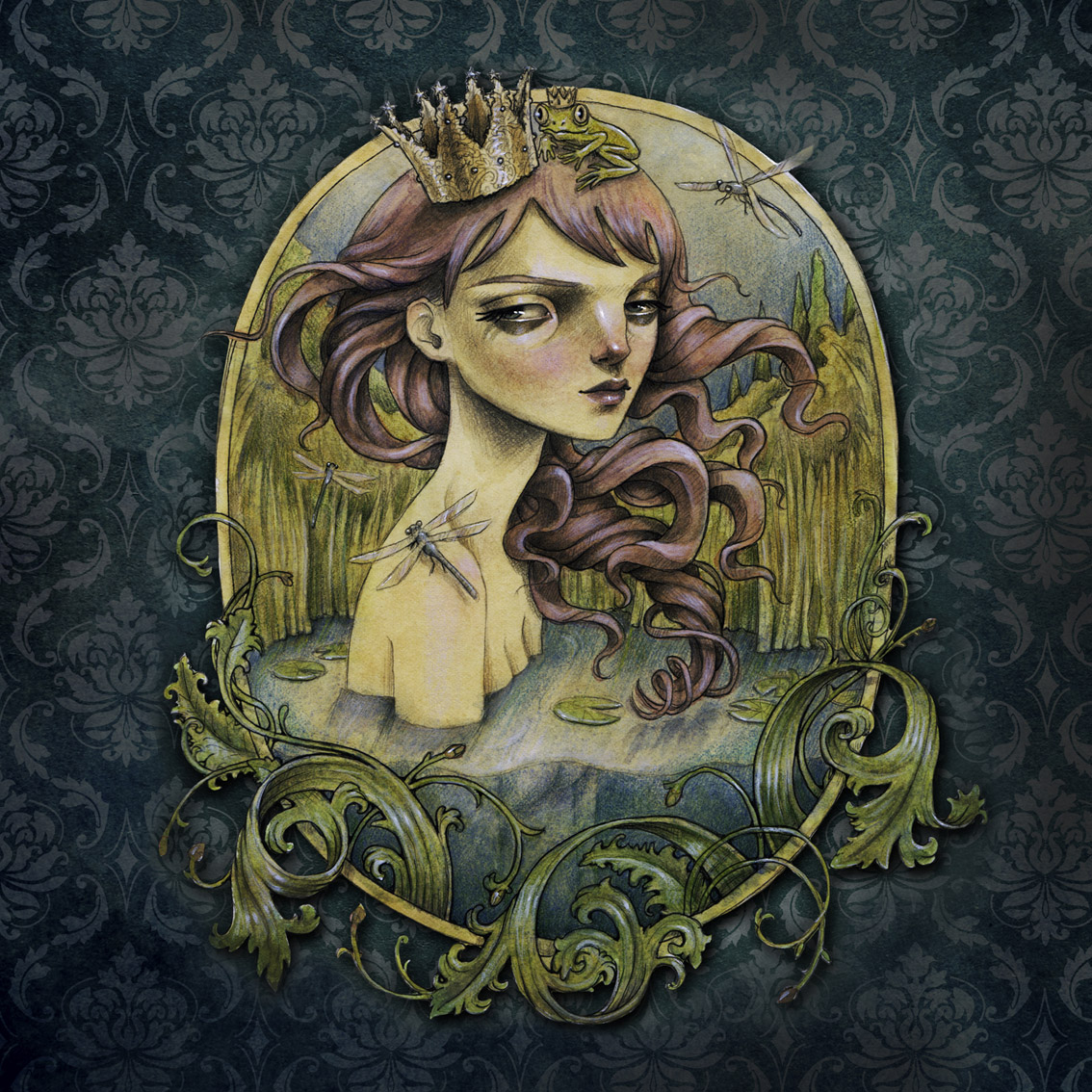 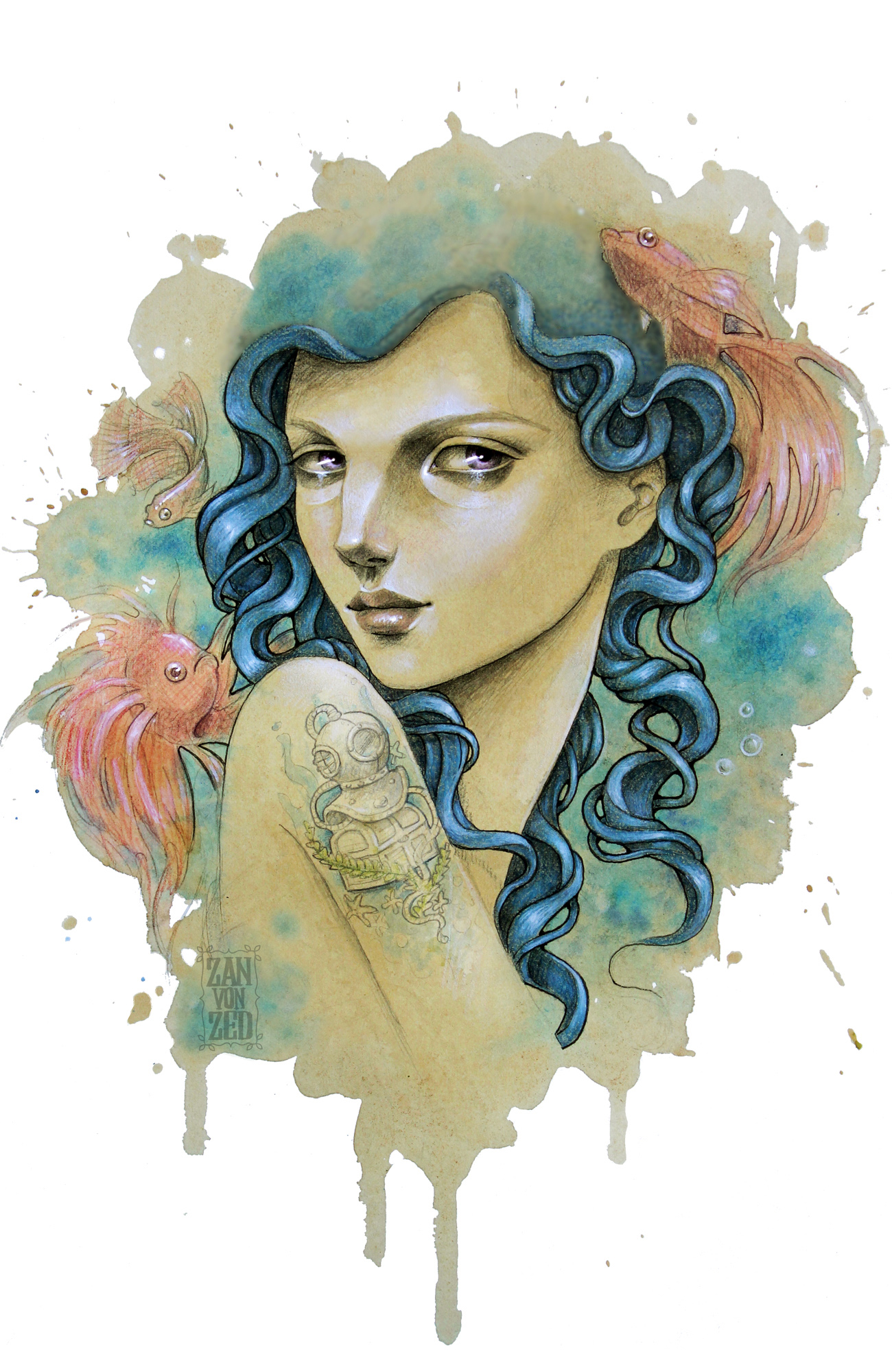 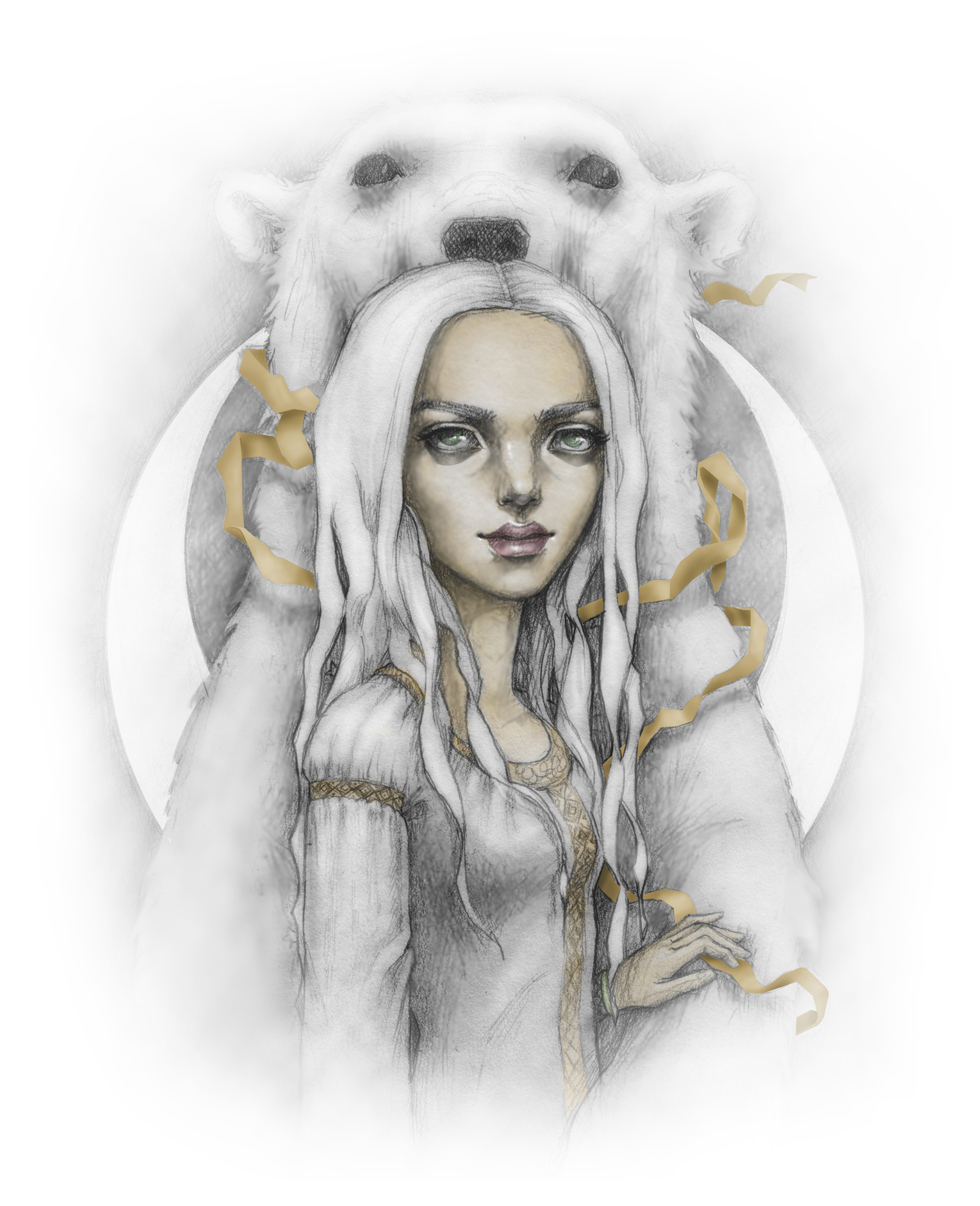 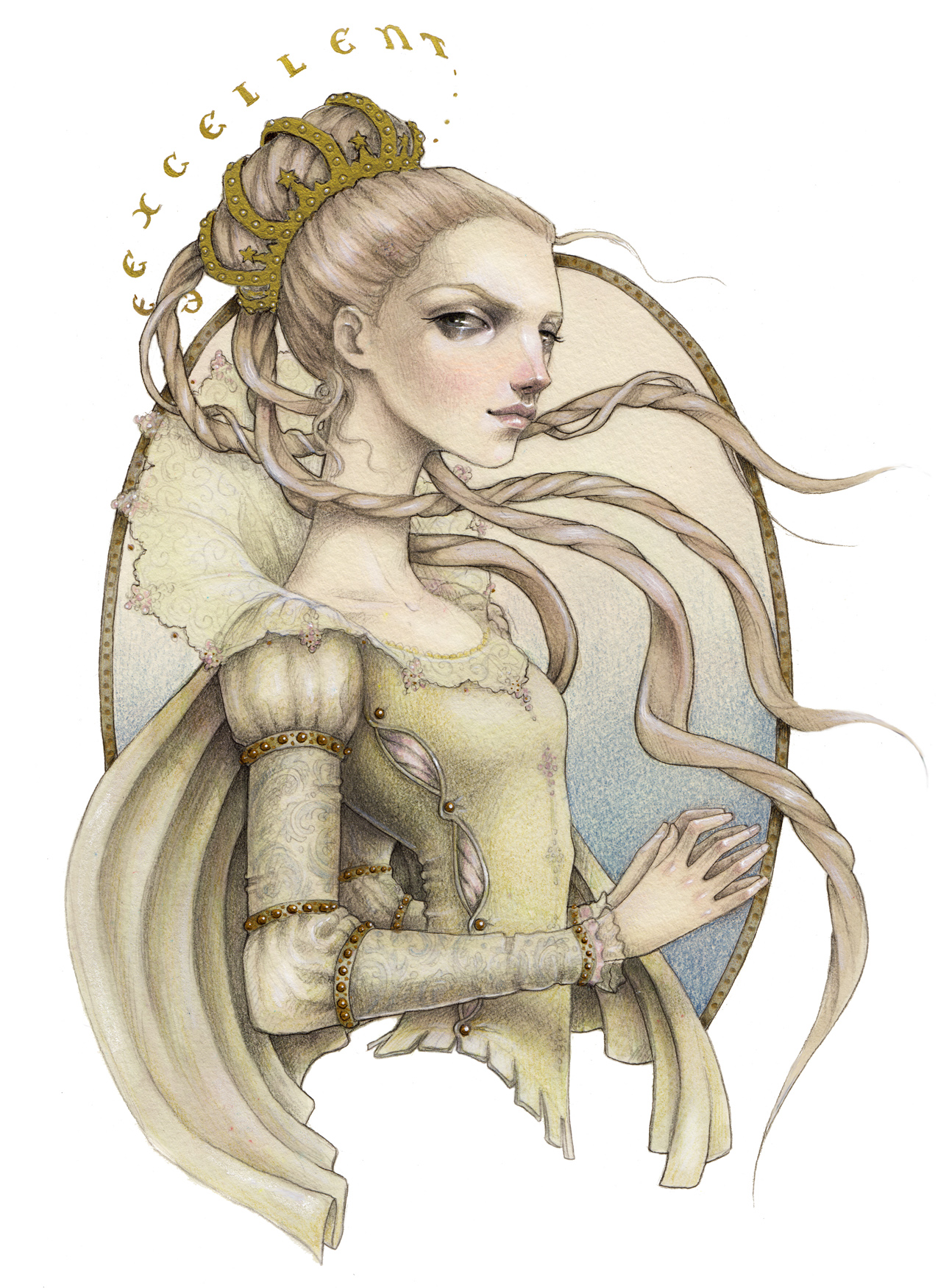 After studying and working in advertising for a few years, Erika came to the realisation that her true passion was art. Leaving the nine to five life behind, this aspiring artist seeks to immerse herself in creativity. Now working at a Melbourne art gallery, she spends her free time painting, drawing, photographing and being generally ridiculous. 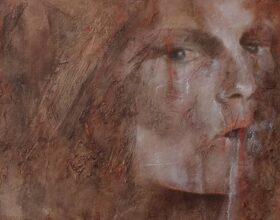 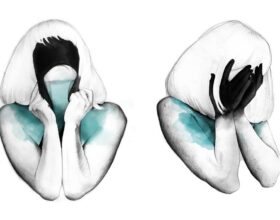 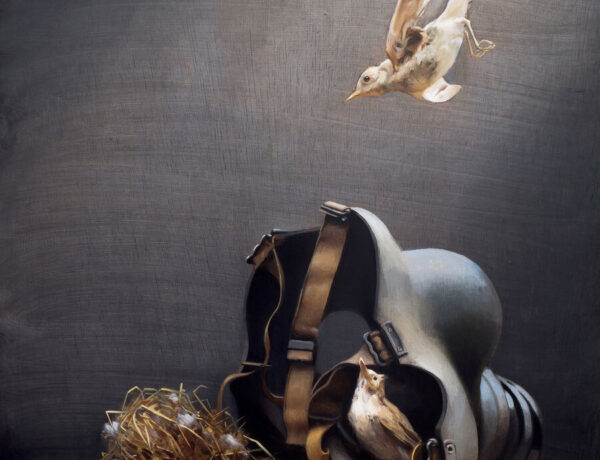